Hebden and Wilkinson are the Masters!

Les grands seigneurs du Fives lined up once more at Marlborough College for the Masters’ Championships, tightly marshalled by the Admiral and gently ministered unto by the Good Doctor Akerman. In fact, however, there was no need of medical care with these sprightly young men: it was Mark Kiteley in the Veterans’ competition who dislocated a […]

NATIONAL VETERANS CHAMPIONSHIPS Marlborough College, April 25/26th It was a case of history repeating itself at the 2015 National Veterans’ (over 45s) Championships, as the 2014 champions successfully defended their titles. John Minta took his second successive singles title, with a win over former champion Hamish Buchanan in the final, before Hamish teamed up with […]

Draws for the National Veterans Championships

Marlborough College, April 25-26th 2015 John Minta defends his Singles title; Hamish Buchanan and Bruce Hanton their Doubles title. 17 entered for the Singles; and 17 pairs for the Doubles, with players from all points of the compass. Click here for the Singles Draw and the Doubles Draw. And the Masters Doubles will be taking […] 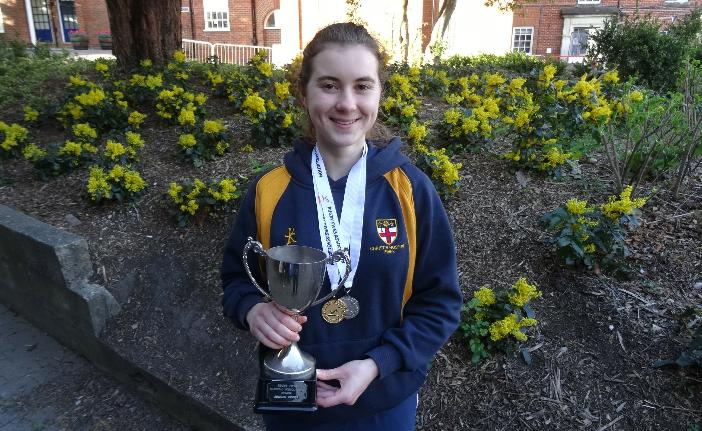 ….. at the Girls’ Championships at Marlborough, April 19th 2015 STOP PRESS: Girls from Christ’s Hospital won the U18 Singles, the U14 Singles and Doubles, and the U13 Singles, while Malvern picked up the U16 Singles and Doubles. There was one title each for Rugby (the U18 Doubles) and for Bedford Modern School in their […]

NATIONAL DOUBLES CHAMPIONSHIP Alleyn’s School, Dulwich, April 11/12th Will Ellison and Dan Tristao lived up their top seeding by winning their first National Doubles Championship as a pair – although it was neither’s first national doubles title, Will having won for the last two years with Charlie Brooks, while Dan partnered Dan Grant to the […]

NATIONAL WINCHESTER FIVES MIXED DOUBLES CHAMPIONSHIP Bradfield College, Sunday May 10th Organiser Alex Steel is now accepting entries for the National Winchester Fives Doubles Championship. In recent years, this has become one of the most fun and enjoyable events on the calendar, encouraging entrants from all codes of Fives and players of all ages. The […]

SCOTTISH OPEN CHAMPIONSHIPS Loretto School, Musselburgh, May 2nd/3rd Organiser Neil Roberts is now accepting entries for the Scottish Open Championships, which will be held at their traditional time, over the first May Bank Holiday weekend. The event – played using the Cliff ball – includes both singles and doubles championships, but as is usual in […]