Bob Dolby reports :  12 pairs vied this year for the Lady’s Cup, presented 80 years ago in memory of National Champion Philip Malt but played for these days as part of the RFA programme of Ladies’ Fives events. It was the fourth time that players had gathered at Cambridge for this competition, in which each pair consists of one schoolgirl, a female beginner, recent school leaver or undergraduette (if there is such a word!) partnered by literally anyone. And this time it was Freya Harrison from Rugby School who won with Old Rugbeian Dick Warner (who won in 2014 playing with Rugby schoolgirl Milly Richards), the pair of them beating Emily O’Malley, now coaching Eton Fives at Wrekin College, and her partner, Derby Moor’s Lewis Keates, in the final.

The entry was the most diverse yet. Apart from the 8 players from Rugby, there were 2 from Cambridge University, one from London University, two from Oxford, two from Rossall School, two from Alleyn’s, one from Bedford Modern, three masters-in-charge, plus Dick, Lewis and Emily. Three had never played Rugby Fives before; one was setting foot on court for only the second time; one master-in-charge has been playing for just a matter of weeks. Most were new to the splendid Cambridge courts where a multitude of parents and other supporters were able to watch in comfort through the glass back walls.

While play progressed on the three Rugby Fives courts the non-players were able to take part in the Ball-in-the-Box Challenge. All competitors had ten chances to score points hitting a ball into a box placed halfway up an Eton Fives court. The three top-scoring pairs were all eventually disqualified because they had either had too much practice (Emily & Lewis), used an unacceptable technique (Dick) or scored no points to back up their partner (the President). The challenge was won by Arte & Daisy from Rugby with Rugby parent Peter and younger brother Hugh – yes, families joined in — coming an honourable second. All four received SLEEP-EAT-PLAY FIVES-REPEAT mugs.

My warmest thanks to all for their support of this event, which for some involves a lengthy trip and even an overnight stay. It gives me great pleasure to see the enthusiasm of the players and the progress they make in the course of a day’s play. I look forward to seeing all again soon. 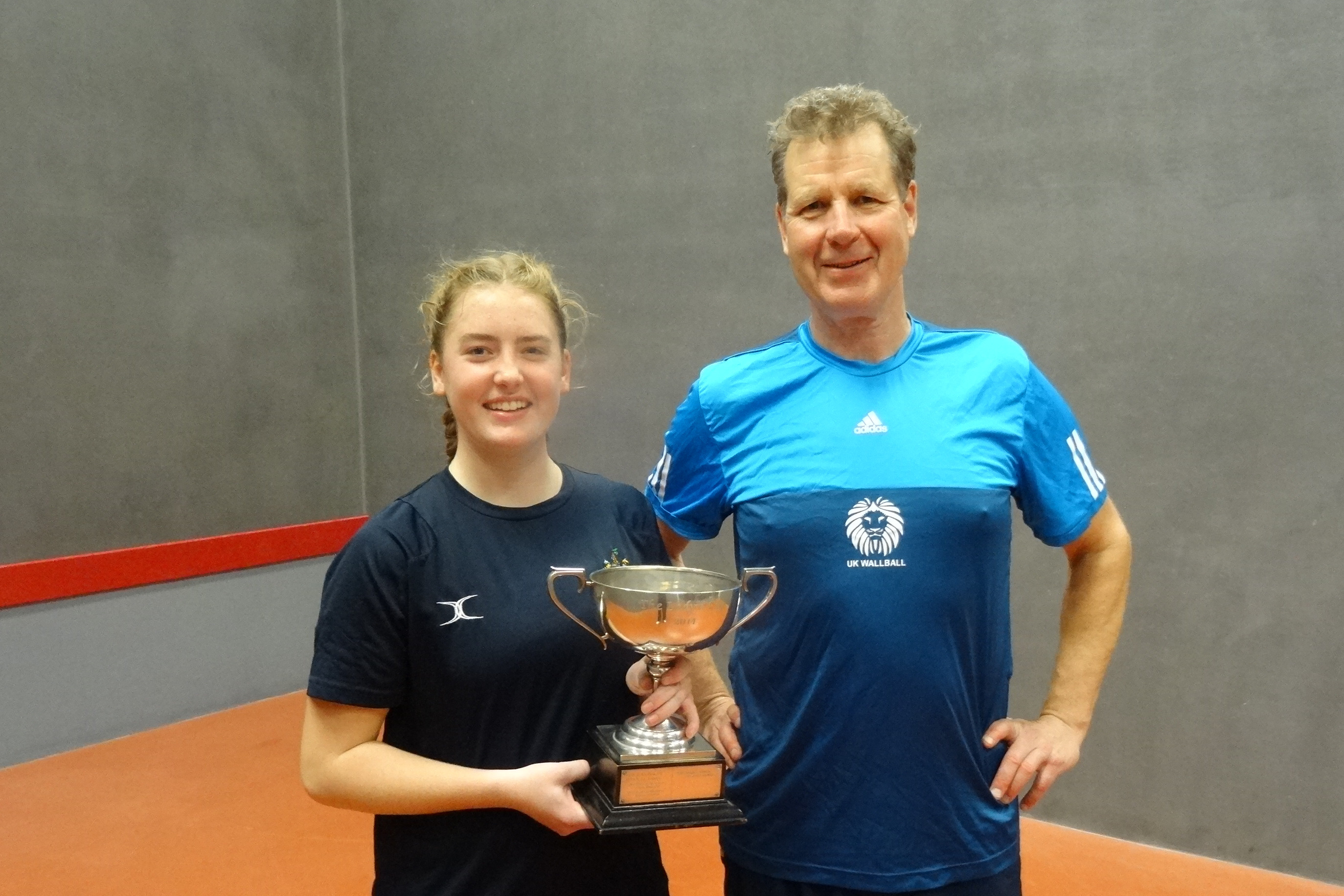 Freya & Dick with the Lady’s Cup 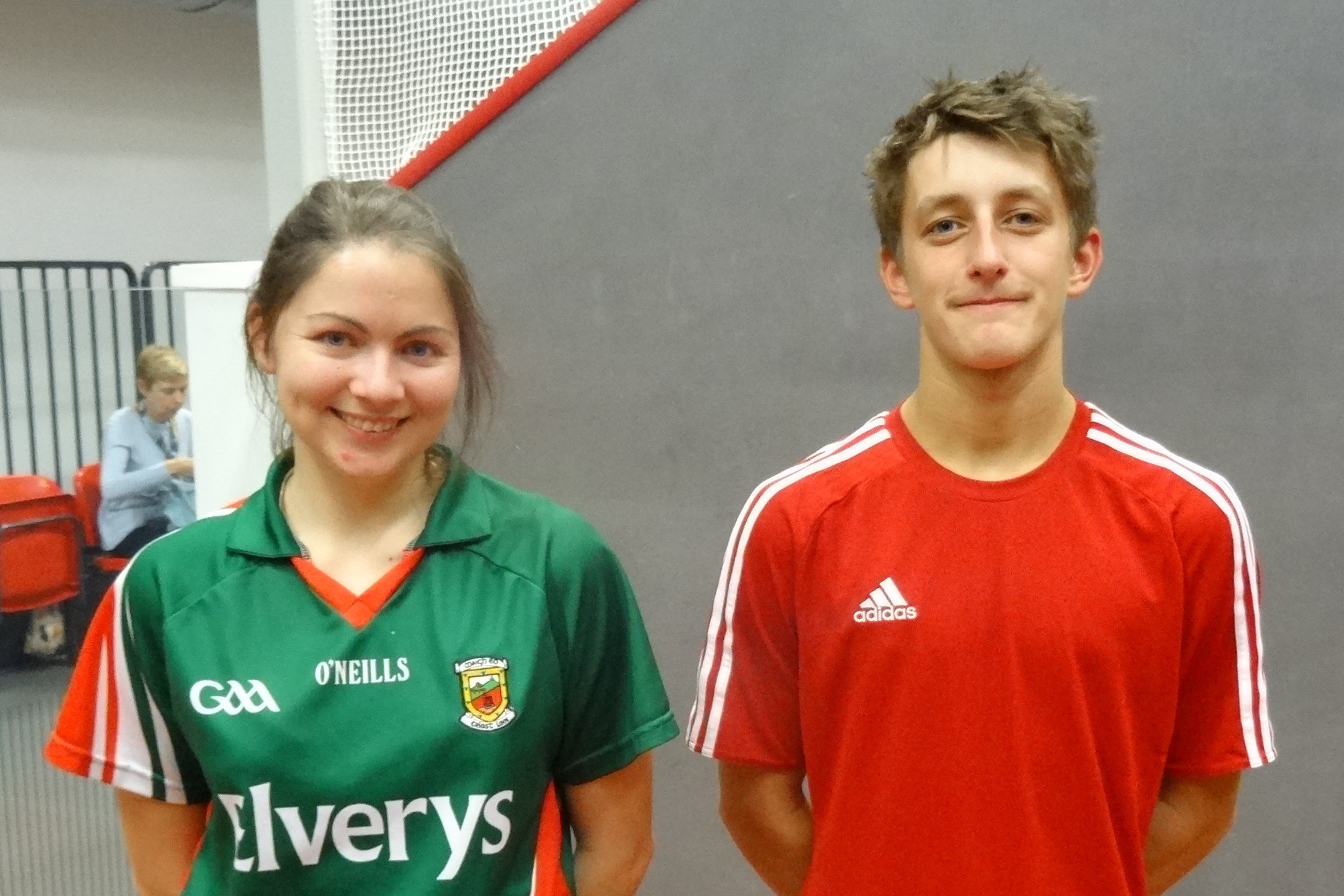