Dan Tristao won his third consecutive National Singles title (and fourth overall) in Cambridge, beating Ed Kay in the final, and what a final it was! There was superb shot-making from both players, off both hands and from seemingly every corner of the court. The first game, in particular, was Fives at its very best, leaving the crowd in awe of the athleticism and finesse on show.

The opening encounters were high in quality, with hardly anything between the two players’ standard and a gap of never more than a couple of points. Ed seemed to have made the decisive move, as a run of points saw him reach 14-9. Dan battled back, though, using all his experience, and didn’t give an inch. At 14-11, another energy-sapping rally saw Ed move Dan well out of position, only to agonisingly clip the top of the bar with what would have been a clear winner to take the first game. Dan then kept the pressure on to inch ever closer, saving game balls along the way, before forcing his own game ball. At 15-14, he summoned a superb boast shot for a front-court winner and a one-game advantage.

The second game saw more of the same: more spectacular retrieval, more deft touches and more never-ending rallies. At 8-7, it looked like it would go all the way again, but this time Dan managed to assert himself and relentlessly apply the pressure. He took the game 15-10, and with it his fourth National Singles title. For Ed, it was his first National Singles final, but surely not his last.

Saturday had got off to an inauspicious start, with train cancellations (déjà vu!) and motorway standstills delaying the early rounds. In particular, the south-westerners suffered bad luck with their travel, which undoubtedly affected their day’s performance.

The pick of the first round was Andrew Boyd’s victory against number 5 seed Dave Butler. Using home advantage, Andrew came through a very close match 15-13, 15-9, despite Dave’s fightback in the first. There was also a close game between Ollie Arnold and Julian Aquilina. Julian won the first easily, but Ollie’s mettle brought him within two points of snatching the second, before Julian won it 15-13.

On to the quarter-finals, and was there another upset on the cards? Dan Grant against the higher seeded Will Ellison looked set to be a classic and it did indeed turn out to be the best of the round, but there was no upset. Dan’s customary power and shot diversity was on show. To counter this, Will varied his pace to great effect, upsetting Dan’s rhythm and not letting him find as many winners as he would have liked. On the next-door court, in stark contrast, was a war of attrition between Charlie Brooks and seed-slayer Boyd — not the prettiest match but one of the longest at 1 hour 45 minutes. After many an ebb and flow, Charlie came through in two, making it the four top seeds in the semis.

There were no three-gamers over the weekend, but the first semi-final –- between Dan (T) and Will -– came close. These two have met so many times over the past few years, and this clash was another worthy of being a final. Their movement around the court, anticipation and tactical nous are a lesson for all young players! Dan had the edge, though, and marched on to the final. There, he met a considerably fresher Ed, who had comprehensively beaten a weary Charlie in the other semi. Nonetheless, it was Dan who eventually emerged as the champion.

Meanwhile, the Plate competition was also under way. We’re used to having an extremely high standard in the plate and this year was no disappointment. In the group stages, a repeat of the recent BUSF final was the highlight — the result being the same (Butler bt Parker), but a far closer affair at 16-15. In fact, had the players realised they were only meant to be playing to 15, the tables might well have been turned. In the other group, Richie Murby, flying the flag from the Edinburgh qualifier, rose above the others to earn a final against Dave. There, he used a combination of power and wily experience to deservedly claim the coveted trophy.

The finals weekend was being held in Cambridge for the first time, and it proved to be a huge success. The courts were superb for spectators and filming, with plenty of livestreaming, allowing fans from far afield to enjoy much of the day’s play, complete with expert commentary.

To finish on yet another positive note, this year was the highest ever entry to the tournament, with 60 players entering the qualifiers, from Tiverton to Edinburgh, via London, Cambridge and Manchester.

The competitors at the 2018 National Singles finals 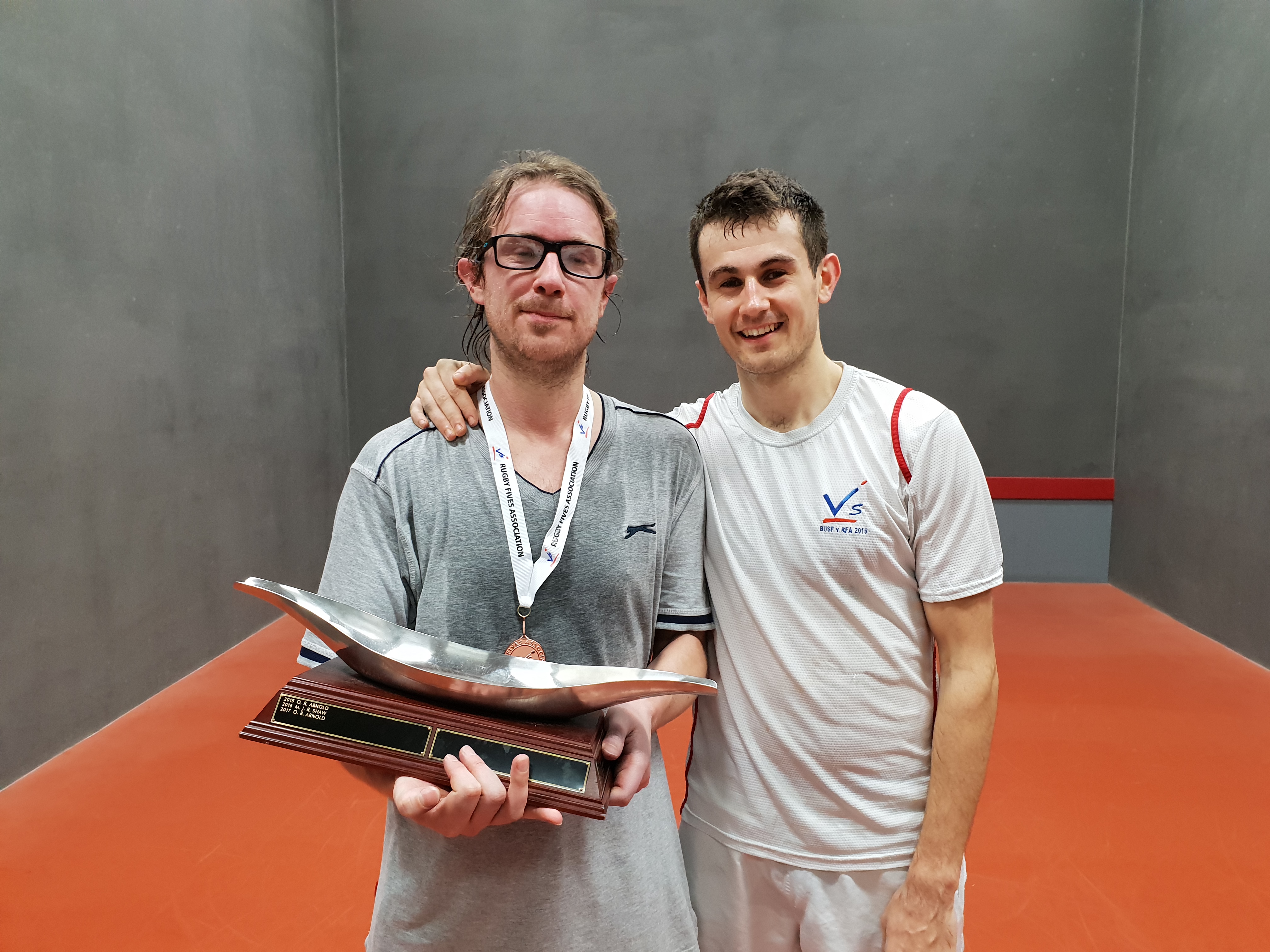