STOP PRESS  A full day’s fives in the finest tradition of the President’s Cup ended with a deserved victory in the main competition for Tom Kiggell and Stuart Scott, both first-time winners of the trophy.

David Barnes reports: It’s not just the policemen that are looking younger these days – it’s the players in the President’s Cup, too. That’s not to say that the 2019 draw didn’t contain some venerable names as well: Hamish Buchanan, Bruce Hanton and Phil Atkinson have each got their names on all four trophies over the years and have between them shared in ten wins of the President’s Cup itself. But the presence this year of school players from Alleyn’s, Merchant Taylors’, Derby Moor and Marlborough, plus several university members, brought the average age down with a bump. It was good to see players from the Marlborough Town Club adding to the mix as well.

The first round took a long time to complete, as four of the eight matches went to three games. This was a tribute to the general standard of play and the balance of the draw. The second round was more straightforward, as all four matches were won in straight games, although many of the games were close.

The semis were both hard-fought three-gamers. In the first, Ben Hale and Derby Moor’s Raheem emerged victorious over Louise Mathias and Robin Perry, winning the third game comfortably after surviving a match point in the second. The second semi-final saw Tom Kiggell (Marlborough master-in-charge) and his young partner Stuart Scott from Alleyn’s come through in the third game against Theo Parker and Giles Williams.

The final resulted in a clear-cut victory for Tom and Stuart over Ben and Raheem, who had exhausted themselves in reaching the final. The victors were a thoroughly effective pair, combining mature court-craft and youthful energy, and they deserved to win the prize. This is the third year running that a young player from Alleyn’s has been in the winning pair.

The subsidiary competitions produced some massive battles, again showing how balanced the pairs were. The Love Mug was won by Tom Watkinson and Rupert Thompson, the Mate’s Plate by Louise Mathias and Robin Perry, and the T-Pot by Gareth Price (replacing an indisposed Giles Gordon-Smith) and Alec Younger.

Huge credit goes to Gareth Price for organising the whole competition and for providing large quantities of food and drink to last through a long day’s fives. This was the second year that Marlborough College has hosted the President’s Cup on its fine courts, and we thank Tom Kiggell and the College authorities most warmly for their hospitality. 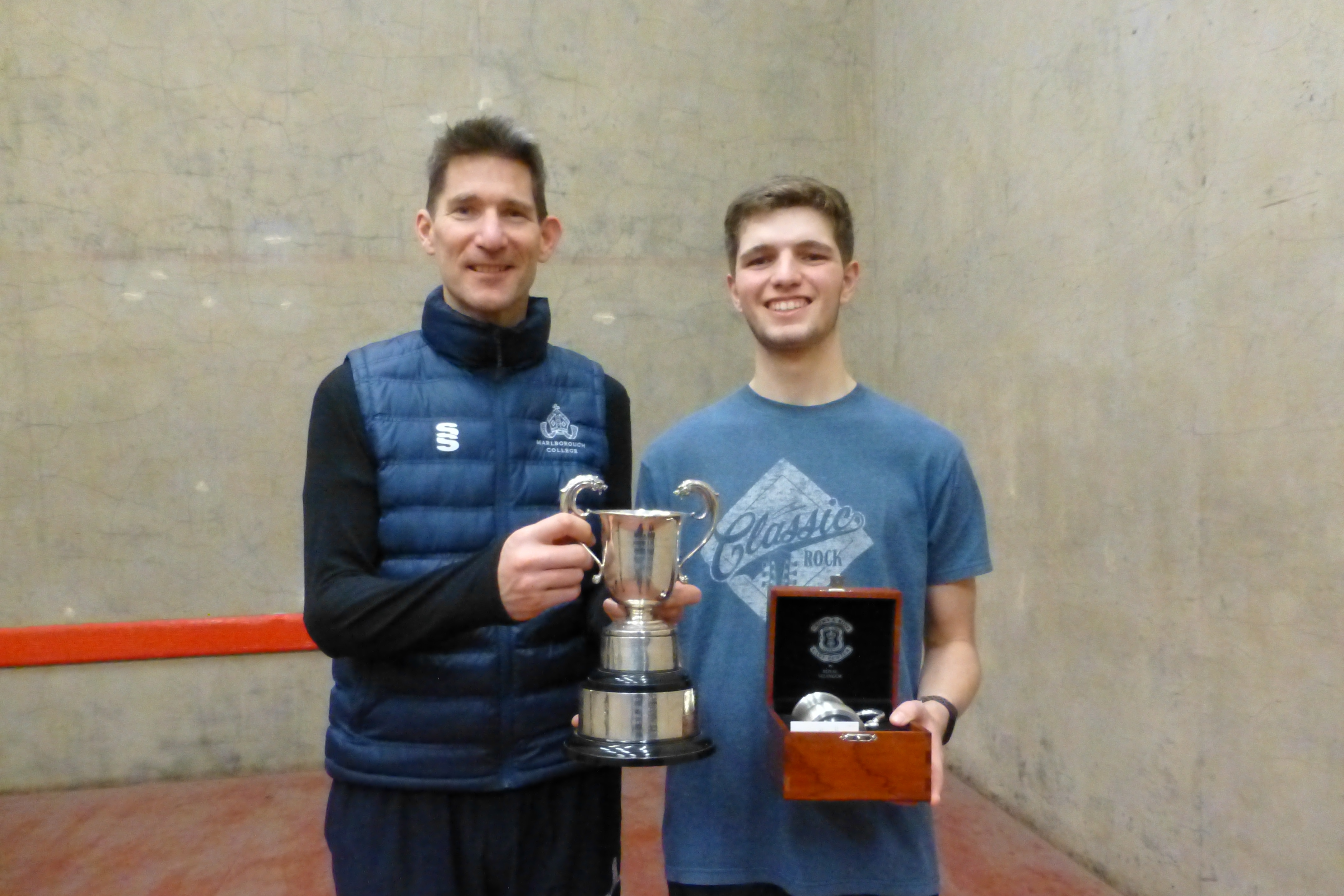 Tom and Stuart with the President’s Cup 2019 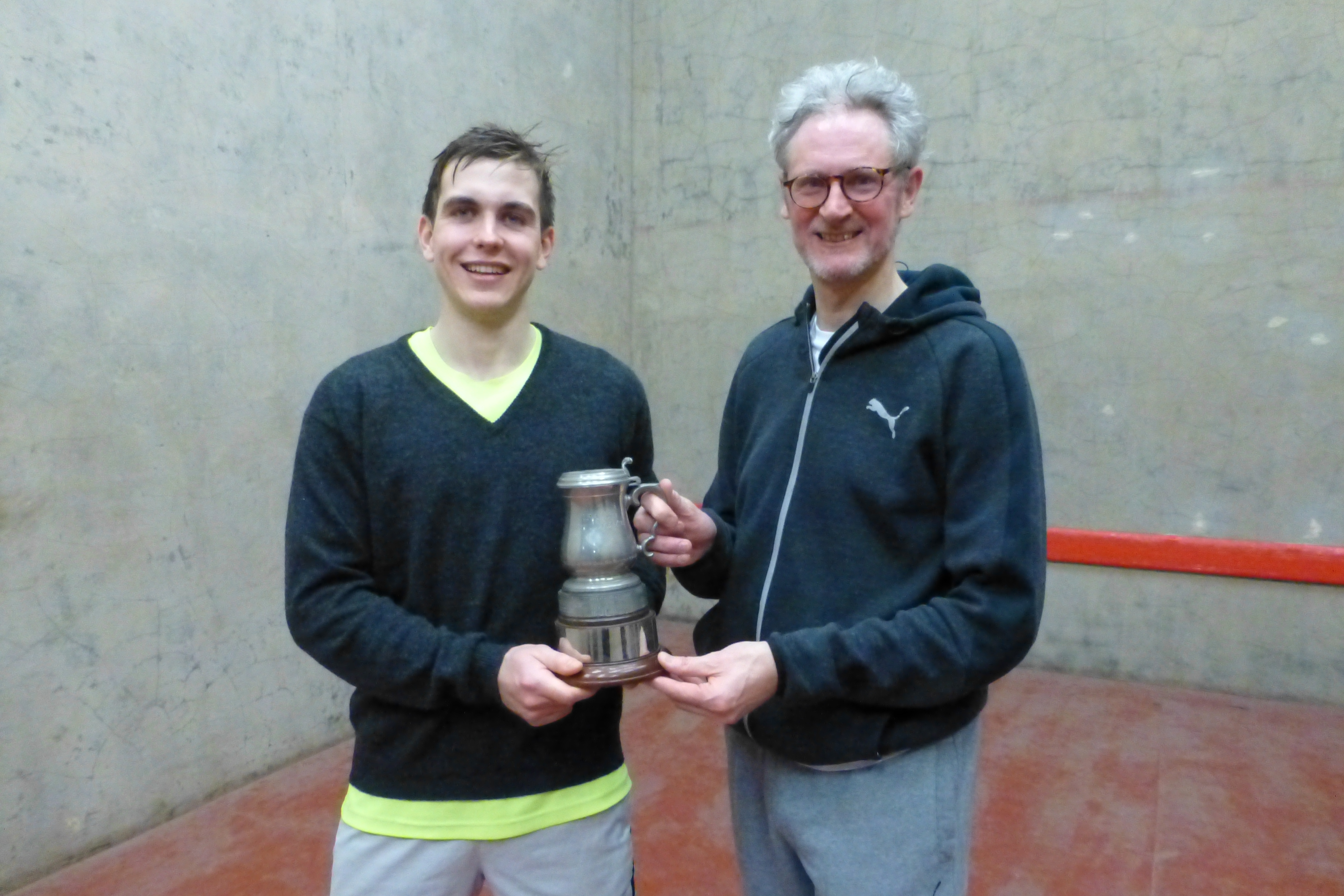 Tom and Rupert with the Love Mug 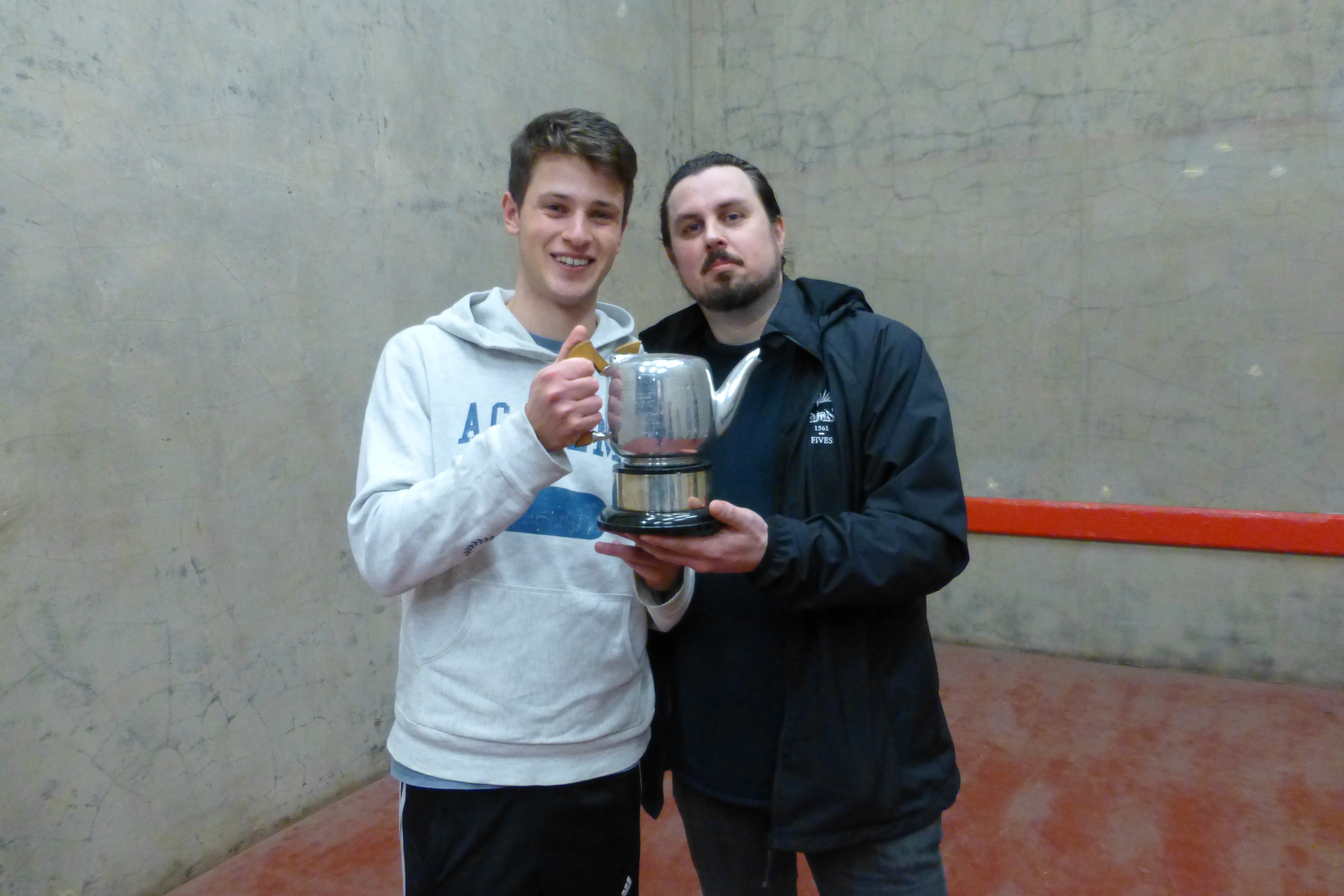 Alec and Gareth with the T-Pot 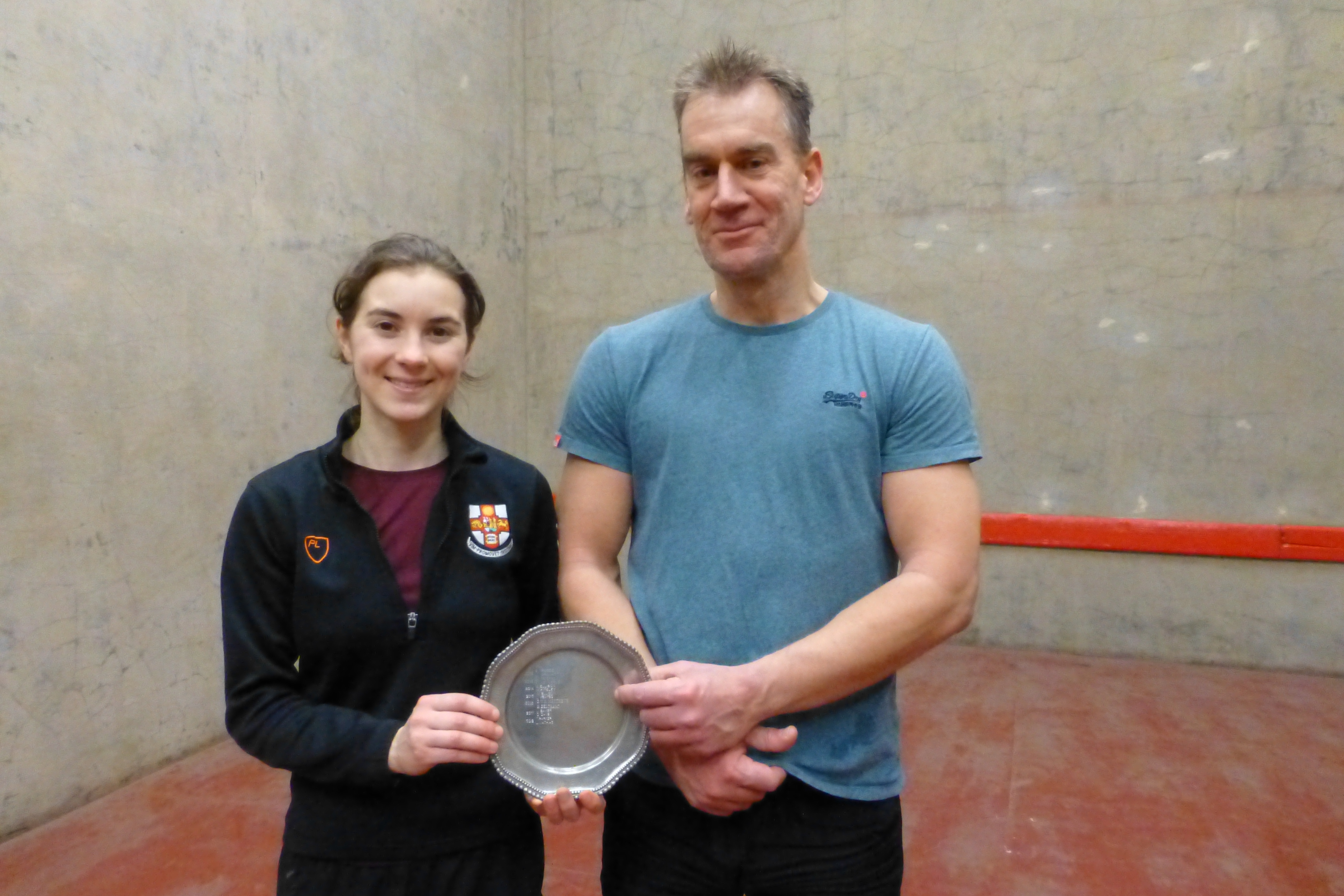 Louise and Robin with the Mate’s Plate