David Barnes reports: This year’s competition was held two weeks later than usual, in order to avoid the clash with Remembrance Sunday. We had hoped that more schools would be able to enter; in the event the only new school was Alleyn’s, but their three pairs contributed hugely to the tournament.

The ten pairs who entered were separated into two pools, with the pool winners (on points) to play the main final and the runners-up the plate final.

The first pool was deservedly won by Alleyn’s I (Wiseman & Puvanendiran), who settled down to Winchester Fives with aplomb and won all their games comfortably. Winchester II managed to come second in the pool, pipping the unlucky Merchant Taylors’, who lost heavily to Alleyn’s.

Winchester I (Fraser & Percival), finalists last year, started slowly and were pushed hard in their pool game with Marlborough I, coming from 9-14 down to win 16-14. They won all the rest of their pool games, while Marlborough proved their quality by winning just enough points to get past the lively Alleyn’s III.

The main final was a tense three-gamer. Alleyn’s won the first game easily, but Winchester suddenly remembered the buttress and changed tactics, winning the second game and setting up a grand finale. The deciding game was eventually won by the home team, but with little to spare, 15-11. Congratulations to all four players on a good final, played in the best of spirits.

The main plate was won by Winchester II, who beat a tiring Marlborough I; and a second plate, the ‘Keyring Challenge’ was won by Merchant Taylors’, who narrowly defeated Alleyn’s III.

Thanks go as ever to Winchester College for the use of their courts and changing facilities, and specially to Dr Jamie McManus, who helped greatly with the organisation of the event. 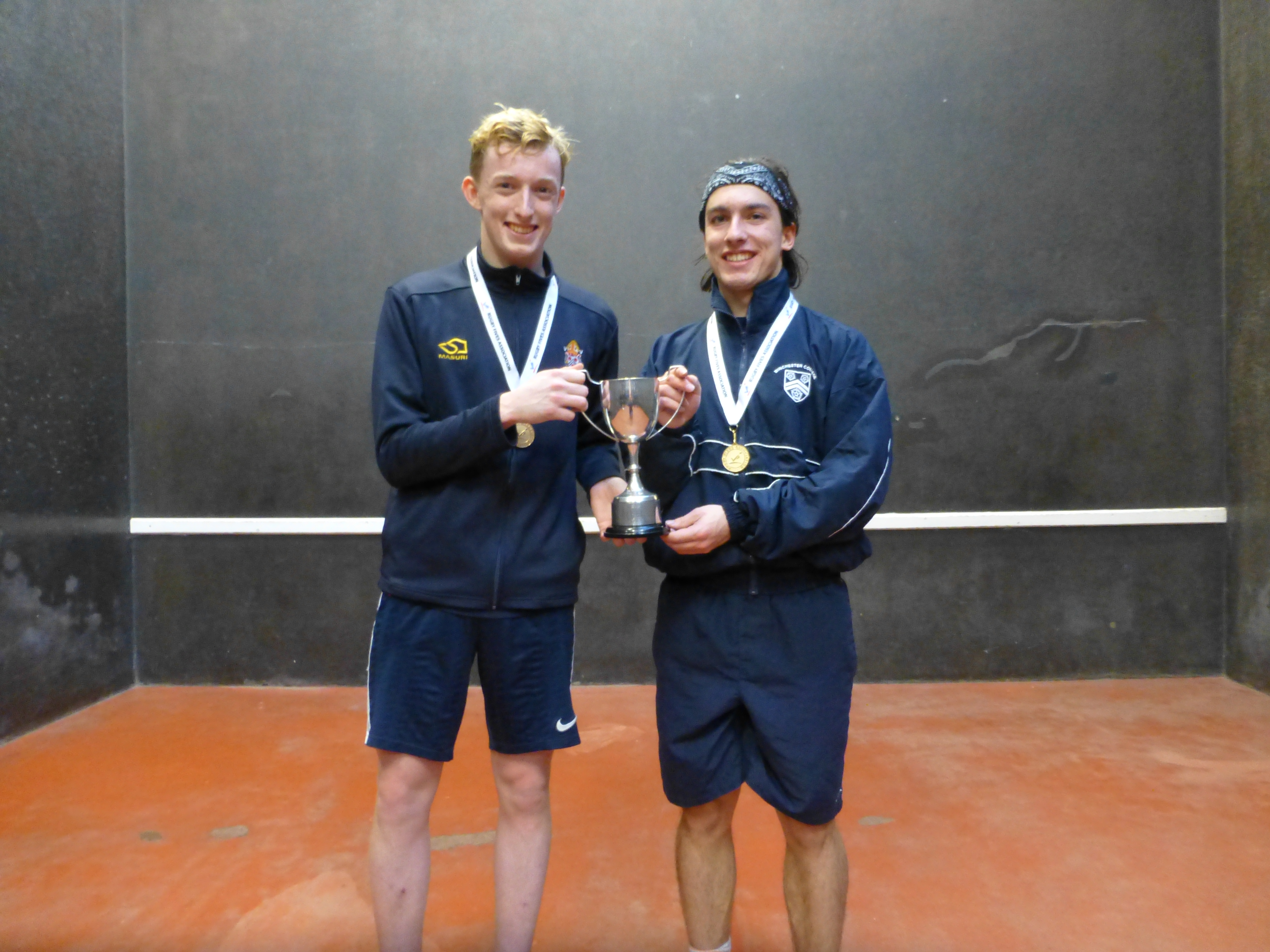 Winchester’s 1st pair with the trophy 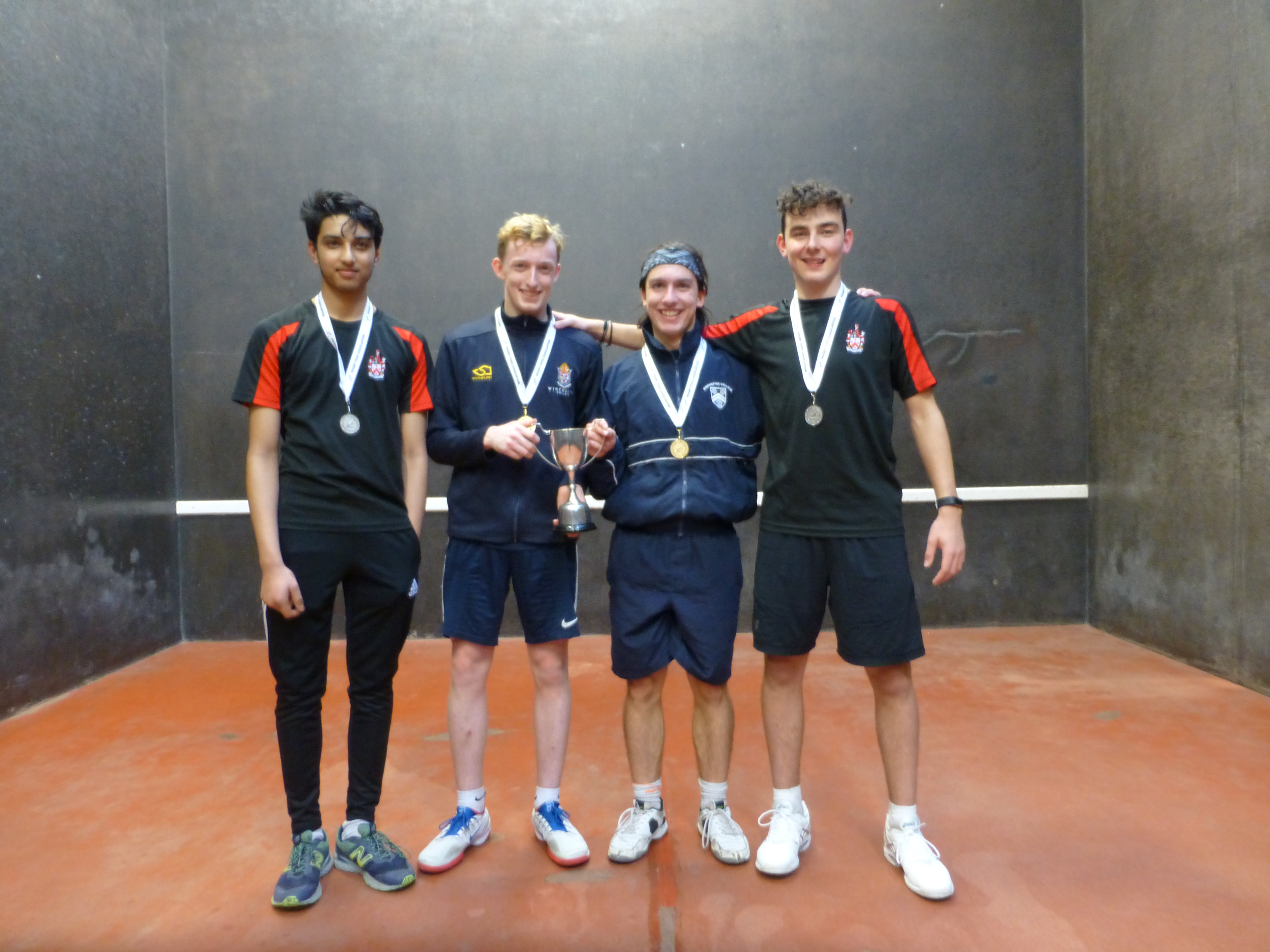 The finalists from Winchester and Alleyn’s