Co-organiser Julie McIntyre reports:  With the excitement of storm Ciara building, players from east and west of the Pennines met for the first time at the inaugural North of England Schools tournament. Minibuses were wedged in amongst the cars of football players using the pitches outside, tea and coffee was dispensed and we got down to the business of Fives.

Four young players from Rossall, six from Sedbergh, and seven from the City of Durham club battled it out for gold, silver and bronze medals in the U16 and U18 categories (and proper medals they were). All but four players were U16s, so this category was highly contested.

For the Rossall players, this was their first time away from their own courts, so they had a new back wall to contend with. They picked this up in no time and threw themselves into their matches with gusto. Sedbergh also suffered the disadvantage of having no buttress to aim at, but were soon firing the new Wisemans into the corners very skilfully.

It was a chance for everyone to improve, play new people, and meet up with our nearest Fives schools. Contacts were made for future meetings, and there was plenty of chat.

Many thanks go to Tom Wakelam for the draw, and to masters -in-charge Jon and Lee for their enthusiasm and help throughout the day. Thanks to Durham University for being so accommodating, on a particularly busy sporting day at the Racecourse Ground.

Singles only at this meeting, as we couldn’t fit in doubles too, with the number of players and just two courts, but we look forward to another round soon. 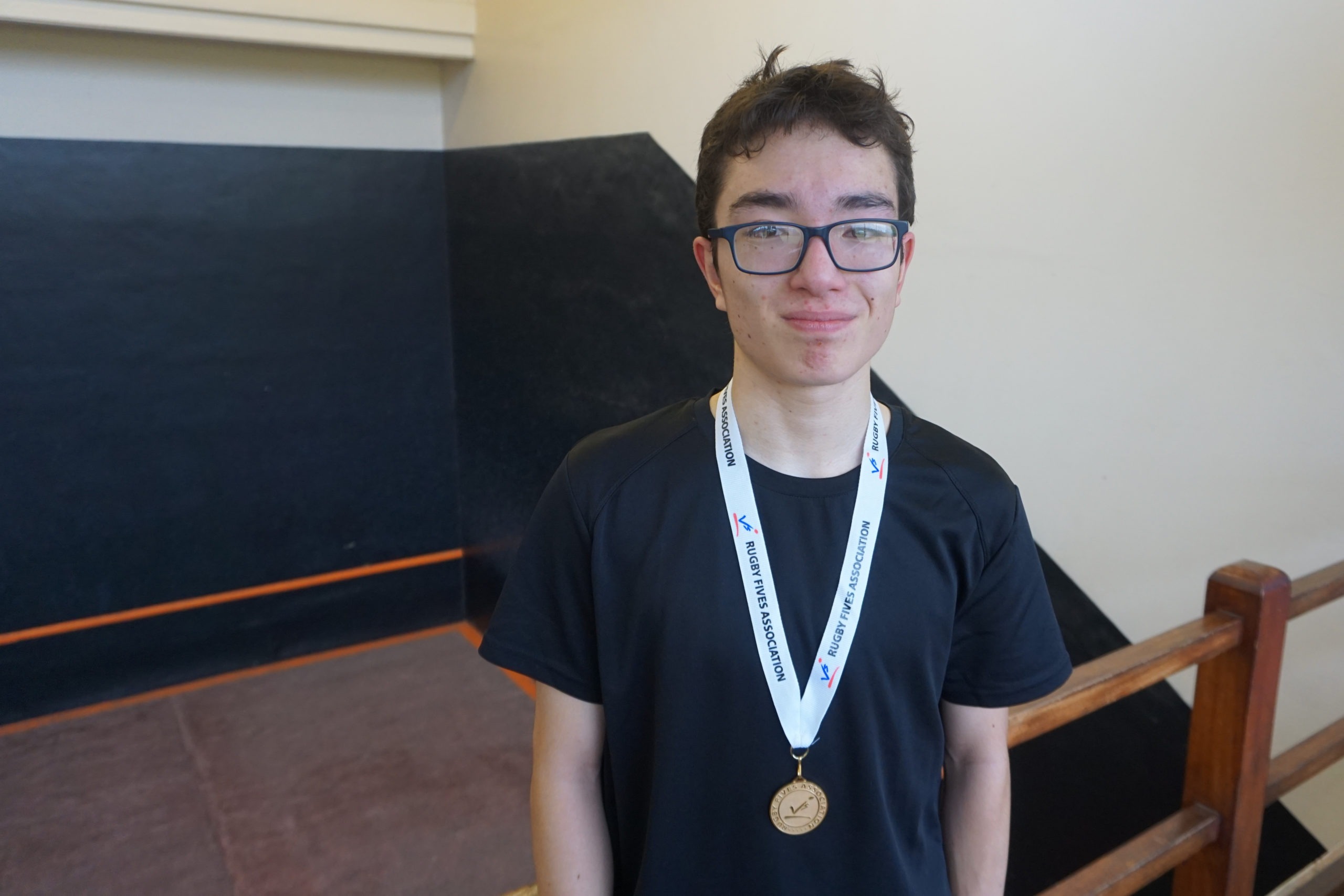 The U16 Singles champion from the home club 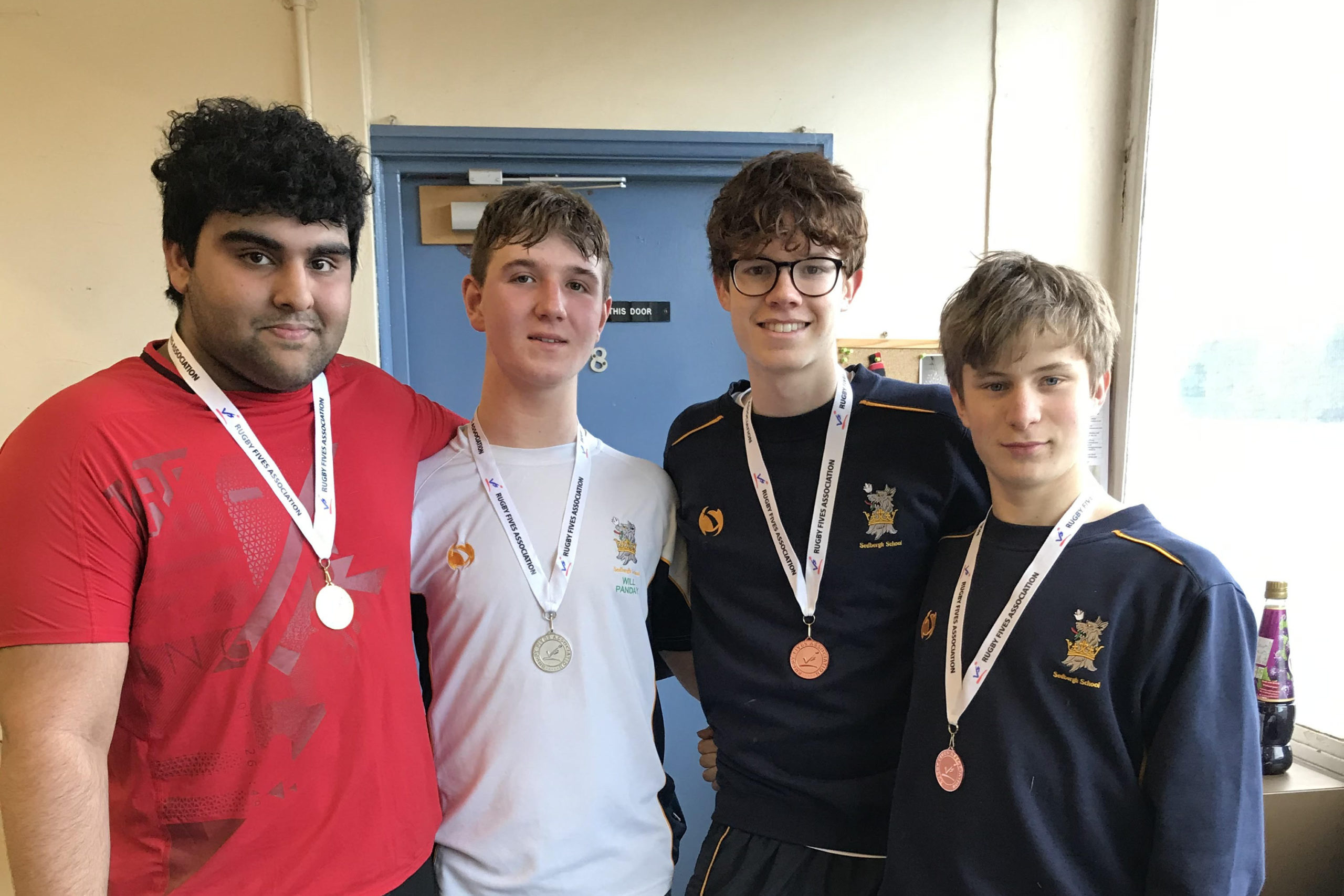 The medallists from Rossall (1) and Sedbergh (3)