The RFA is sorry to hear of the death of Alan Maltby, at the age of 76. Alan served as Honorary Secretary of the RFA from 1968 to 1973, attending over 40 meetings during his time on the Committee. He was also a member of the RFA Club Committee from 1971 to 1978, a Jester since 1969 and a stalwart of the Old Tonbridgian Fives Club for many years. He played in the National Masters Doubles at Marlborough College in 2013 and 2015, when he and Neil Arnott “took the non-existent Bronze medal”.  Alan impressed his fellow players with what Ian Fuller described as “his enthusiasm for the game and his overriding positive attitude in all things — even at the end”.

Neil Arnott from the Old Tonbridgians writes of Alan: He was a very regular player [with the OTs], often travelling from his last surveying engagement a long distance and then happily heading home to Canterbury, far further than any other player, such was his enthusiasm. He also started playing again pretty quickly after his hip replacement, and I know was a regular skier along with his family. He always was full of life and his enthusiasm for the game most infectious. 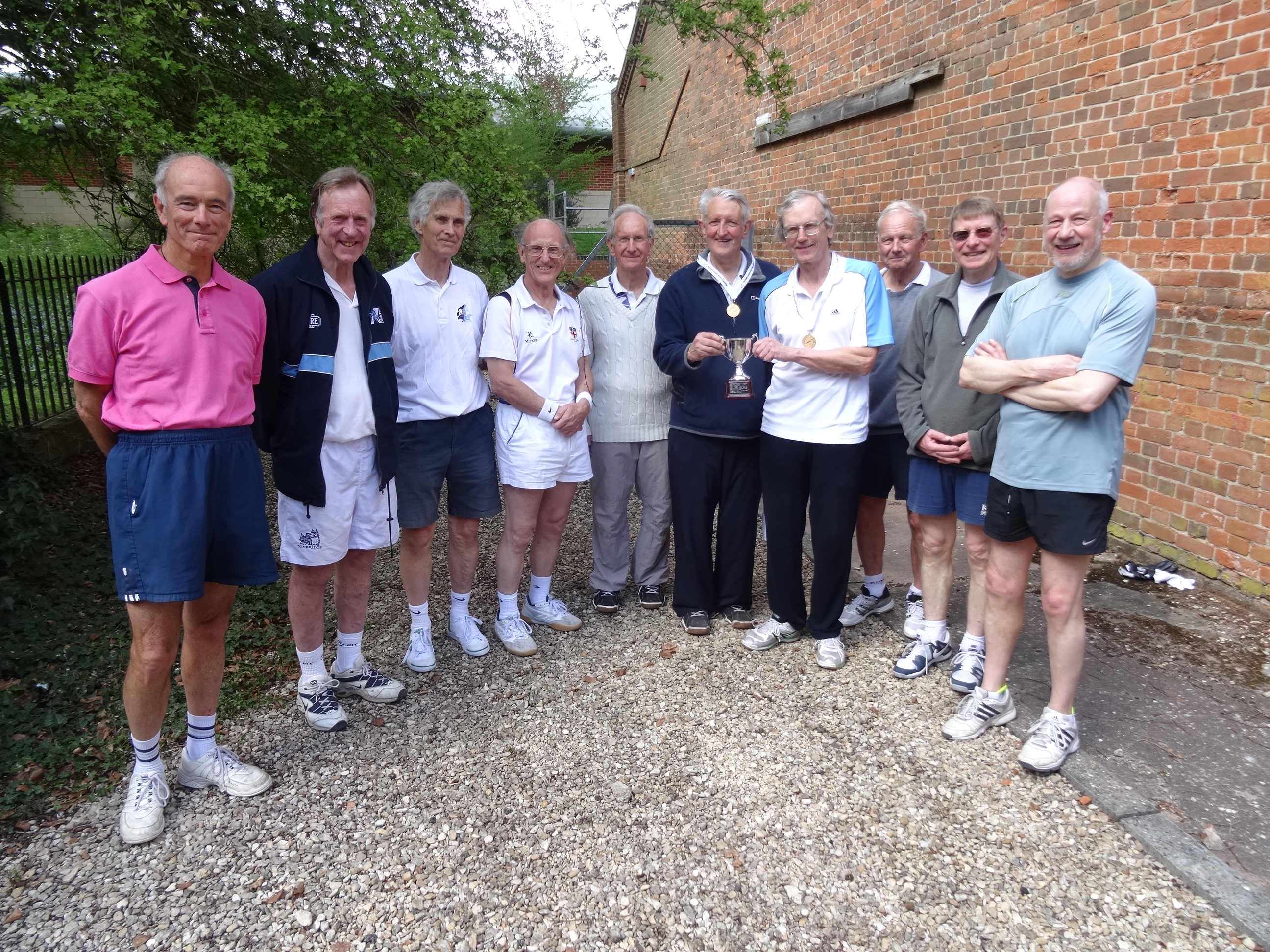 Alan Maltby, second from the left, between Neil Arnott and Frank Akerman