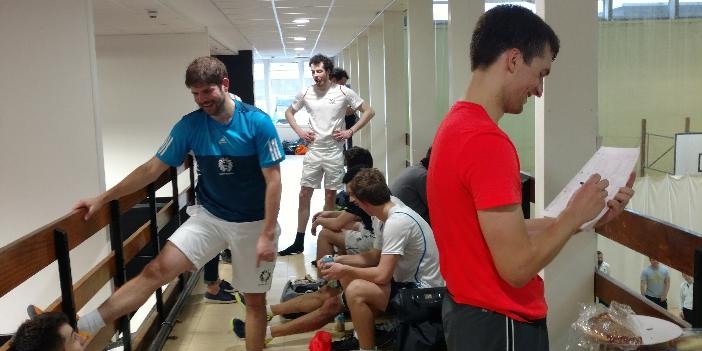 In a match moved from Cambridge to St. Paul’s because of the bad weather an extremely strong RFA side reversed the result of the previous two years in their annual match against a representative student team.

The RFA side — the RFA All Stars — selected and captained by Hamish Buchanan featured national singles champions Dan Tristao and Will Ellison, plus Will’s Cyriax-winning partner Charlie Brooks. They were joined by Julian Aquilina and Dan Grant, himself a former national doubles champion and 4 times BUSF Singles champion.

Together they inflicted a 222-178 defeat on a student side missing multiple BUSF champion Ed Kay but which nevertheless included the very best of what was referred to on Will’s scoresheet as ‘The Next Generation’: Ben Beltrami, Dave Butler, Theo Parker, Matt Shaw, Ollie Arnold and Sam Russell.

The match was close until the final round of doubles, the RFA’s lead of 24 points after the singles having been cut to just 14 at that stage. As so often in this fixture the greater experience of the RFA side eventually told.