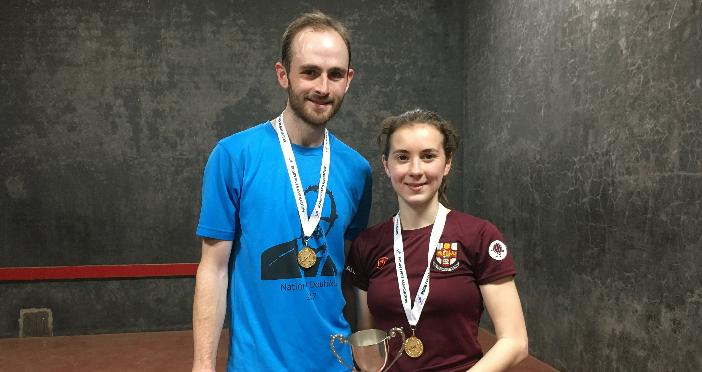 As the dust settled on the end of a record-breaking Premiership football season, so Bradfield College witnessed a Mixed Doubles tournament that was packed with every bit as much drama and tension.

The Winchester Fives Mixed Doubles tournament has grown in stature in recent years, with more and more elite players competing. This year, for instance David Butler played for the first time – just a week after winning the Scottish Open singles championship. He was partnering another first-timer, Shinan Zhang, and they came agonisingly close to winning the event.

They certainly provided the first shock of the day by beating the defending champions, Ollie Arnold and Louise Mathias, in the opening round-robin section. However, in the end, both pairs did enough to claim places in the semi-finals after scoring good wins over the other pairs in their group.

By comparison, the second group was a much closer affair. Eventually, Andy Pringle and Alex Steel secured three wins out of three to top the group, but it was hard work. The pool’s two young pairs – Katie & Joe Sumner and Gwydion Wiseman & Martha Nugent, all but one of whom are still at school – pushed the former champions very hard, but it was the final group match, against Howard Wiseman and Dom Redmond, that was the game of the tournament so far.

It was a match of contrasting styles, pitting two hard-hitting Rugby Fives players against the guile and craft of two Eton Fives veterans. It was horribly close through the whole game, with Dom and Howard’s serving causing huge problems for their opponents. Both weren’t just hitting the buttress, they were hitting the bottom of the buttress, so that ball didn’t bounce up – meaning Andy and Alex couldn’t get into rallies, let alone win points.

It was an important result, ensuring they would top the group, while Gwydion (with Martha) would be the Wiseman to reach the semi-finals. However, for both pairs, that was as far as they would get, soundly beaten by better pairs. They went on to play a third/fourth place play-off, with Andy and Alex winning the unofficial (and non-existent!) bronze medals.

The plate final also featured a Wiseman, as Howard & Dom lined up against the Sumners. However, by this stage Howard’s serve had lost its sting and Katie and Joe came through to win.

For all that, though, the final is what will see this event remembered for years to come. It was the closest final this event has ever seen – and almost certainly the highest-quality, too.

Dave and Shinan had won the pairs’ encounter in the round-robin, so they were perhaps slight favourites. And, indeed they won the first game – but it was as keenly fought as the 15-13 scoreline suggests.

The second game was even closer, but after saving several match points, it was Ollie and Louise who finally clinched it 16-15. That set up a deciding third game – and it was every bit as tight as the previous two games. In fact, the lead may well have swapped as many times as the Premiership lead swapped between Manchester City and Liverpool during the course of the season.

Not for the first time in the event, it was a game of contrasting styles. Dave was very much the dominant partner in his pair, flying round the court to take by far the majority of the shots – although it must be said that, when Shinan was called upon to play shots, she did so with real power and plenty of skill. By contrast, Ollie and Louise shared the work much more evenly – and to great effect.

Inevitably, there was almost never more than a point or two between the pairs during the game – and it’s hard, if not impossible, to pinpoint any one reason why the winners actually came out on top.

All we can say is that, over the crucial final points of the final game, it was the defending champions who held their nerve and were able to force critical mistakes from their opponents. It wasn’t a significant number of errors, but the fact that they came at the end of the match made them significant. In the end, the final game went to Ollie and Louise 15-12. But, the looks on their faces at the end suggested relief as much as joy.

The match was a fitting end to a wonderful event, and we feel sure that Dave and Shinan will be back next year to mount an even stronger challenge – especially as it looks as if Ollie’s studies mean he won’t be around to defend his title… 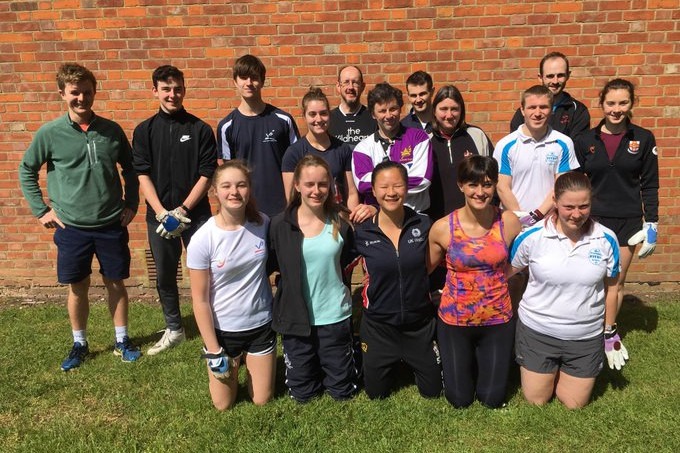 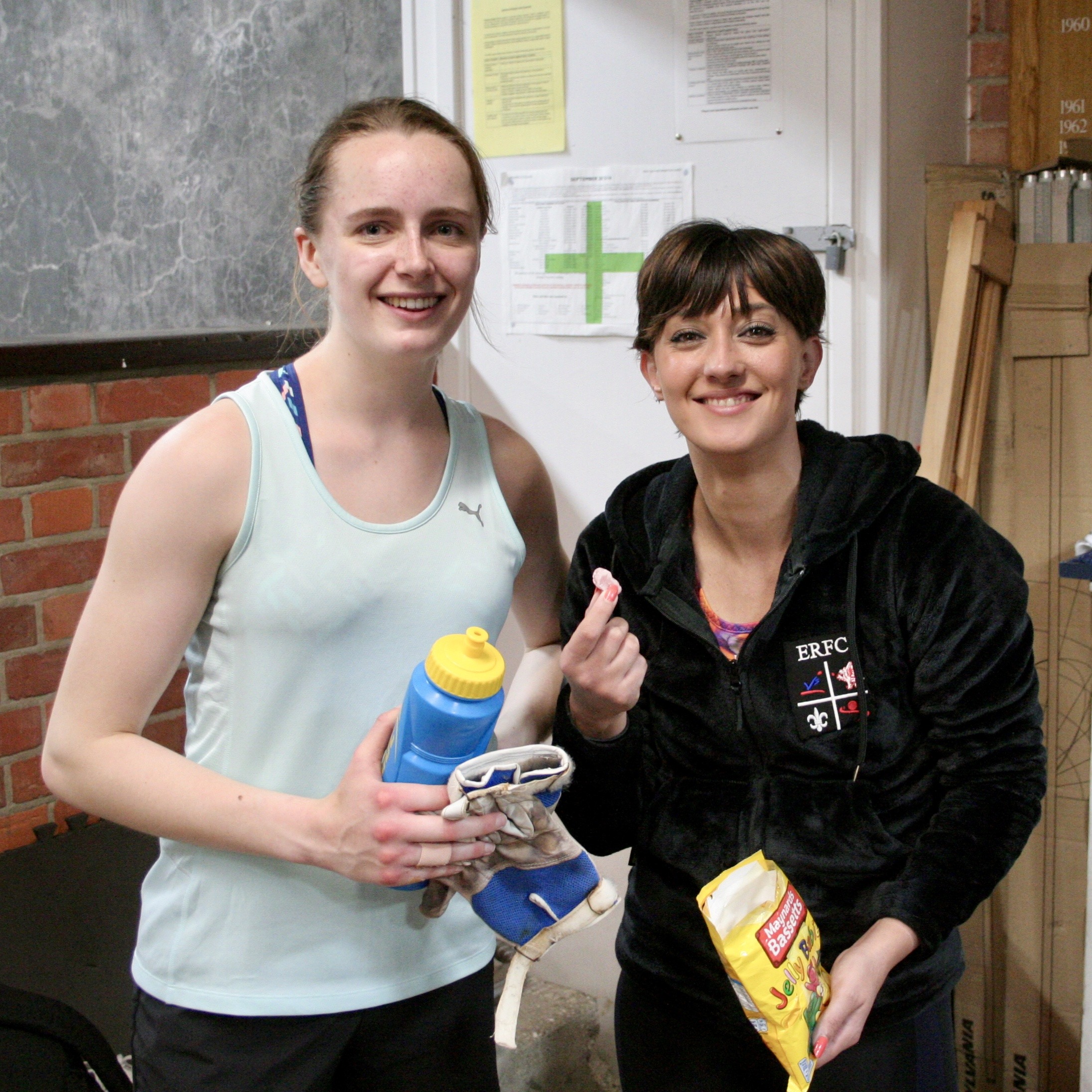 Ibby and the organiser 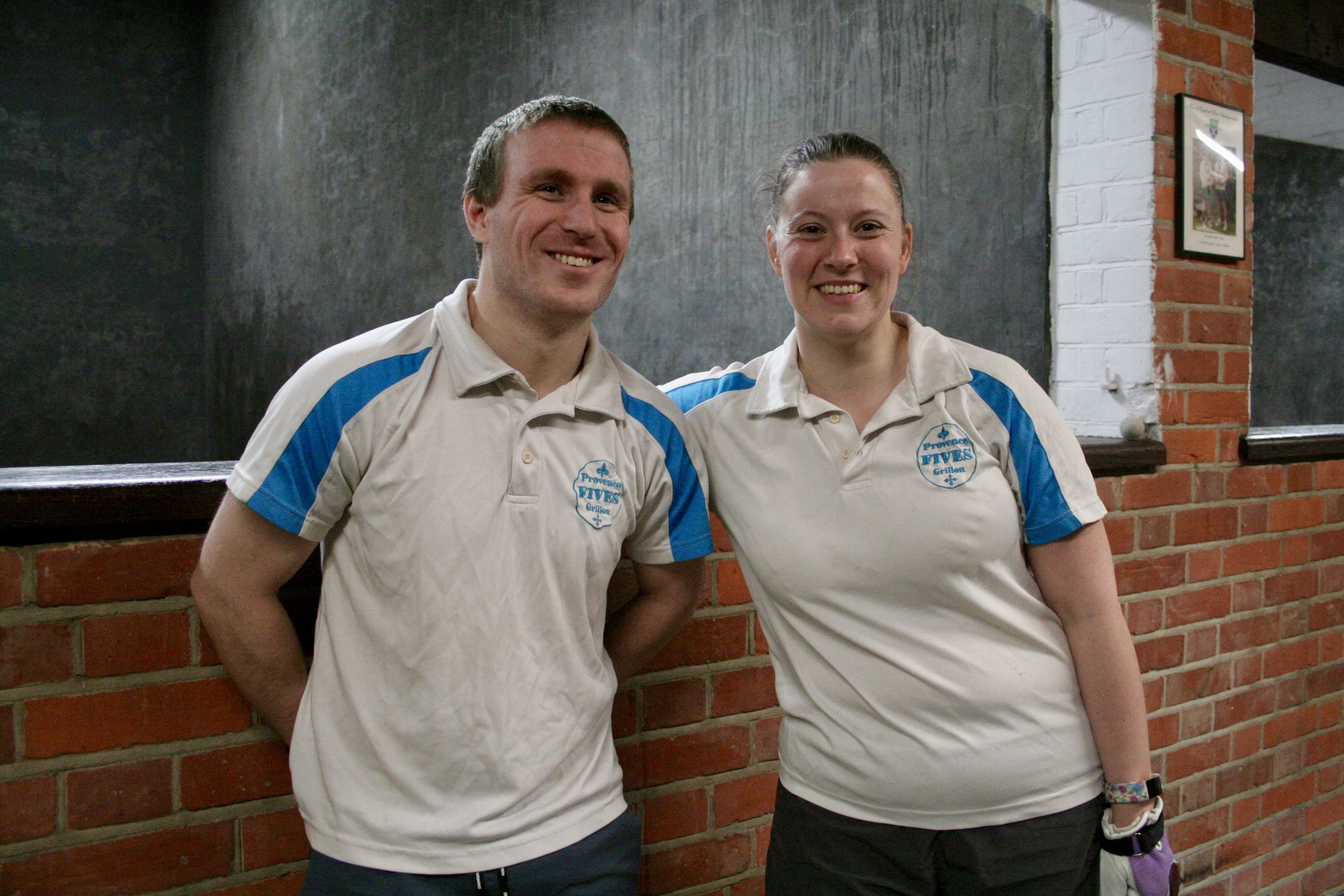 Our friends from the world of Eton Fives … 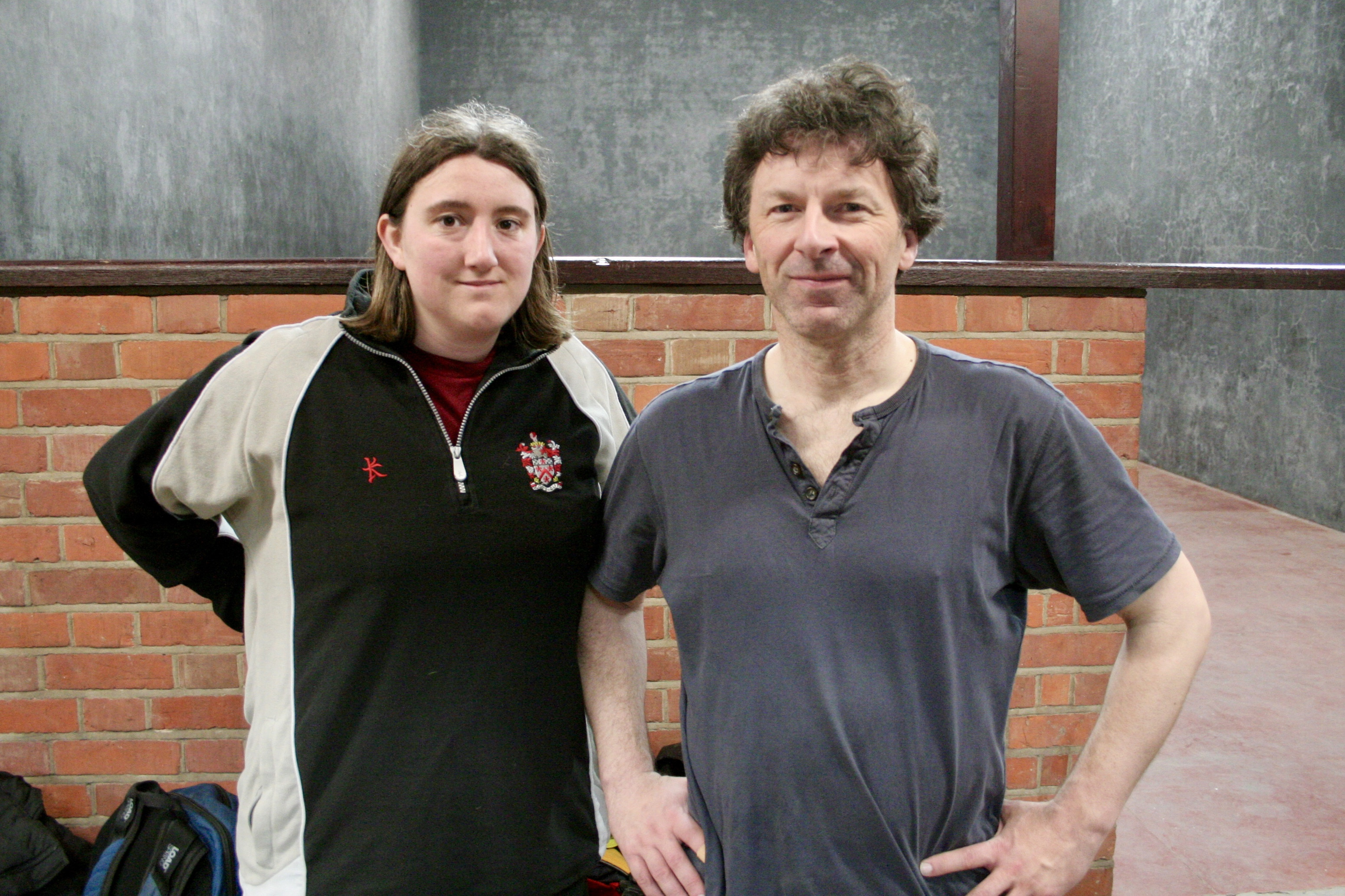 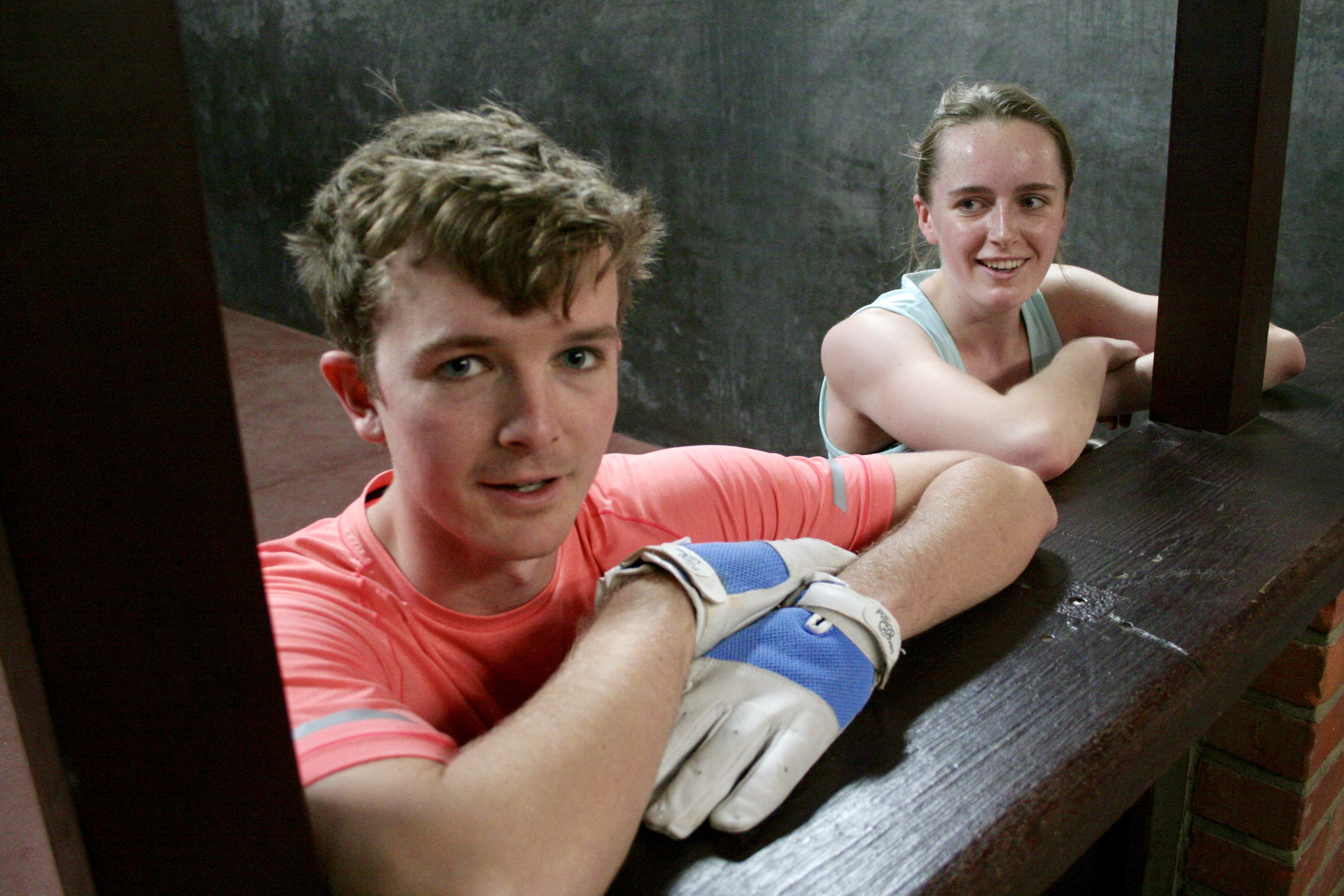 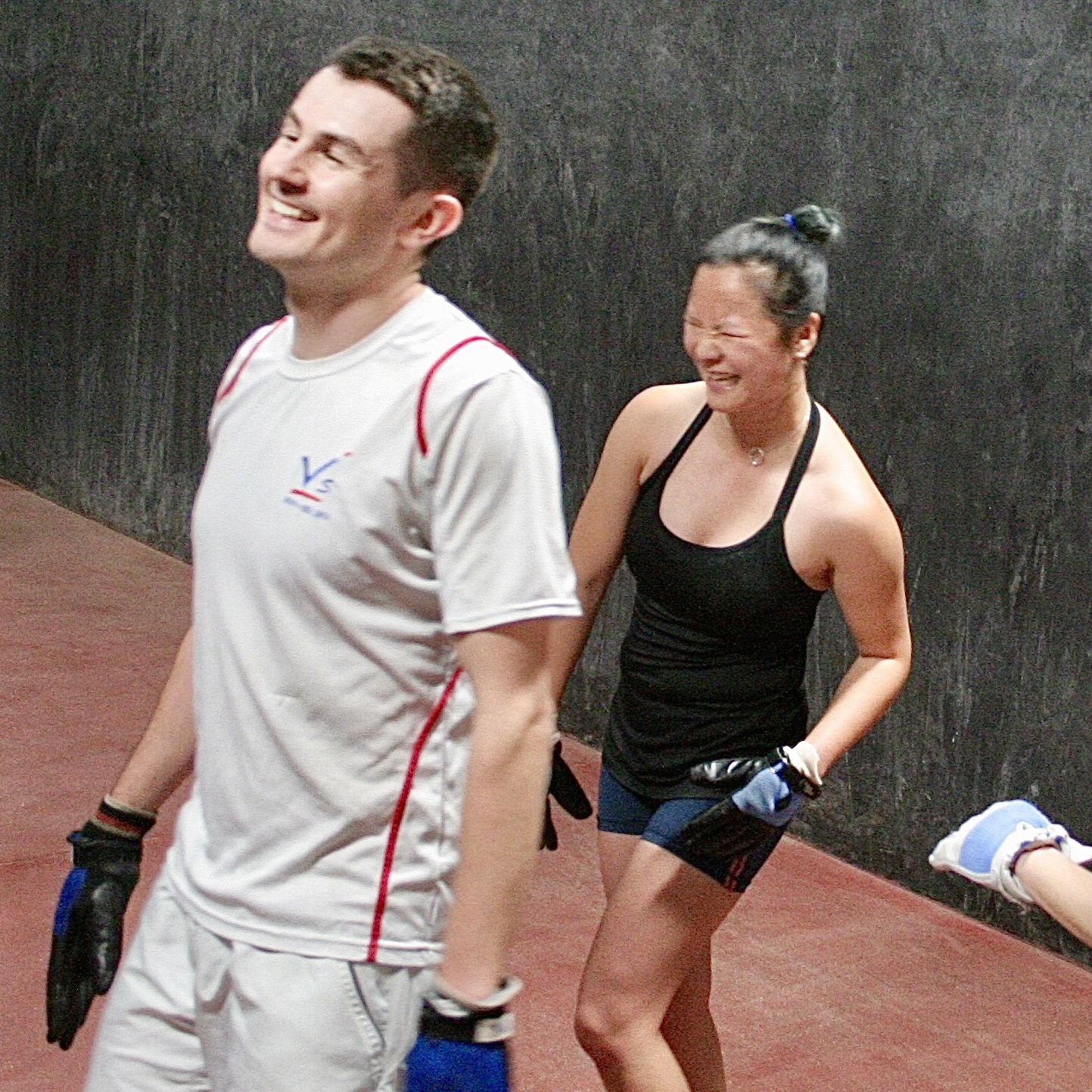 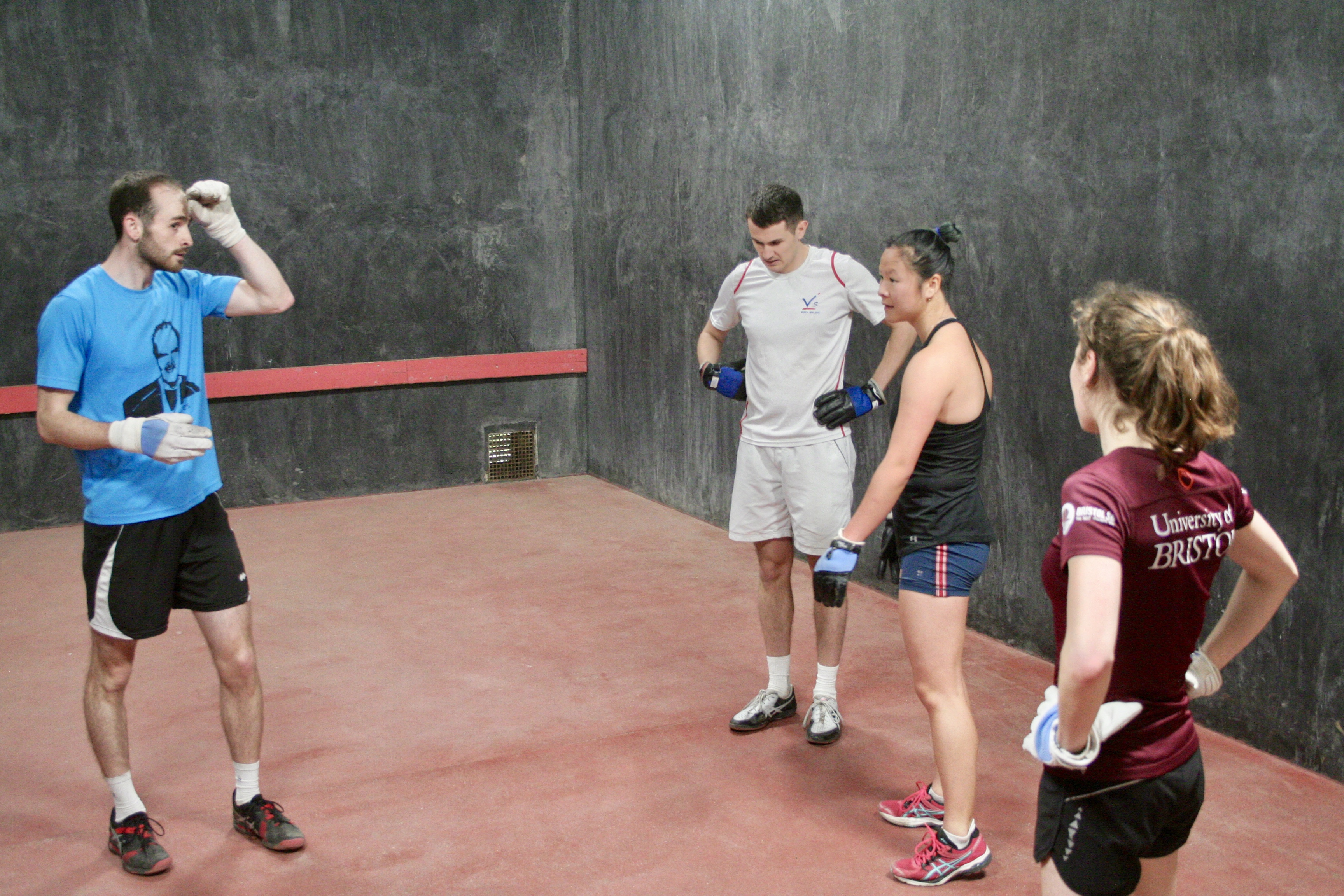 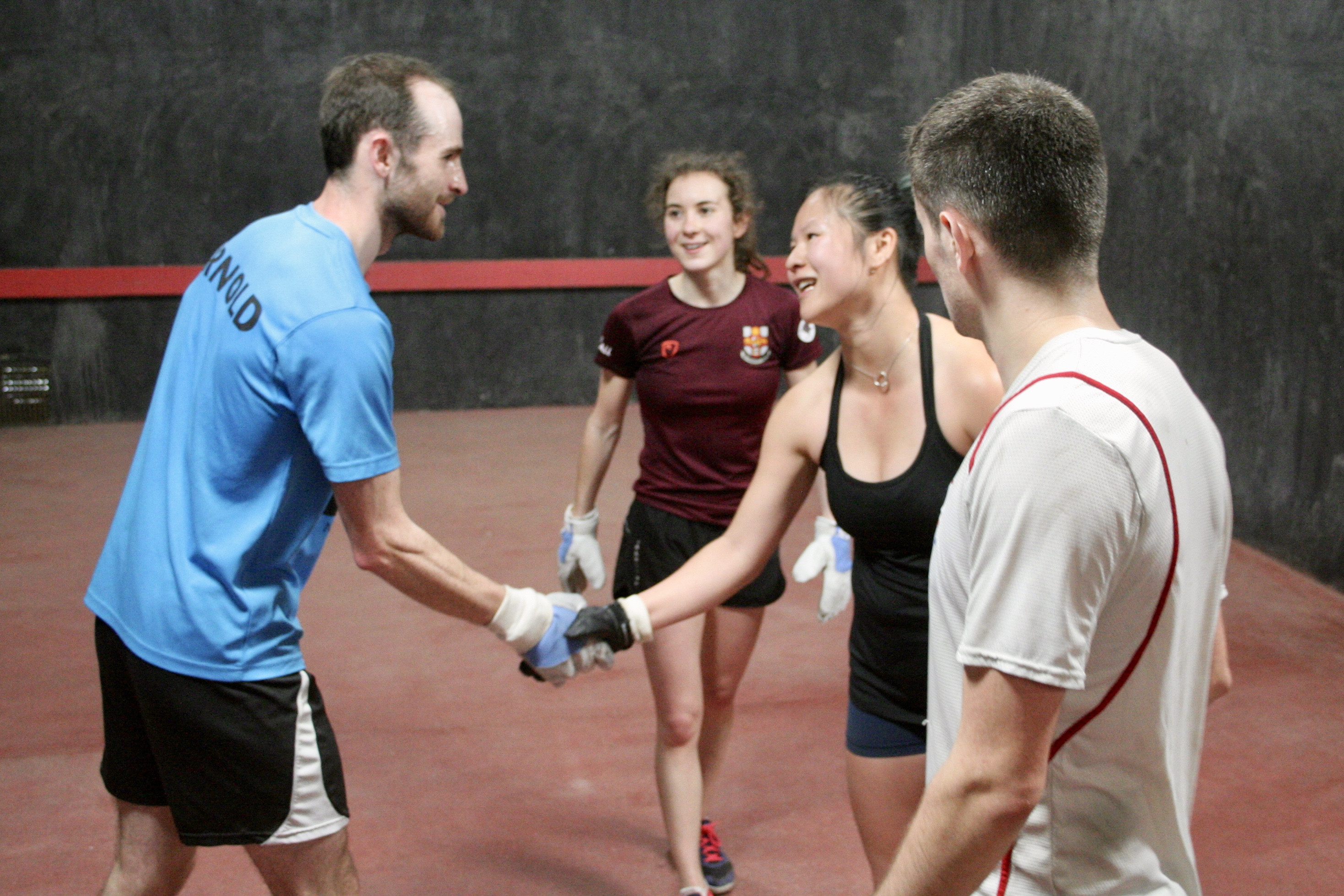 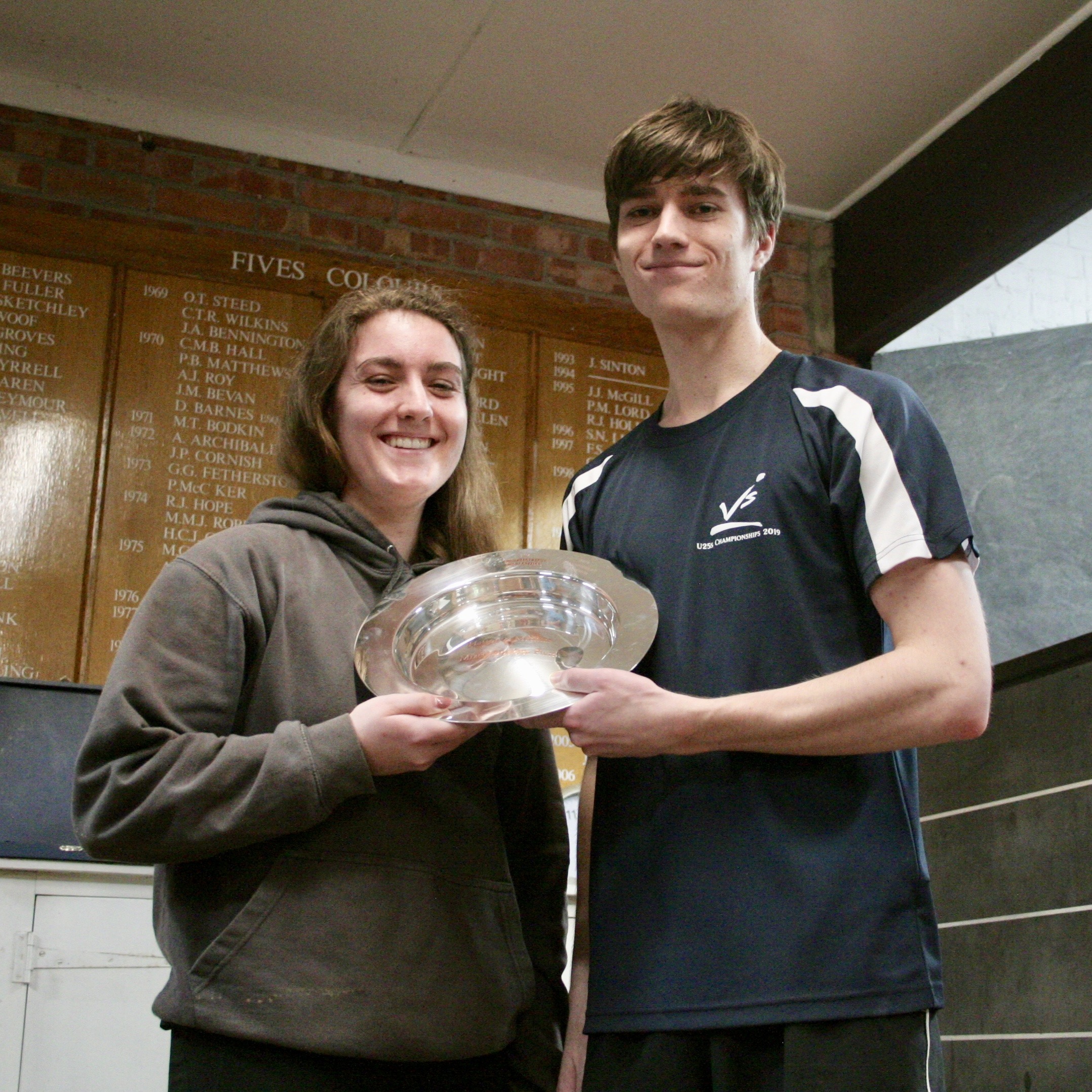 Their collection is growing … 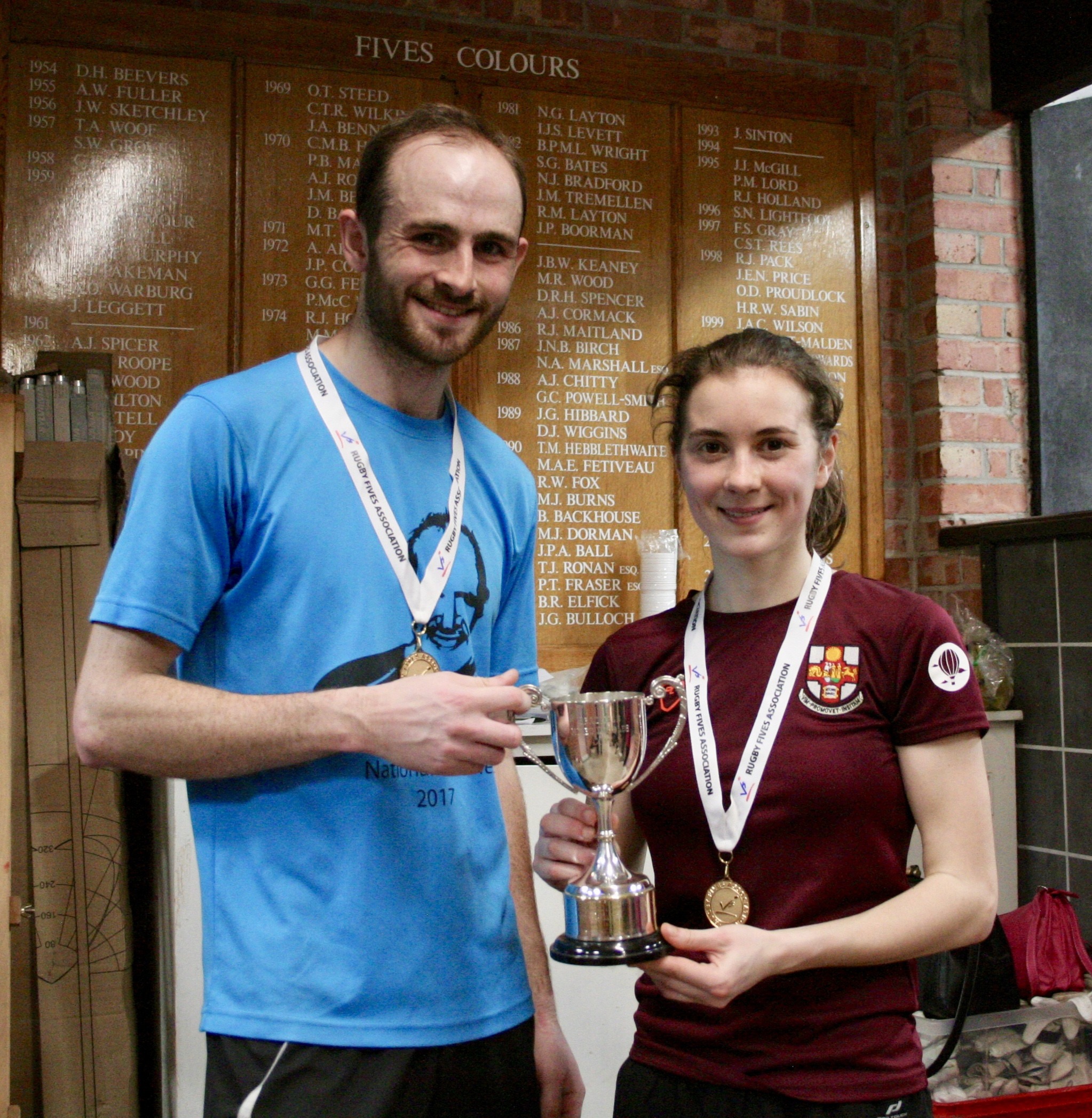