Organiser Harry Akerman reports:  From the moment Will Ellison and Ed Kay were the first people to enter this year’s Barnes Bridge we realised it was likely that other entrants were playing for the minor medals, and so it turned out, as Will won his 10th title and with him Ed won his 4th.  Not significantly tested till the final, they won a hard-hitting contest against Ollie Arnold and Ben Beltrami in two entertaining and high quality games. There is no doubt that Ollie and Ben would have won a few of these tournaments if Will and Ed were not around but sadly for them Will shows no sign of slowing down….. at least not until he has overtaken Dave Hebden’s 14 titles!

For the rest of the players, we enjoyed an excellent day of Winchester fives on the newly refurbished Malvern College courts. The school have done an excellent job with new roofs, fresh paint and bright lights to make them an attractive place to play over the coming years.

Once the semi-finalists were decided via 4 groups of round robin matches the Plate then consisted of 7 pairs each playing against each other. There was little to choose between most of the pairs and indeed no pair went through unbeaten. Louise and Cameron beat Chris and Joe, Chris and Joe beat Steve and Ben, Steve and Ben beat Will and Harry and Will and Harry beat Louise and Cameron! At the end of an exhausting round of matches it was Ben and Steve that took on Chris and Joe in a best-of-3 games final, with Steve and Ben winning the plate that they won two years ago.

Next year we plan to be in Sedbergh School to see how their refurbished courts are looking and we hope to get a decent entry. It is likely there will be Saturday rugby-watching and evening fives, followed by the tournament on the Sunday and a possible walk on the Monday, so why not make a long weekend of it!

Thanks very much to Malvern College for the generous use of the courts and facilities. 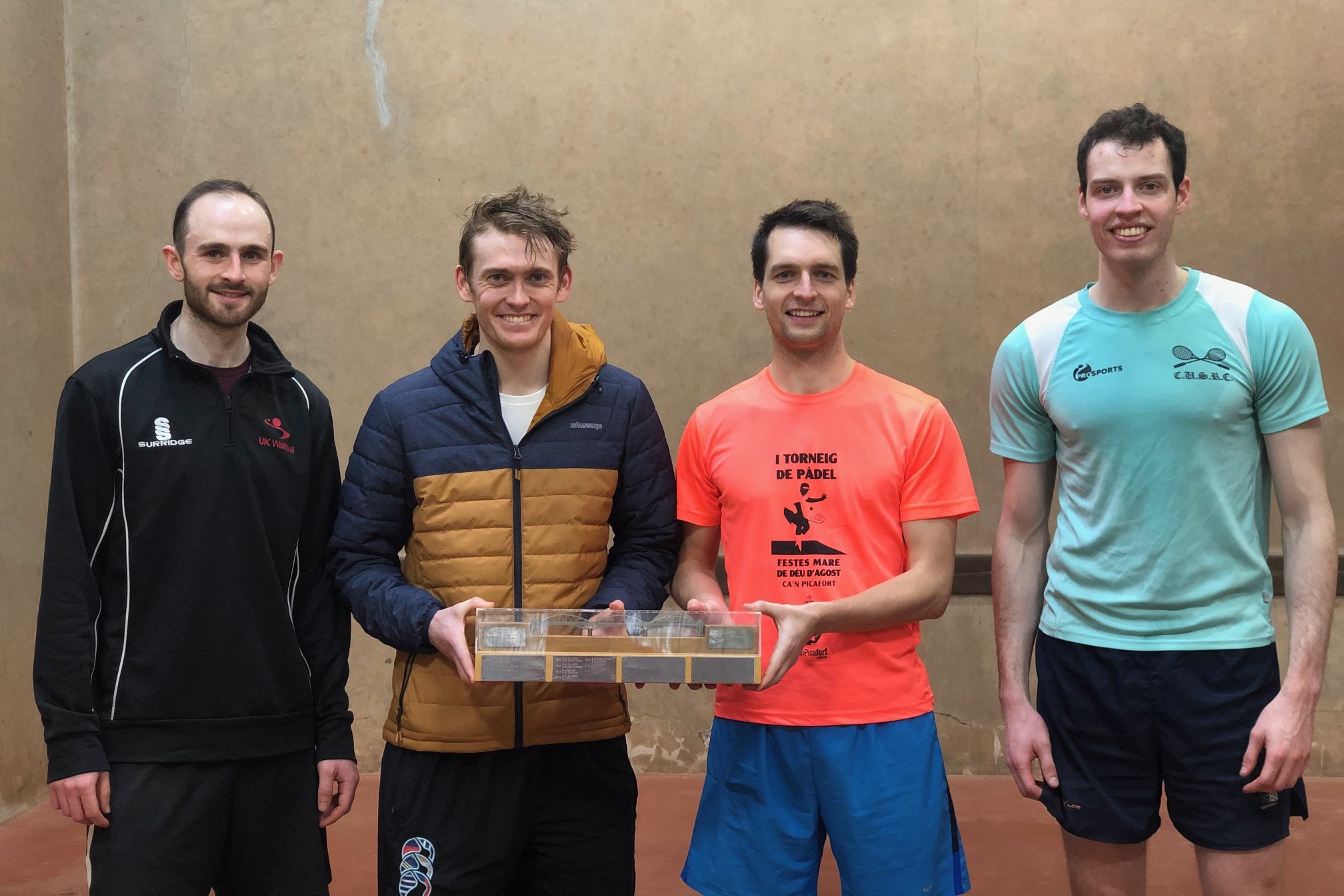 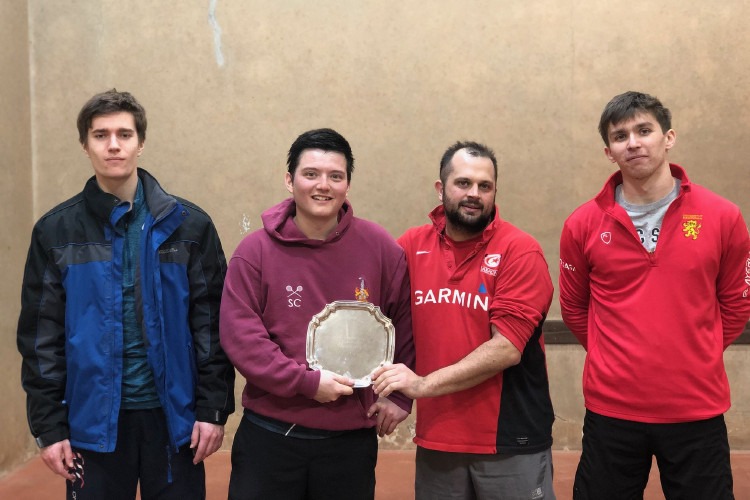 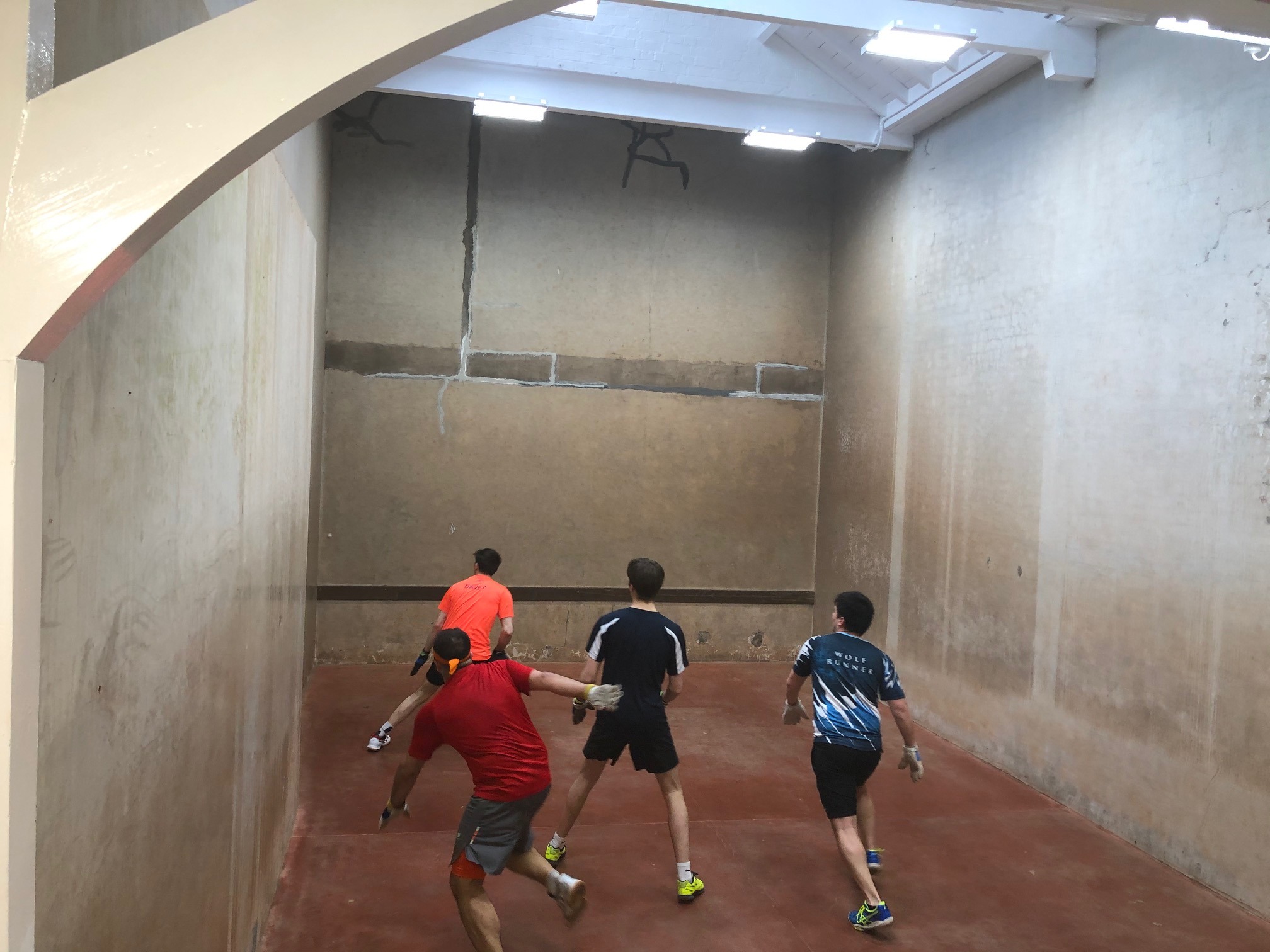 All eyes on the buttress!