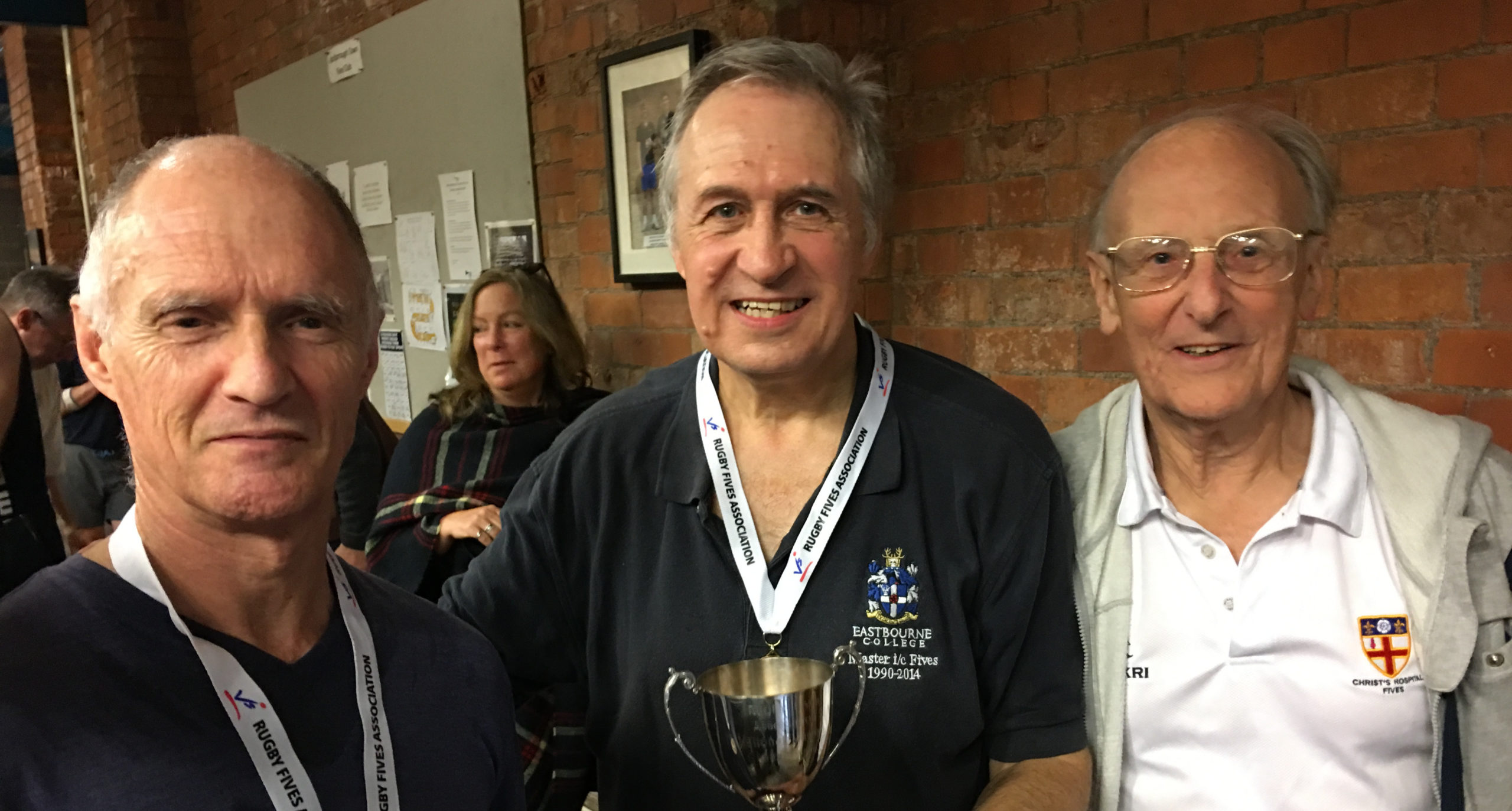 The President reports:  The courts at Marlborough were eerily quiet as ten members of the RFA Gerontocracy met to defy the accepted norms of geriatric sport by putting their minds and bodies on the line for the Masters’ Tournament (over 65s).

The Organiser, David Bawtree, deftly took control of proceedings by slowly easing the assembly away from reminiscing and persuading those gathered that fives would be a good way of passing the next hour or so. A round robin format was agreed, with each pair playing the four other pairs one game to 15, to be followed, largely as a reprisal, by a ‘Final’ between the two top pairs. So it was that Hillman & Sanders, Atkinson & Sandie and Hebden & Wilkinson managed respectively to amass 24, 32 and 42 points while Enstone & Watson and Hamilton & Beal stylishly clocked up 47 and 60, leaving the lower order sad, but relieved to be free to watch the final.

The final turned out to be a contest of rare quality with long rallies and a fine array of shots; Stuart Watson was ‘gifted’ the opportunity to soak up a large share of the attritional rallies, resulting in Tony Hamilton & Spencer Beal accumulating a useful lead, while Wayne Enstone shed twenty years and displayed some of the magic with which he can hold spectators in awe. In the end, defending champions Tony and Spencer were more consistent and made fewer mistakes to finish 15-7 winners, leaving the gallery wishing for more.

This was a tournament of quality, all the more so when one considers that all players will at best not have another 65th birthday. One can only say Many Happy Returns to all who made this a special occasion and especially to David Bawtree for his geniality and enthusiasm in making the Masters yet another success. 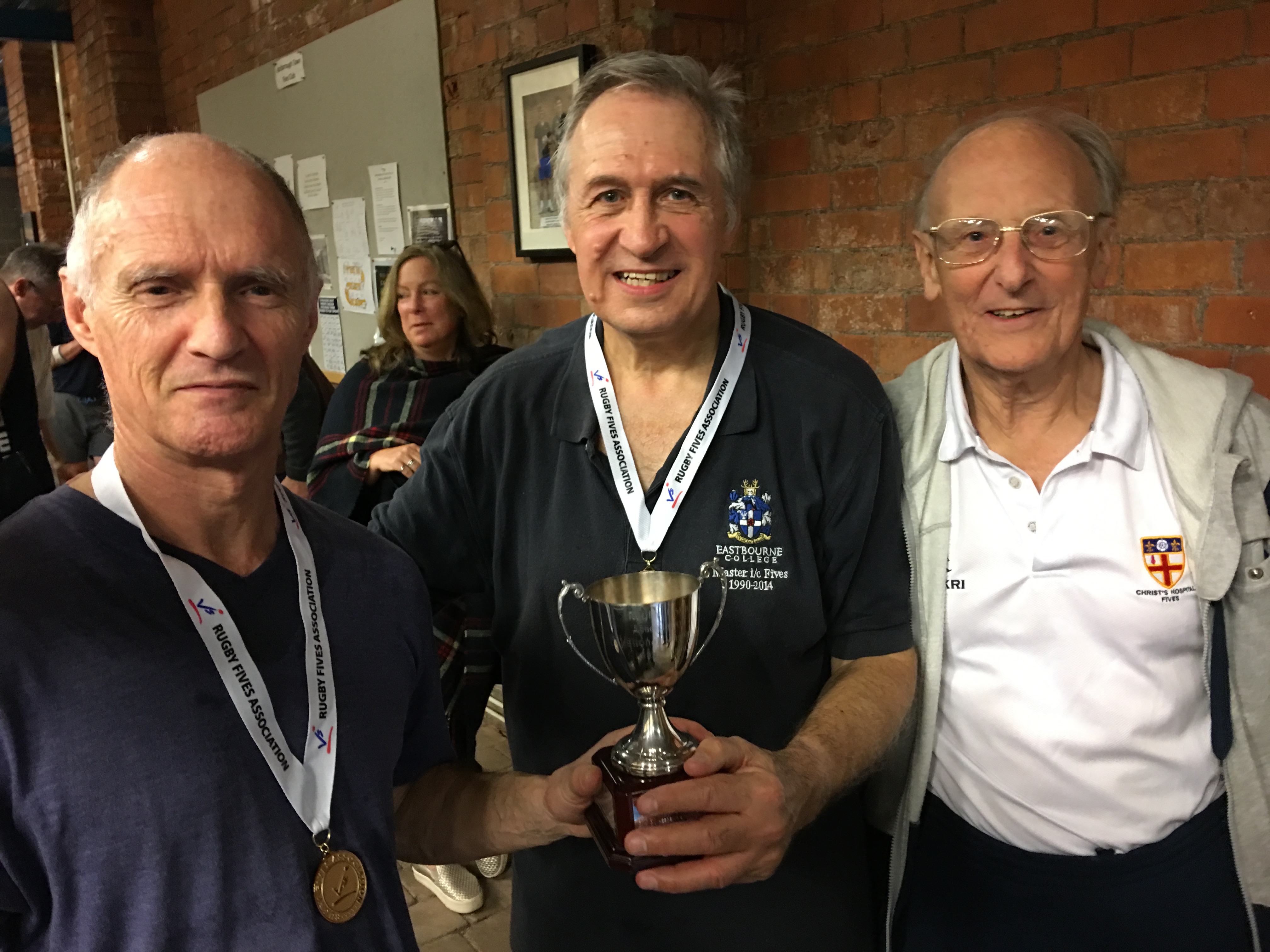 The Masters 2018 with the President