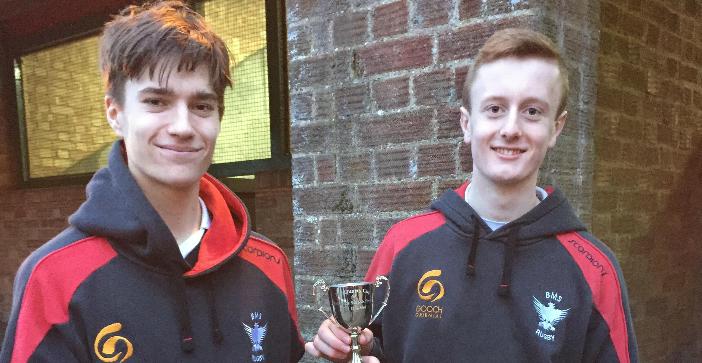 Bob Dolby reports:  The customary five schools entered this year, the fifth since its inception in 2013.  Three of them competed in the small but lively U15 section at Bedford School, which began with a knock-out Doubles competition. From it Derby Moor I and Rugby I emerged to fight out the final. This turned out to be the best and closest match of the day, with all four players improving as the contest became ever tighter. In the end the Rugby pair of Beal & McKay managed to cope sufficiently well with Ali’s bullet-like service to eke out a win, the fourth time that Rugby has won the Quarry Cup. Meanwhile the Rugby 2nd pair of Christopher & Grady beat BMS’s National U14 Schoolgirl champions Kent & Sumner in the semi-final losers’ match, for which victory they earned RFA coffee mugs. At the same time the year-young combination of Carr & Knox from BMS won the Plate for first round losers.

In the afternoon three U15 Singles pools were played out and produced 8 quarter-finalists, with both sexes represented.  BMS, Derby Moor and Rugby all had players involved at that stage but in the end the final was an all-Rugby affair, from which Ronan McKay emerged the winner, more mobile and steadier than his opponent. Dean Ali from Derby Moor won the semi-final losers’ match for the Singles Plate. A special mention must be made of Miguel Carr who reached the semi-final a year young.

Over at Bedford Modern School the morning’s U18 Doubles competition produced the predicted final of BMS I versus Rugby I, with the latter school looking to win the trophy for the first time. It was not to be, however, as Joe Sumner & Oliver Colbert proved too steady on their own courts in a tremendous three-game final. Meanwhile the Modern did the double by winning the Doubles Plate in the persons of George Larrington & Nishant Pradhan.

After lunch play in the four U18 Singles pools took place. As expected BMS and Rugby eventually produced two semi-finalists each, with the match between Joe Sumner and Vlad Shirokiy of particularly high quality. In the final Rugby’s Michael Suddaby had too much of a task in coping with Joe’s superior steadiness and mobility, but it was fitting that Michael graced the final after four years of distinguished performance in this annual event. Likewise it was good to see James Attwood and Vlad Shirokiy, in their last year, play out the Plate final for semi-final losers. We wish James, Vlad and Michael all the best for their post-school Fives and look forward to seeing Joe & Oliver defend their titles next year.

The organiser’s and the RFA’s thanks go to Stuart Kirby who ran the U18 section, to the two schools for the use of their (dry!) courts, to Bedford School for the excellent catering, and to all the masters i/c and parents who supported the players.  We look forward to seeing some of the latter at subsequent competitions this season. 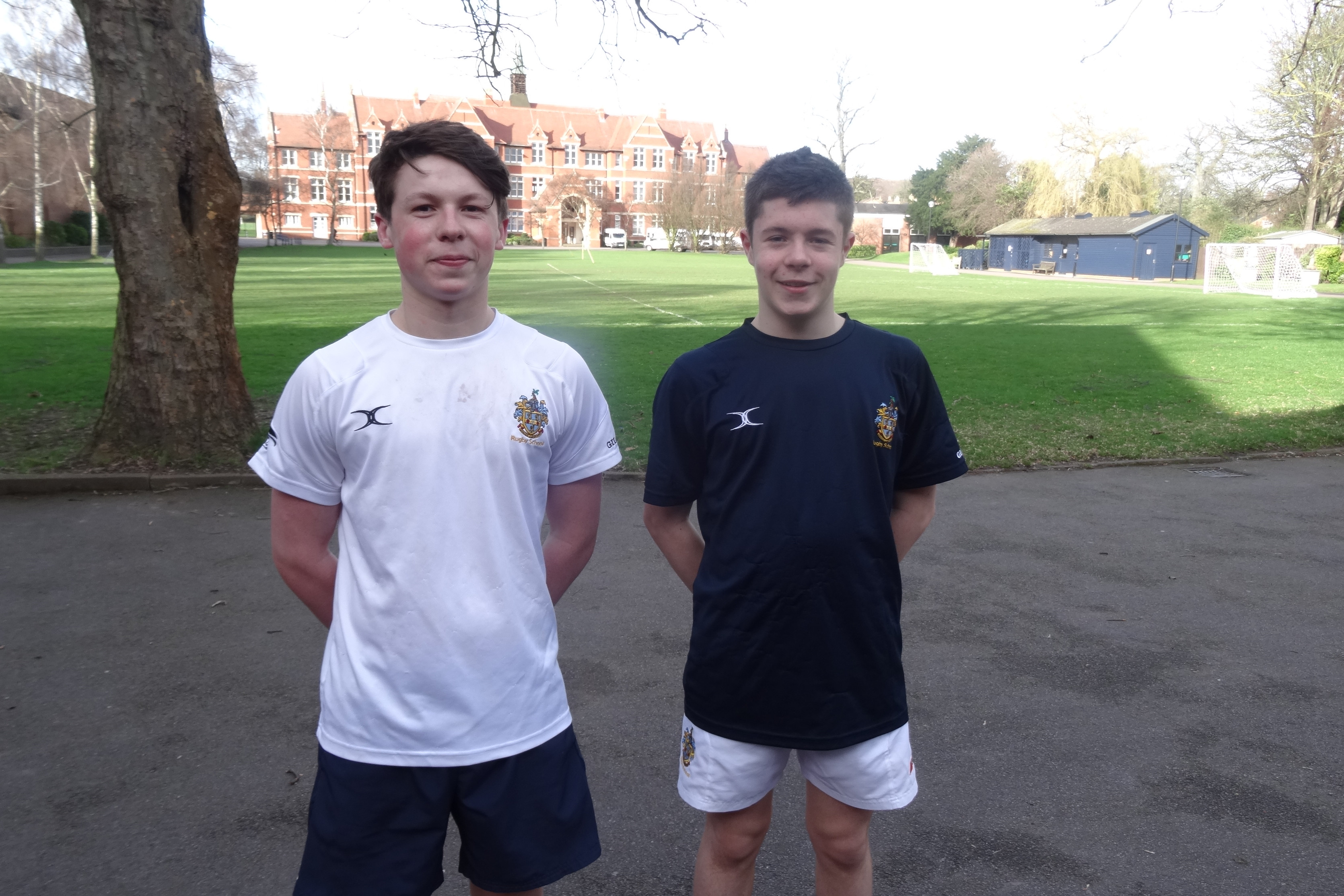 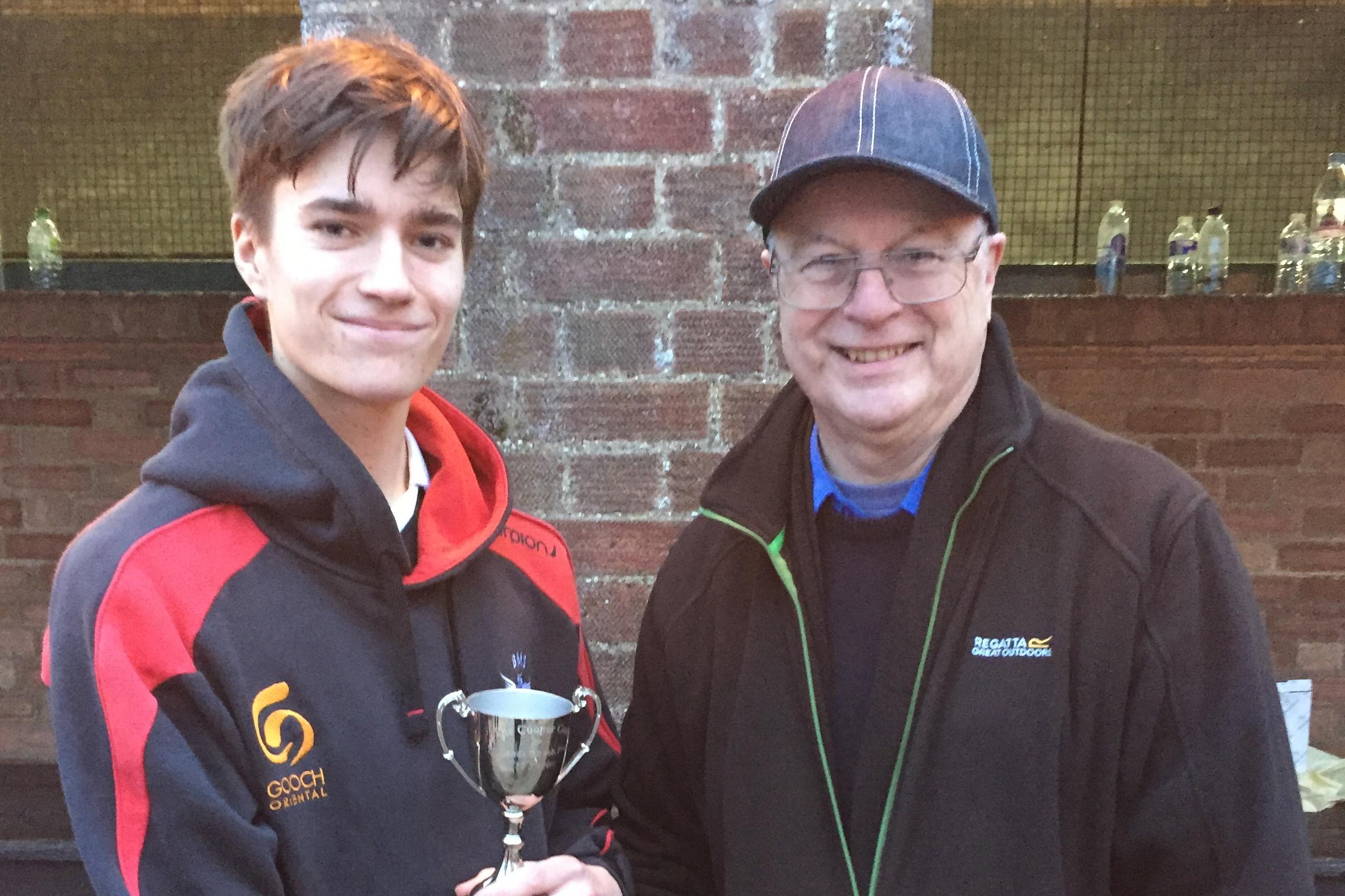 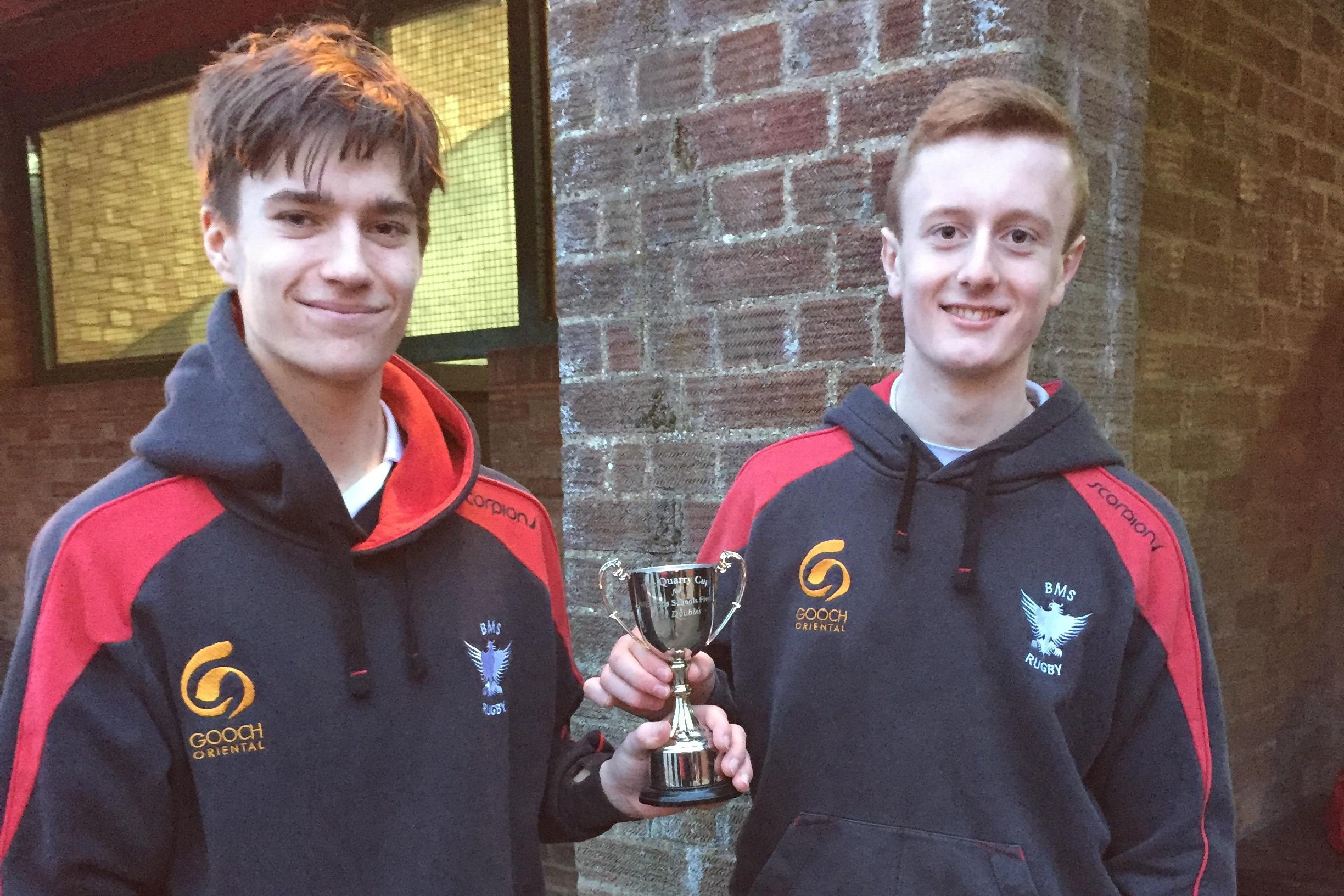 Sumner & Colbert win the Quarry Cup for U18 Doubles 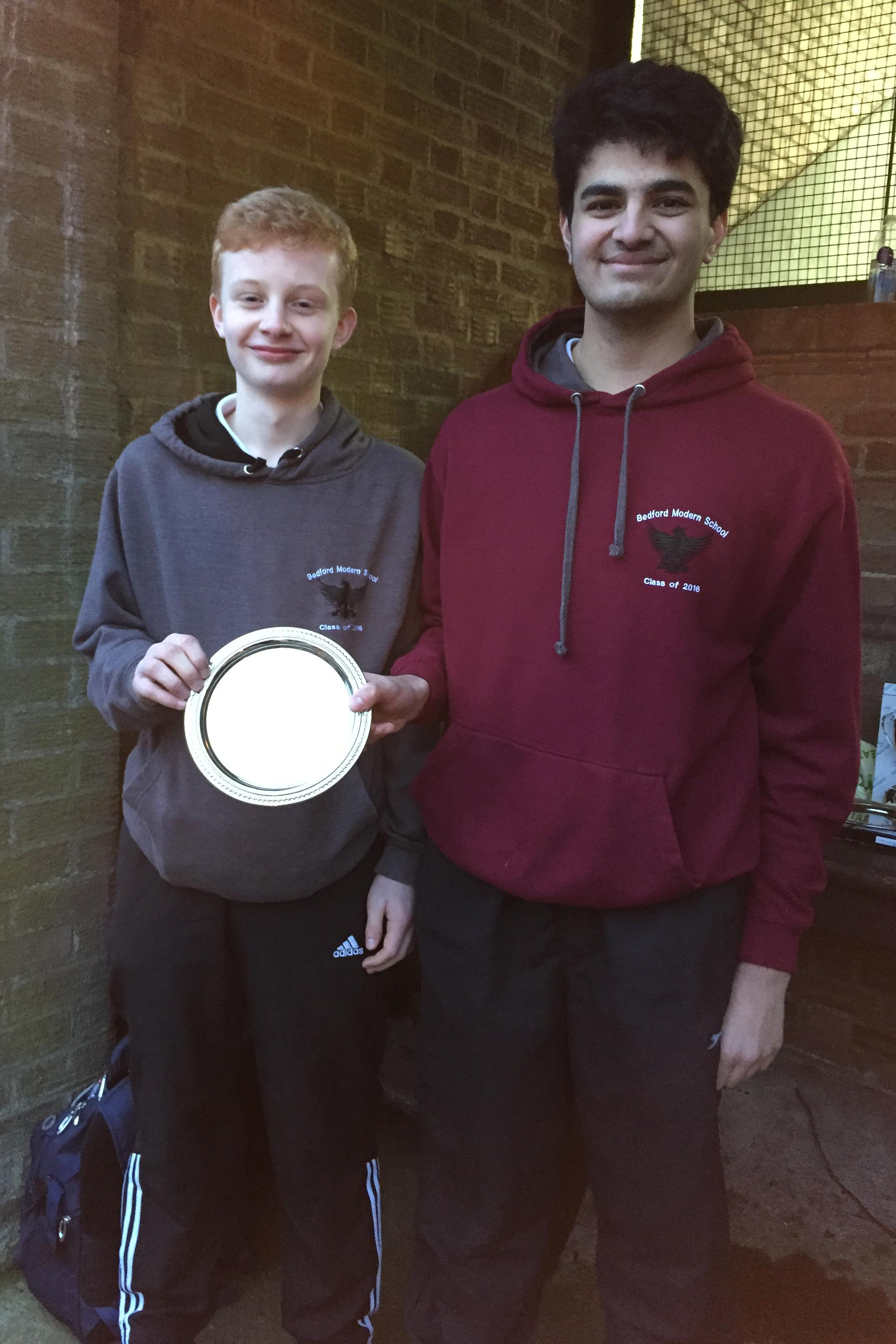