This new tournament was played on the same weekend as the National Singles finals and hosted by Alleyn’s School. It was open to those players who failed to qualify for the last 16 of the National finals and to anyone else looking for some competitive singles without the elite group participating.

It is hoped that this trial ‘Challenger’ tournament will be the first of a series of second-tier events held in conjunction with regional and national tournaments where the entry numbers are sufficient and the facilities allow. It is also possible that there will be a stand-alone tournament if there is sufficient interest.

The general idea is that the top-ranked players will be excluded, allowing a more even contest for lower-ranked players and up and coming youngsters.

To accommodate the principle of as many close games as possible for all, the chosen format was not the usual single-elimination-plus-plate style that is generally used. Instead the 12 entrants, which included five schoolboys from Alleyn’s, Bradfield and Winchester, were placed in a ‘Swiss draw’. This system has a set number of rounds for every player, with a point awarded for every match won; and, after each round, those players on a similar number of points are drawn against each other.

In effect the pool of players is streamlined into a ranked order based on number of matches won and points difference. With a little tweaking, any strong players can be kept apart in the early rounds and a ‘final’ may possibly be created in the last round if two unbeaten players are left. There may be some drawing of lots to determine opponents at various stages, but with a rule of no repeat matches and a desire for club mates to be kept apart, this is at a minimum.

Anyway, enough of the theory – onto the actual Fives. With 30 games played to 15, the action was pretty continuous and there were close games in every round. Ultimately Christian Blackaby was the only player unbeaten and he took the title. His vanquished opponents decried the impossibility of getting the ball past his enormous reach at the front of the court; in terms of wingspan, Christian is in the albatross bracket! That, allied to some easy power with his right hand, was too strong for the field. His closest match was the opener with Max Layton from Bradfield, who also possesses a powerful right hand and emerged as the strongest of the school contingent with three wins.

James Smith came second by one point difference over Joe Sumner, both with four wins. Chris Davey also had four wins and was a little unlucky in the draw after losing a crucial early match with Joe. Zac Taylor-Schindler from Alleyn’s was the close-game specialist; four of his matches were decided by three points or less, and he won two [see below for the final results].

All in all, there was plenty of Fives for everyone and some crunch games in the final round to determine the final standings. Get your name down for the next Challenger event.

Thanks to Alleyn’s School for the use of their facilities at short notice. 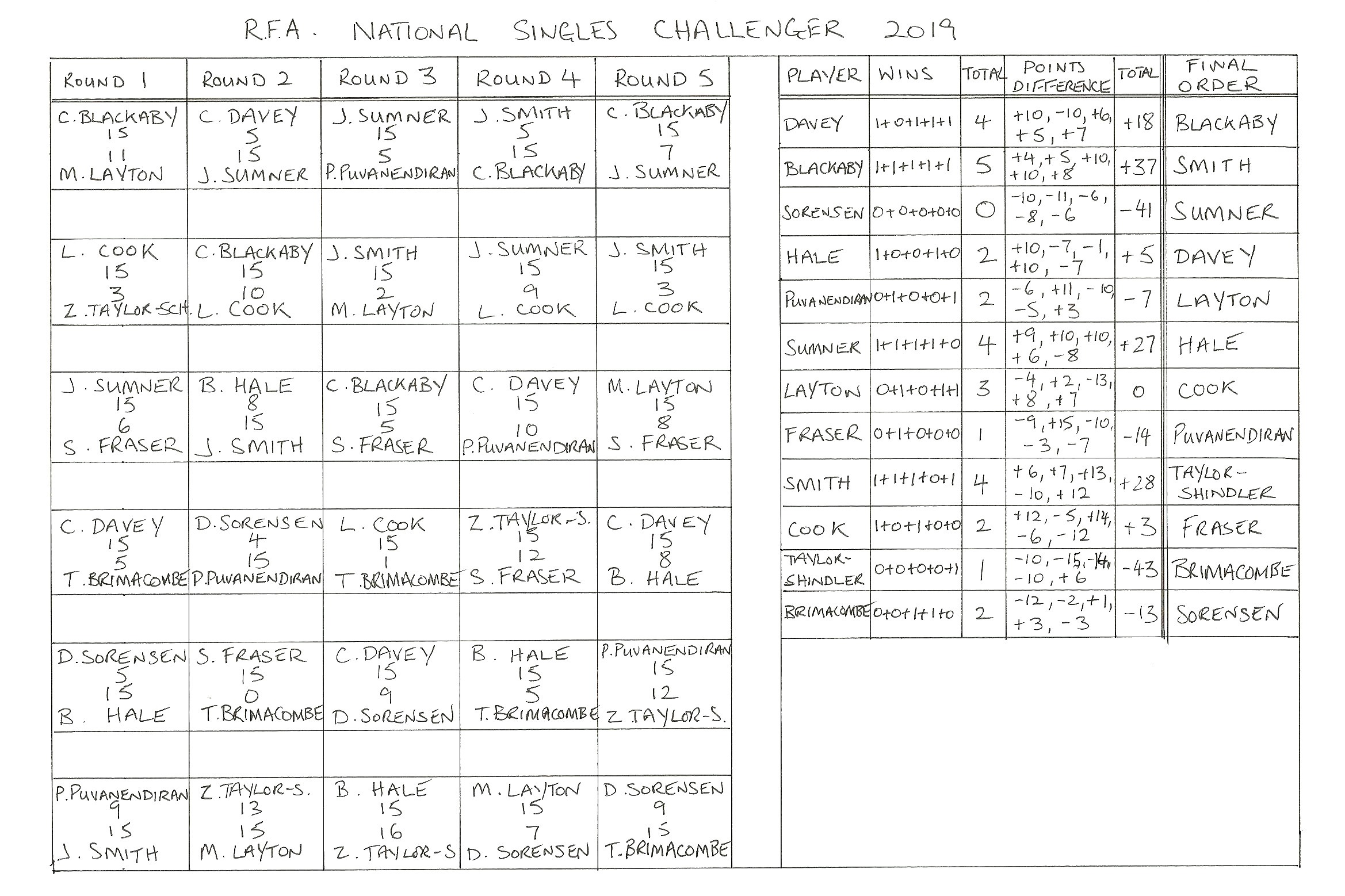 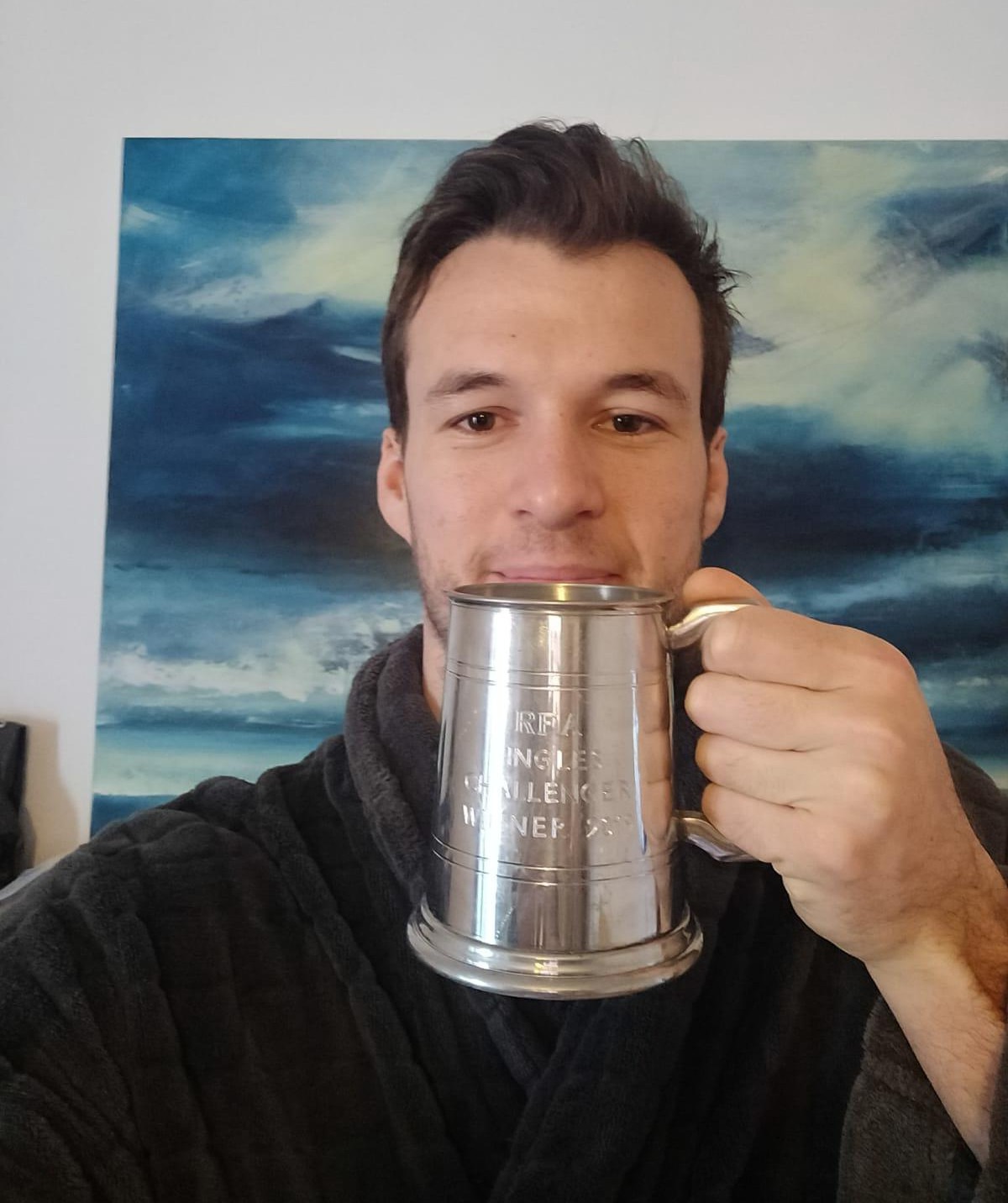