Organiser Wayne Enstone writes: This year’s event drew another superb entry, with a mix of so many present- and ex-National Champions in attendance, covering our women’s, men’s, university and senior schools levels of fives.

With a good number of players travelling on the morning of the tournament, play started roughly on time, but unfortunately a power cut caused a delay of 50 minutes shortly after the first matches. It was in the second round that the fifth seed and five-times previous winner Hamish Buchanan was beaten by Julian Aquilina in a closely contested three-gamer. Also, Ed Hatton, the eighth seed, was beaten in a thrilling three-gamer by Antony Goodwin. Jim Hughes showed some vintage shot-play to push Theo Parker into the other three-gamer in this round.

That set the scene for four quarter-finals of good quality play, the 4 top seeds winning through to the semi-finals. The question was: could Ben Beltrami and Ed Kay upset the seeding? To answer that, while Ben produced some fine shots and played well above his age, Mr Ellison yet again produced those devastating winners when required to win the match. In the other semi, as much as Matt Cavanagh, twice a winner in this event, tried to outwit his younger opponent, he couldn’t find the game to beat Ed Kay, who looked very impressive indeed.

The doubles began after the second round of singles and saw the first all women’s partnership of Claire Knowles (present and 12-times national champion) and local player Alexandra Steel (current mixed doubles champion) play very well against John Beswick and Ed Hatton. However, John and Ed proved too experienced and won the match.

After his fine performances in the singles, Anthony Goodwin teamed up with fellow Derby Moor player Rob Whitehorn (National Schools’ doubles champion) and beat the local pairing of ‘Fists of fury’ Dan Hill and Keith Kennerley to set up a match with the number one seeds Charlie Brooks (2013 and 2014 National Doubles winner) and the current champion Will Ellison.

Below them Alex Rew (Old Blundellian) and long-time partner Jim Hughes flew the flag for the SW by upsetting the seeding and beating the fourth seeds, Julian Aquilina and James Tilston, to move through to the semis.

In the lower half of the draw, Ben Beltrami (Present BUFS doubles champion) and Ed Kay (former BUCS doubles winner) moved convincingly through to the quarter-finals after beating the youngest pair, Jai Singh and Craig Baxter, who were both playing extremely well and showing great promise for the future. Ben and Ed then faced two experienced players, John Beswick (three-time National Doubles champion) and Ed Hatton. They had their opponents concerned in the second game, but the younger pair’s fire power carried them through to the semis.

The last two pairs in the quarter-finals kept the most consistent scores of the day, all their games ending in 7 points. Once again there was a seeding upset with the once-invincible (eight-times National Doubles champions) Hamish Buchanan and Robin Perry losing in the third to 7 to Adam George and Theo Parker.

This set the scene for relatively late semis. Alex Rew and Jim Hughes had expended their energy in the previous match, and Charlie and Will were not showing any mercy – Will had a taste for the steak he had ordered, and so their match finished very quickly.

In complete contrast, the other semi was a ‘battle royal’ between the ‘young guns’ pairs, and what a pleasure it was to watch, thanks to the spirit in which it was played. Remarkably, Adam and Theo were involved in their fourth and fifth 7-point games, but unfortunately it was not for them. Instead, their delighted opponents Ben and Ed could look forward to their first South West final on the Sunday morning.

Plate: After power cuts and three-game hold ups, President Bob Dolby very kindly organised the plate competitions. First, in the singles, Claire Knowles showed the form that has seen her win 12 National championships, with Brian Kirk unfortunately on the receiving end. Also, Alexandra Steel used her local knowledge to give a very creditable performance in the plate, losing narrowly. Birmingham University players Chris Davey and Dan Sorensen proved worthy opponents in their matches, but a lack of practice proved their downfall. Next year, they could be contenders?

At the end of the day, it was left to a rejuvenated Stuart Kirby to contest the Plate Final with Hamish Buchanan. This was new territory for Hamish, who has previously been used to the main draw final on Sunday morning. As always, Stuart showed great determination and resilience to give Hamish a very entertaining match, but Hamish produced too many championship shots to win his first Singles Plate.

In the Doubles Plate, Claire and Alexandra once again showed how the standard of women’s fives has developed over the past few years, winning many rallies in their matches. All the pairs seemed very evenly matched and there were no easy games. In the final, Stuart Kirby, already very warm from the singles final, played with Chris Davey against Stuart’s Derby Moor charges (and current schoolboys), Jai Singh and Craig Baxter. Stuart’s energy levels seem endless and at match point, it looked as though Stuart and Chris had finally done enough for victory, only to find the younger pair had other ideas, miraculously turning the match in their favour and winning 16-14.

A short prize-giving for the Plate Doubles winners was a wonderful and fitting end to a very long day of fives for both players and spectators, before Saturday evening saw 26 sit down to the usual Butterleigh Inn meal and social catching-up. A toast was fittingly conducted in memory of ex-President Alastair Mackenzie and his great contribution to fives in general, especially his wonderful record as schoolmaster and fives coach at St Paul’s School for so many decades.

Thus fully refreshed, the singles finalists Ed and Will were warmed up for the usual 10.30am start. Ignoring the scores, the final was a fascinating and exciting two-gamer. Will, it has to be said, looked very much in control of the first game, but Ed certainly extended him and most rallies were – surprisingly – extremely long, considering both players were attacking, their defence being top quality.

In the second game, the early rallies produced more even scoring, and at just 3-2 to Will, Ed really was in the match. Will’s experience then kicked in and Ed, as he commented later, misjudged a few volleys and shots that could quite easily have produced a different outcome to the game. With the luxury of a 9-2 lead Will was able to resist Ed’s come-back to 10-5 and close the game to win his fifth SW Championship.

After a short break, Ed and Will joined their partners, Ben and Charlie respectively, on court to contest the Doubles final. In the first game, there were some excellent rallies, with all players showing their fine hitting and retrieving prowess, but unfortunately for Ben and Ed, most rallies were won by Charlie and Will, taking the game 11-1.

The second game began like the first, but at 2-0 up Ben and Ed found the nicks that they can hit; and, at 2-2, this game looked as if it was going to be more evenly contested. However, Charlie and Will then seemed to go into overdrive and slowly built a lead that resulted in them winning 11-2, a fine performance. One had to feel for Ben and Ed, as they too put in a terrific performance, which indicates the quality of doubles is certainly on the rise.

The Sunday American Doubles tournament had eight players from Saturday playing a round-robin tournament of one game to 15 points. Alexandra Steel and Adam George won, but two of their three games went to 16 points, showing that the pairings were very even. Thanks must go to Keith Kennerley and Alexandra for their help organising this event.

This concluded the weekend and our President Bob Dolby duly awarded the winners their Dartington glasswear and cups. Finally, thanks go again to: Nigel Gordon (G6 Balls) for his continued sponsorship; Blundell’s School for the use of courts and facilities; Chris Hedley-Dent for setting up their use; and, once again, Lesley Enstone and Lisa Beswick for their sterling work in providing us all with refreshments over the weekend. Think about joining us next year for a great weekend. All welcome!

More photographs to come. Meanwhile see photos on the RFA Twitterfeed and on the RFA facebook page. 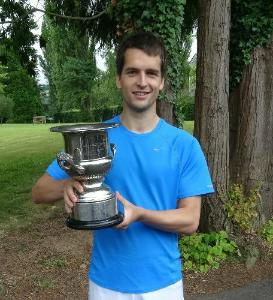 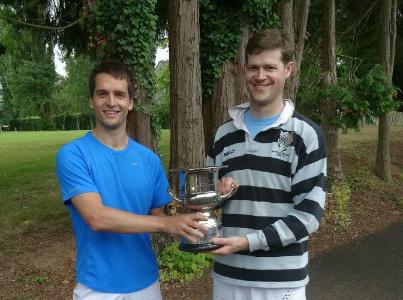 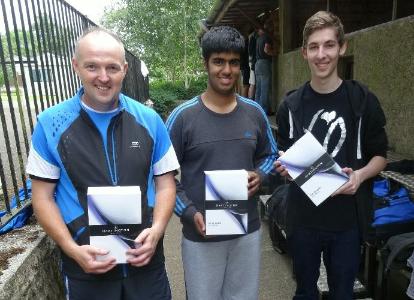 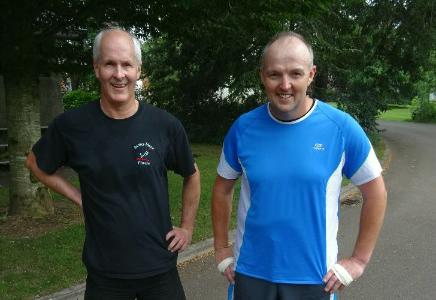 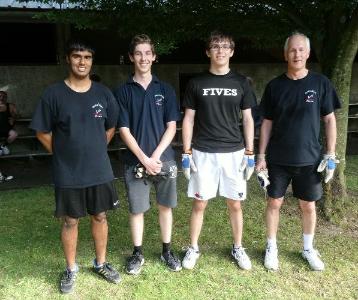 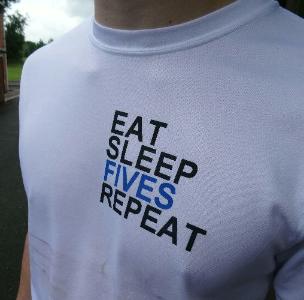 Here’s what Chris Davey does at Birmingham University!