18 players contested the Singles at Musselburgh this year and another 6 joined the fray on Sunday for the Doubles. In the lamented absence of Neil Roberts, the Doubles were run by Richie Murby in the style of the President’s Cup.

In Saturday’s Singles it was good to see a contingent of young players from Loretto School testing themselves against older players from the Caledonian Club and Durham University, while the City of Durham Club entered one of their coaches and three youngsters. As it worked out, two of those young players, Simon Beattie and Oscar McIntyre, fought out the Plate final.

In the main draw the first round saw a good game between Douglas Law, recently crowned National Rugby Fives Mixed Doubles champion, and the Edinburgh Academy coach, Hector McFarlane. The closest quarter-final was the game between Durham captain Christian Blackaby and Caley Club captain Mike Kemp. We had to wait for the semi-final between Richie Murby and Tom Watkinson to see a three-game tussle. There Tom had the disappointment of missing out on his first regional Singles final slot, while the victor, Richie, had little left in his legs for the final to challenge defending champion Dave Butler, who duly walked off with his third Cuthbertson Quaich.

On Sunday 10 pairs were arranged in 2 pools, from which Loretto’s Josh Ferguson and Caley veteran Simon Hodgson emerged to win the first semi-final against Richie Murby and Alley Scott. In the other semi Mike Kemp and his young Loretto partner Joe Cunningham defeated the even younger Oscar McIntyre and Nathan Groombridge-Westacott. Thus we had a very evenly balanced final line-up, with each pair consisting of an experienced Caledonian and a Loretto schoolboy. It was hardly surprising, then, that the match went to 14-all, then 15-all — not for the first time that day — before Simon Hodgson and Josh Ferguson (under his Headmaster’s glinting eye) garnered the decisive point. For those with an interest in the statistics of Scottish Fives it is noteworthy that Simon was a winner of the Scottish Schools Open Doubles in 1988, so it has taken him a while to do the double!

As is traditional in regional events there was a plethora of Plates played out. Enrique Castillo Carbonell & Loretto’s Oliver Hay emerged as winners 16-14 against Julie McIntyre & Tom Watkinson in the 1st Plate. Simon Beattie & Hugo Edlmann beat Jack Brodie & Jonathan Lee in the 2nd Plate, while Camille Beattie & Hector McFarlane took the 3rd Plate from brothers Fraser, Alex & Seb. No one complained of having had too much Fives! 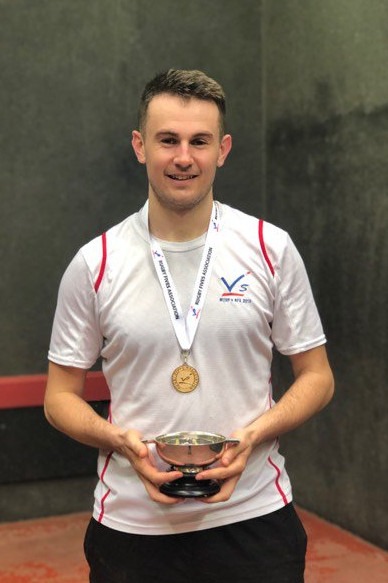 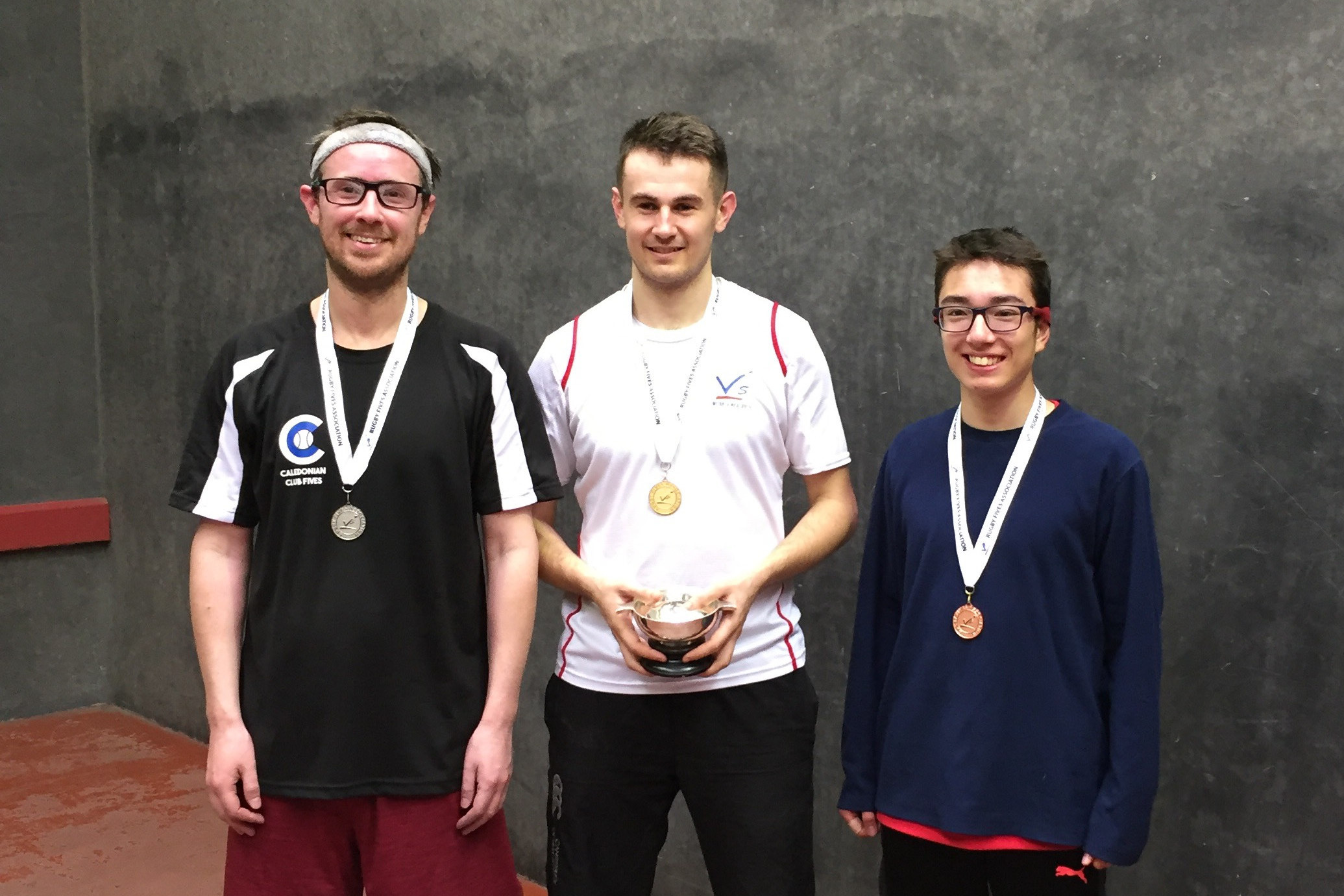 Silver, Gold and Bronze for Singles 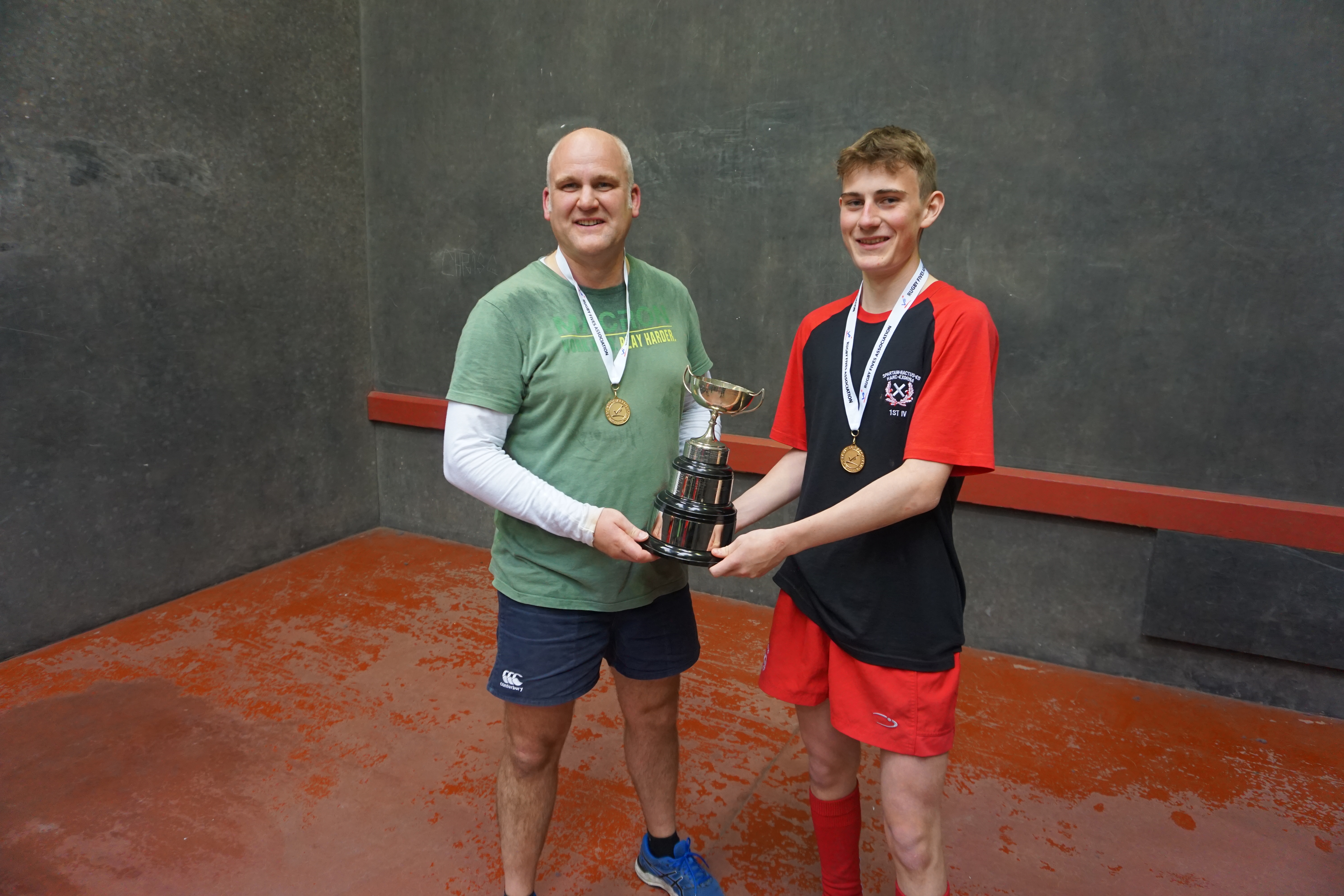 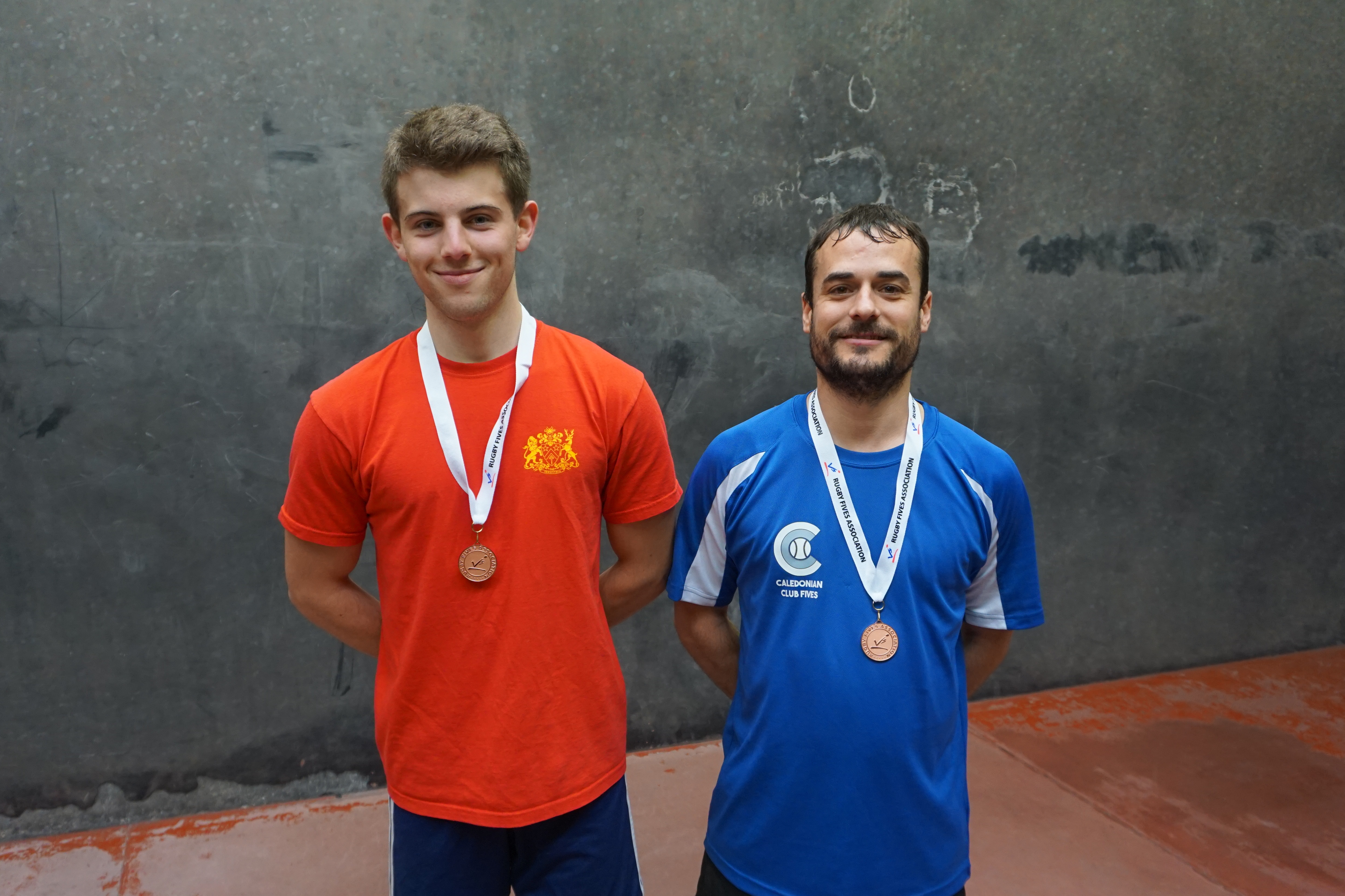 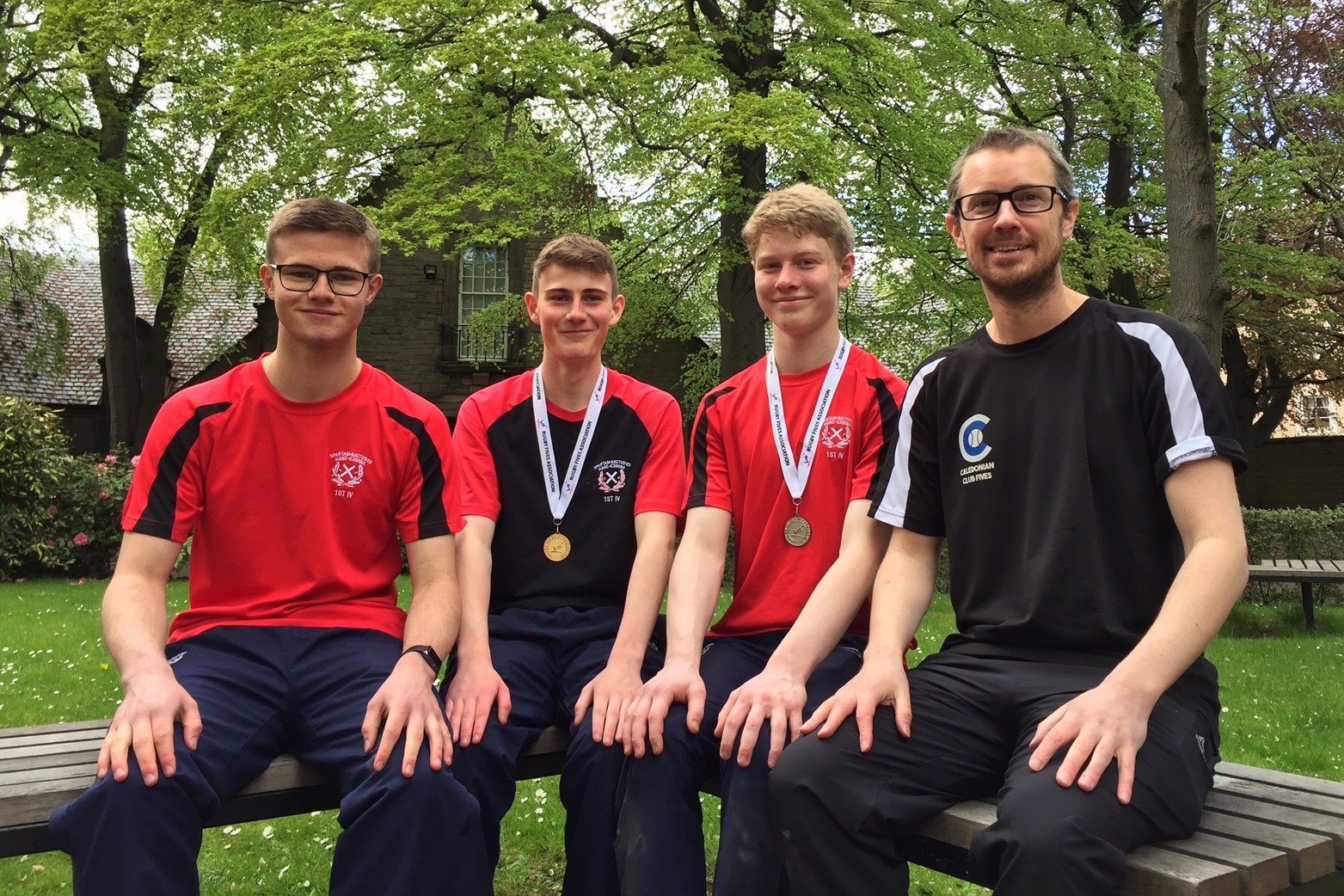 The Players and the Coach