Ever inventive — last year it was Mixed Cuppers — the Cambridge University Rugby Fives Club this year organised a Joint Mixed Cuppers with their male and female friends in the CU Eton Fives Club, playing the event across both codes.

Captain Matt Shaw reports :  Saturday October 14th marked the first ever joint cuppers between CURFC and CUEFC. There were few who’d played both sports before and certainly none who’d played them in this format. All five pairs faced off against each other in first-to-five matches on both sets of courts. It was great to see that often the winner on the Eton fives court was not the winner on the Rugby fives court, which went to show that, although there were transferable skills between games, experience shone through. Particularly surprising, though, were the results, where we ended up with three separate pairs gaining the most points in their respective fields of Eton fives, Rugby fives and overall

The end scores were as follows: 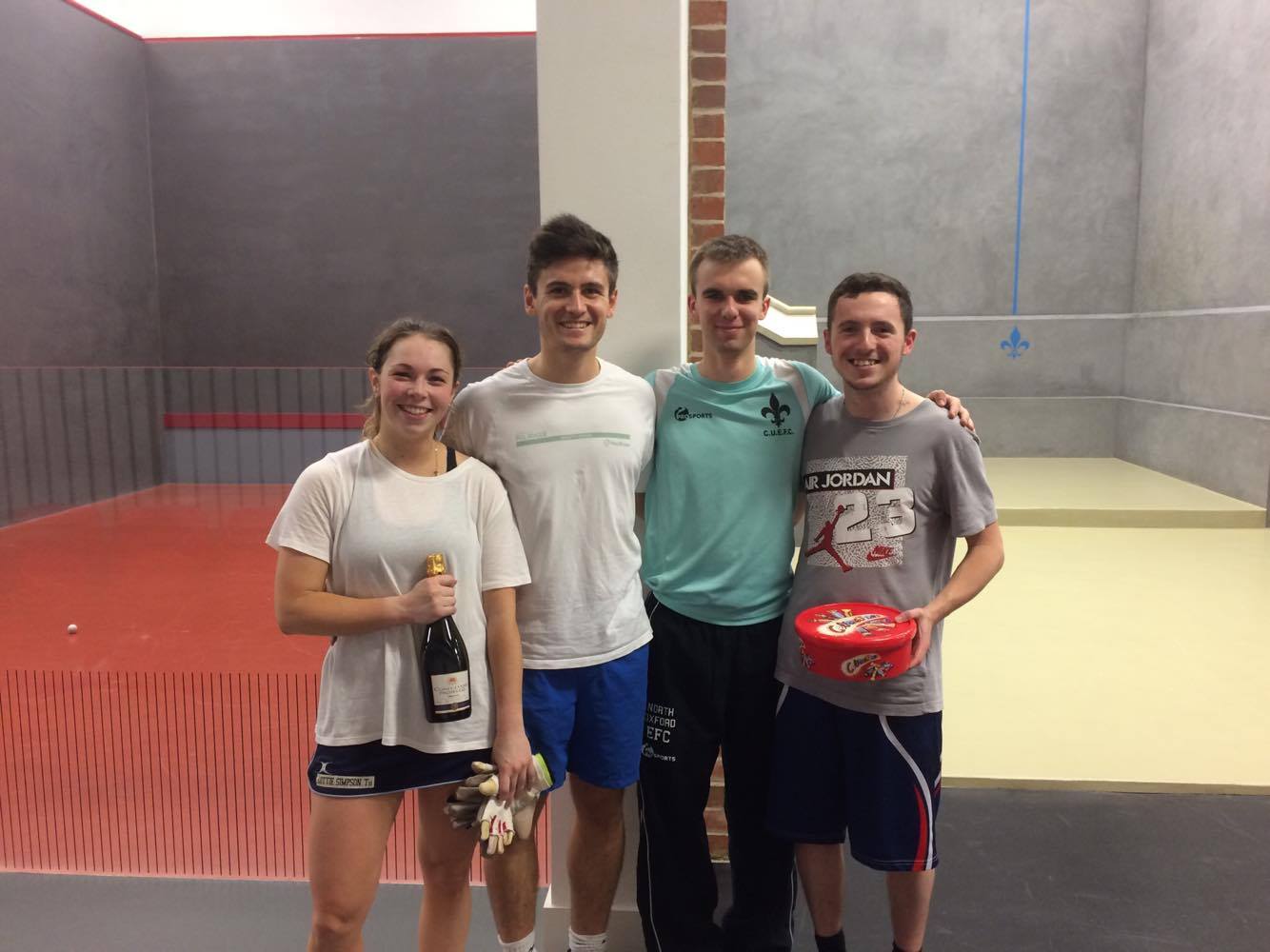 The overall winners with the two university captains of Fives 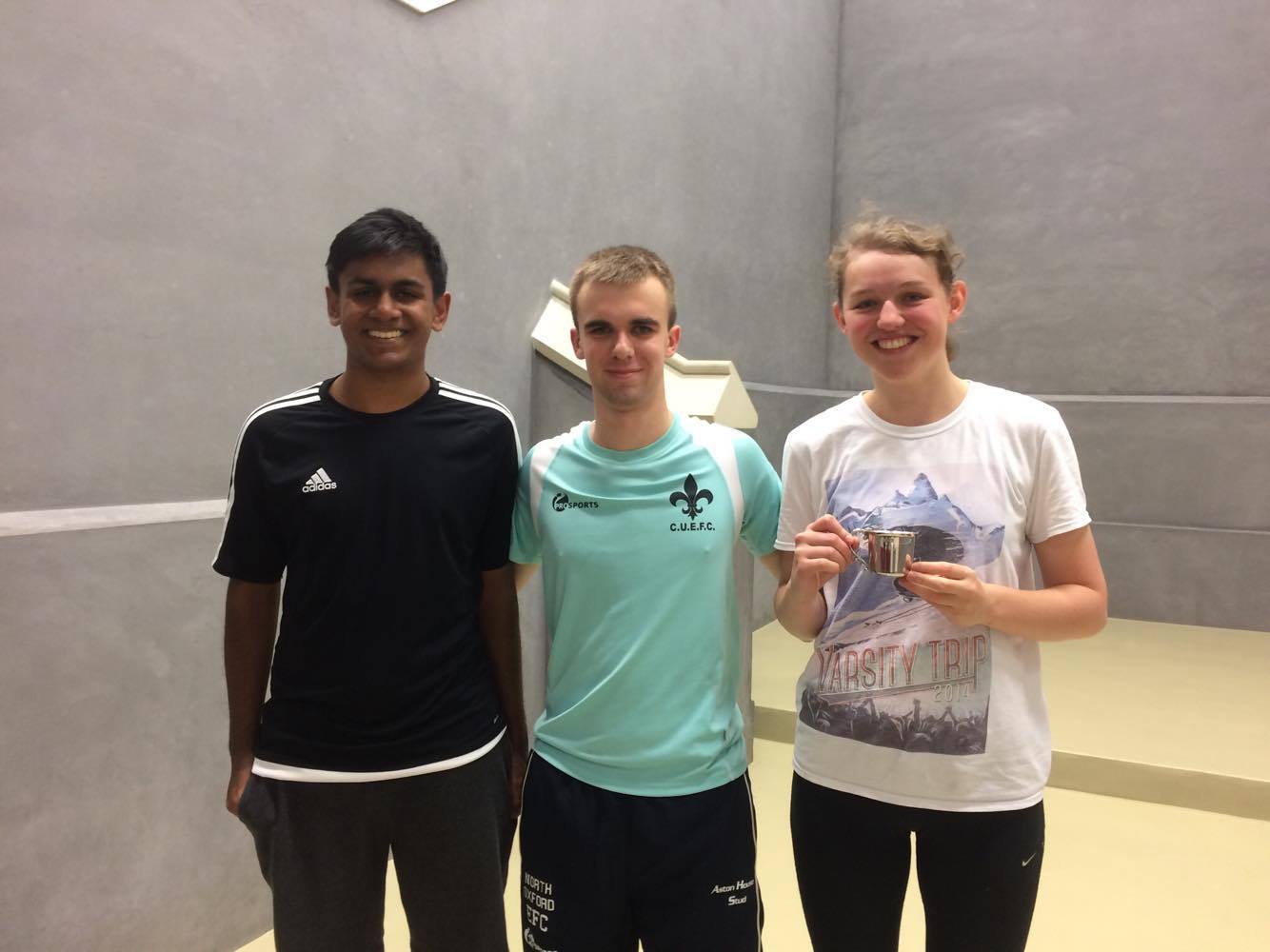 The winning Eton Fives pair with their coach & captain