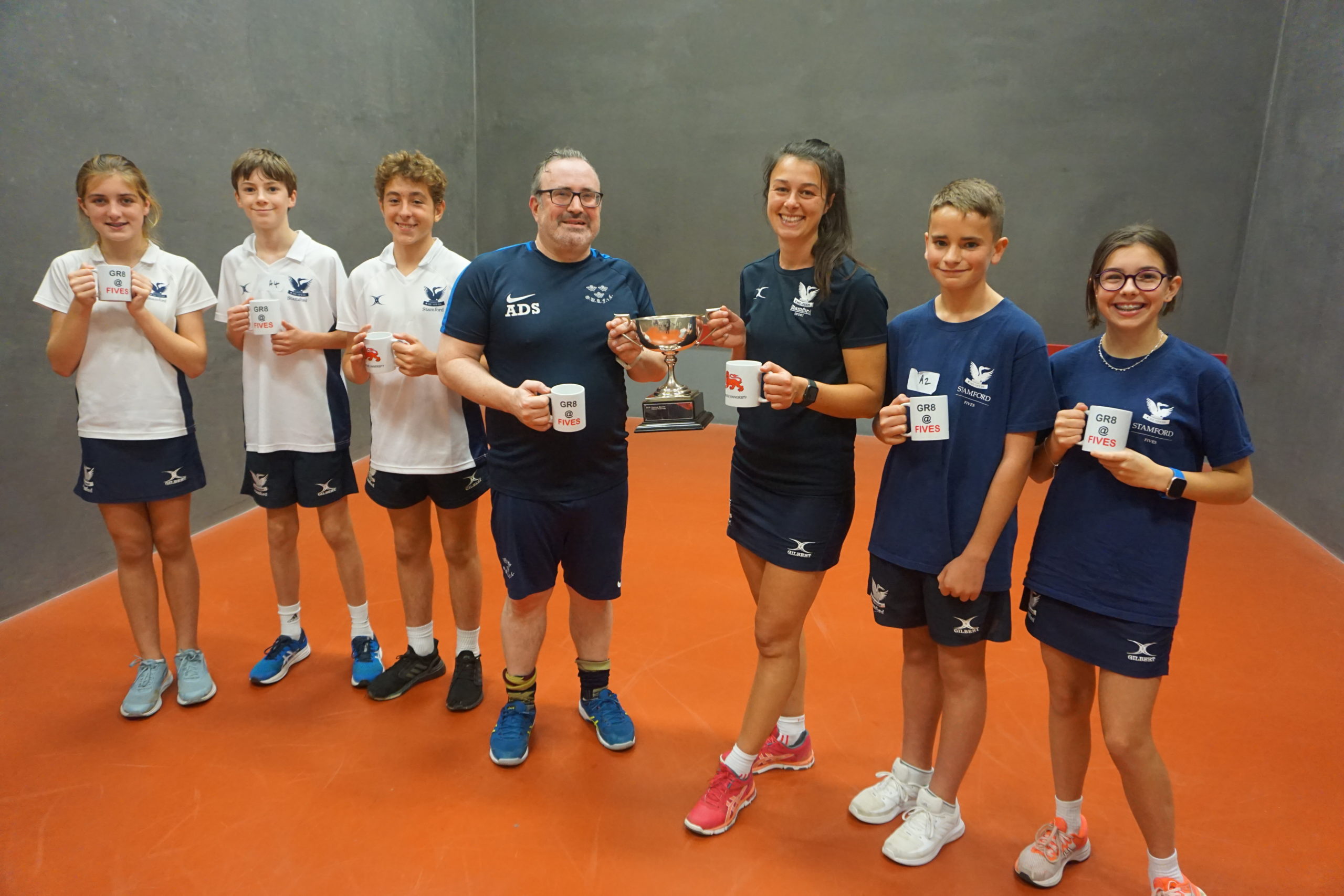 Organiser Bob Dolby reports: 16 pairs contested the annual Lady’s Cup competition on the new courts at Cambridge University. There were students from three universities including Cambridge and from three schools,  travelling from East Anglia, London, Bedford, Stamford and even Edinburgh. There was as usual a wide range of ages, experience and abilities. A small number were complete beginners, including four very enthusiastic and supportive parents.

The primary purpose of this event, hosted by the Cambridge University Rugby Fives Club, is to encourage women’s Fives. The emphasis is very much on gaining experience of the game, on fun and enjoyment rather than competition, though in the later stages of the day, where round robins give way to knock-outs, the intensity of play does increase!

The magnificent solid silver Lady’s Cup itself was originally donated by Mrs Malt in memory of her husband Philip “Pussy” Malt, national champion in Singles and Doubles in the period of 1930-35. Philip Malt sadly died in 1937 from TB while at the height of his powers. The Cup was played for by members of the Alleyn Old Boys’ Fives Club in 1938 and 1939, whereafter it disappeared during the war and for several decades until it was rediscovered and repurposed for the current competition in 2014.

The day began with 90 minutes of friendly games to help the players get to know each other and acclimatise to the glass-backed courts. After lunch three different groups were set up and scores recorded, from which it was possible to allot players to three separate competitions, reflecting their relative standard.

On one court the Lady’s Plate was played out between 4 pairs; on another court four more pairs contested the Lady’s Bowl, and on Court One the Lady’s Cup involved the 7 strongest pairs. Players from Stamford School dominated the Plate and the Bowl but Cambridge University’s Ladies Captain, Tarn Chamberlain James, was eventually in a winning pair. The magnificently well organised and enthusiastic pupils of Stamford ran these two competitions themselves.

The Lady’s Cup competition saw Katie Sumner and her father Stuart win their quarter-final against a very young pair from Stamford, Dan and Jasmine; next up master-in-charge Alex Smith and acting Head of Girls’ Sport Charlotte Fletcher, playing her first day of Fives ever, beat another pair of youngsters from the school. Both games were close but not so close as the victory gained by Rosa Ogilvie and Louise Hawkins from Edinburgh, who beat Joe Sumner and his mother Joanne 12-10. Lu Arie and Katie Innes, the national U18 Doubles champions, had a bye.

The two semi-finals were as close as it gets: Alex and Charlotte beat Katie and Stuart 12-10; Lu and Katie won 12-11 against Rosa and Louise. Both games could have gone either way, as could the final, where Alex and Charlotte came through 12-11 after several match points alternated from one side to the other. The applause for “sir” and “miss” was deafening!

While all this was going on every player and most spectators had a go at the Ball-in-the-Box Challenge, which was won by Dan and Jasmine by a score of 28 points out of 50. They looked very pleased!

Prizes were awarded, words were spoken and the event came to an end by 4.30. Hopefully it achieved its aim: fun, enjoyment and improvement. I enjoyed it as much as ever.

Huge thanks go to Alex for bringing his group from Stamford; to parents who brought their offspring from far and wide; to young competitors who made their own way; to Elliot who ran the Challenge; and to the lovely Sarah who dispensed sticky labels and prizes. And to all the players, who made the day a success. 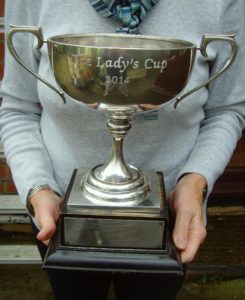 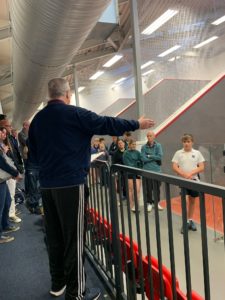 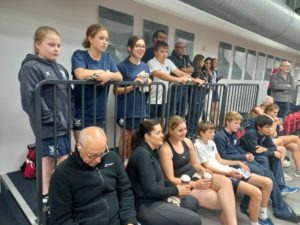 Watching “sir” and “miss” in action 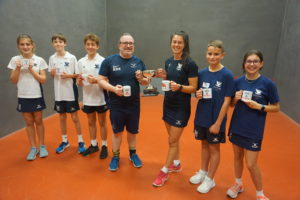 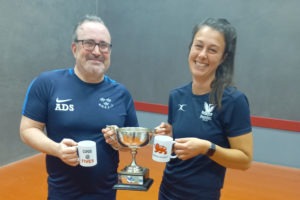 The winners of the Lady’s Cup!