The energetic and innovative City of Durham Fives Club held its first Annual General Meeting in the grounds of Ushaw College, Durham, playing Fives and handball on the complex of courts there, as well as the game of Cat. Julie McIntyre reports below: 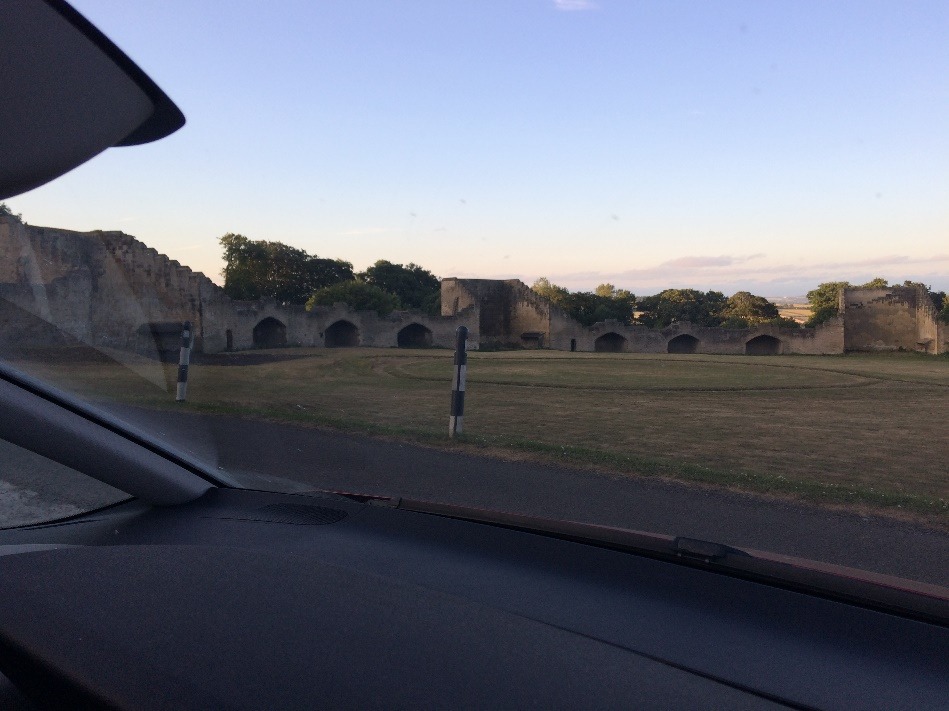 On Sun 15th June 2018 the City of Durham Fives Club met at Ushaw College, near Durham to hold its AGM and try out the unusual outdoor courts.

The buildings are closed to visitors on Sundays, but we camped out on the sports field and were soon joined by Chris Seddon of St Cuthbert’s Society, Ushaw (not related to the college in Durham). Chris is an expert on the games which were played at the college when it was a Catholic Seminary.

Despite the heat, Chris gave us a very interesting history of the courts and the games played by the students at Ushaw, including a demonstration using the original or replica equipment.

The large courts were also used for a game with wooden bats (battledores) called Keeping Up, which Oscar tried and enjoyed, although we struggled to find a ball to match the bounce of their original.

I can provide the rules of Cat, which make very interesting reading, and I’d encourage members to get in touch with Chris for further information if they have an interest in unusual sports. I have his card and email address. He divides his time between running the Alumni organisation at Ushaw and his home in Buckinghamshire.

These courts are the only ones of their kind in the world and we’re happy to give anyone a demonstration of what we’ve learnt or host a visit to play here.

We finished clearing one large Handball court and one small one, and they are playable, with care.

The kids were highly amused that the large courts were played four-a-side, including a pent-house for bouncing off and playing inside, potentially a little Real Tennis/Eton touch. The small court was very popular, as the floor was in good condition and a very fast and interesting game could be played.

The College is very keen for these courts to be used, and it would be lovely to see them all restored and in use again.

The other game played on the field, called Cat, was outrageously eccentric and rather complex, but also looked very fun.

A lovely morning was had by all. 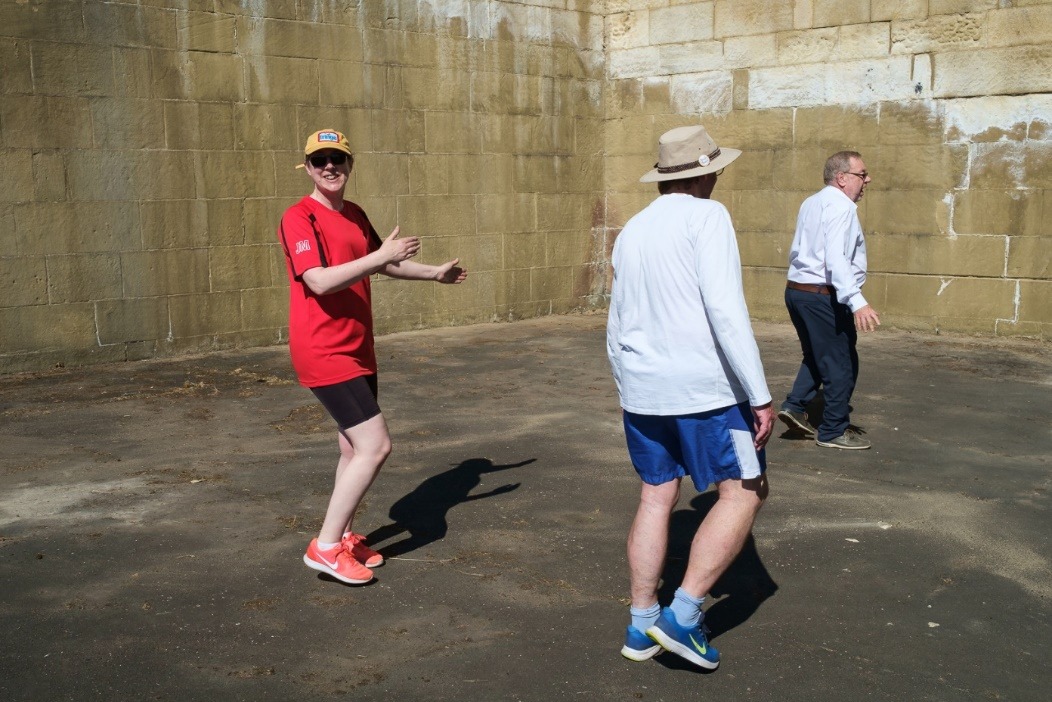 Plenty of space, and sun in the large Keeping Up/Handball court. There are three of these courts, but only one playable currently. Chris Seddon from the St Cuthbert’s Society, Ushaw, was explaining the rules. 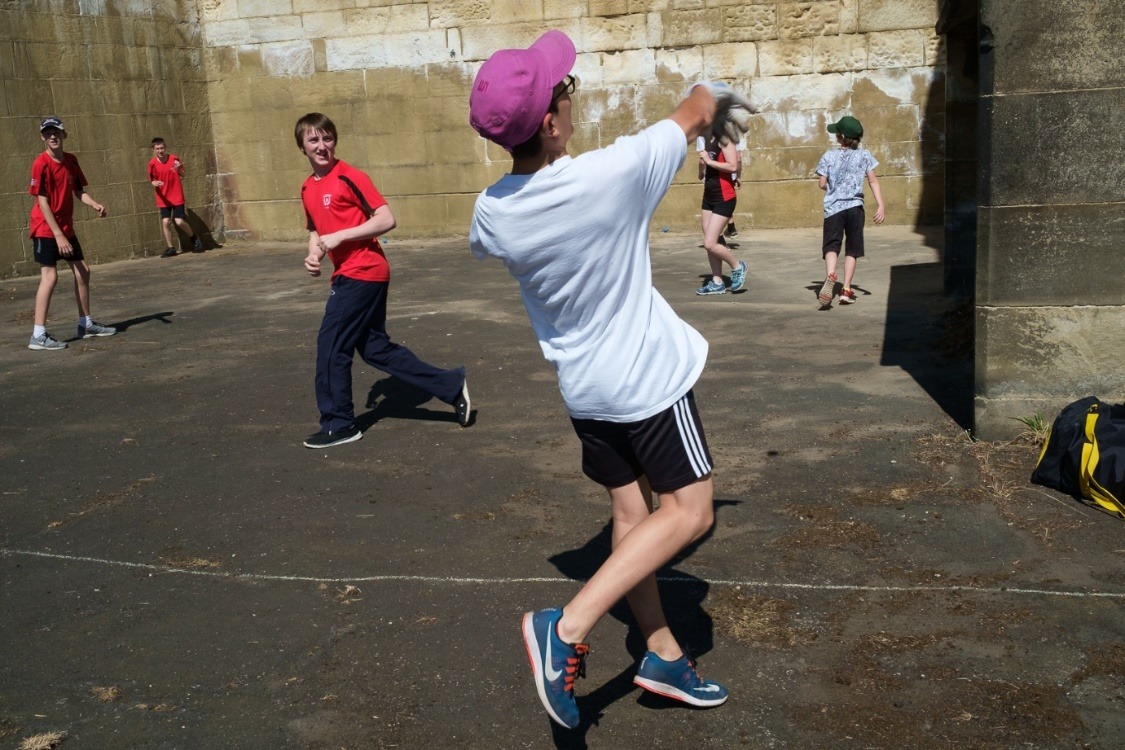 Four-a side with a wallball for us. Their ball was lighter, but about the same size as ours, and would have been covered in pigskin. 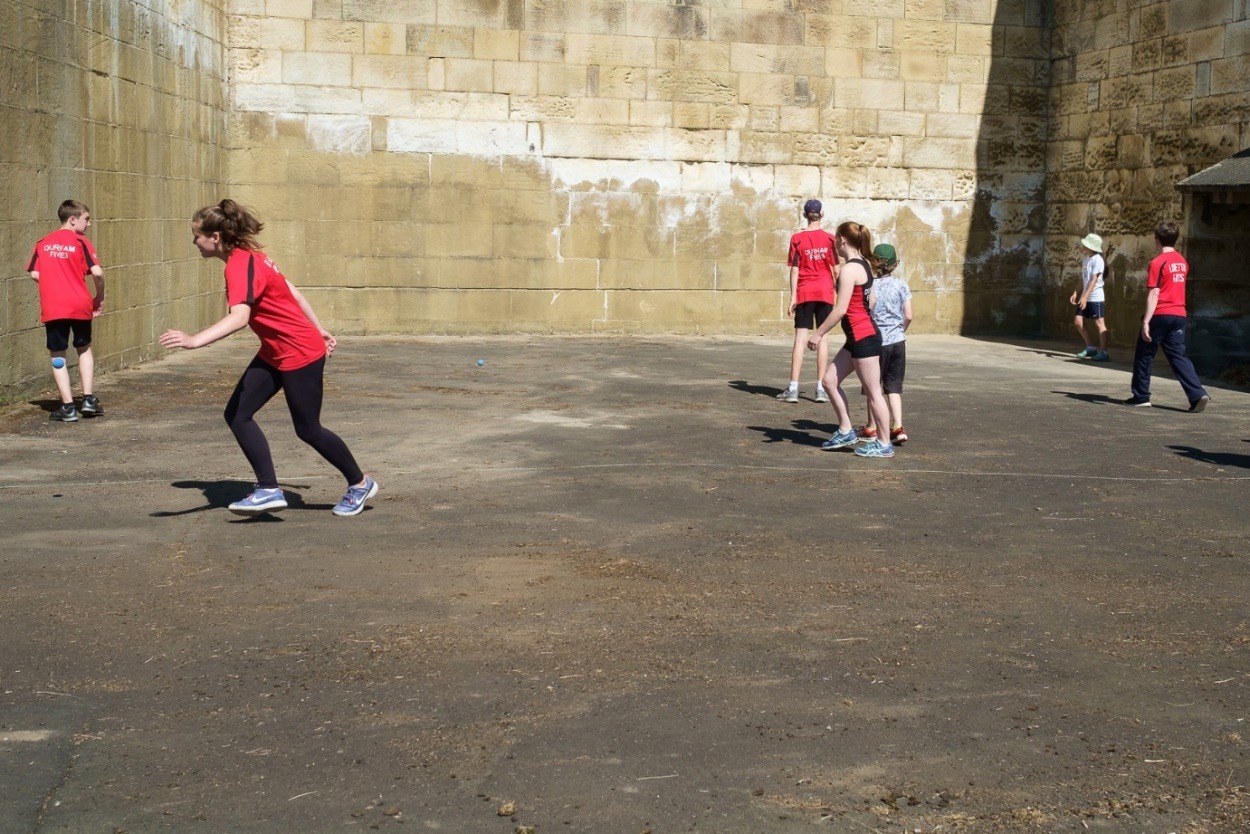 It’s a big area, with a pent-house on the right. In Keeping Up, you must serve onto the pent-house, like in Real Tennis. 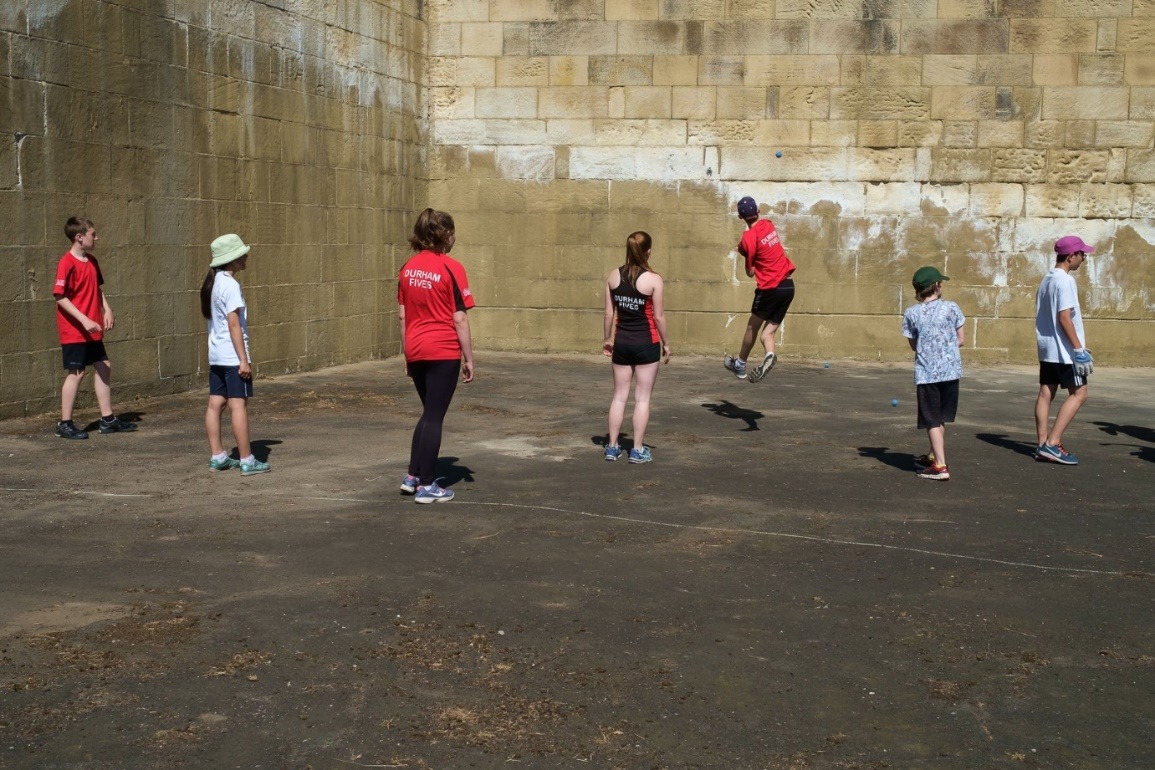 Too hot for jumping! 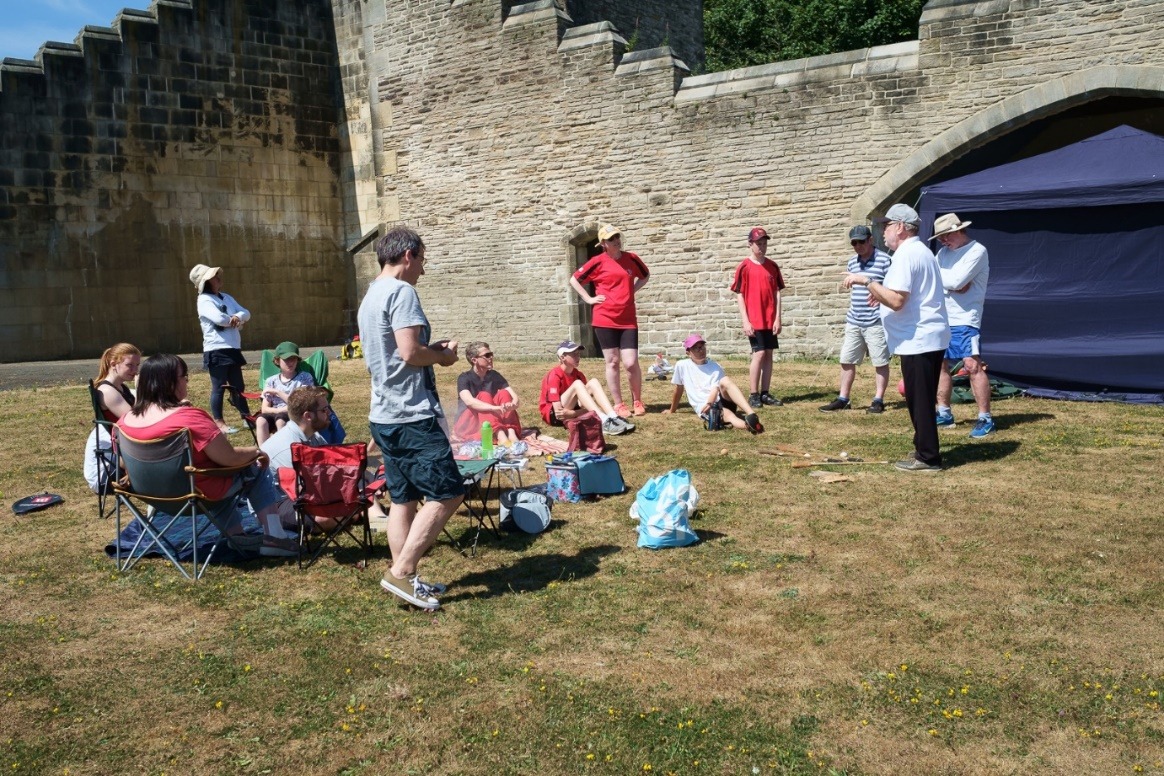 Chris explaining the rules of Cat, Handball, and Keeping Up. He gave us a really interesting history of these one-of-a-kind courts. 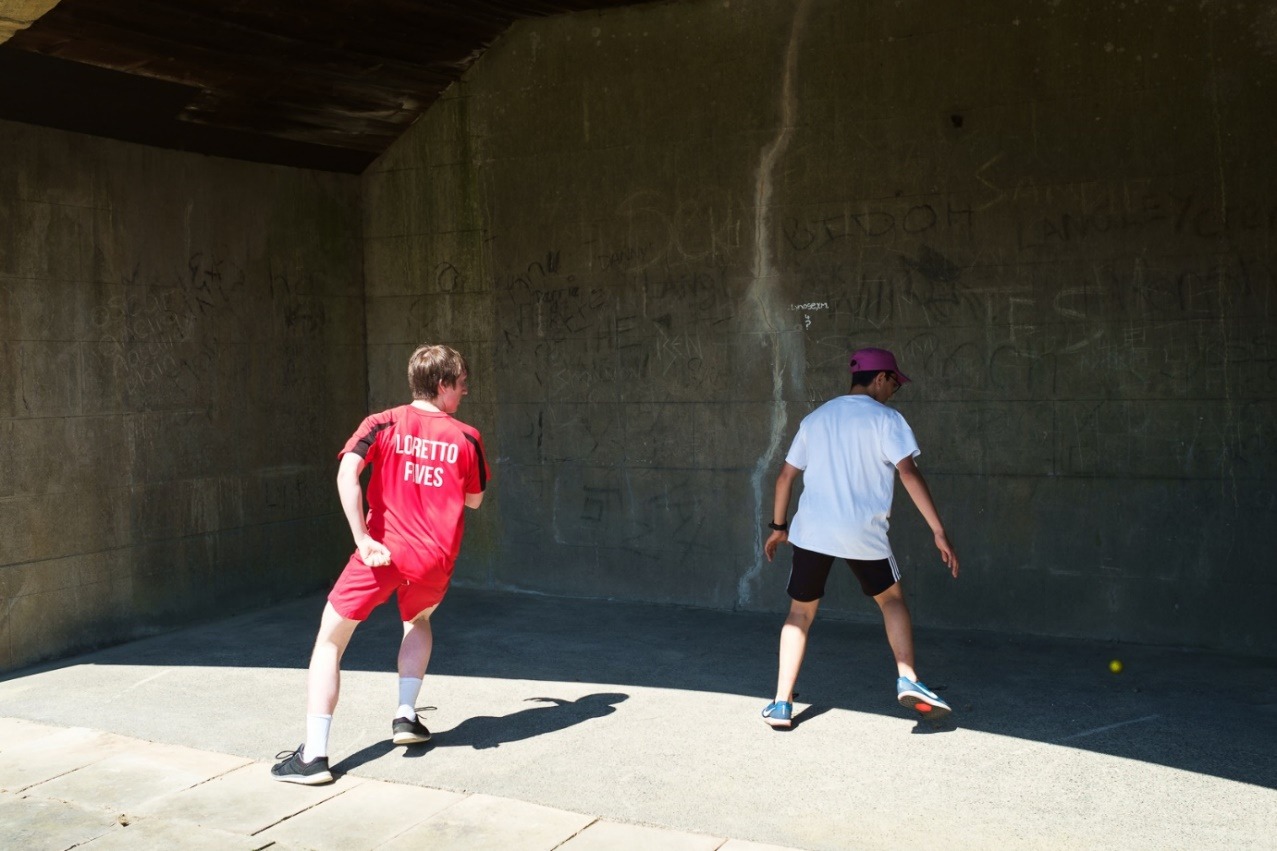 These handball courts were used by the students to warm up for their big games. Fast and furious, they were a big hit with the kids, although the roof was not meant to be used, unfortunately. We used a foam ball, as it worked quite well, and no gloves were needed. 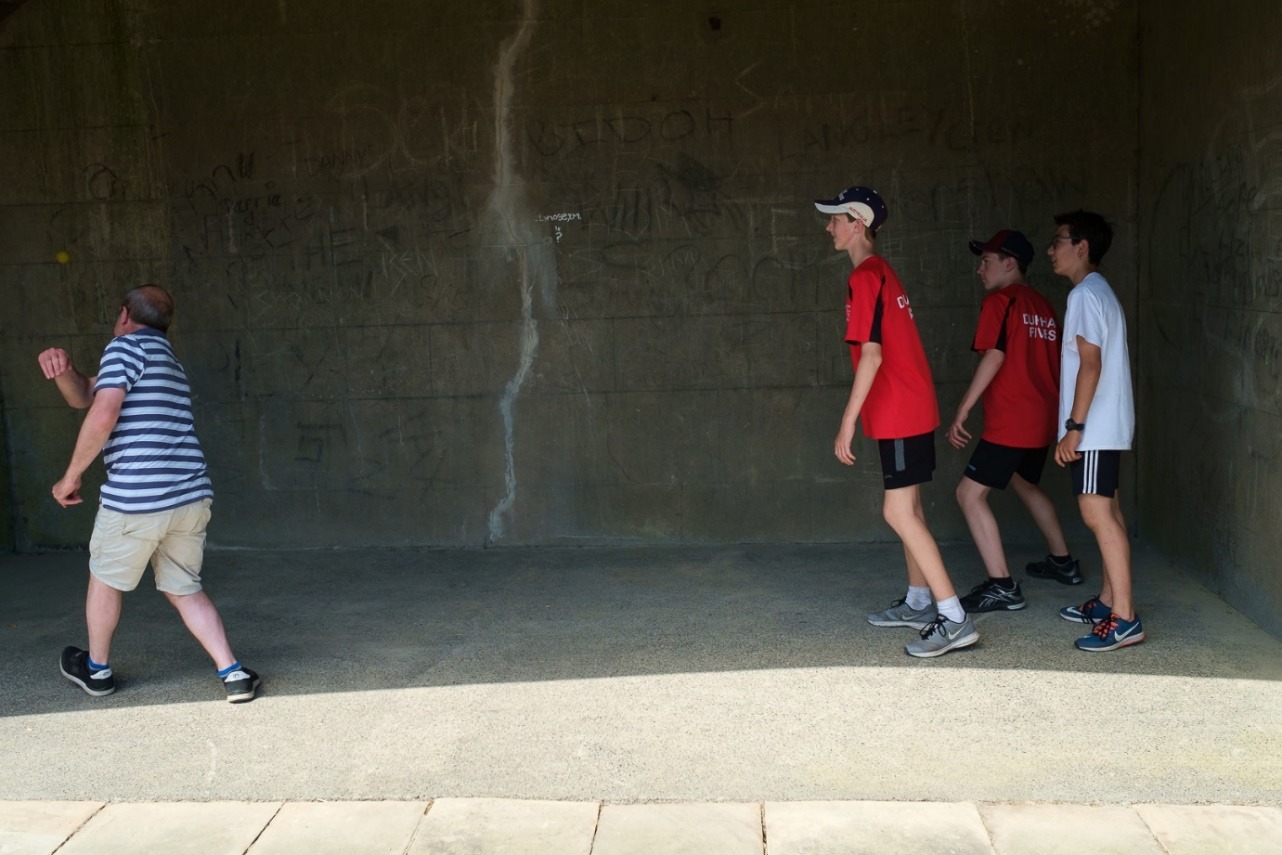 Doubles seemed a bit crowded, but worked somehow, as you could step out of the court to stay out of trouble. 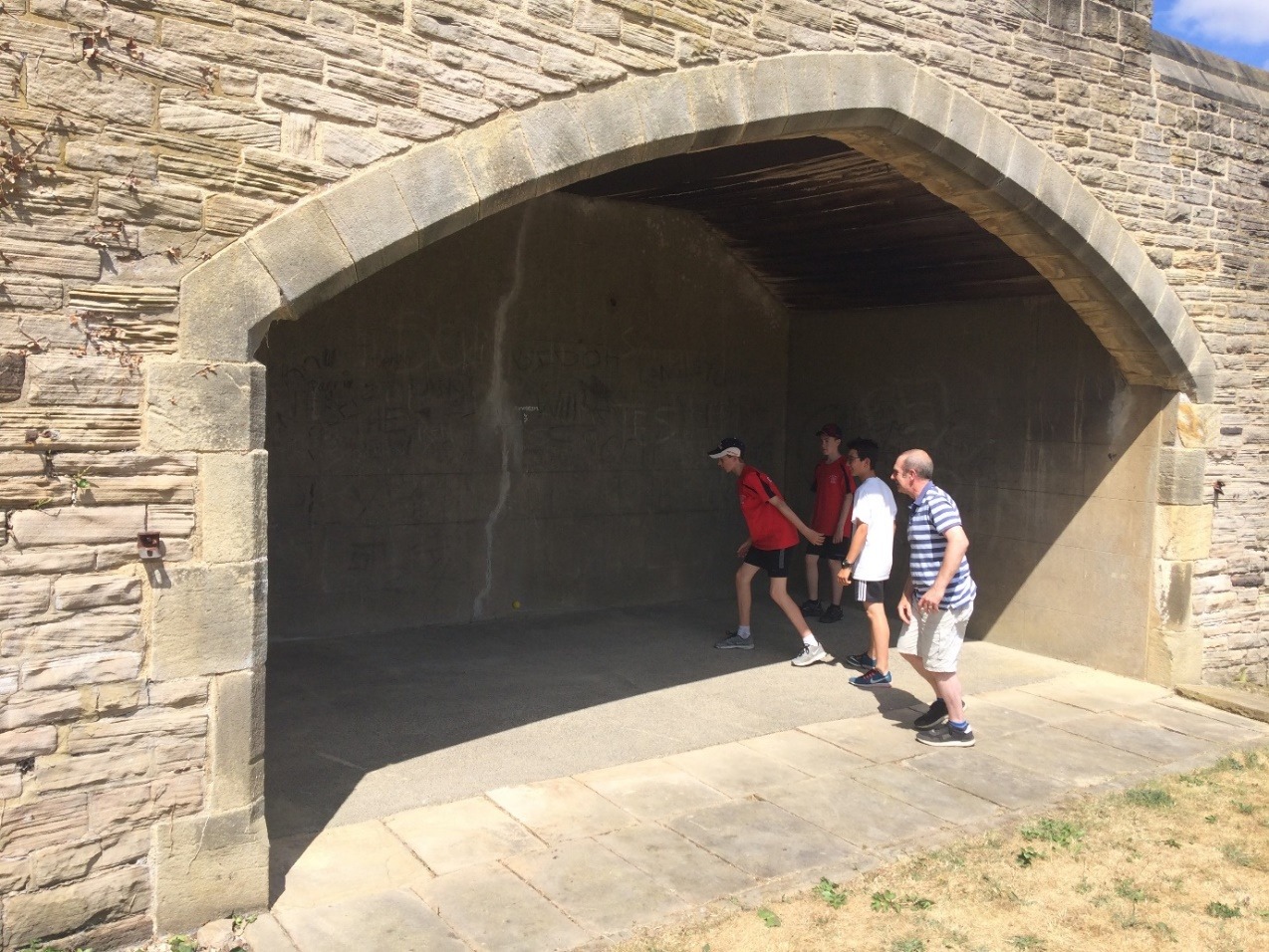 They have a roof to stop the rain/sun/snow, and there are six of this type of court, although only one can be used currently. 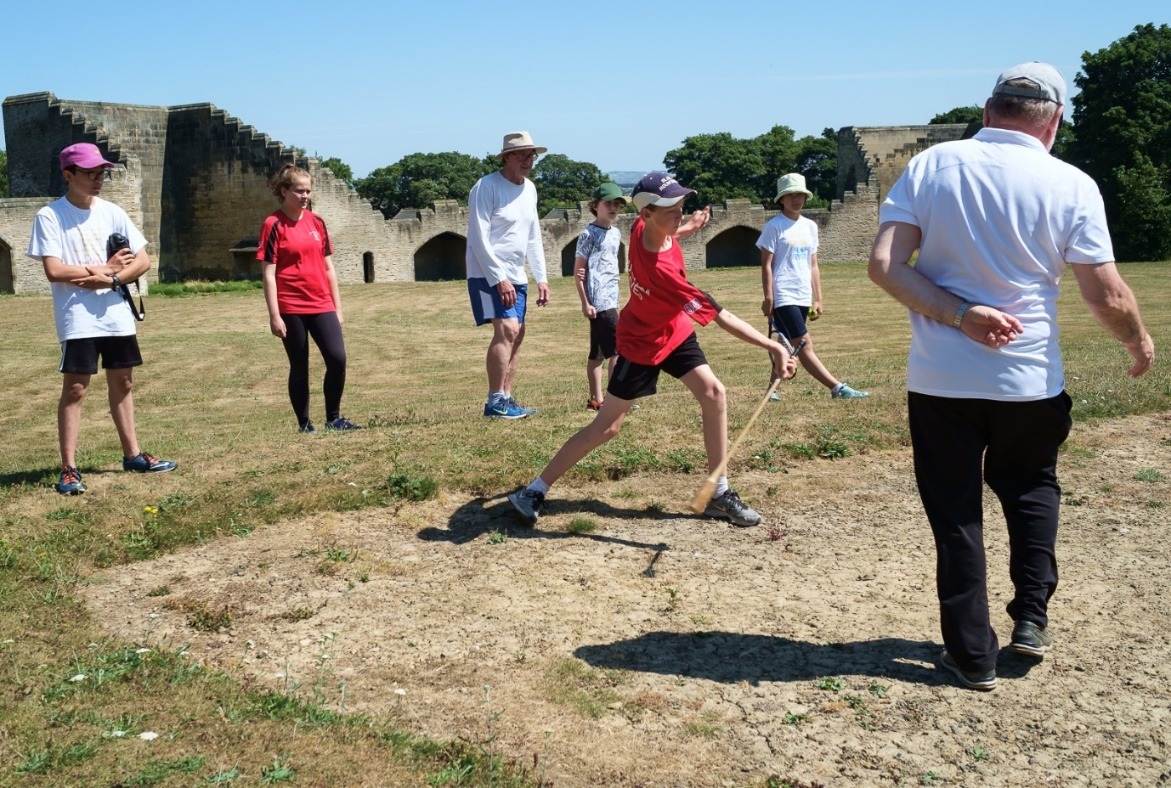 The game of cat seemed to be unlike any other! You need fourteen players, seven of whom have a stick each, and all touch sticks in the middle of the circle, at occasional points in the game. The ball is not bowled or pitched, but fed, and no-one is allowed to ask a bystander for the score! 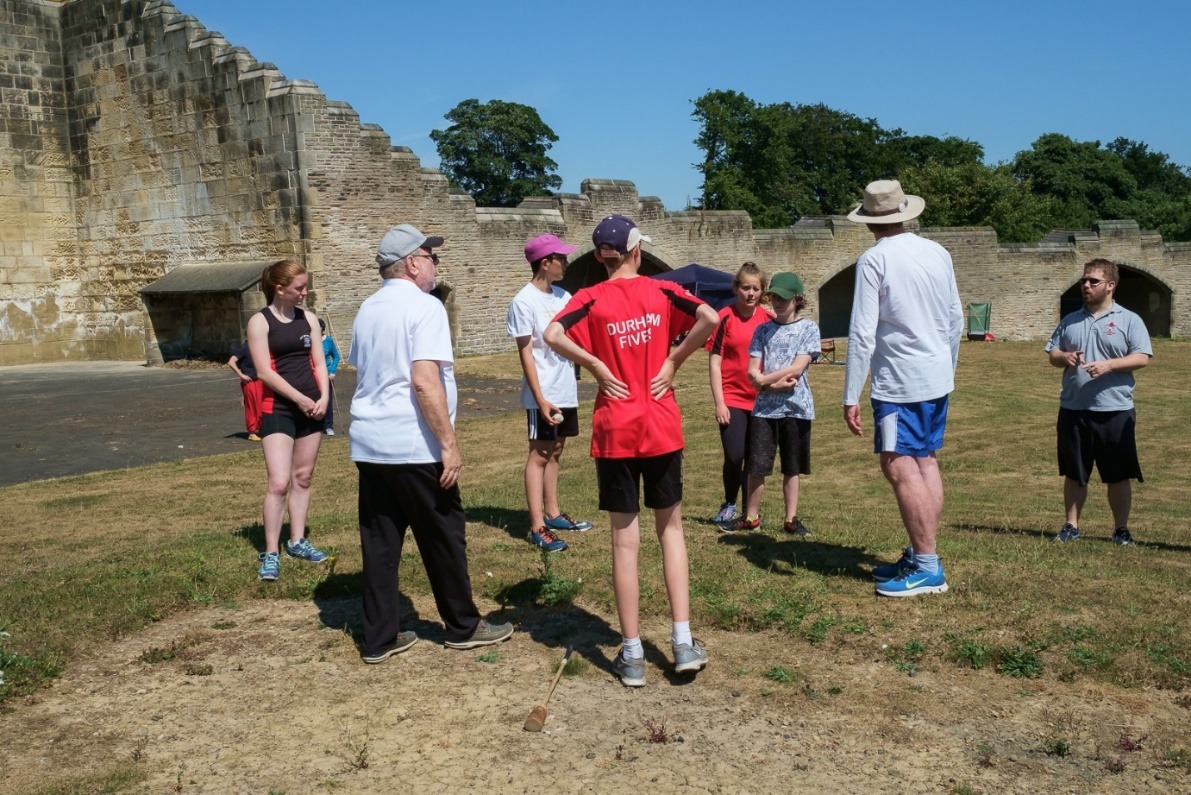 The actual Cat ball is too dangerous to use. It’s made of pitch, moulded by hand, and taped over. Definitely too dangerous for teenagers!