STOP PRESS: Organiser (for the last time) Ed Kay went out on a high by defending his Singles title once more against Ben Beltrami — that makes four in a row; and then Ed and Matt Shaw went on to win their fourth Doubles title in as many years, beating Ben and his partner Ollie Arnold.

Organiser Elect James Smith had the galling experience of reaching both Plate finals but losing the Singles Plate to Tom Watkinson and, with Julian Hanton, the Doubles to Chris Davey & Rob Whitehorn.

In the Plate-Plates Joe Sumner beat Ed Pyman for the cream egg and RFA mug, while Douglas Law & Alex Wordley put one over on Durham Uni team-mates, George Marshall & Jack Sissons, in the Doubles.

Organiser Ed Kay reports:  The Under 25s returned for its 2018 edition on the weekend of 3rd/4th February at Oundle School. The 1st round of the Singles produced only one 3-gamer, with Alex McGee coming back from a 15-11 loss against Ben Rich in game 1 to take the next two 15-4 15-2. Unfortunately, this was end of Rich’s participation due to a nasty hand injury sustained on the Jesters tour.

The last 16 returned the top 8 seeds to the quarter-finals. There were strong performances by Smith against Whitehorn and Watkinson against Russell but Whitehorn and Russell both made it through in the end.

In the quarter-finals Shaw got revenge on Parker for the Nationals and Ollie Arnold upset the seeding to beat Dave Butler, while Kay and Beltrami also made it through. In the semis Shaw decided not to tire his doubles partner out by going for broke, which turned out to be the wrong strategy. Meanwhile Beltrami took down his doubles partner, Arnold, in 2 games. The final was a repeat of the last four years: Beltrami got close but eventually lost to Kay 15-10 15-13.

The Doubles 1st round all went to seeding, with the top seeds making it through comfortably. However, this round proved too much for the Oxford team, who had to pull all three pairs from the competition due to injury: Bhushan (blister); Kirwan (elbow and knees); Petrenco (elbow); Whitham (arm); Longden (arm); McGee (still standing but no partner). This meant that Marhsall & Sissons became the only unseeded pair to make the quarter-finals. Unfortunately, they didn’t quite have enough to beat Beltrami & Arnold. The other three quarter-finals went to seeding.

In the semis Kay & Shaw beat Russell & Watkinson 15-4 15-2 in a match significantly more competitive that the scoreline would suggest. On the next-door court Parker & Butler almost caused a shock against Beltrami & Arnold, but weren’t able to keep up the momentum after the first game and eventually went down 14-16 15-4 15-5. The final was a hard-hitting affair, but Beltrami and Arnold both appeared fatigued from their Singles exploits and weren’t able to match the Cambridge pair for consistency, with 15-5 15-2 the final score.

With 5 pairs in the Plate, we eventually ended up with a well contested final where Whitehorn & Davey just got the better of Smith & Hanton. In the Plate-Plate final it was Durham v Durham, with Wordley & Law winning in 3 against Marshall & Sissons.

All the players would like to thank Oundle School for their great hospitality, not only this year but over the past seven years. 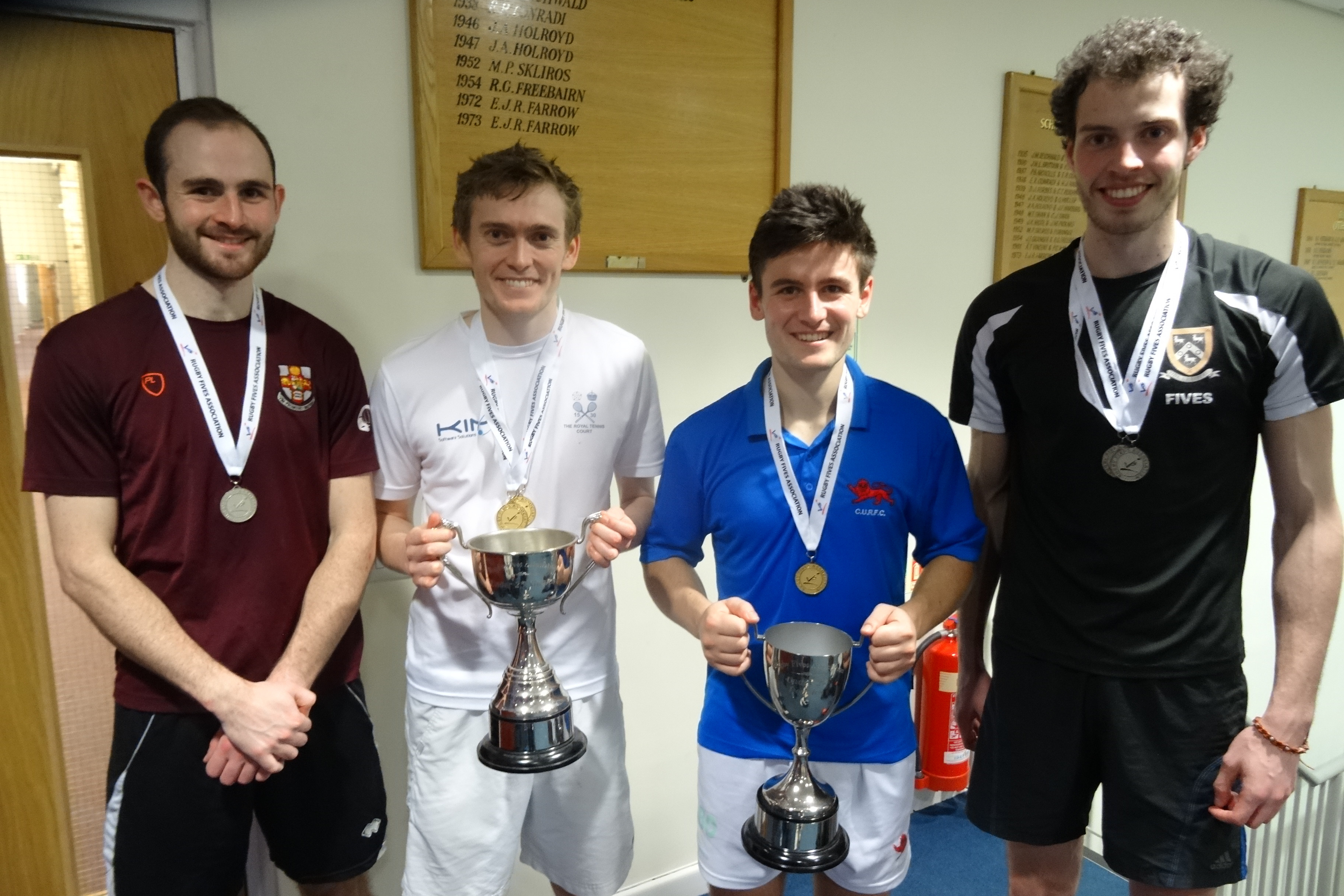 Champions and Runners-up in Singles and Doubles 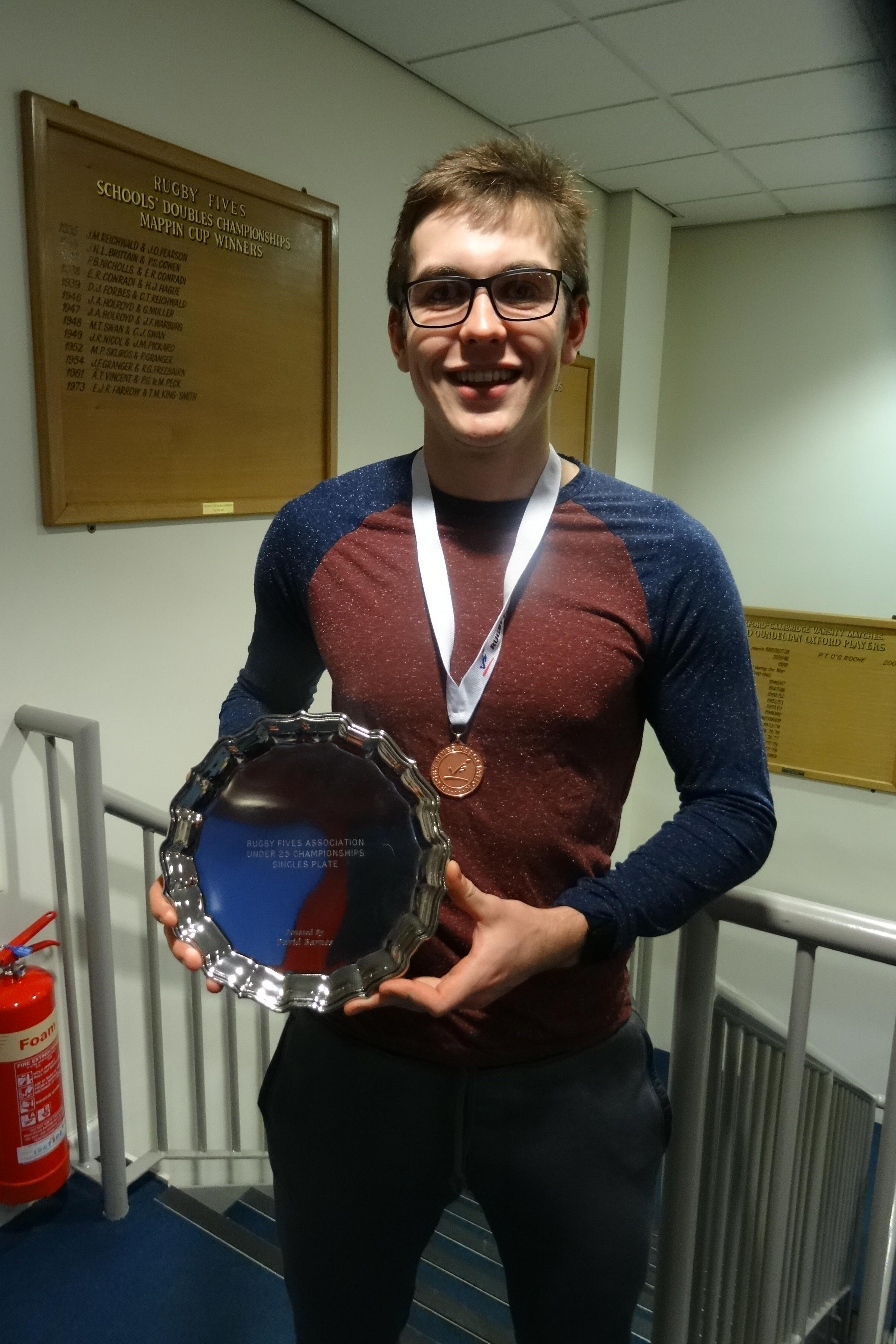 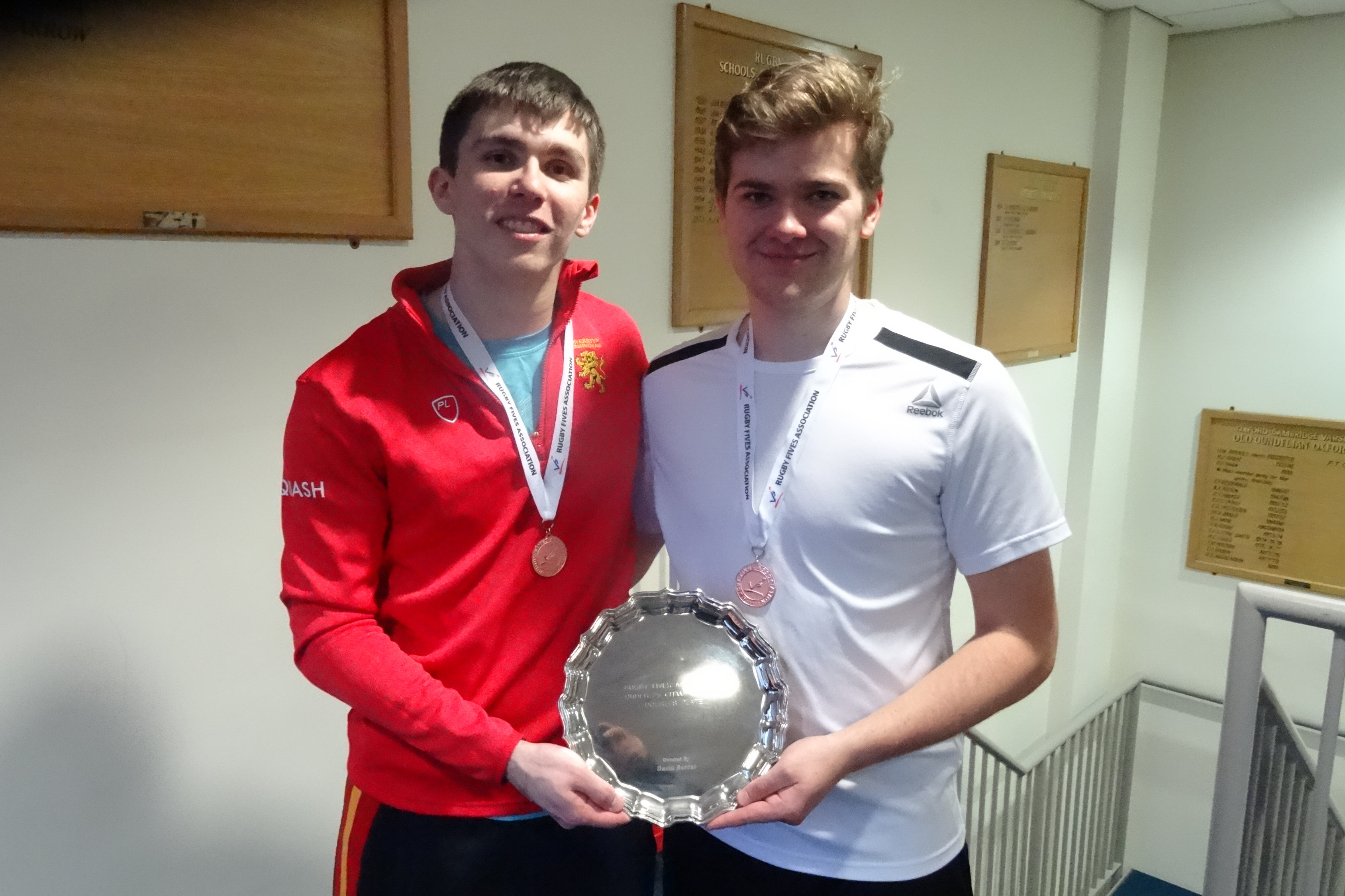