On the hottest day of the year, eleven intrepid souls ventured into the oven of the St Paul’s School courts for arguably the biggest event in the Fives world – the Executioners’ end-of-season doubles tournament. Unbelievable scenes as eleven players turned up within half an hour of the start time. After finding the only available piece of paper – a receipt for two lattes and a cookie – and a pen, the organiser started scribbling and came up with the perfect combinations of pairs. Showing the type of foresight which has made him a laughing stock in psephological circles, the organiser said loudly: “Duncan Neale & Robert Mathias are the pair to beat”.

Given the odd number, the organiser laid down an exciting rule that each pair would have to sub the organiser in for one of their four matches. Hale & Steel opted to grasp the nettle early and the organiser stepped in for Hale for the first game: Neale & Mathias 15 – 0 Matthews & Steel. Elsewhere Compton & Webster embarked on a steady and victorious campaign through the group stages; while Stokes & Rogers notched up a couple of early wins. Little should be said for the efforts of Wall & Petersen, except that they are both fine and decent fellows and that an absence of talent was vastly counterbalanced by a joie de vivre akin only to a pair of young ex-public school boys trooping off to the polling booth to vote for Corbyn.

As things developed it became clear that Duncan Neale was hustling hard. Turning up in prescription dark glasses, soaked in sweat and talking of two hours of sleep, he hit sly front-of-court winners reminiscent of Frank Akerman schooling the colts on the Jesters tour. The organiser rightly stepped in: Compton & Webster 15 – 7 Matthews & Mathias. Hale & Steel deserve praise for some valiant efforts as they sought to overcome their poor start; as the group stages drew to a close it became clear that the undefeated Compton & Webster would be facing Stokes & Rogers in the final, with Hale & Steel against Neale & Mathias in the play-off for third place.

Wall uttered a phrase that can be summed up with the acronym ‘FML’ and stomped off the court.

In the bronze medal play-off Hale & Steel headbutted the concrete wall that is Duncan Neale and eventually succumbed.

The final was an ambitious best-of-three-to-eleven affair and, at one game all, all four players were lying on their backs on the court with mutterings of ‘calling it a draw’. Cue explosion from the organiser and the final game was begun. Congratulations to Compton & Webster, who triumphed over a spirited Stokes & Rogers.

Off to The Sun Inn in Barnes. Absolute scenes as Petersen bought champagne and a table tennis table was discovered (off point, but Matthews 21 – 12 Stokes). The organiser gave a short speech, praising Andy Pringle for being an utter legend as Captain of the Club and lauding all who turned out for such a terrific day.

The views expressed here are solely those of the organiser, though all would agree that Andy Pringle is a Legend 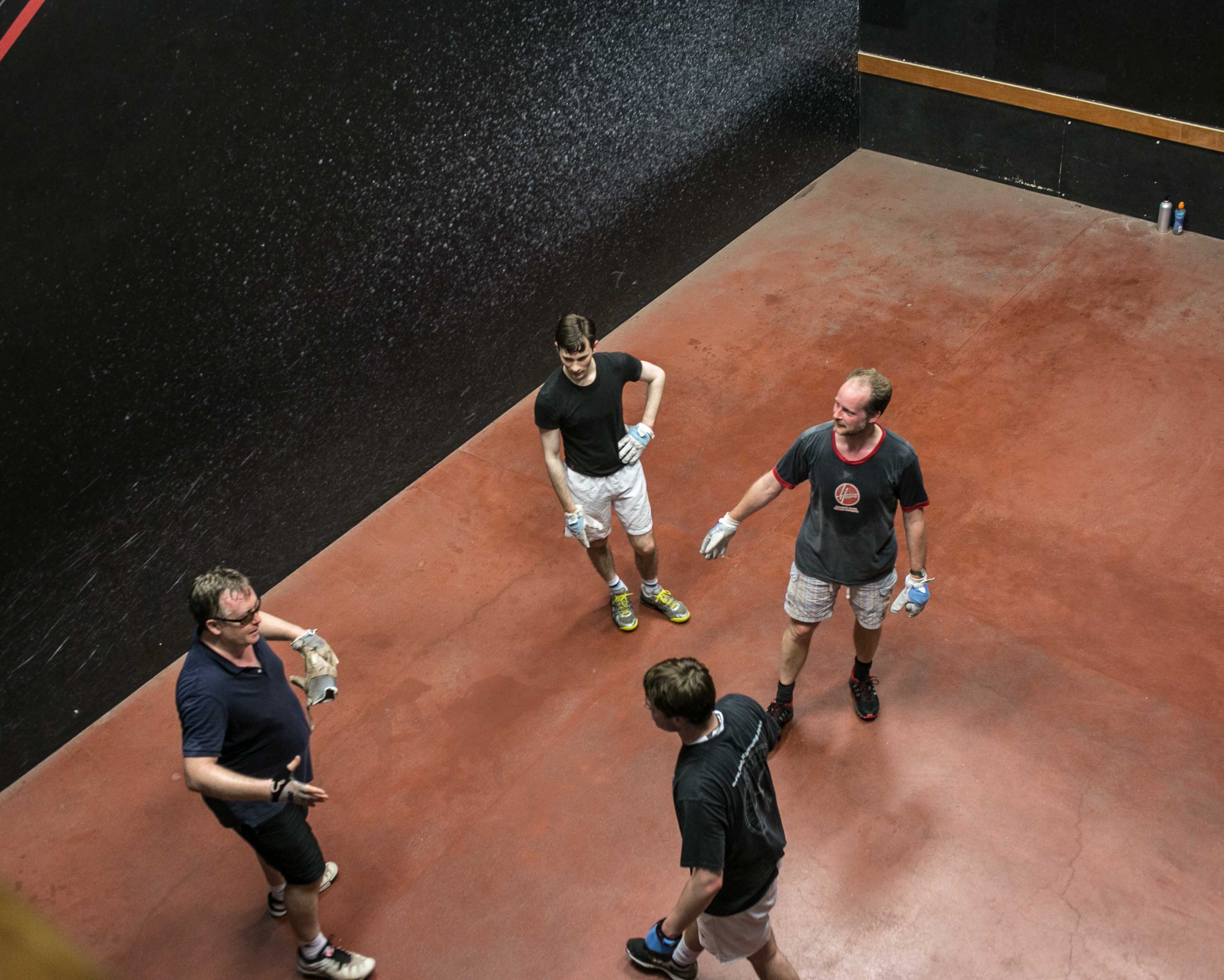 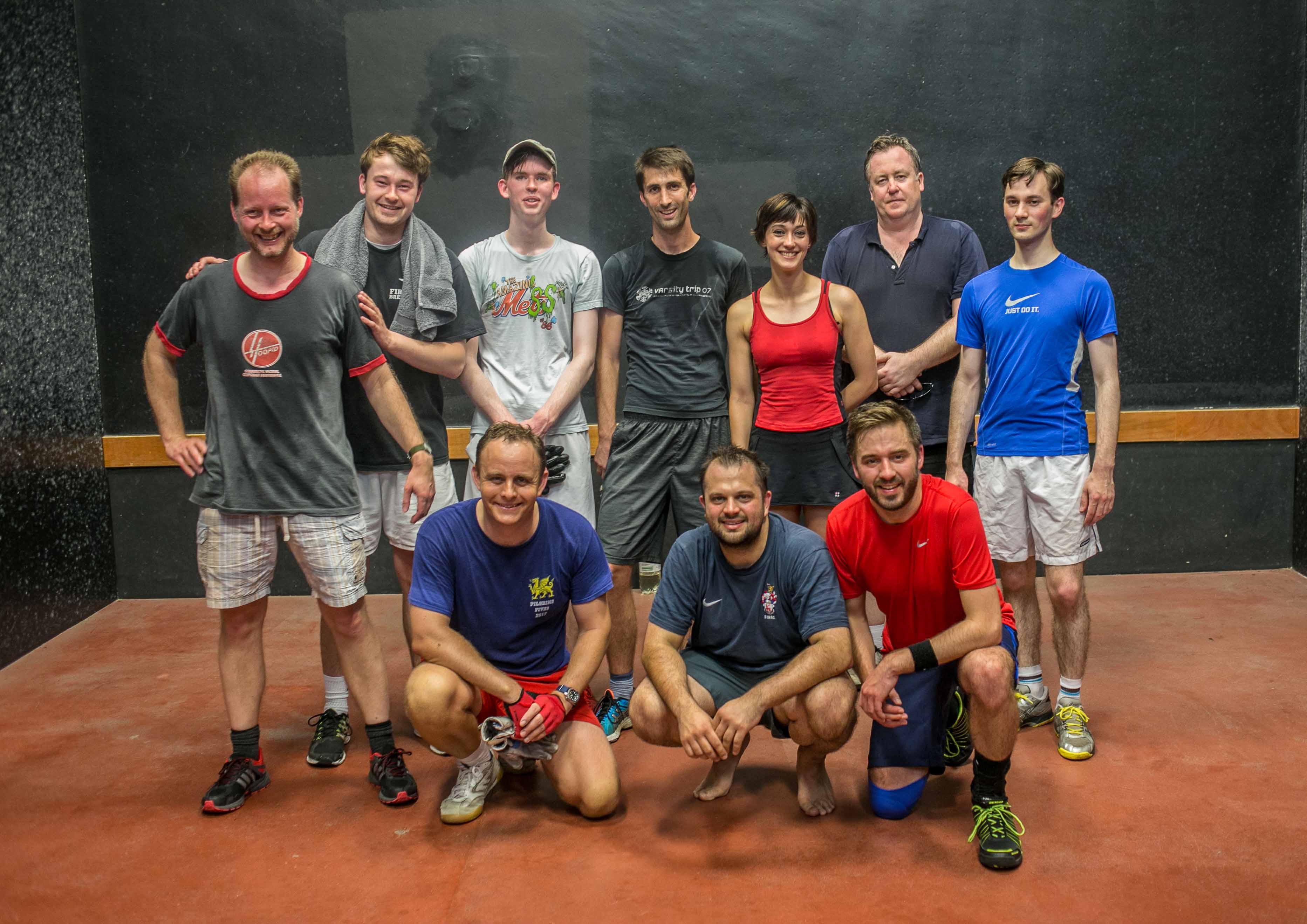 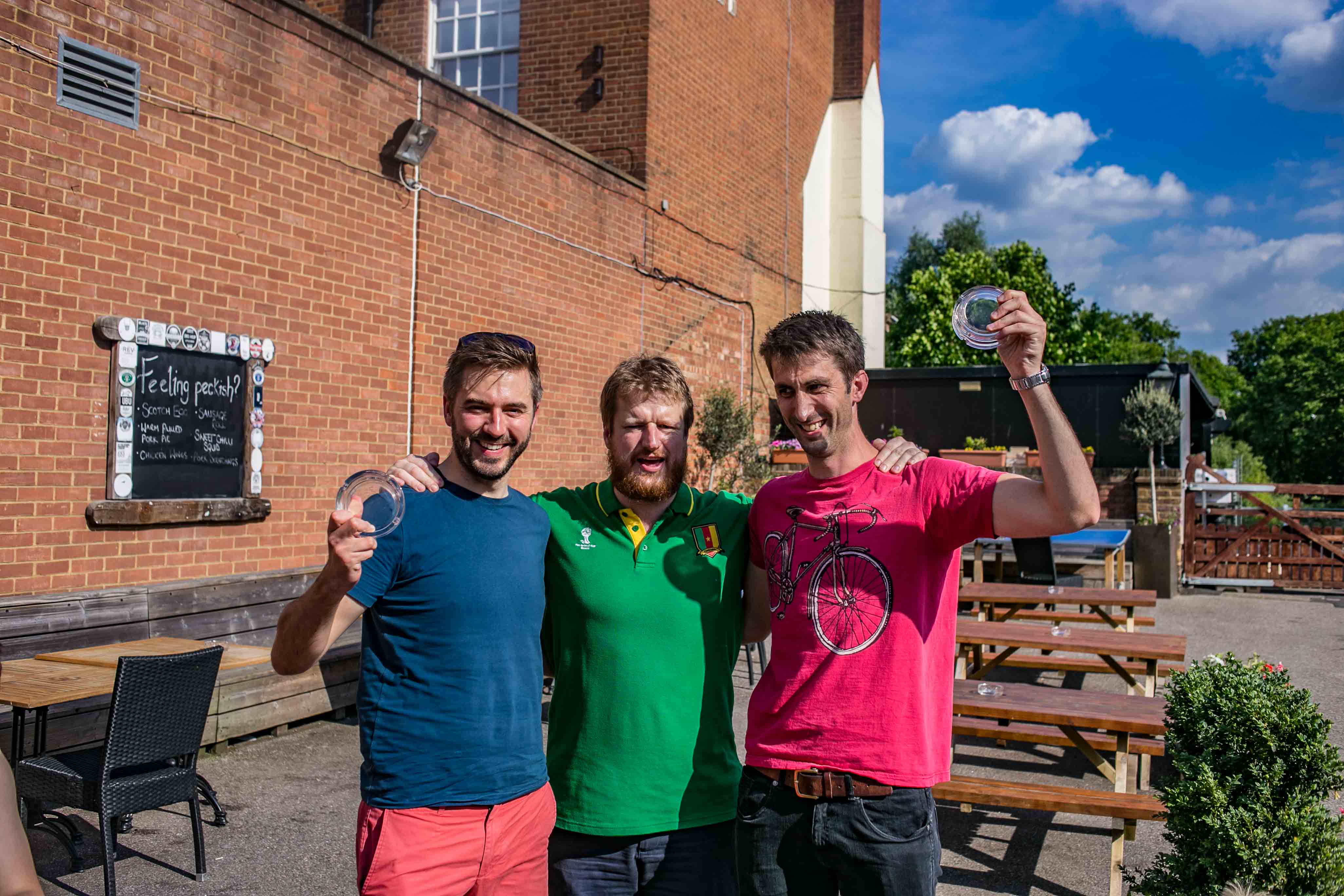 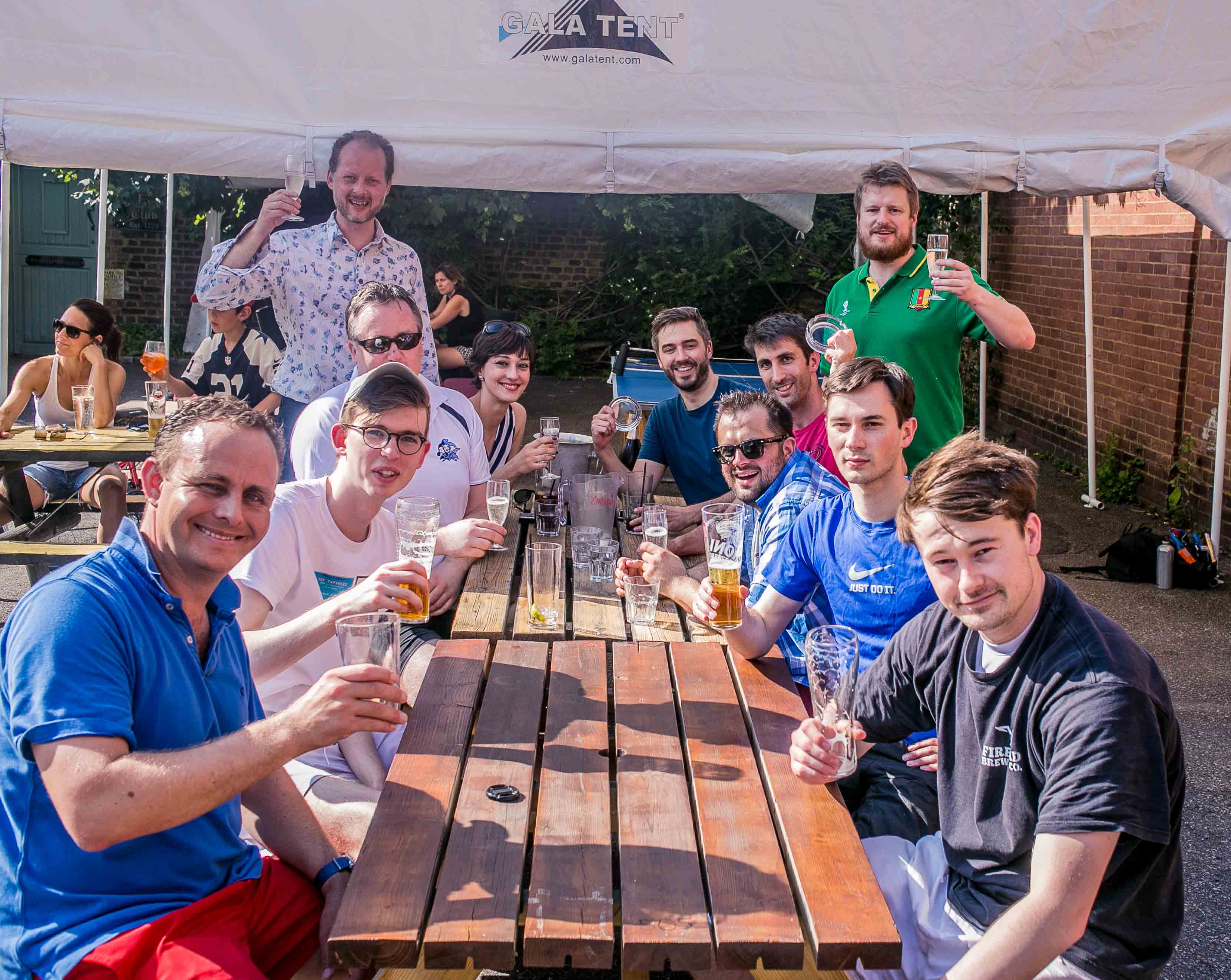