On the Saturday before the 2019 Varsity Match the annual Past versus Present match was played for Oxford at St. Paul’s School and for Cambridge at the University Sports Centre. In the latter case it was the 70th anniversary of the founding of this fixture in 1949 under the presidency of Jock Burnet. Matches were followed by dinner at Queen’s Club and Pembroke College respectively.

FOR CAMBRIDGE — President of CURFC, Bob Dolby, writes: At Cambridge there was a full-scale rehearsal for the upcoming Varsity Match, with 8 games of Singles and 16 games of doubles, all played with the new ball, variously called the ‘New G6’, the ‘Wiseman Ball’ or even the ‘SE22’.  Six of the Singles games went the way of the Past, which was no surprise with players like Ed Kay and Matt Shaw now playing for the Past.

With so many former members of the club volunteering to play, a further six players were ‘subbed in’ to contest the Doubles for the Past. Tim Caroe & Joe Gribble and Ian Jackson & Elliott Malone were conspicuously successful pairs in the first round of Doubles, and the addition of Andy Pringle to partner Matt Shaw after the turn was all too tough a combination for the Cambridge 1st pair to counter.

The final score was a victory by 325-185 for the Past, enabling a proud captain Rupert Mathieu to carry off the Trapnell Tankard. On the third court, however, the Mixed Doubles match for the Ted Isaacs Trophy was a very close affair which went down to the wire, with Cassi Henderson & Joe Gribble holding on to deny Lottie Simpson’s IV in a nervous game against Holly Nugent & Helena Tunks, Helena having the distinction of being the first lady Sparrow to represent the Past. The final score: 66-63 to Cassi’s IV.

FOR OXFORD — Dick Warner, Senior Member of OURFC, writes: 2019 marks the 34th annual Rugby Fives fixture between Oxford Past and Oxford Present, inaugurated in 1986. The prize we contest is the Mackenzie Bowl, named in honour of that nonpareil schoolmaster of St Paul’s School, who insisted on having six fives courts built as part of its relocation from Hammersmith to Barnes. All six courts were in furious use last Saturday, as the Past and Present Vllls, Beavers IV, and Ladies teams competed keenly and chivalrously. The Present Vlll notched up only its eighth victory in the series — and by its largest ever margin. The dinner at Queen’s Club relived old battles, and we looked forward to an exciting Varsity Match, at which fives is always the winner.

Oxford organiser Nick Whitney reports: It was another hotly contested Oxford Past versus Present fixture at St. Paul’s School on Saturday. The Oxford Present team, now under the captaincy of Alex McGee, remains largely unchanged from last year’s Varsity-winning side. However, there have been welcome additions in the likes of Peter Hanton, who has stepped into the team at number one.

In the Singles, despite some hard fought battles from the Past, seven of the eight games went to the Present. Notably, last year’s captain Sid Bhushan overcame his former teacher Sam Roberts to win 15-11 in a gruelling game. The Present’s only loss came in the top-seeded game, with Peter Hanton able to get only 6 points off former National Singles champion Matt Cavanagh. This left Present up by 111-72 going into the Doubles.

The Present carried this momentum through the rest of the afternoon’s play, showing some great consistency and endurance. They ended the day with 297 points to Past’s 174, winning the Mackenzie Bowl for the first time since 2010.

Fresh from receiving recognition as a Half Blue sport, the Oxford Ladies’ Rugby Fives team also competed in a round robin singles tournament. Phoebe Thornhill narrowly edged out her doubles partner Bee Crinnion to come out on top of the group. 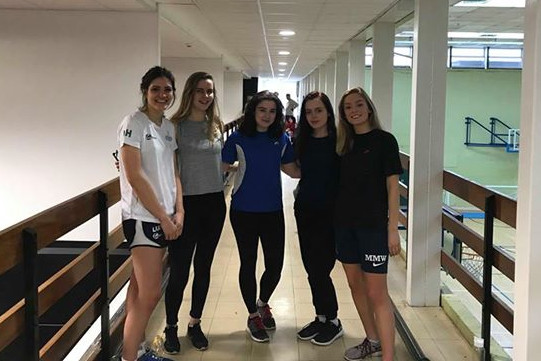 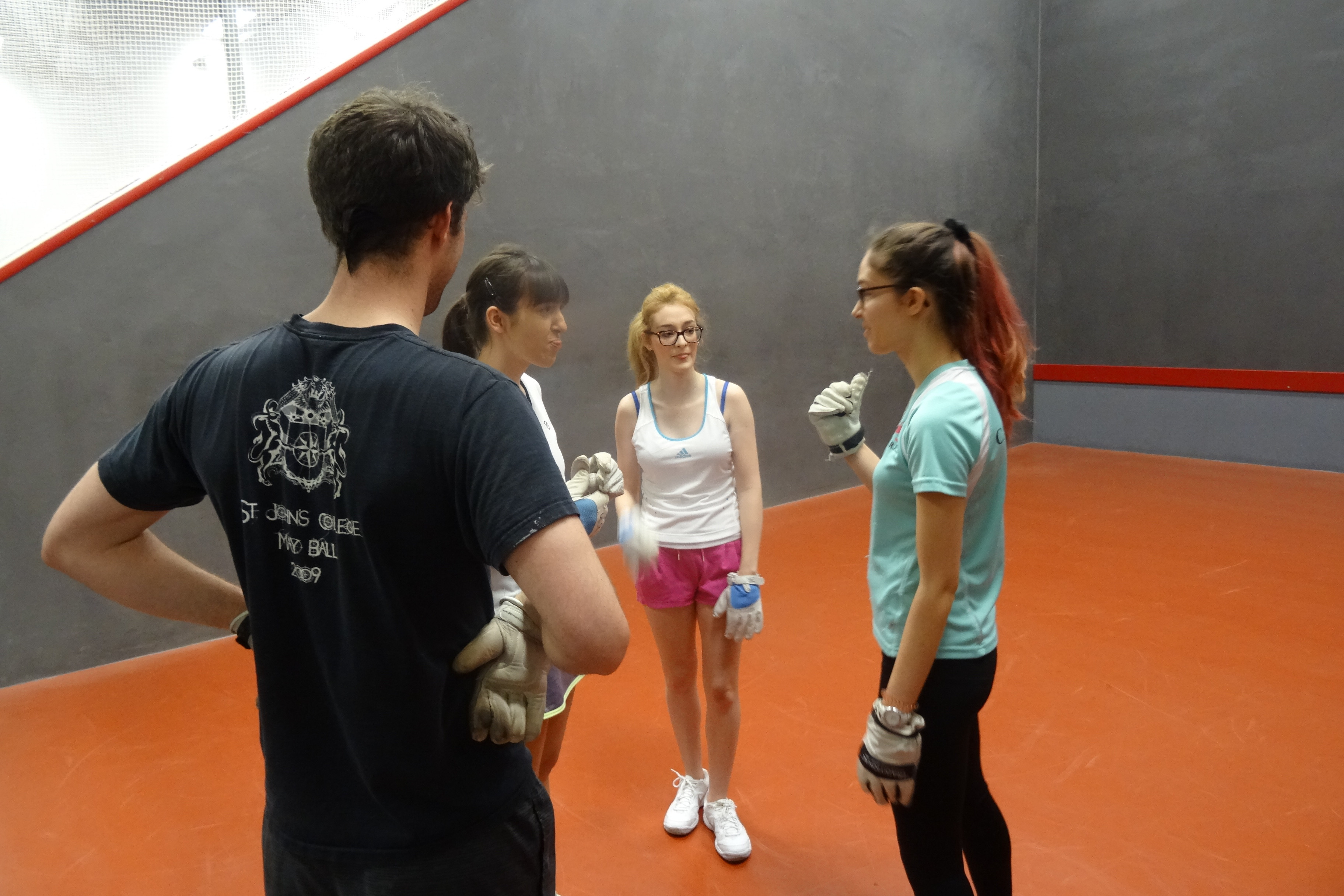 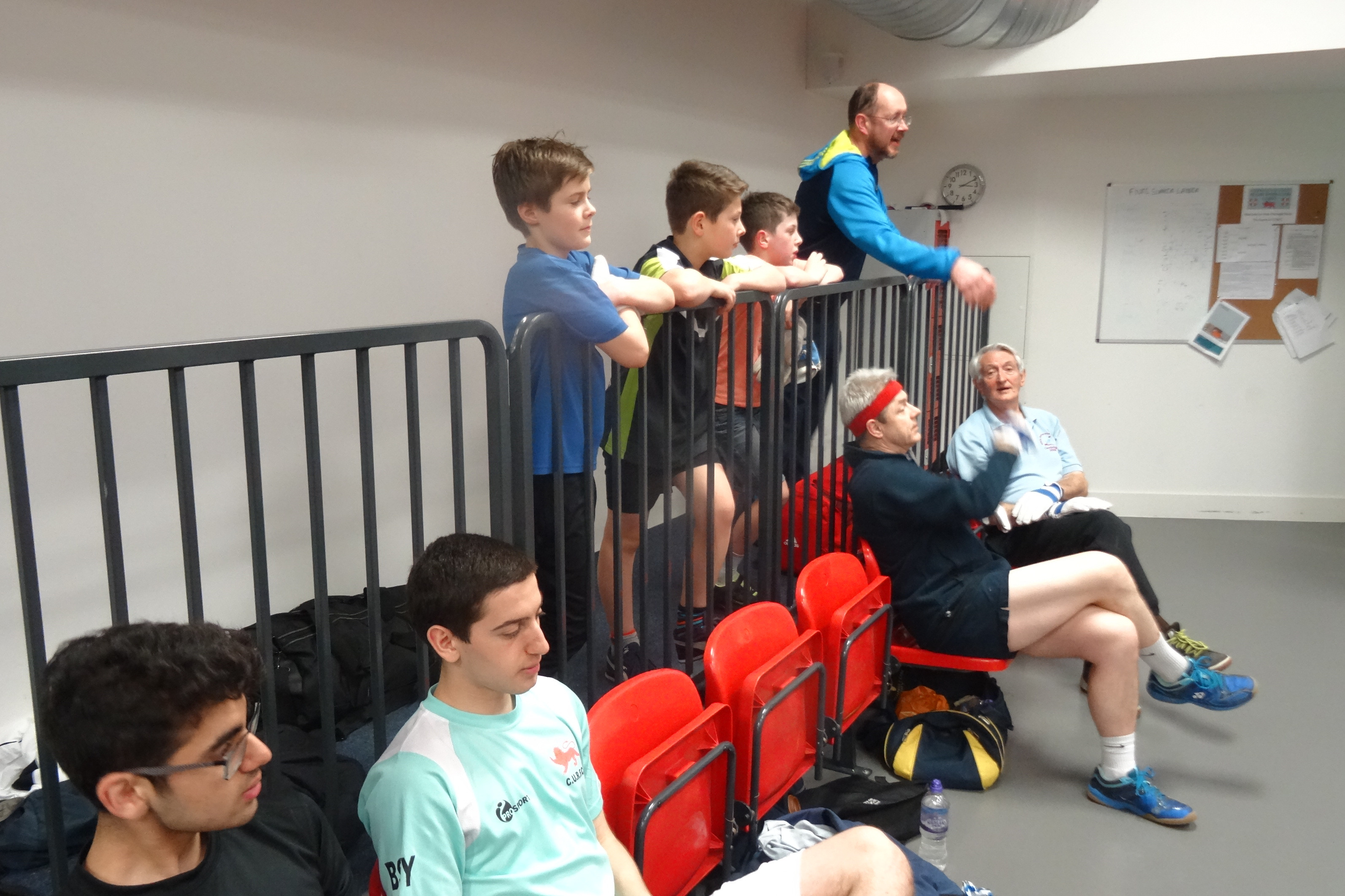