Organiser Charlie Brooks writes: Dan Tristao regained the National Singles title, beating top seed Will Ellison in another exceptional final on the St. Paul’s courts. As ever, they fought titanically over every point, neither willing to concede an inch. In the end, after the first two games were shared and it stood at 8-8 in the third, Dan dug that little bit deeper to find the necessary energy to pull himself across the line. Dan had flown out of the blocks to take Game 1, playing with great pace and precision. Will then upped his performance; he started to move Dan around more as well as find winners to hit back and send the match to a decider. 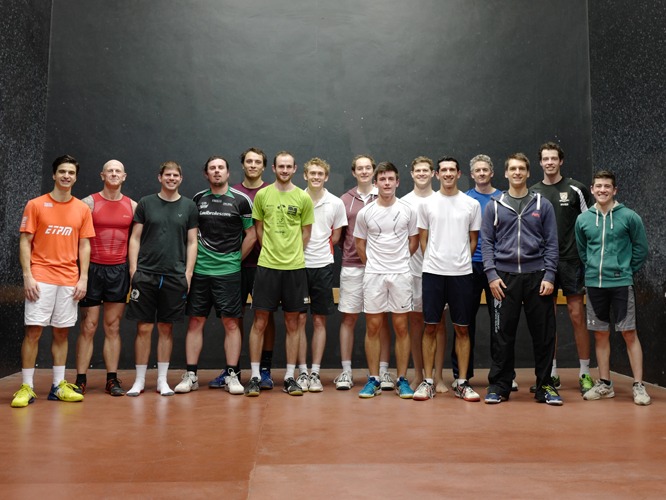 What is remarkable is that we have come to expect this level of play from these two; rallies continuing for impossibly long, regular nicks in every corner of the court and spectators consistently amazed. At times in the match, Will was able to find the back wall nick on a whim for clear winners, and at others, Dan’s deft touch produced dropshots that were simply unreachable. It is also worth mentioning that the spirit the match was played in was a testament to both players; long may their rivalry continue!

Will and Dan had breezed through their three matches on Saturday, despite the sweltering heat of the St. Paul’s courts. Looking at the draw beforehand, it seemed Will’s biggest challenge would be his semi-final against Ed Kay, who recently swept away all competition in winning the British Universities title. Ed had been in dominant form in his previous matches on the day; however, Will simply had too much and registered a surprisingly comfortable victory. In the other semi-final, Dan came up against a tiring Charlie Brooks and was never unduly troubled.

The draw went almost exactly in line with the seedings (#onlyhebdenknows). The first round saw all eight seeds through to the quarters, mainly in serene fashion. The exceptions were Matt Cavanagh’s two close games in defeating Ollie Arnold and Julian Aquilina just about managing to hold off Matt Shaw, 15-13 in the third. 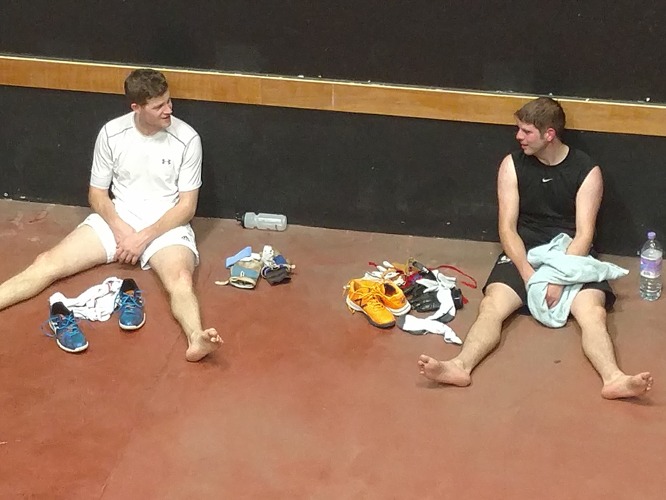 Dan and Charlie reflect on their epic match

In fact, the final was only the second match to upset the seedings, the other being an epic contest between Dan Grant and Charlie Brooks in their quarter-final. 16-15 in the third tells its own story. Charlie had seemed comfortable in winning the first, Dan even more so in winning the second. At 10-all in the third it was anyone’s – Charlie went on a bit of a run, but Dan managed to save 10 or more match points before seeing one of his own pass by. With the tension palpable, Charlie just about eked out the victory to reach his first National Singles semi-final.

In the plate, Matt Shaw recovered Phoenix-like from his first round 3-gamer with Julian to take the silverware. He had seemed down and out, barely able to move; but such are the spoils of the National Singles plate that he found it within himself to beat Minta, Parker and finally Ollie Arnold (defending plate champion) to emerge victorious. As always, this is the king of plate competitions and this year’s standard did not disappoint. 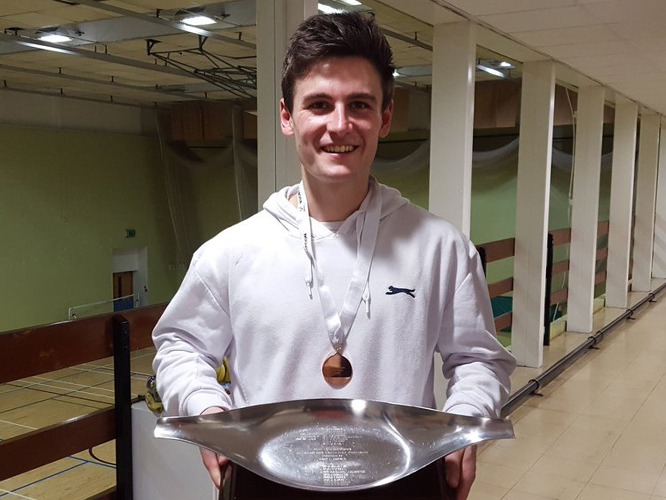