RFA member Dave Parlby rode the London 100 Race on 10 August in honour and memory of his great friend and Fives partner (and former RFA Deputy President) Jeremy Schroeter, who tragically died of bowel cancer last year at the very young age of 60.

Dave secured a place on the Beating Bowel Cancer team led by Matt Dawson and asked friends and Fives player to make a donation of whatever size to this very worthy cause by going to justgiving.com/David-Parlby.

The photo above shows Dave with Ellie Schroeter. The photo below shows Dave and Jeremy at the opening of the Oxford courts in 1990. 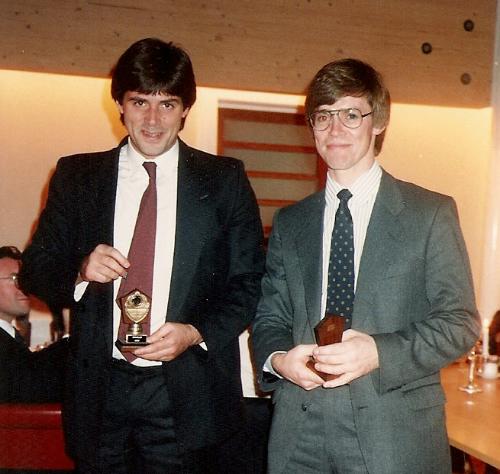