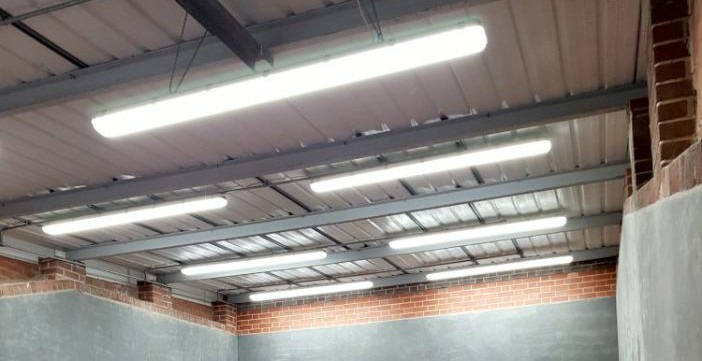 Work has been completed on the refurbishment of the Derby Moor courts ahead of this weekend’s final Rugby Fives tournament of the season — The Derby Moor Invitation Doubles — which will see players from Derby, Durham, Bedford, London, the Deep West Club and the Halifax White Rose Club compete for the coveted tankard and coaster.

With the blessing of the school, now the Derby Moor Academy, the work was financed and partly carried out — as is the Club’s wont — by its members at a cost of £2,500

Lewis Keates led the repair of the left-hand-court side wall using a coloured epoxy render on Saturday. The lower part of the wall had become cracked and contained loose pieces of render. Foreman Stuart Kirby reports that “this is now fixed after a gruelling day for Lewis, Richard Christie and myself”.

Richard and Stuart also searched for balls in the nooks and crannies around the roof and discovered a total of 15 — most of them usable. The holes were then plugged, so hopefully no more will be lost.

On the following Tuesday , the 14-year-old fluorescent-tube lighting, which had become somewhat dim and yellowed, was replaced on both courts. The new fittings are enclosed LED units which make the courts much brighter and more inviting. They look suitably professional and will last a lot longer compared to the old ones.

See below for photos of the finished work, with Lewis displaying his plastering skills and Richard his method of measuring out equal amounts of render. Stuart, who has master-minded this operation, has also been advising on the recent refurbishment of the courts at Bedford Modern and Whitgift. 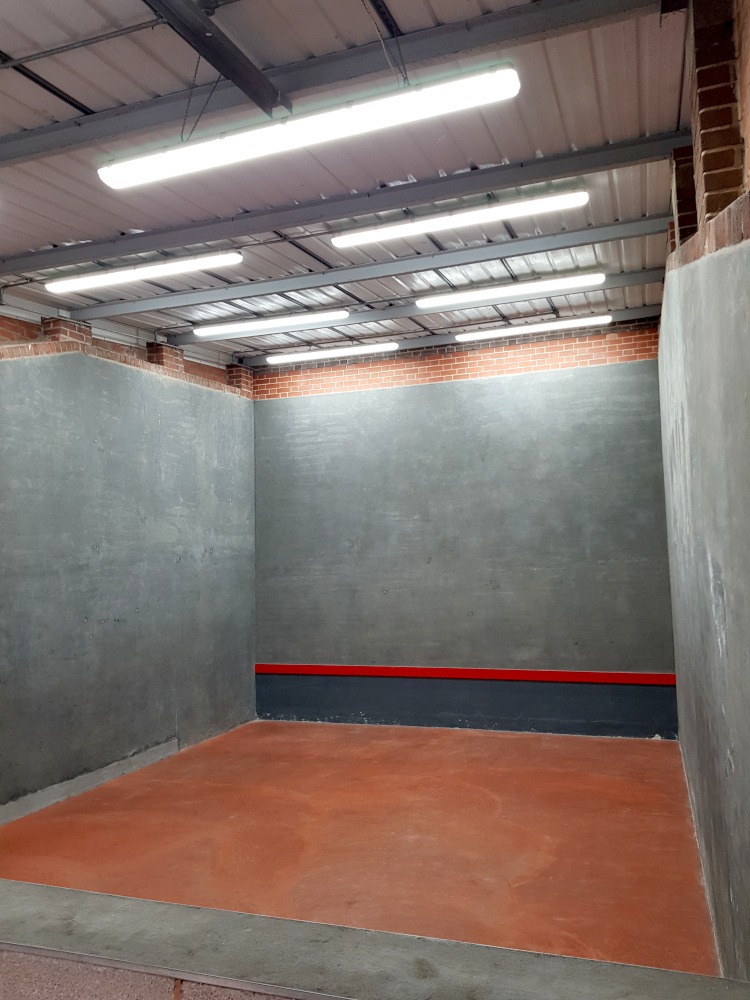 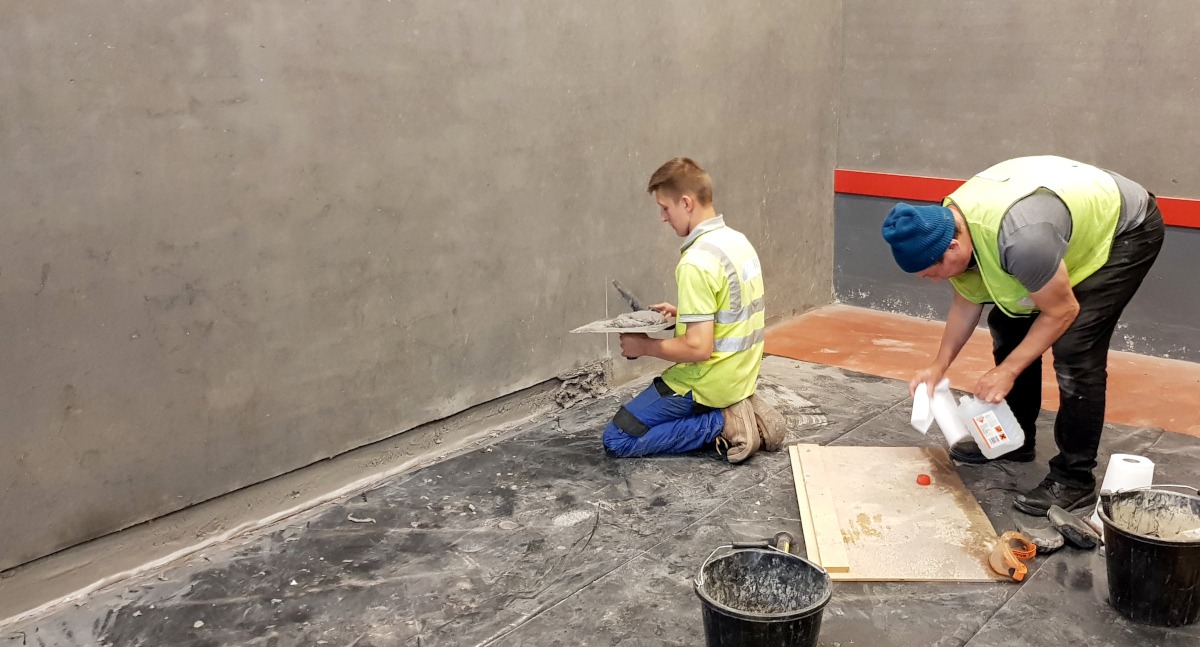 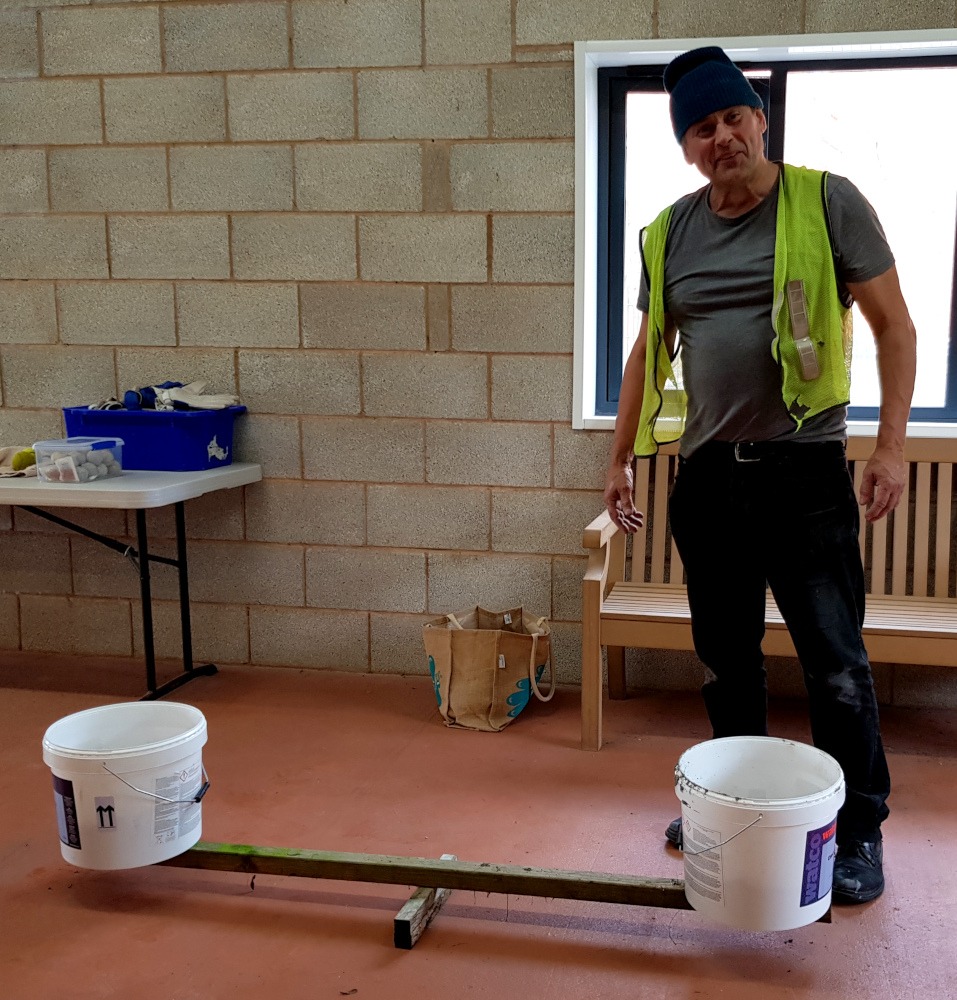