STOP PRESS 13 pairs contested the annual Derby Moor Invitation Doubles, with Raheem successfully defending the title he won last year with Joe Sumner. This year he was paired with Simon Beattie of the City of Durham Club. In the final they beat Derby Moor’s Richard Christie and another Durham player, Oscar McIntyre. The 1st Plate (and medals) went to Mark Kiteley & Bally Singh and the 2nd Plate (and boules) to Chris Davey & Dean Ali.

On a changeable day 26 players plus supporters gathered at the DMFC courts. Thankfully the enclosed courts (carefully ventilated) meant that the heavy rain showers had no effect on play or detracted from the very clear enjoyment the spectators were having watching some very close games.

The format of the draw was the usual match of pairs of players of different capabilities, making for even games.

The first two round were planned to allow lesser players to gain experience of playing against more capable players, with the losers migrating to a round robin style plate competition of one game to 11, the pair having most points winning the newly introduced bronze medal. Ed and Imogen from DMFC and Durham respectively, Kristiaan and Ethan, two new youth players from DMFC gaining tournament practice in readiness for the upcoming Schools Championships, Callum and Burt, again two youth players hoping to do well in the Schools, Dan and Chase, two young players from Stamford and Durham repectively and the wild card pair oif Bally from DMFC and the vastly experienced Mark Kitely formed the plate group.  After four close games Bally and Mark won.

Round 3 was the trigger point for the more capable players to begin to show their wares. Raheem from DMFC and Simon from Durham (top seeds) played Alex and Stuart. Camille, the very capable hard-hitting young woman from Durham, and partner Lewis played Matt and Anthony. Chris and Dean played Oscar from Durham and Richard. Rob Whitehorn and Poppy from Durham played Brian and Vish.

Losers of round 3 migrated to the newly introduced second plate and after some very close games, some lasting over an hour, Alex and Stuart, Camile and Lewis, Chris and Dean, and Brian and Vish made up the round robin second plate competition which Chris and Dean eventually won.

In the main tournament semi-final Raheem and Simon beat Matt and Anthony while Richard and Oscar beat Rob and Poppy, thus setting up the final. With Richard tiring, the final was not as close fought as expected: Raheem and Simon won easily, 11-0, 11-9, casting down the gauntlet for the Schools Championships later in the month. 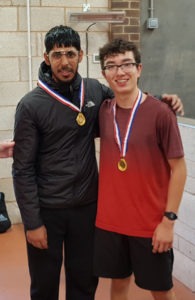 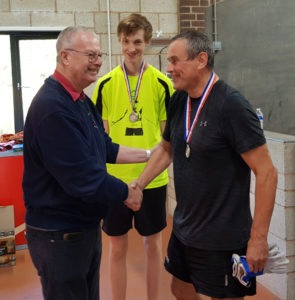 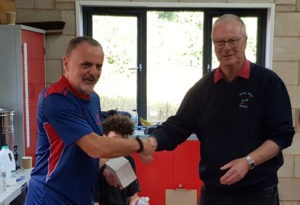 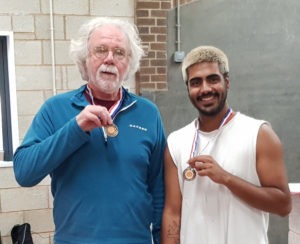 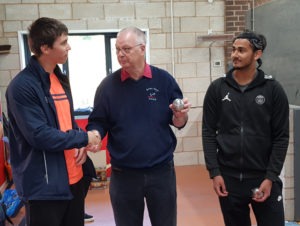 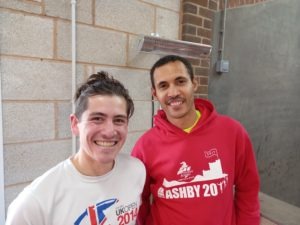 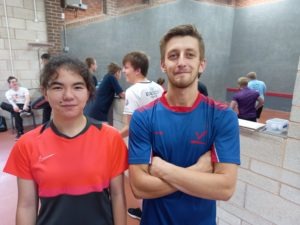 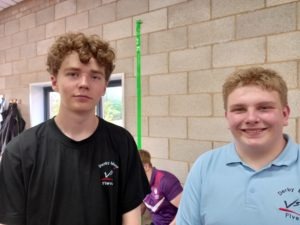 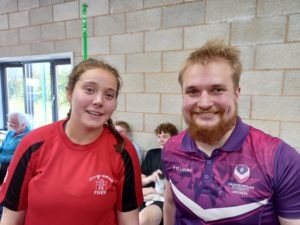 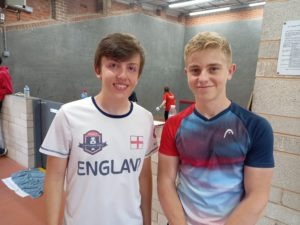 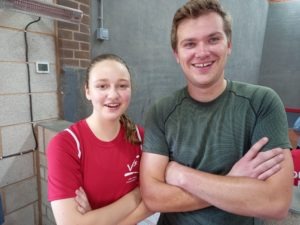