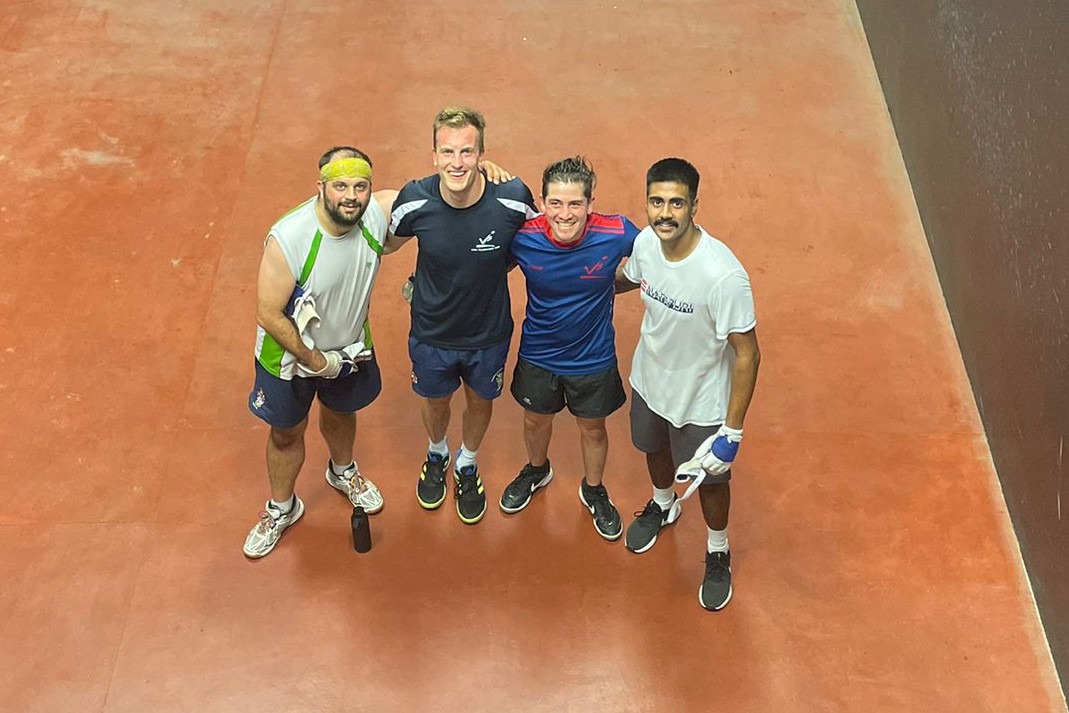 It was a first team trophy for the Derby Moor Fives Club, founded in 2003 when the old Derby Mercia Club ceased to play on the courts at Denstone College and undertook refurbishment of two courts at the Derby Moor Community College in order to set up a new club.

Organisers Alex Smith and Ben Hale report: For the first time, the RFA’s annual alumni team competition, the Owers Trophy, has been won by the team of former pupils from Derby Moor Academy.

The Derby men defeated the alumni of Winchester College, the Old Wykehamists, in a nail-biting and hard fought final, with the pairs neck-and-neck and victory going down to the final game. The first games of the final were very close, with two games won by each side and the Winchester team had a 3 point advantage before the final game. So the last Derby Moor pair went into their game with a lot to do, but managed to hold on and clinch a convincing final game 15-5, so that Derby Moor won by 7 points overall, 48-41.

The plate was an all-Alleyns affair, with the two teams from Edward Alleyn Fives Club playing each other, and the EAFC first pair coming our narrowly on top. 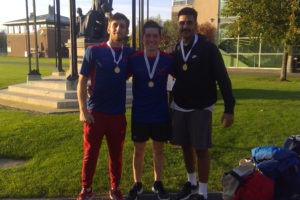 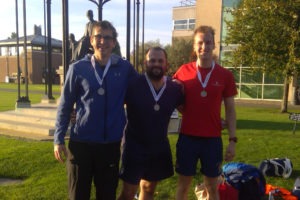 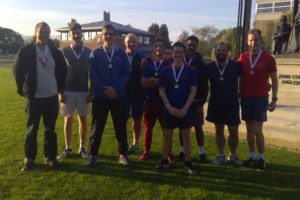 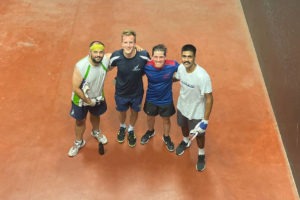