STOP PRESS: It was 4th time in a row for Matt Cavanagh in the Singles; 3rd time of winning the Doubles for John Minta (twice previously with Andy Pringle); and first time for Dave Fox as he paired up with John. Tim Widdop did the double in the Plate, winning the Doubles Plate with Harvey Bishop. No luck for Jeremy Stubbs & Fabrice Pierson who came over from France, nor for the Derby Moor pair of Richard Christie & Stuart Kirby, and disappointment for Hamish Buchanan & Andy Pringle, hoping to successfully defend their Doubles title. Vintage Doubles champion Morgan Spillane continued to impress, winning the third place play-off with Tim Hebblethwaite; Jim Hughes & Alex Rew flew the flag for the South-west; and host Tom Kiggell starred with Dave Fox in one of the longest Singles matches ever seen!

Organiser John Hawke reports: The 2019 Veterans’ tournament suffered from a low Singles entry, which allowed the start time to be later than usual. This had the wonderful side effect, for the northern contingent at least, of being able to meet up at 7:30 on Saturday morning, as opposed to the more usual 6:00am start.

Once the elite of the Veterans Fives world — and the organiser — had managed to penetrate the new security arrangements at the College, the quality of the field could be assessed. It proved to be magnificent. Two players, complete with female associates, had even made the trip from France, allowing Fabrice his first sight of a real Fives court; his previous play was on a squash court.

Usually the cup competition gets off to a fast start with the first round matches completed well within the twenty minutes that keep the organiser sane. Tom Kiggell and Dave Fox had other ideas, though, playing a hard fought, three game match, which seemingly only approached the end after Tom damaged his ankle. He ploughed on gamely after the injury, but the advantage was clearly with the Fox, limiting the total time for the match to a mere two hours. Unfortunately the ankle damage was so severe that it kept Tom out of the remainder of the tournament; the Doubles were poorer for his absence.

As the afternoon progressed seeds one and two, also known as Matt Cavanagh and John Minta, moved effortlessly towards their meeting in the final. John defeated Fabrice Pierson, the French Fives court newcomer, and then Hamish Buchanan, while Matt disposed of newcomer Tim Widdop and the fatigued Dave Fox. Matt then gave another of his customary master classes as he vanquished John 15-11, 15-5. In the plate Tim Widdop swept away all the opposition with embarrassing ease.

The exertions of the day were, for all the Singles players except the winner, soothed away by an excellent evening in Pino’s, a superb Italian Restaurant which has become the Saturday night home of the Vets at Marlborough. The evening, efficiently arranged as usual by Tom Hillman and attended by a number of players’ wives, partners and Marlborough club players, fuelled us all for the Doubles on Sunday; it also contributed to many hangovers.

Sunday commenced with some frantic re-jigging by the organiser, as the absence of Tom Kiggell from the draw had upset the seedings, and another injury had sidelined Leslie Jenkinson. Tom Hillman was press-ganged in to replace Leslie, Bob Sandie was released from his partnership with the organiser to partner Tom’s intended, Keith Kennerley, and the Derby pairing of Christie & Kirby were elevated to 4th seed. The remaining 11 pairs faced up to an exhilarating day of exhausting Fives.

The cup competition proceeded smoothly up to the semi-finals, except for the small hiccough in the adjusted seedings when Christie & Kirby were knocked out by Hebblethwaite & Spillane in the quarter-finals.

With both semi-finals being three games, the prospects for an epic final were high. However, the fewer points played in the last semi-final game by defending champions Buchanan & Pringle did not leave them with the additional energy needed to get past the clinical Mr Minta and the magnificent Mr Fox, who won 15-11, 15-10.

More pairs than usual were introduced by the Veterans’ dating service this year due to injuries befalling regular partners. One of these blind dates, local lad Harvey Bishop and newcomer Tim Widdop, sailed through the plate, defeating Kirby & Christie in the final to make Tim a double plate winner.

To ensure that the lesser players went home happy (or knackered) a second plate was also played. Some eligible pairs had elected not to put themselves through this additional torture, and Tom Hillman generously stood aside to let the organiser have a few games. Two bottles of beer were procured to give the players in this round-robin more incentive. It worked for Keith Kennerley & Bob Sandie, who fought their way to the top of the pile.

2019 was, again, an enjoyable Veterans’ tournament. All the competitors must be congratulated on creating such a wonderful weekend, as must Marlborough College and their employees who generously agree to accommodate us. The lack of newly qualified players is a bit worrying; Matt Cavanagh could do with some younger competition. Those who qualify but do not enter should understand that they will enjoy a fantastic social event in a beautiful setting, with some competitive Fives thrown in, whatever their ability. We need to see that expandable table in Pino’ s, as well as the Fives Courts, full to bursting in future. 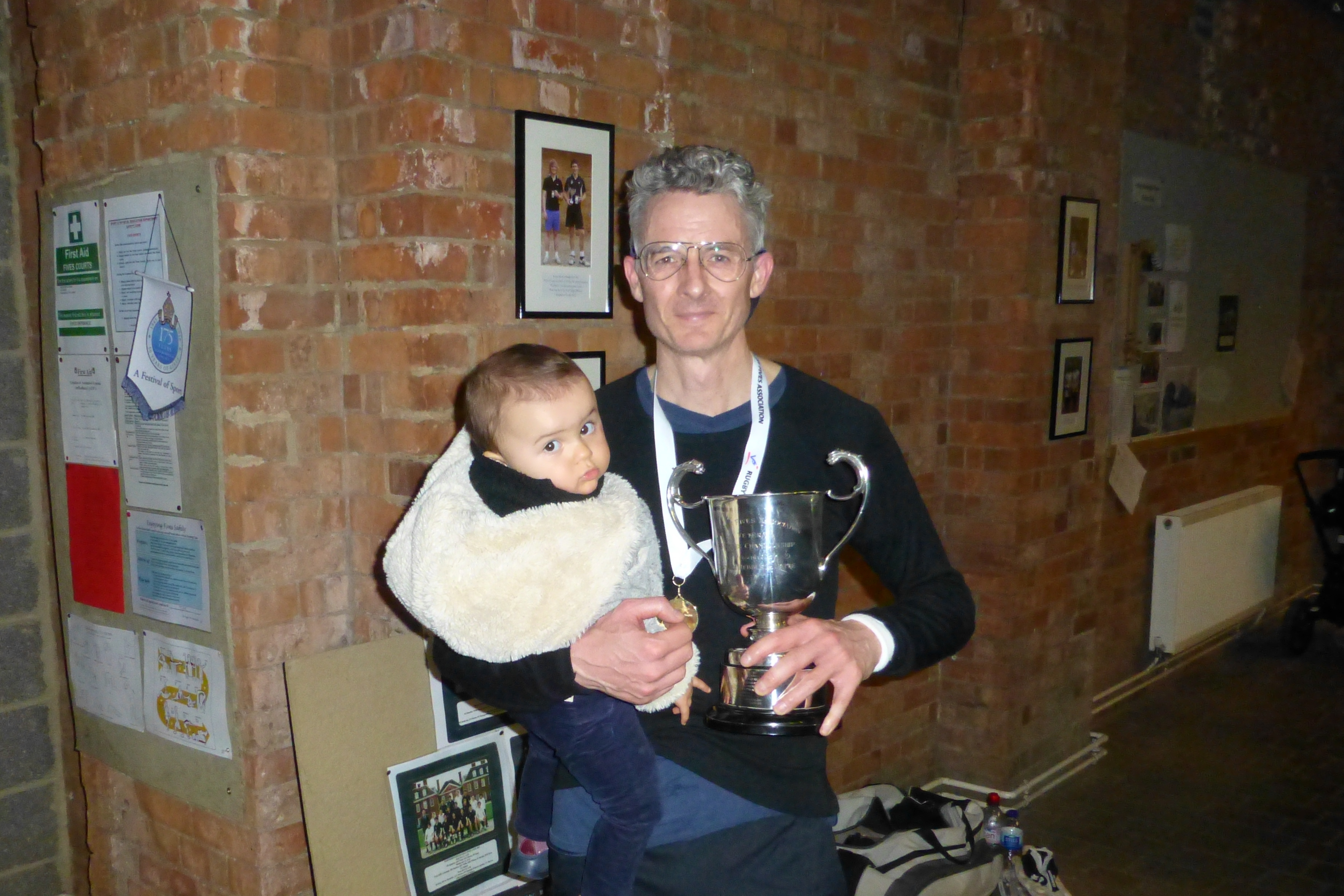 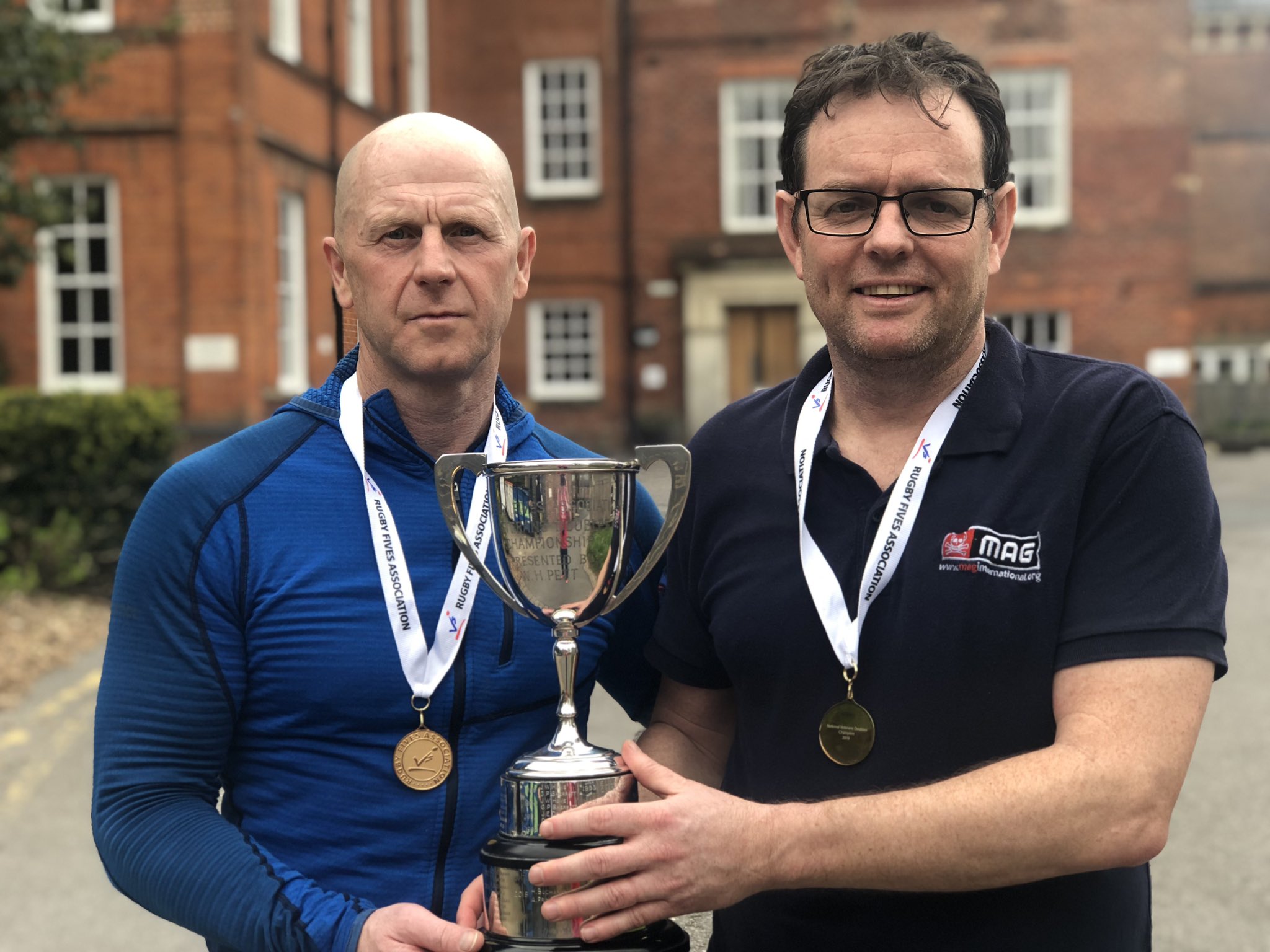 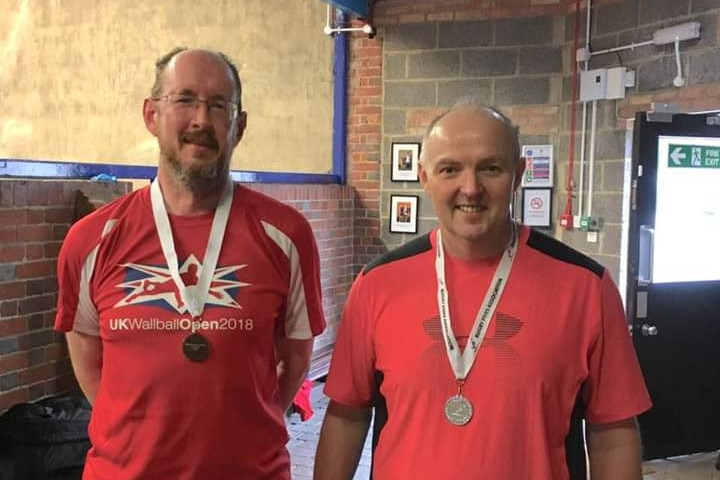 We’ll be back next year! 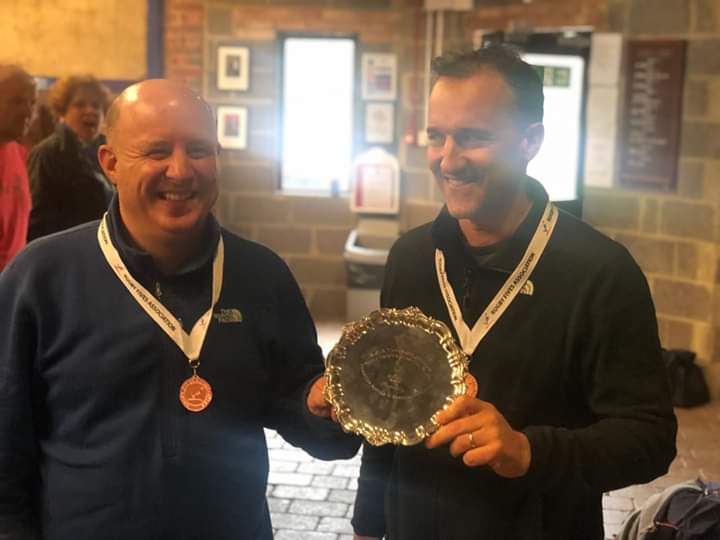 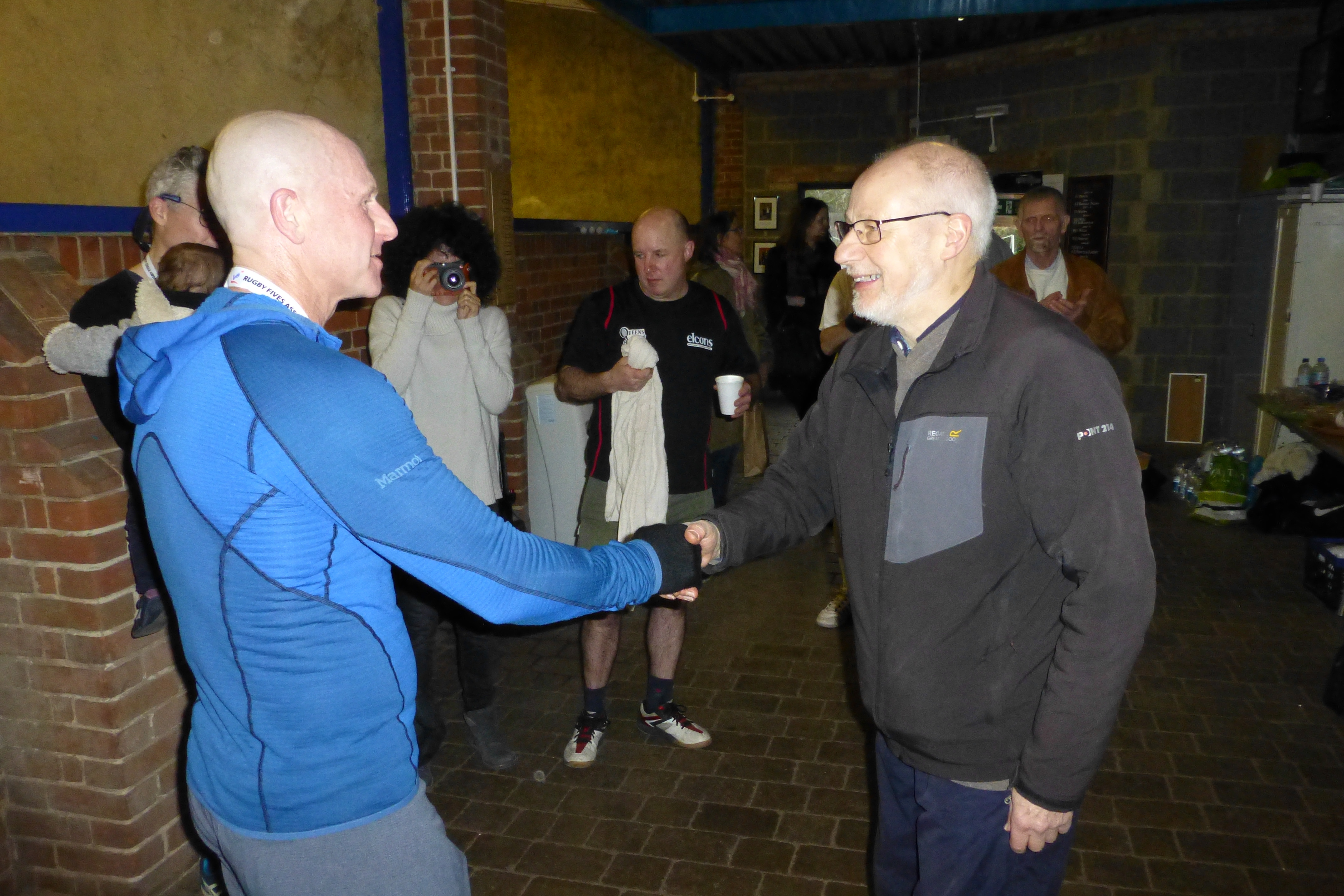 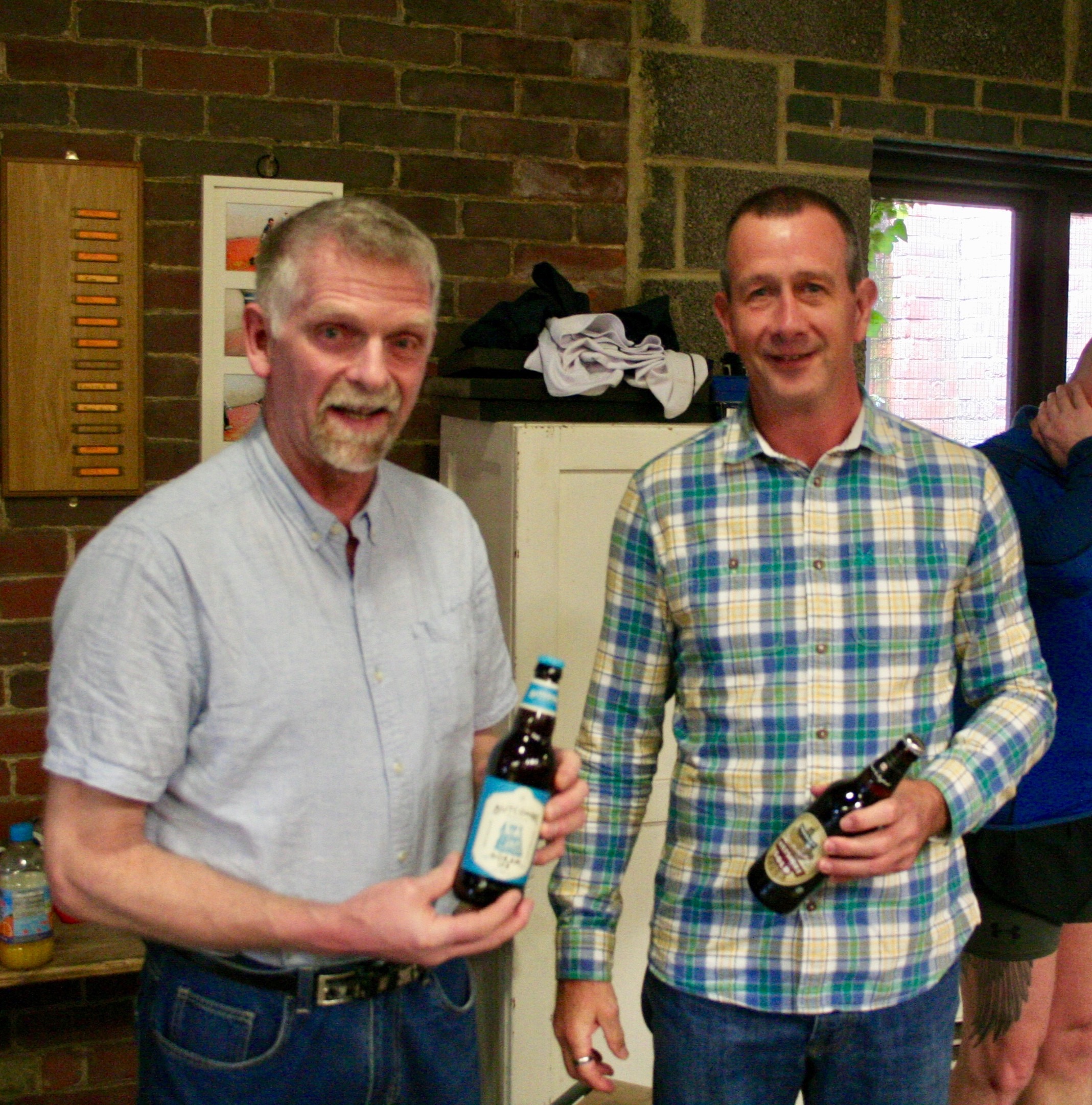 They only came for the beer? 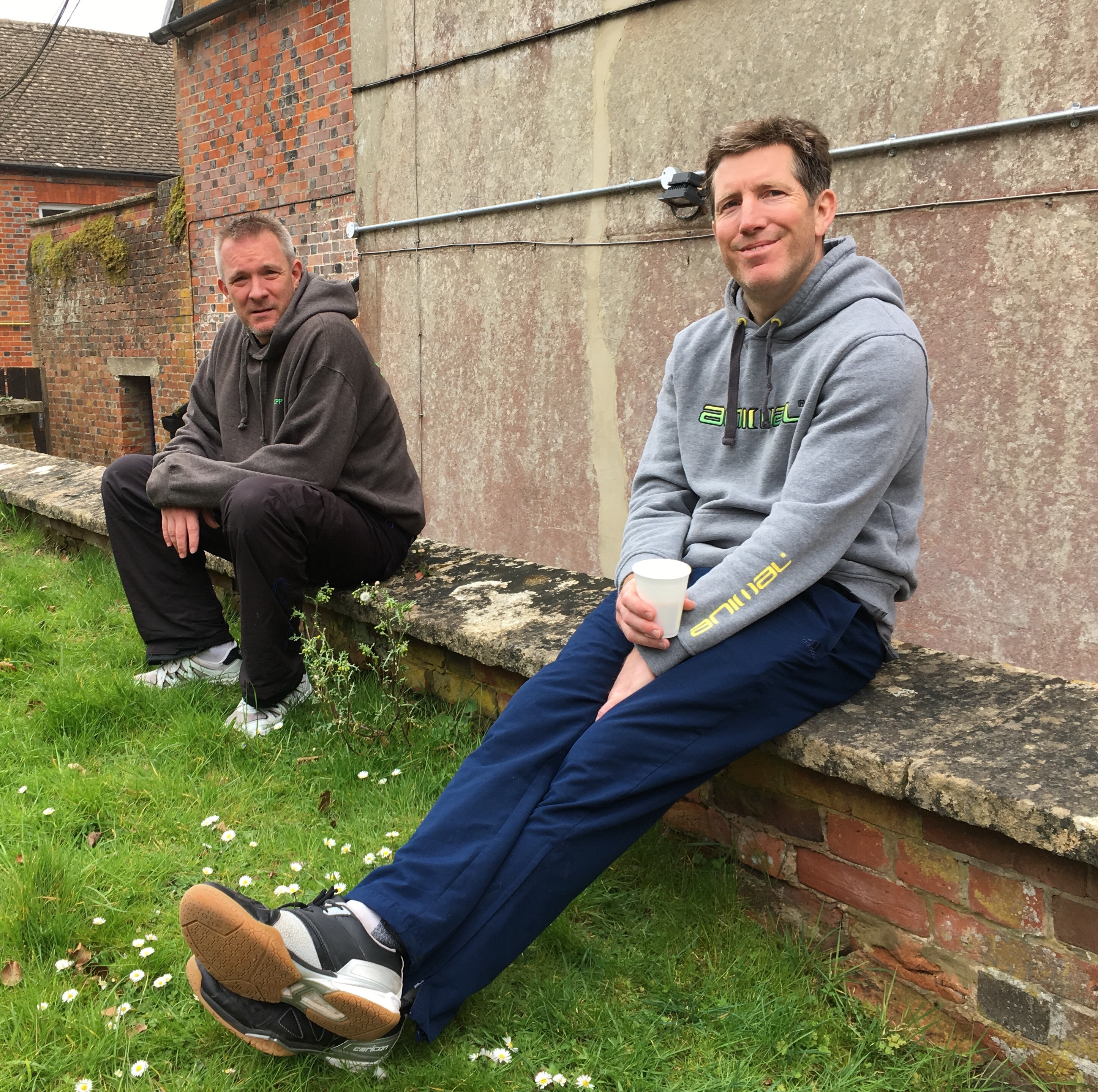 Always nice to get outside 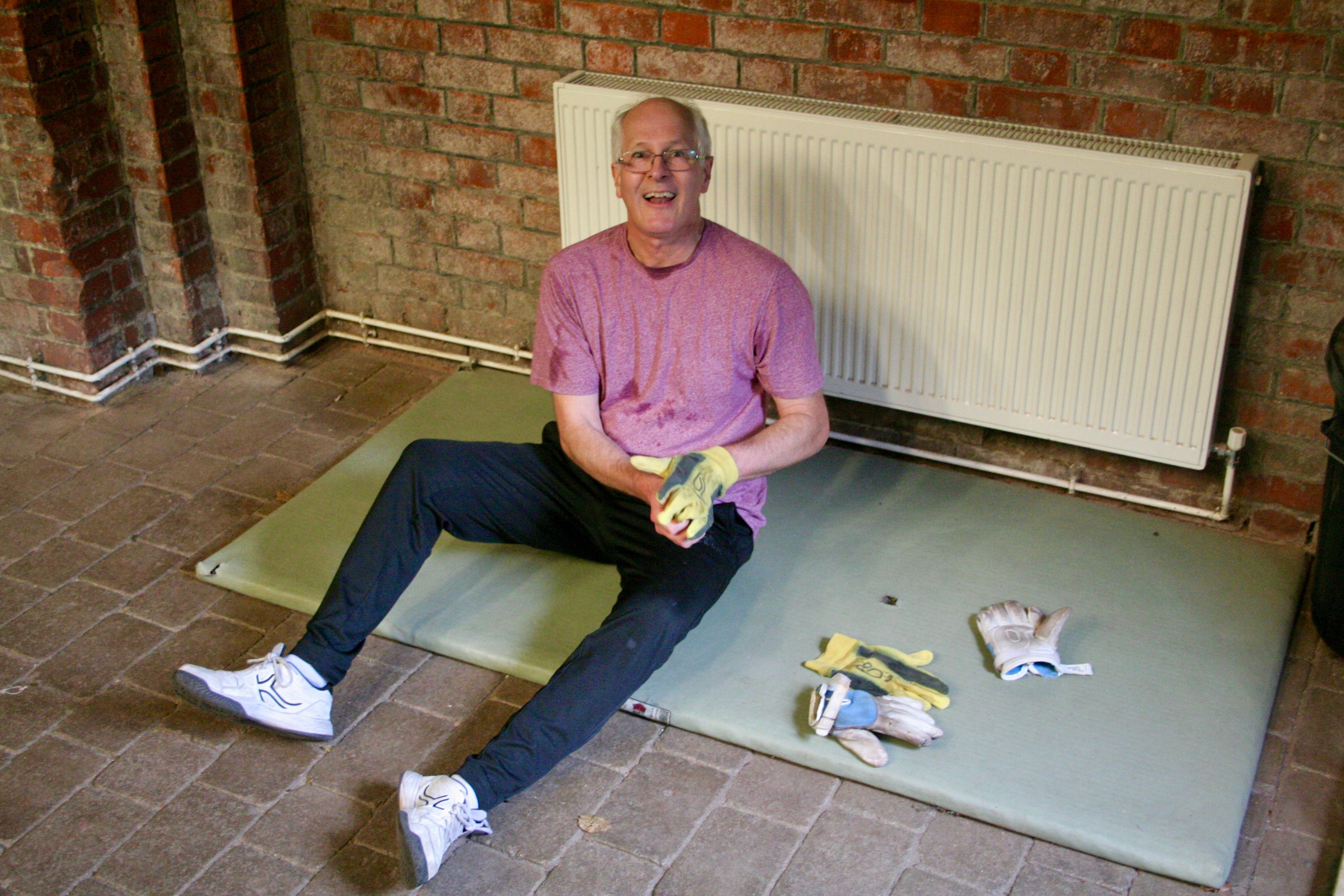