Organiser Brian Kirk reports: On Sunday 24th June, Derby Moor Fives Club ran its summer invitation tournament. 24 players entered, with long-standing supporters of the event coming from White Rose in Halifax, plus other individuals from around the country. This year saw a strong entry from newcomers, the City of Durham Fives Club, who brought along both adult and junior players of both sexes.

The draw contained a mix of experienced and new players playing the best-of-three games to 11 points with first and second round losers migrating to two Plate pools. With a mix of abilities some of the early games proved a little one-sided, but both the semi-final and final proved competitive, with long hard games in a  best-of-three-to-15 format. It took a three-setter for Anthony Goodwin & stalwart Bob Sandie to beat the nicely balanced combination of Nick Geere & Lewis Keates. The initial game was won by the latter pair, setting the scene for what many thought would be a short final. However, with Goodwin “stepping up” and Sandie playing his usual consistent defensive game, keeping the ball in play, victory was assured in the second game,  thus setting the scene for a tense final contest, winner taking all. Initially the game ebbed and flowed, favouring one then the other pair. However, as fatigue set in, mistakes were made by Geere & Keates, allowing Goodwin & Sandie to move into a lead which they quickly  consolidated into a win.

It was Anthony’s 4th victory in this annual contest and Bob’s 3rd. They previously won it together in 2013.

The Plate was a round-robin funfest in which junior players were given the opportunity to challenge more experienced players and pairs. Hamish Buchanan, partnering up-and-coming junior player A.R., won through in pool 1 while Neil Roberts and the slightly more experienced left-hander Vishal headed pool 2. The final ebbed and flowed but Hamish & A.R. finally won the contest for the silver boules. 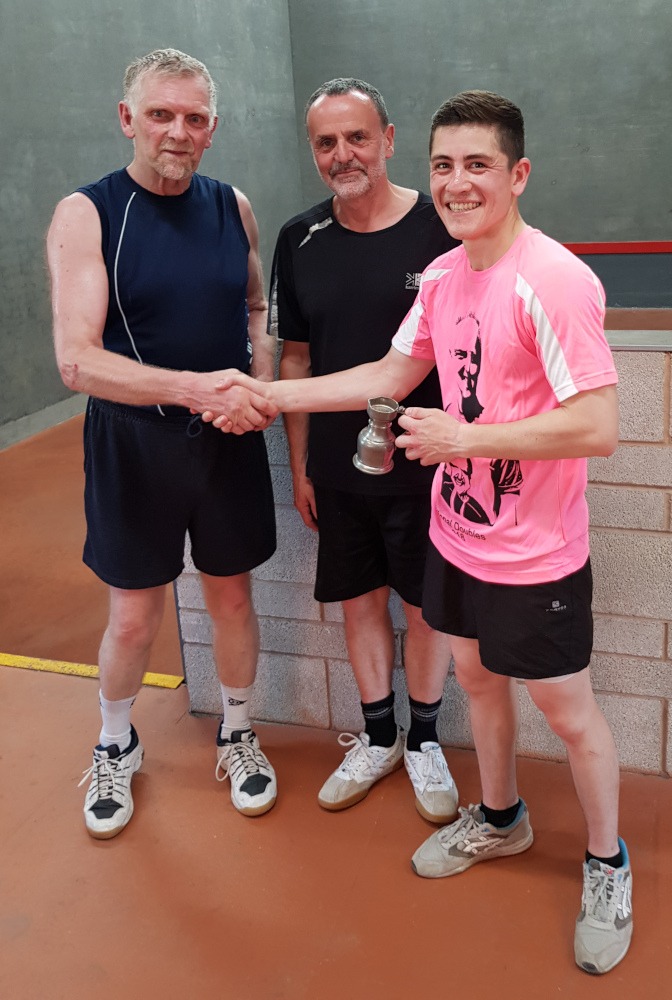 Winners for the second time! 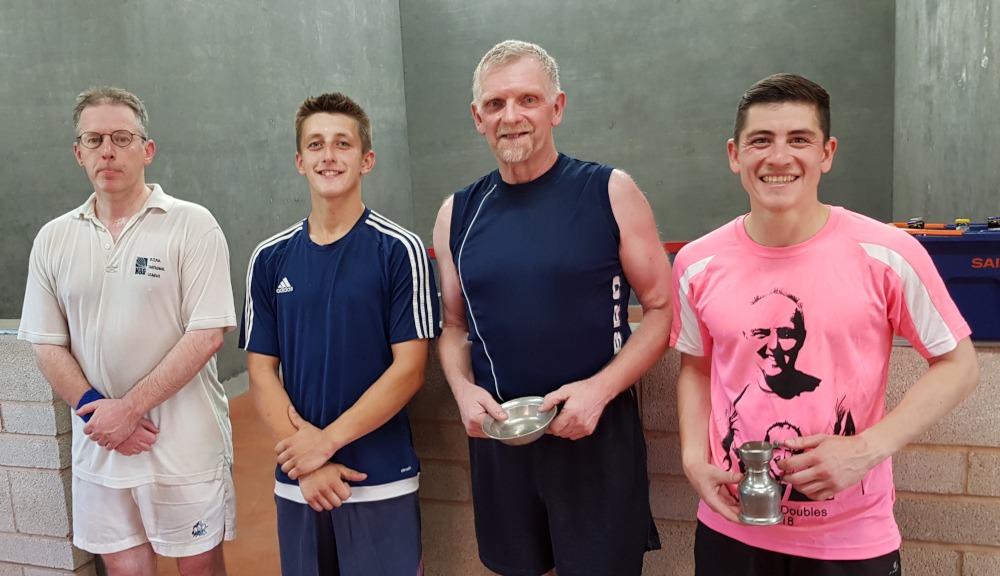 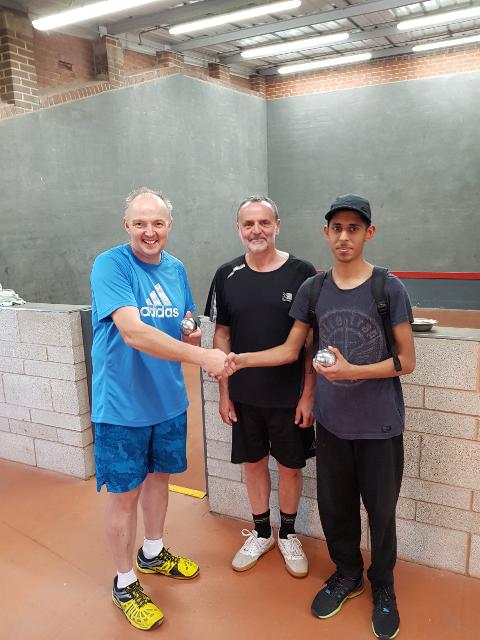 Plate winners with the Plates aka Boules 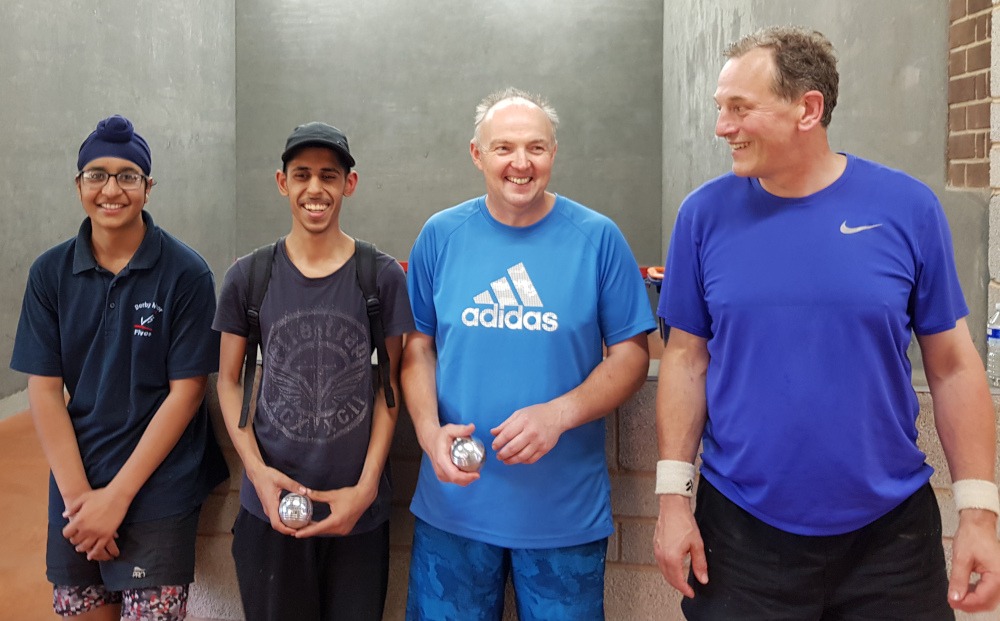 The Plate finalists — all smiles 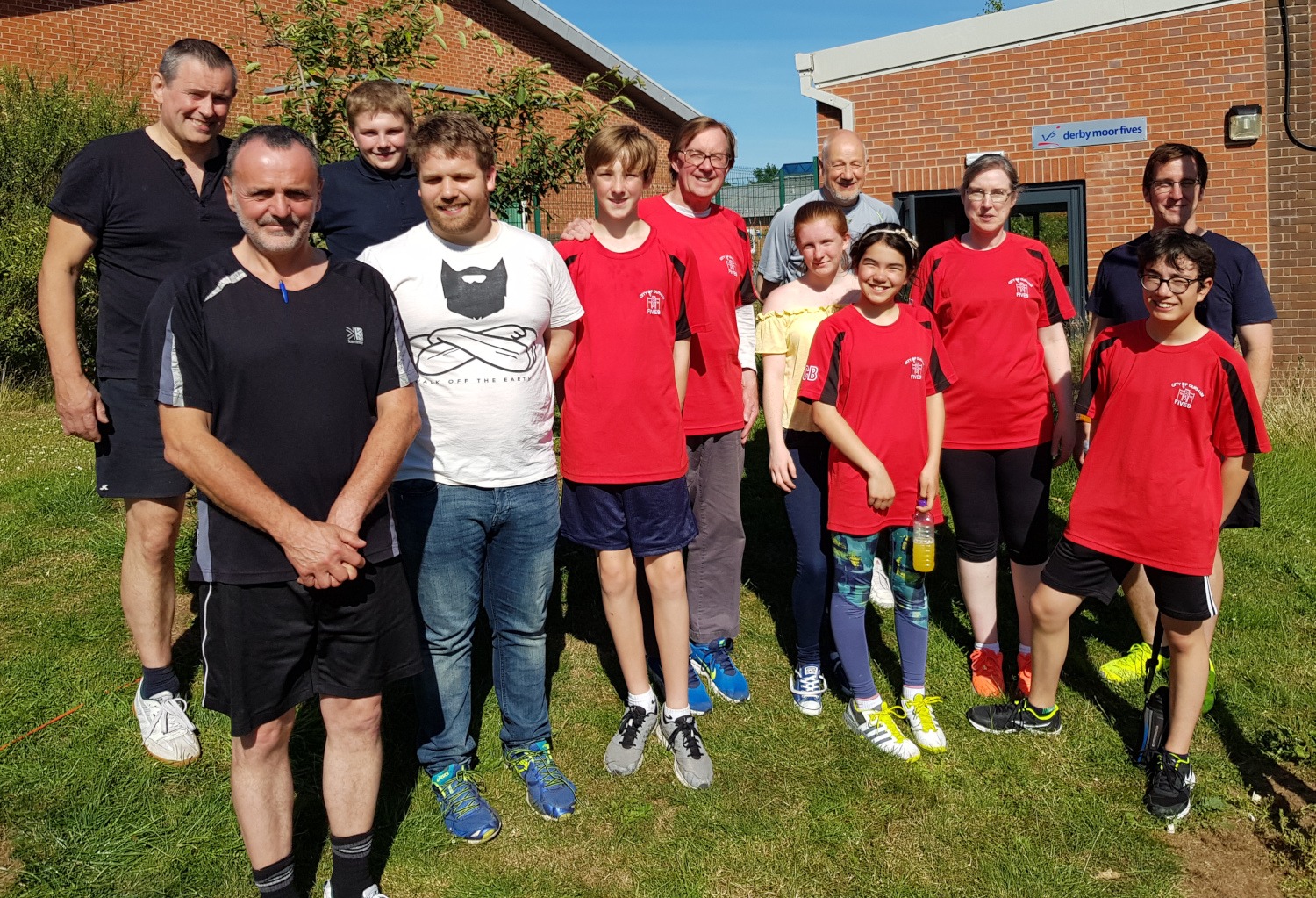