The first handicap singles event of the year took place on 24th January with eight players (nice and simple for the organiser, who needed simple that day!), writes organiser Kevin Henry. The draw included YMCA staff member Greg Walker together with couple of regular new players and Paul, a new member who hadn’t played for nine years, together with YMCA stalwarts Billy and John Yeoman, Gin Diazcuk, and the organiser.

The tournament started with a single game of American scoring to 21 to keep the momentum going. Most matches ended up very close, with four going to 22-21 despite the complaints about the handicaps given by the organiser. The winner was Paul, with Billy Yeoman holding the leaderboard up as befits a strong wrestler.

The American tournament provided the seedings for a subsequent President’s Cup-style tournament played to 11, Rugby Fives scoring. Again some very close matches were had, with Greg seeing off Paul in the semi’s and the organiser proving too experienced for John Yeoman.

In the final, Greg did everything he could and played some great rallies. Already with a good left hand and natural speed around the court, he won several rallies, but was just not able to get the two consecutive points to win, and the old organiser proved that there is still life in Fives-over-50.

The next tournament is the YMCA Fives Club American Doubles Trophy Tournament which will now be on Saturday 28th February rather than existing scheduled date. Dust down those gloves, because there’s a Trophy to be had! 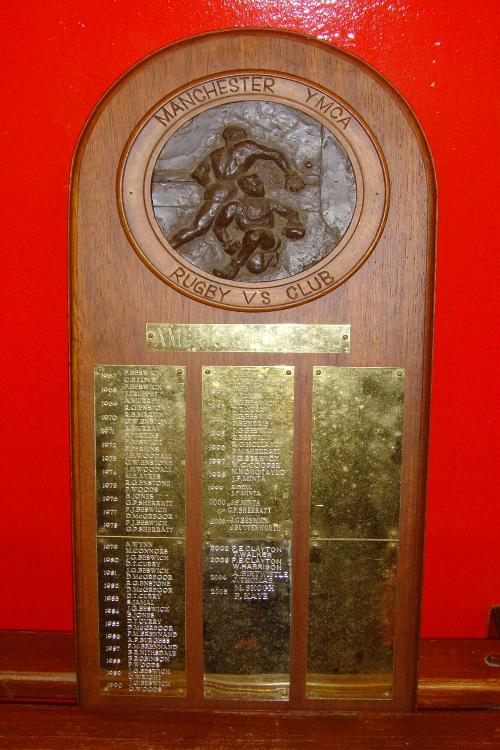