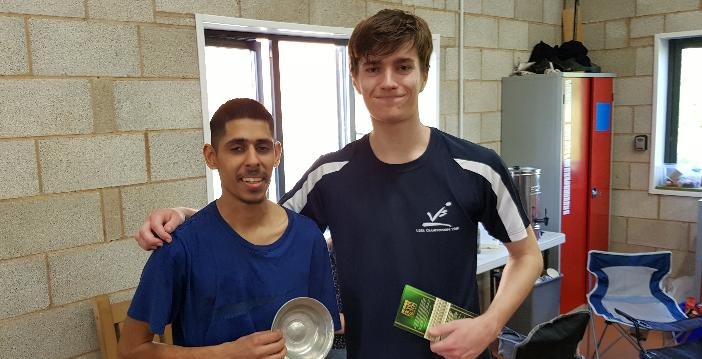 Organiser Brian Kirk reports: Derby Moor Fives Club ran its annual Doubles tournament on Sunday, June 30th at the Derby Moor Academy Fives Courts in Littleover, Derby. Thankfully it was a much cooler day than the Saturday. As ever entrants were paired so as to create a balanced draw, making for good long games of Fives.

Twelve pairs competed for the winners’ trophy, with first and second round losers entering a Plate competition made up of two pools of four pairs, with winners of each pool based on total points playing in a final. The first round of the main tournament gave younger players the opportunity to play against some very experienced pairings and, as ever, the more experienced players adjusted their games to make sure the youngsters where not overwhelmed. Winners of the first round then progressed to the quarter-finals where there were some very strong balanced pairings. The highlight of this round and indeed the tournament was an exhausting battle of Aaron Wheatley & Tom Wakelam against Lewis Keates & Simon Beattie, with the latter pair winning through in a contest lasting nearly 1.5 hours and going to three close games (16-14, 10-15, 15-12). This was followed by an equally exhausting battle of Raheem & Joe Sumner against Anthony Goodwin & Oscar McIntyre, which again lasted almost 1.5 hours and went to three even closer games (16-15, 10-15, 15-12). Chris Davey & Dan Sorensen had beaten Stuart Kirby & Camille Beattie in a close three-set quarter-final, but then succumbed to Raheem & Joe in two in the semi. Meanwhile hard-hitting Max Frost and “new boy “ (to Rugby Fives) Nick Baron first beat Richard Christie & julie McIntyre in two games, and then in the semi-final a most probably tired Lewis and Simon also in two games. So we were in for a mouth-watering final of Raheem & Joe against Max & Nick.

The initial game was a tense, nervous affair, with Max hitting the leather off the ball but Raheem & Joe managing very well to keep the ball in play, ultimately winning 12-11. The second game was not as close, with Raheem & Joe playing more on the inexperienced Nick, who has been playing at Derby Moor for just a few weeks. Raheem and Joe took that second game 11-6 and duly bagged the trophy.

The Plate was the usual jolly affair, with a mix of junior and senior pairings playing fives for the fun of it. The final of Aaron & Tom versus Anthony & Oscar was, as expected, a titanic battle between two pairs who could have easily competed in the main tournament final. In two very close games Aaron & Tom managed to sneak through 12-10, 12-10.

As ever the tournament was supported by the City of Durham club, visitors from Halifax and Bedford and other local players, and everyone went home satisfied that they had had a good day’s Fives. 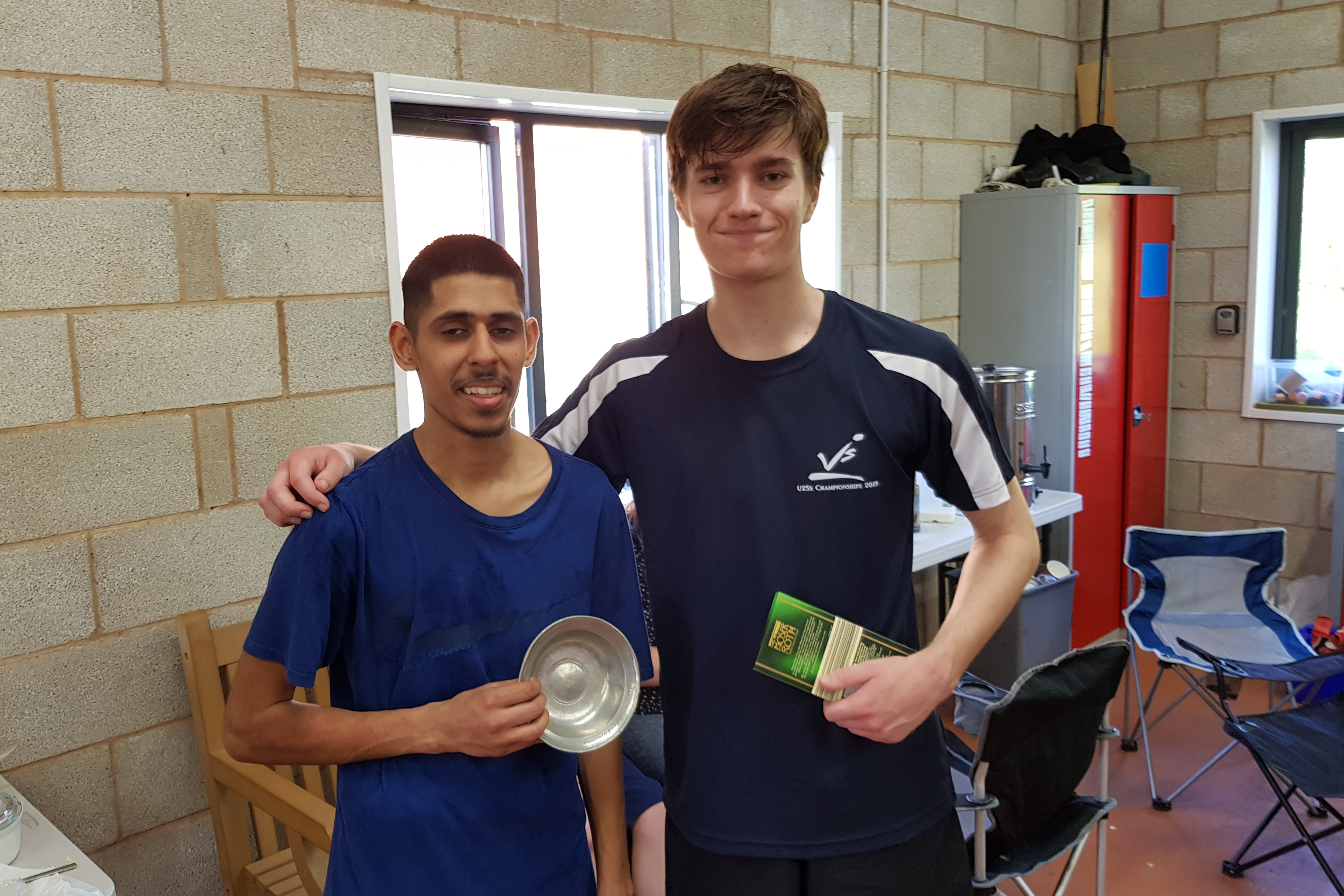 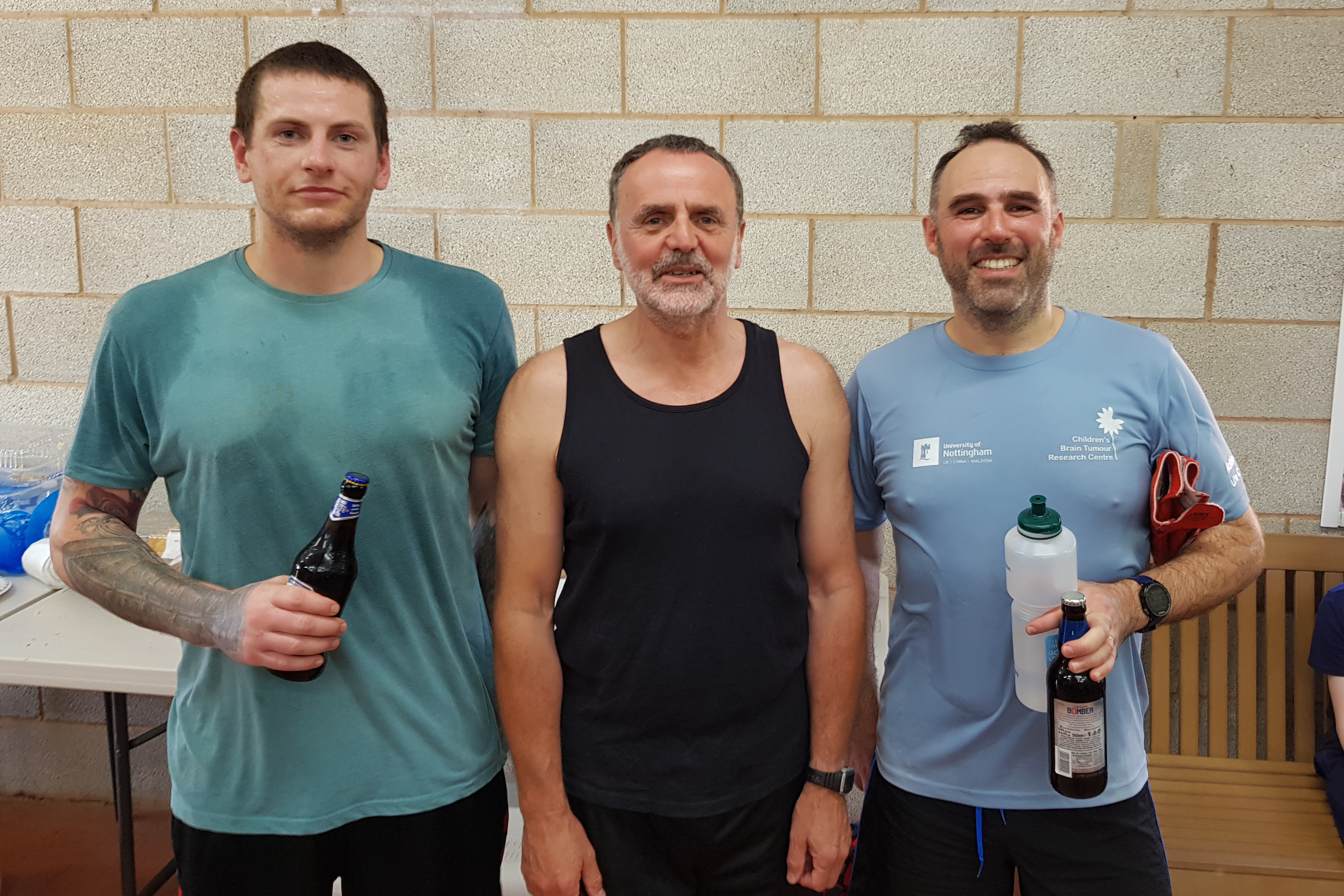 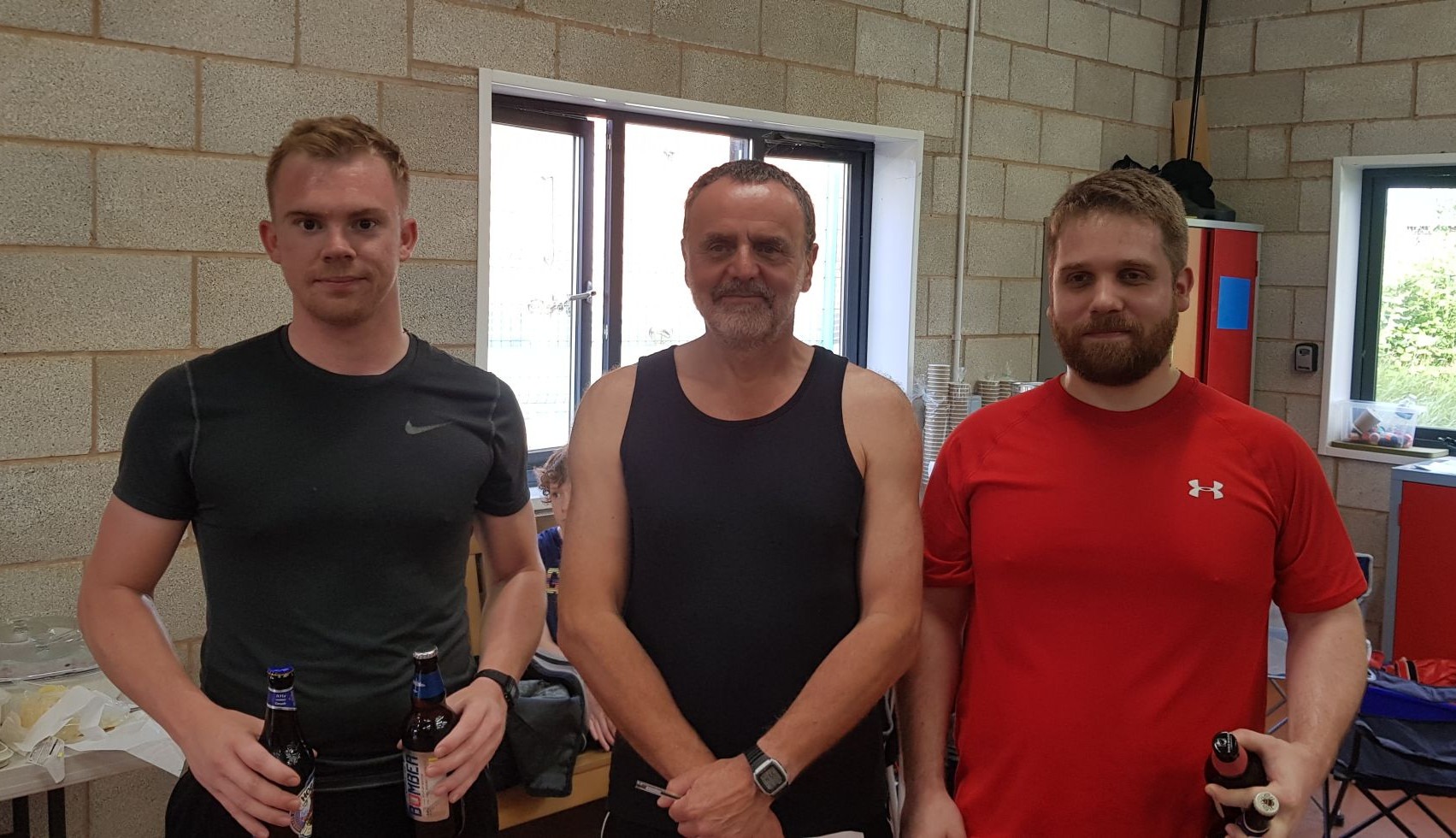 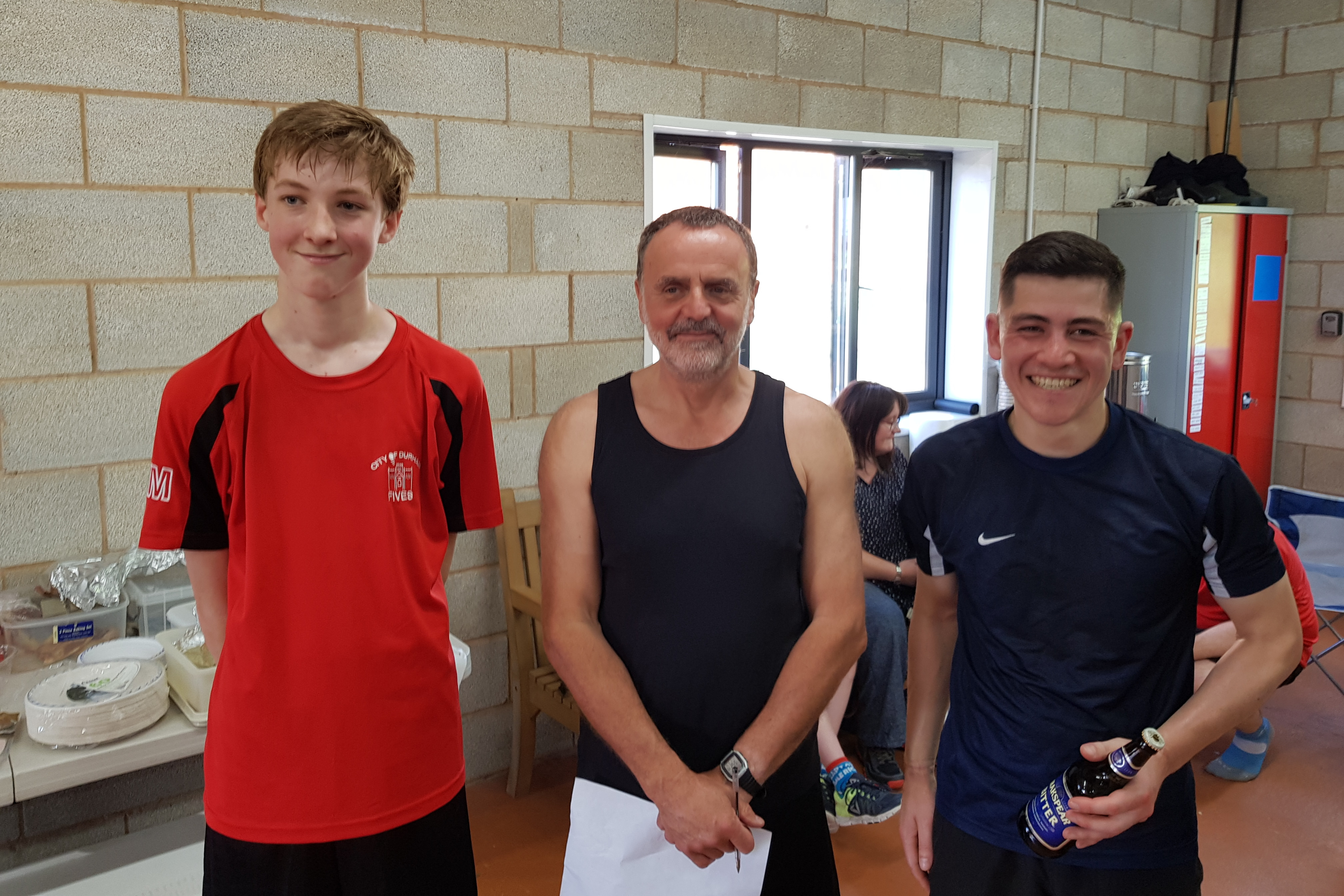