STOP PRESS
From a field of record-breaking size, it was Kathleen Briedenhann who ended up the day with both the Ladies National Singles and Doubles titles to her name. After teaming up with former National Schoolgirl champion Tessa Mills to win the doubles title in a hard-fought final against Alexandra Steel & Maddy Raynor, Kathleen then beat Tessa in the singles final.

Bob Dolby reports: Organiser Alex Steel’s decision to move the event to January was fully vindicated by a record turn-out and an impressive quality of play. Sadly, the 2014 Singles champion, Claire Knowles, was unable to defend her title, leaving twice-champion Kathleen Briedenhann as The Lady To Beat.

25 players contested the championships. In addition to regular adult players Maddy Raynor and Alex Steel we were delighted to have all three schoolgirl champions: Tessa Mills (2010-13), Shinan Zhang (2014) and Louise Mathias (2015), plus two post-doctoral students from Cambridge University and two members of the teaching staff at Rugby School. Schoolgirls were represented by two from the Lower Sixth at Christ’s Hospital (CH), six young players from Aldenham School (A) and a group ranging through the years at Rugby (R). Former Doubles champion Melanie Whitehead teamed up with her daughter Jess from Blundell’s (B).

The morning began with Doubles played in a knock-out format, with first- and second-round losers going into a competition for the (French) Plate. There teachers Dani Black & Liz Tilley emerged from one pool to play, and defeat, Cambridge’s Sasha Hajnal-Corob & Cassi Henderson from the other. In the main competition defending champions Briedenhann & Mills beat schoolgirls Beatrix Crinnion & Phoebe Thornhill in one semi-final while second-seeded Raynor & Steel came through comfortably against scratch pair Zhang & Harbottle.

The Doubles final was perhaps the closest yet. Raynor & Steel forced enough mistakes out of Tessa Mills to shade the first game 16-14. Kathleen Briedenhann began to dominate the front of the court in the second game sufficiently to force a third game. There the defending champions managed to keep their noses in front all the way and win the title for the fourth consecutive year.

The Singles competition was conducted in three formats. The main competition was a knock-out; the contest for the (French) Bowl consisted of three pools from which two young Rugby School players emerged to fight it out. The winner was Harriet Fagin but the runner-up Anastasia de Clermont got a bowl too! In the unfinished 4-woman Plate competition Phoebe Thornhill was accorded the non-existent trophy after two victories out of two.

In the main competition Kathleen reached the final via victories over Liz Tilley and Maddy Raynor, while Tessa beat Shinan Zhang and then Louise Mathias. Unfortunately Number Three seed Alex Steel had to scratch. Undoubtedly Tessa was the more tired of the two finalists but Kathleen’s superior court-craft was the deciding factor, not fitness, in a final played in an exemplary spirit. It was Kathleen’s third Singles title, having previously won in 2012 and 2013.

On a sartorial note the RFA’s thanks must go once more to Kathleen for commissioning t-shirts for the occasion, celebrating a season of Ladies Fives. They went down very well! 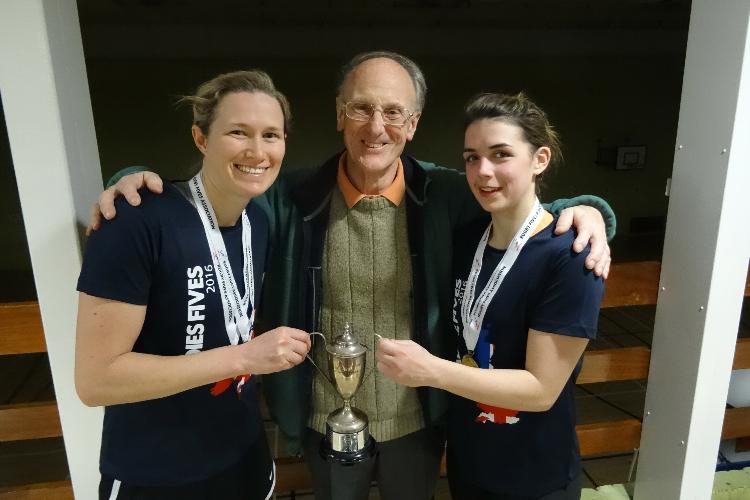 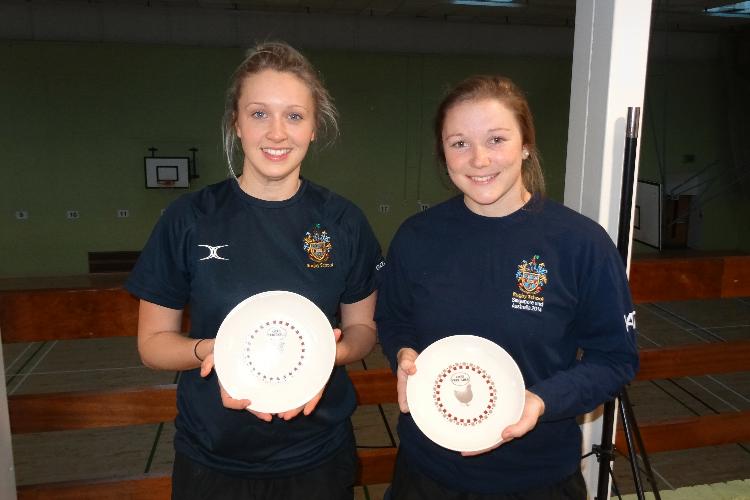 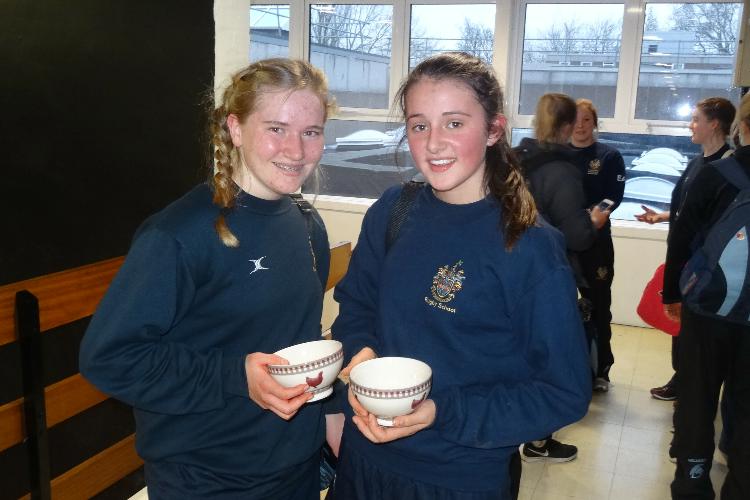 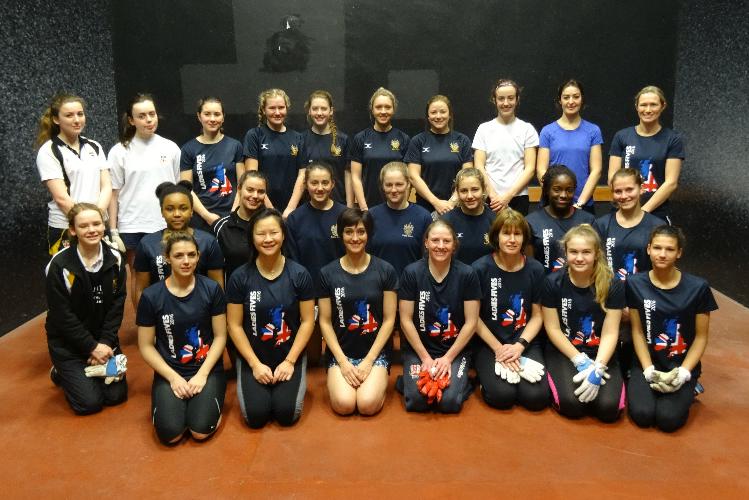