STOP PRESS Given the experience and national rankings of the top Cambridge players it was no surprise that the Light Blues won their sixth Varsity Match in a row against a relatively young Oxford VIII, but the other two matches in this year’s largest ever event were not as predictable. In the end the Cambridge Sparrows, the ‘reserve side’, beat the Oxford Beavers, and in the 2nd Ladies’ Varsity Match the Cambridge girls also came out ahead, but both matches were keenly and closely contested. [see below for scores and a match report from David Barnes]

David Barnes reports: Thirty-two young players came to St. Paul’s this year for the biggest Varsity Match in the history of the event. Some were seasoned competitors, others relative beginners in the arena of Rugby Fives, but the levels of effort put in were impressive across the board, and the atmosphere one of healthy rivalry. Congratulations are due to team captains Francis Thomas of Oxford and James Pinder of Cambridge for getting them all together!

The extremely high standard of this year’s top Cambridge four was always likely to bring victory to the Light Blues in the main event. Messrs Kay, Beltrami, Shaw and Brubert have gathered a fine collection of titles between them in various events, and together in singles and doubles they amassed a darts maximum against Oxford’s hard-won 36 points. One could only feel for the Oxford players who came under such relentless pressure, but they coped with it as best they could.

The third and fourth pair matches were more even, the pick of the pairs being Cambridge 4 (Pinder & Cook) who won all their games. Oxford 3 (Mills & Yates) and 4 (Sale & Owen) both had their moments, winning three games and competing hard in the others. The final margin of victory was wide, but it was a much better match than last year. A matter of interest for next year: the bottom four felt rather left out, as everyone else played a single as well as four doubles. It might be a good idea to include this in next year’s match, provided the captains agree and time is available, as it was this year.

The reserves match was cheerfully noisy at times, but not a bad contest. The outstanding players on the day were Muscat (Oxford) and the Cambridge pair of Tebboth and Bowry. Cambridge won three of the singles and clinched matters with a solid doubles performance, winning five games and getting to deuce in a sixth. Oxford lacked the depth to reverse their singles deficit, but their first pair scored well.

This was the first year to see a Ladies’ four-a-side match in this event, a well-contested encounter resulting in a Cambridge victory. The top singles match between the two captains, won 15-12 by Louisa Hotson (Oxford) against Cassie Henderson (Cambridge) was a terrific battle and attracted the largest gallery of the day. The other singles went Cambridge’s way by quite a large margin, but the Oxford first pair came back to win all four of their doubles games. Unfortunately their second pair was unable to match them, and Cambridge’s greater depth told in the end. A shining new trophy was presented to the Cambridge Ladies for their victory, but not to worry, Oxford – last year’s pair’s win is also recorded on it!

My thanks go to Owen Toller, who stood in faithfully for the unusually absent Peter King (in South Africa with the cricket team, lucky man) and made sure that everything went smoothly in the St. Paul’s Sports Centre. The school has provided its excellent facilities – and many superb players – for the Varsity Match every year since 1983, and Rugby Fives is greatly in its debt. We are also indebted to Pol Roger Champagne for their continued and most generous support of the Match. 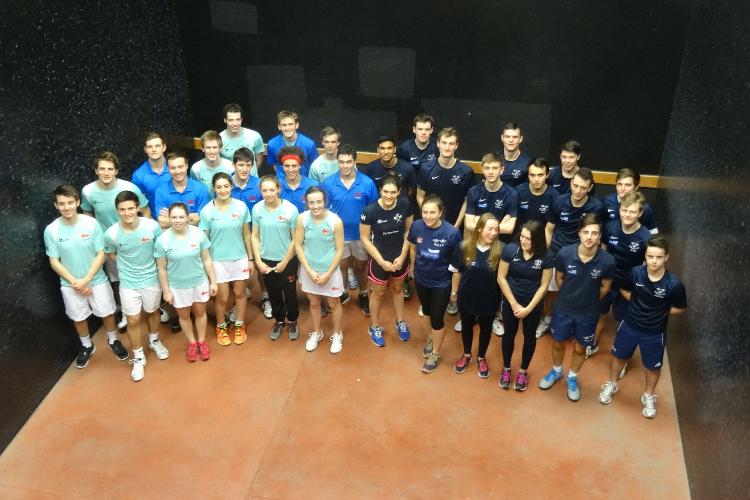 The largest ever Varsity Fives event 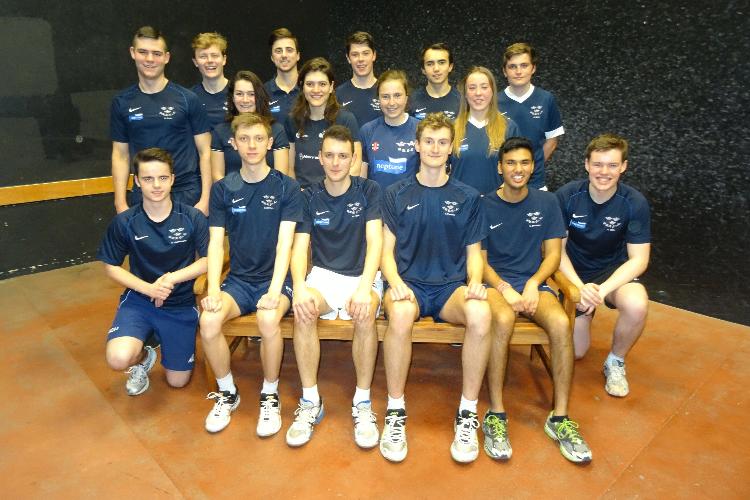 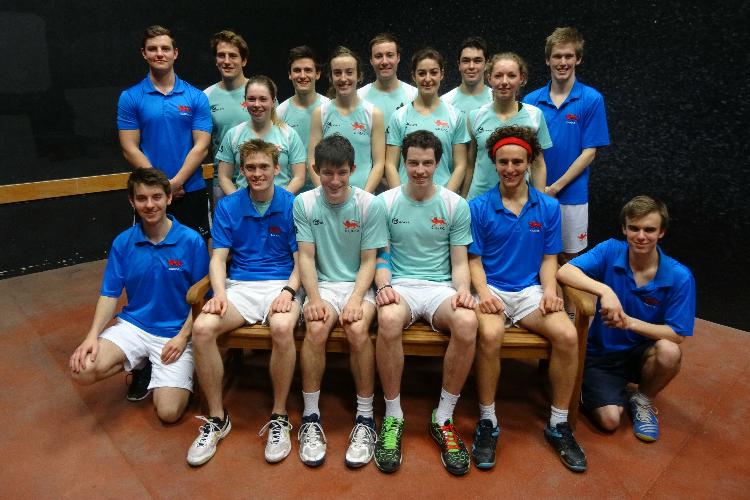 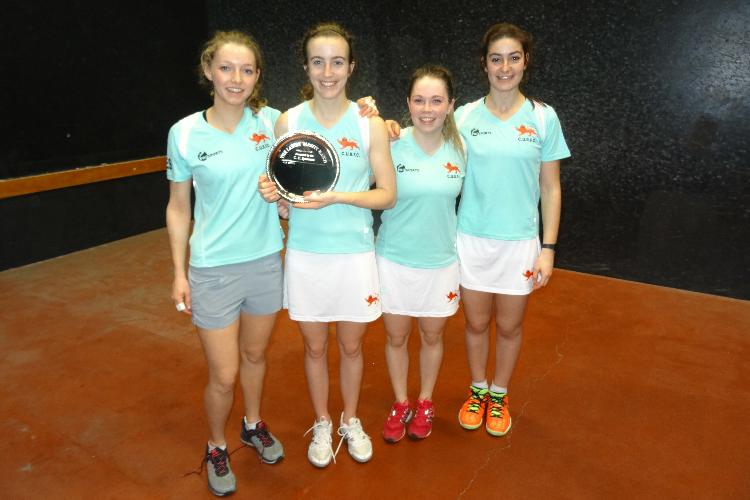 The victorious Cambridge Ladies with the Silver Salver 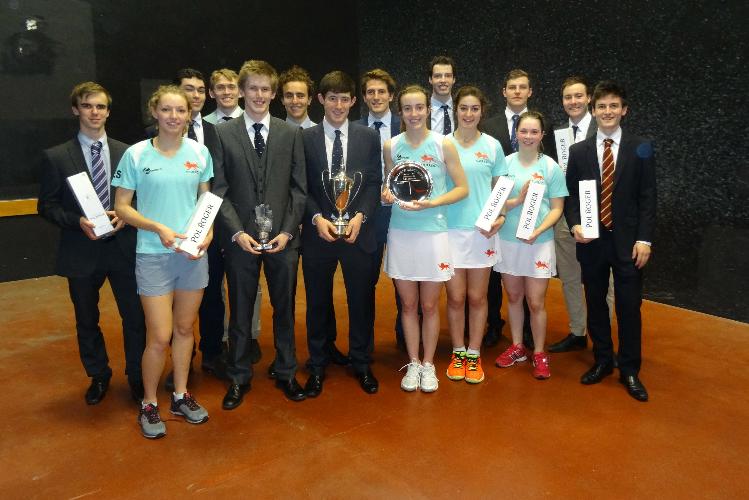