Tom Kiggell writes: If you thought Wallball was a new-fangled innovation, think again – the Fives court at Warminster, at least 150 years old, offers the chance to play a much earlier version of the game. The wall got a tidy-up, the lines on the floor were freshly marked out, the photographer was booked, and so a team from Marlborough College travelled across Wiltshire on a sunny June afternoon for an exhibition match to re-christen the Warminster wall.

It took Marlborough’s Rugby Fives players a while to get their head around the variations. The court is bigger, the bar higher. The idea of standing outside the court in order to retrieve the ball took a bit of getting used to; so too the fact that Warminster Fives is a three-a-side game. Optimising court coverage and minimising confusion between team-mates both therefore took some time, especially once the players stopped just whacking it and started serving more cleverly and using the wings front right and left. A shot hit here could usually only be retrieved by a fleet-footed opponent, and even then he was drawn forwards and out of position. The central and side players both had to react sharply to shots heading into these front corners.

We found that an Eton Fives ball gave a better game than a G6, but there is surely more experimenting to be done in the months ahead with various balls as the game develops through the school. Marlborough issued an open invitation to the Verlucians to come and try Rugby and Eton Fives in a return fixture. But Wallball is surely the closest relation among the other versions of handball currently played, and a Wallball court or two would clearly allow for more players to participate than is possible on this one outdoor court, and also allow the essential skills to develop faster.

The Warminster players took to the game very wholeheartedly, and learnt fast. There were actual spectators too, staff and pupils – full of interest and keen to know when they could have a go – as well as a number of startled passers-by who were used to this space being occupied by parked cars and milling children in uniform. It was a splendid occasion enjoyed by all; the Marlborough contingent were made very welcome and were honoured to take part in such a momentous occasion.

Hats off and many thanks to the Headmaster, the sports department, and especially to the Head of Development, Graeme McQueen. Watch this space for more Fives news from Warminster. 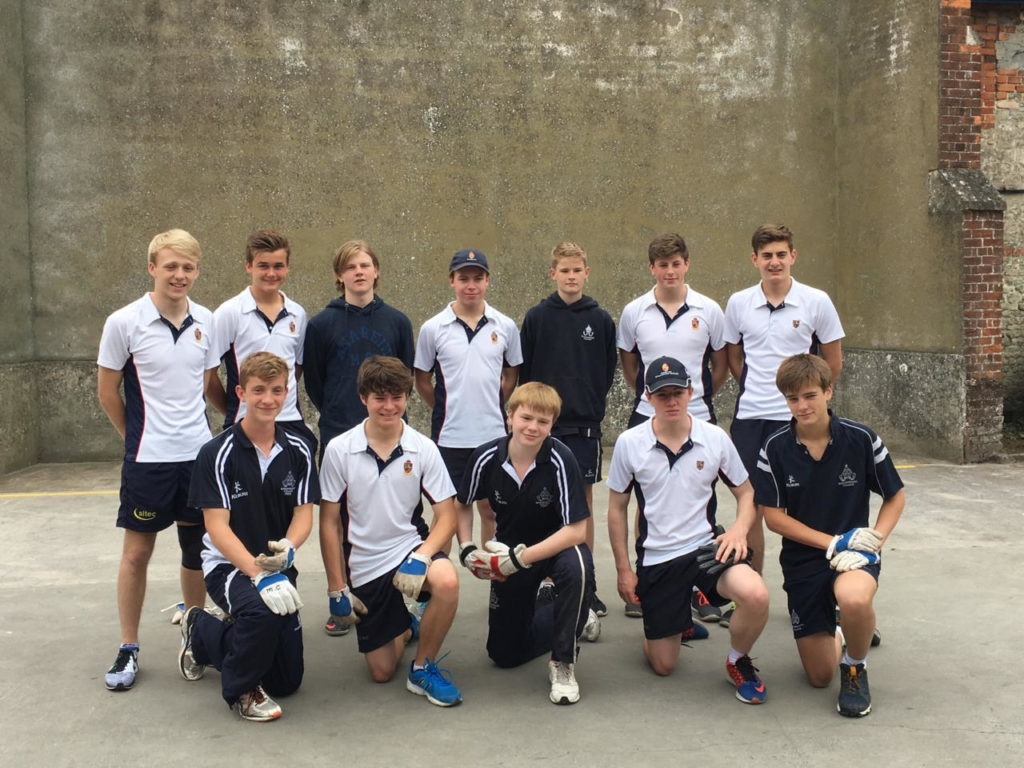 Boys from Marlborough and Warminster 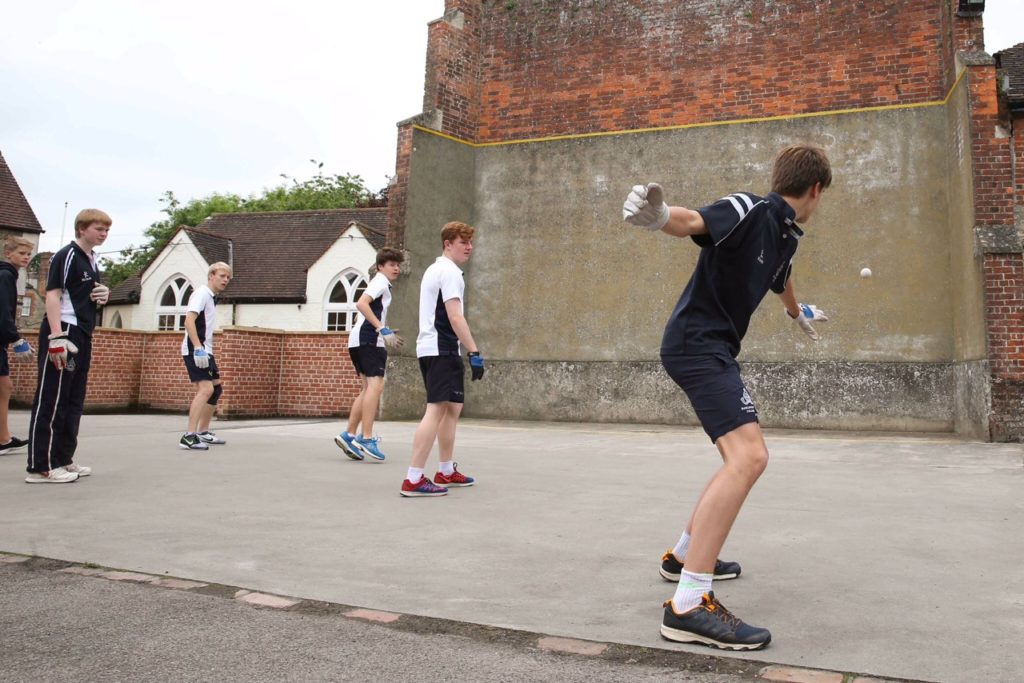