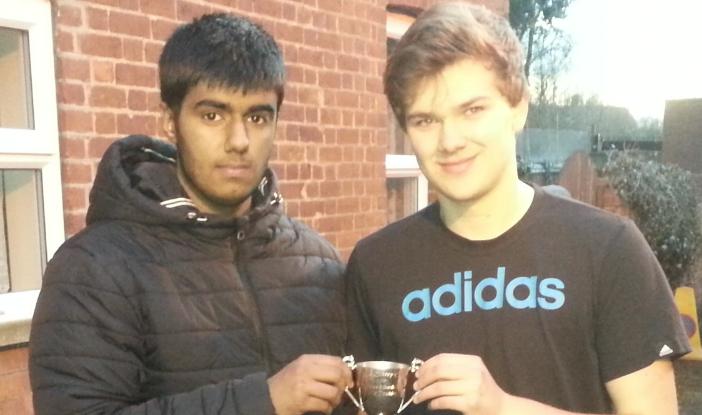 This year’s U18 competition, played at Bedford Modern School with a field of 26 players from 5 schools, produced a clean sweep of both Cups and both Plates for the Derby Moor squad.

Robert Whitehorn completed a hat-trick of wins in the Singles and, likewise, in the Doubles, this year partnered by Jai Singh. John Halligan of Derby Moor had the unfortunate experience of being runner-up in both, though he and Bally Singh gave their year-older rivals a hard fight in the Doubles final and will be the pair to beat next year.

All the Derby Moor players were pushed hard by Romain, Musiani and Suddaby of Rugby. We can expect the rivalry between these two schools to continue next year.

The U15 the competition, which comprised 19 players from 5 schools, was dominated by the squad from Bedford Modern, though again players from Rugby got themselves in the mix. In the Singles Joe Sumner benefited from his experience of playing last year to defeat the strong physical challenge of Alex Carter from Rugby in the semi and then the rackets-playing Will Hardman from the same school in the final.

In the morning we had seen three pairs from Bedford Modern reach the semi-finals of the Doubles. There Sumner had teamed up with Oliver Colbert, with whom he had won the Plate last year, to beat first Rugby II, then Bedford Modern II. As all these young players move up next year into the U18 category, joined by some promising players from Oundle, we are going to see some fine Fives played. We hope to be joined then by players from Bloxham where Fives is undergoing a renaissance.

Plate (for first-match losers): Rugby I (A Carter & H Maddocks) 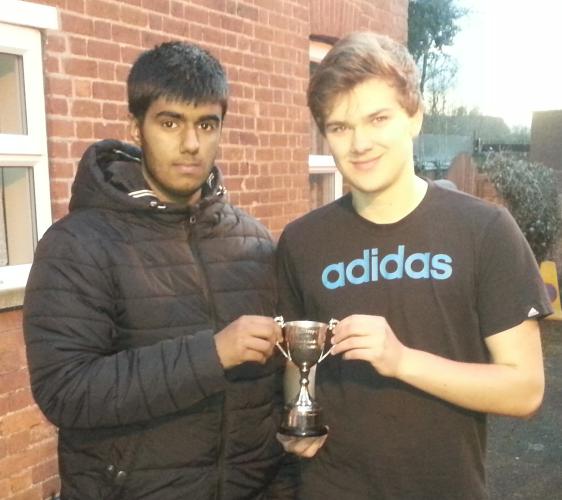