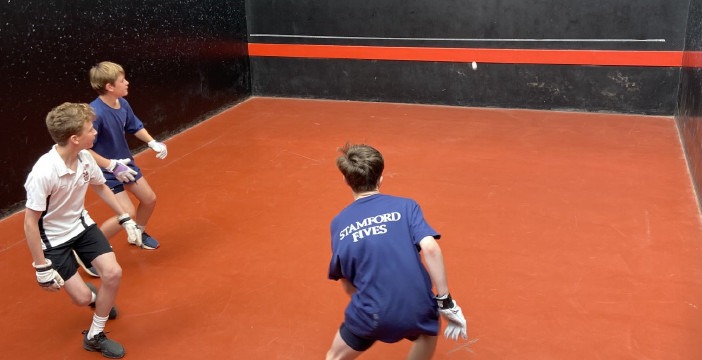 STOP PRESS  It was a clean sweep for Alleyn’s in this season’s delayed National U13 Championships, hosted by Alleyn’s School, with Milo Arie winning the Singles and then the Doubles with his partner and runner-up in the Singles, Archie Shaw.  23 boys contested the championships, with 1 from St Dunstan’s College (SDC), 4 from Edinburgh Academy (EA), 5 from Alleyn’s (AL) and 13 from the Stamford Endowed Schools (SES), who play their fives on squash courts under the guidance of Alex Smith. It was Connor McNaughton from Stamford who won the Singles Plate and then, with schoolmate Rory Jones, the Doubles Plate. Our thanks to Sam Russell, who organised the event and ran proceedings with customary smoothness.

Singles: After a series of matches involving 4 groups a main draw with 16 players emerged and in due course a Plate competition including some early-round losers. 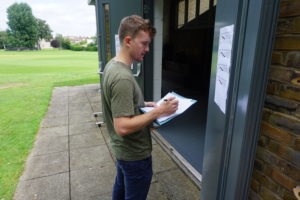 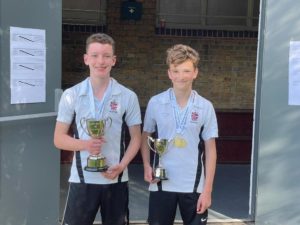 Alleyn’s champions with their two trophies 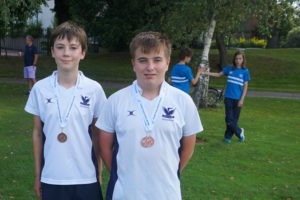 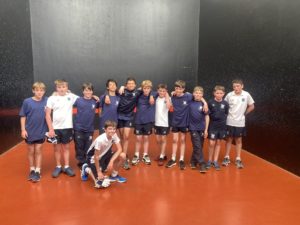 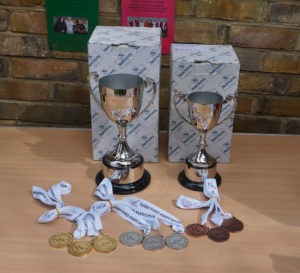