Brian Kirk reports:  The annual (14th) Derby Moor Fives Tournament took place on Sunday 25th June, 2017. An excellent turn-out from old stalwarts plus some new entrants made for an super day’s fives with 12 pairs , with an age range of 13 to 63 (or perhaps a bit more!) competing for the honours. Players came from London, Bedford, Rugby, Derby and Halifax.

The format, as ever, meant that evenly matched pairs played in a knock-out for the main competition with early losers playing in a round robin format for the plate, thus making sure everyone left exhausted but happy. A strong contingent from Rugby enabled youthful pairings with Derby Moor youngsters. With an event featuring Bob Sandie and John Hawke from Halifax, tournament veterans Nick Geere and Mark Kiteley and a welcome showing from multiple-champion Hamish Buchanan, who was paired with an up-and-coming Derby colt Vishal, there was sure to be a high standard of play.

Seeded one, Hamish & Vishal met a fancied pair combining strength (Aaron Wheatley) and subtlety (Nick Geere) in a closely fought three-setter. Aaron & Nick took the third game and then won their semi-final, establishing a firm position for the final. At the other end of the draw, ex-schoolboy champion Rob Whitehorn & Old Rugbeian George Terry made steady progress through the draw, beating firstly Rugby’s Mike Suddaby & DMF’s Lewis Keates, and then Ashley Hill & Bob Sandie, to reach the final.

The final did not quite live up to expectations, with Whitehorn & Terry beating Wheatley & Geere comfortably in straight games despite long rallies. It was Rob’s first win in this event and it was George’s first appearance! The third place play-off between previous winners Hill & Sandie and old hands Anthony Goodwin & Mark Kiteley was mammoth, with the organiser having to evict the four from court so that the final could commence. An honourable draw was agreed upon as the more mature players in the pairings had had enough.

In the plate two pools of 3 and 4 pairs battled for the honours. Schoolboys Kais and AR, in particular, acquitted themselves brilliantly playing against much stronger opposition. The plate final was a fine affair with stalwart Richard Christie & partner Chris Evans playing Suddaby & Keates; the latter pair won 11-7, 11-5, with Lewis playing the best fives of his life.

Club Captain Stuart Kirby explained that this was the second chance for the Derby Moor Club to showcase its newly enclosed courts and warmly thanked everyone who entered for supporting the tournament. A good day’s fives was had by all.

There are photos at the end of this report. 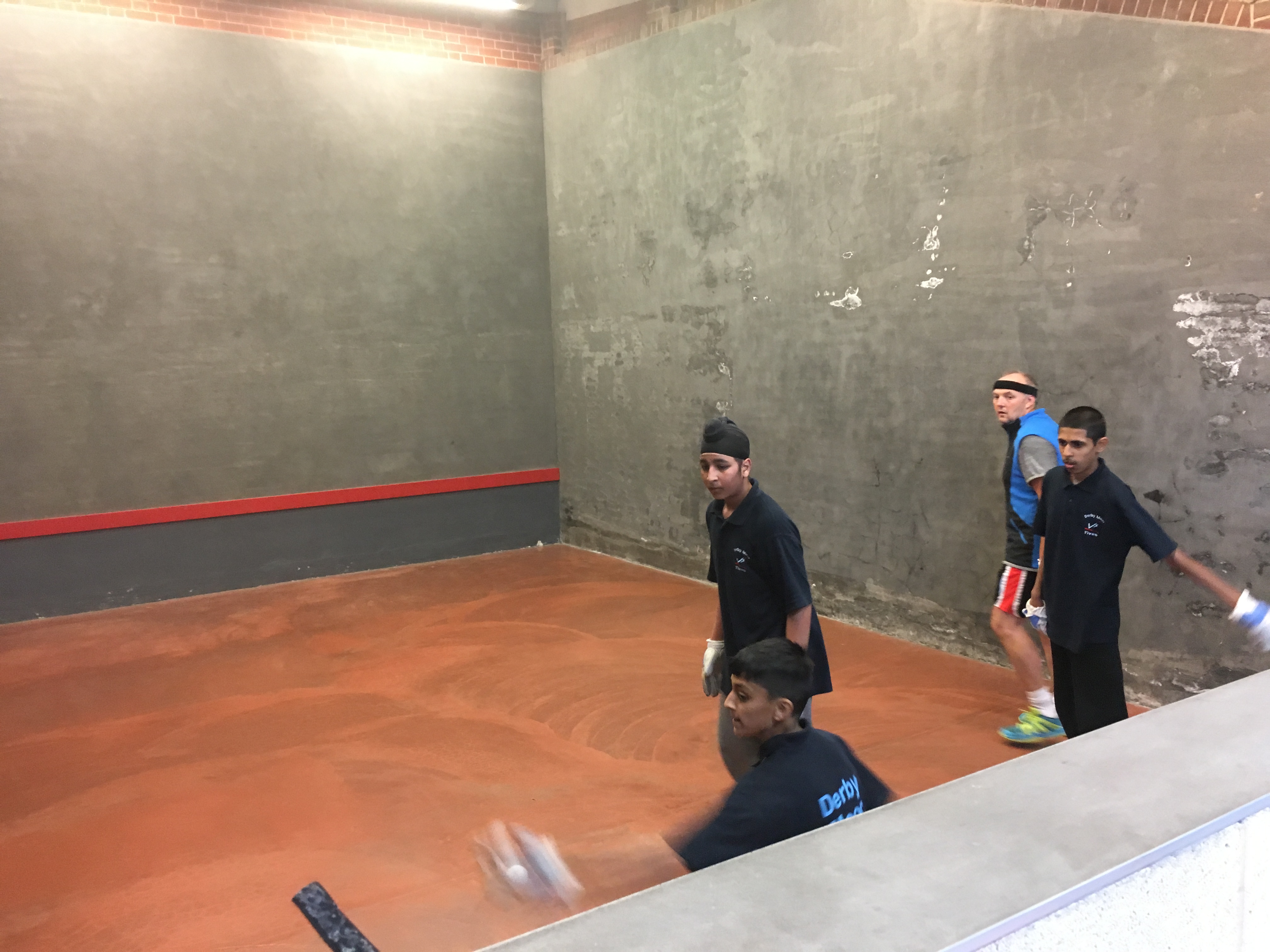 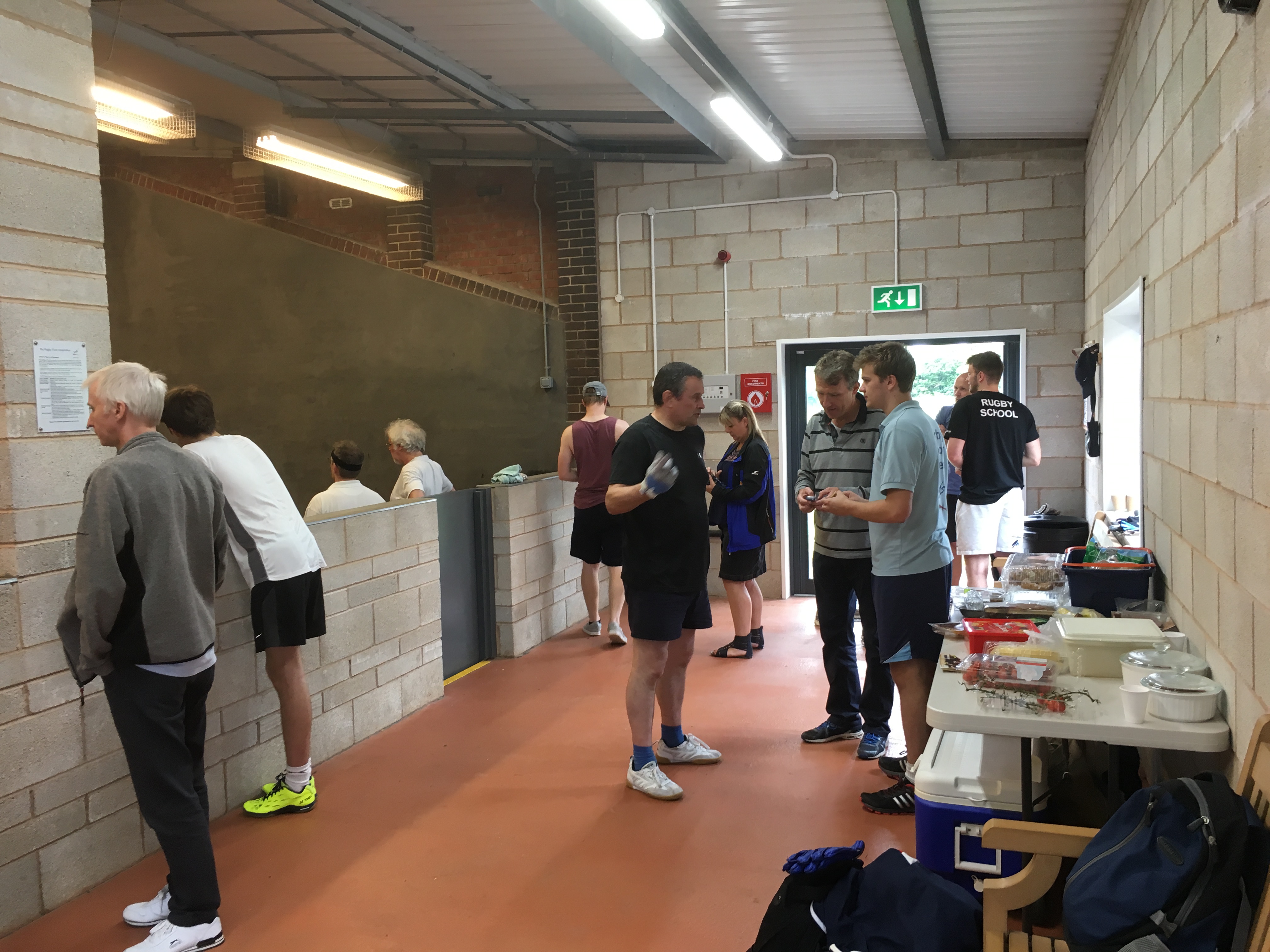 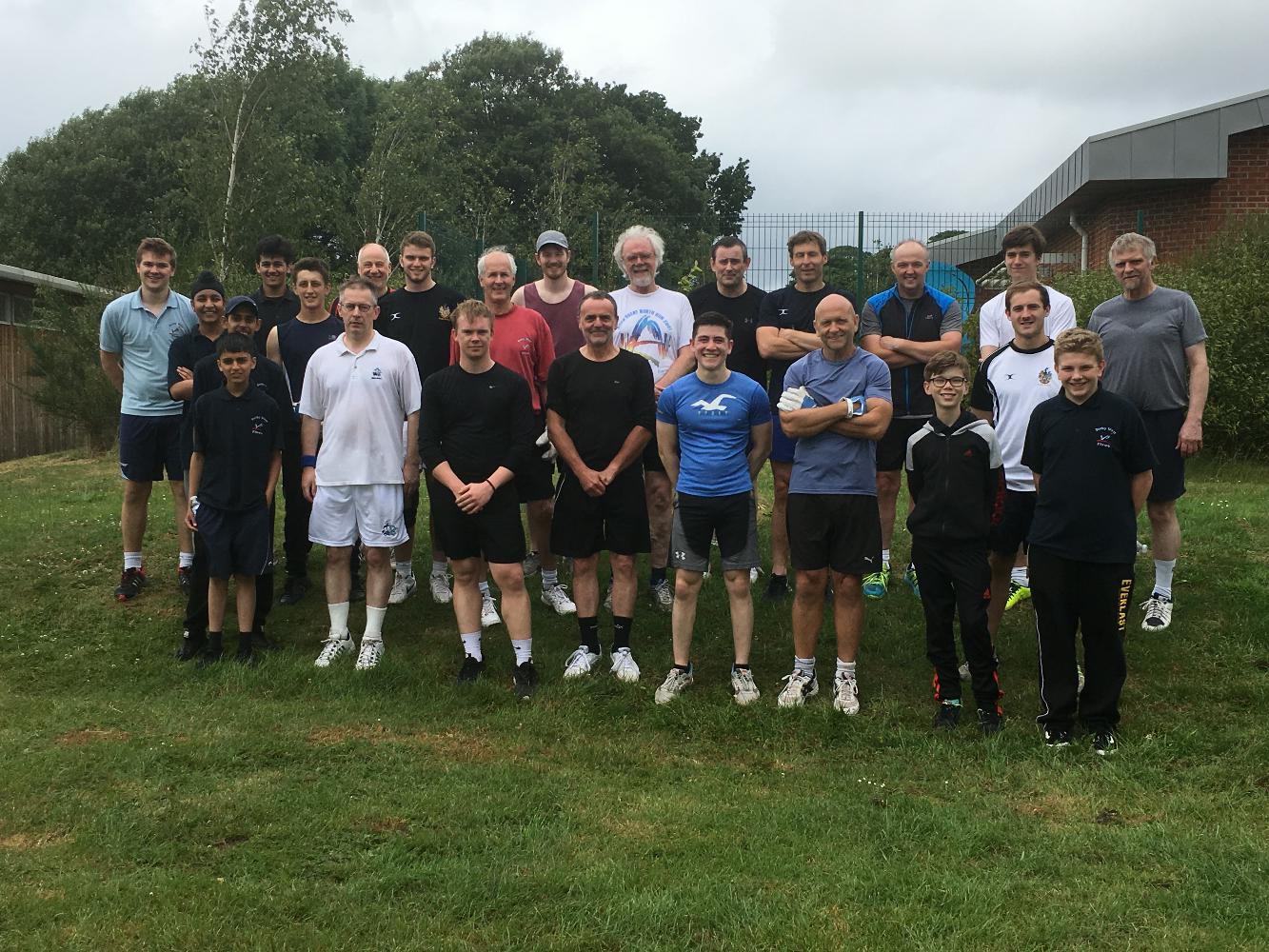 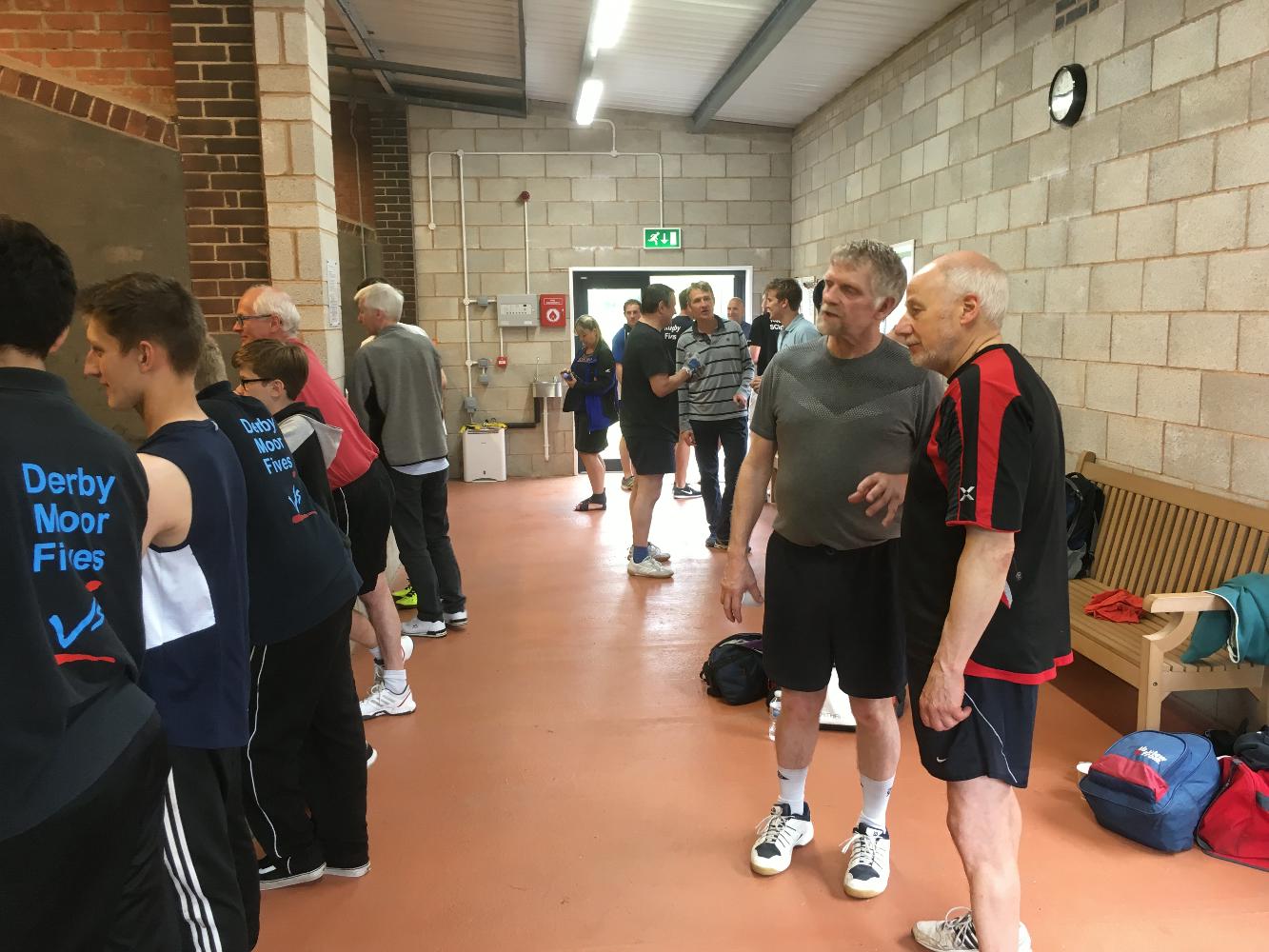