A few accidents and injuries, including a broken leg for organiser Brian Kirk, reduced this year’s entry in both Singles and Doubles, but the enthusiasm for non-stop, all-day Fives was in no way diminished. The new ball largely behaved itself on the glass-backed Cambridge courts, though not all competitors were comfortable on what some feel is a slippery playing surface.

Pick of the early Singles was a doughty performance by Angus Hanton against fellow AOB and old friend Nick Geere: the game went to three, as then did Angus’s semi-final against erstwhile champion Stuart Kirby. By the time of the final, with a tired Angus facing a relatively fresh Ian Jackson making his debut in this event, the writing was on the wall. What a shame defending champion Neil Roberts was not able to play: Ian would have relished the challenge of taking him on.

Tony Burrows, Bernard Atkinson, Keith Kennerley, Chris Blakeley, Spencer Beal and Mark Kiteley joined in for the doubles. We missed Tony Hamilton, who had to withdraw from the Singles with a tender hamstring so as to improve his chances of defending the Masters title next week with Spencer. Stuart, Ian and Richard all showed signs of fatigue as the final stages were played  out — not surprising, with 12-11 a popular score! — and so the power and speed which Morgan Spillane generated with his left hand ultimately proved to be decisive.  So, new champions all round, though history repeated itself in the Doubles Plate, where Angus & Nick successfully retained the pewterware! 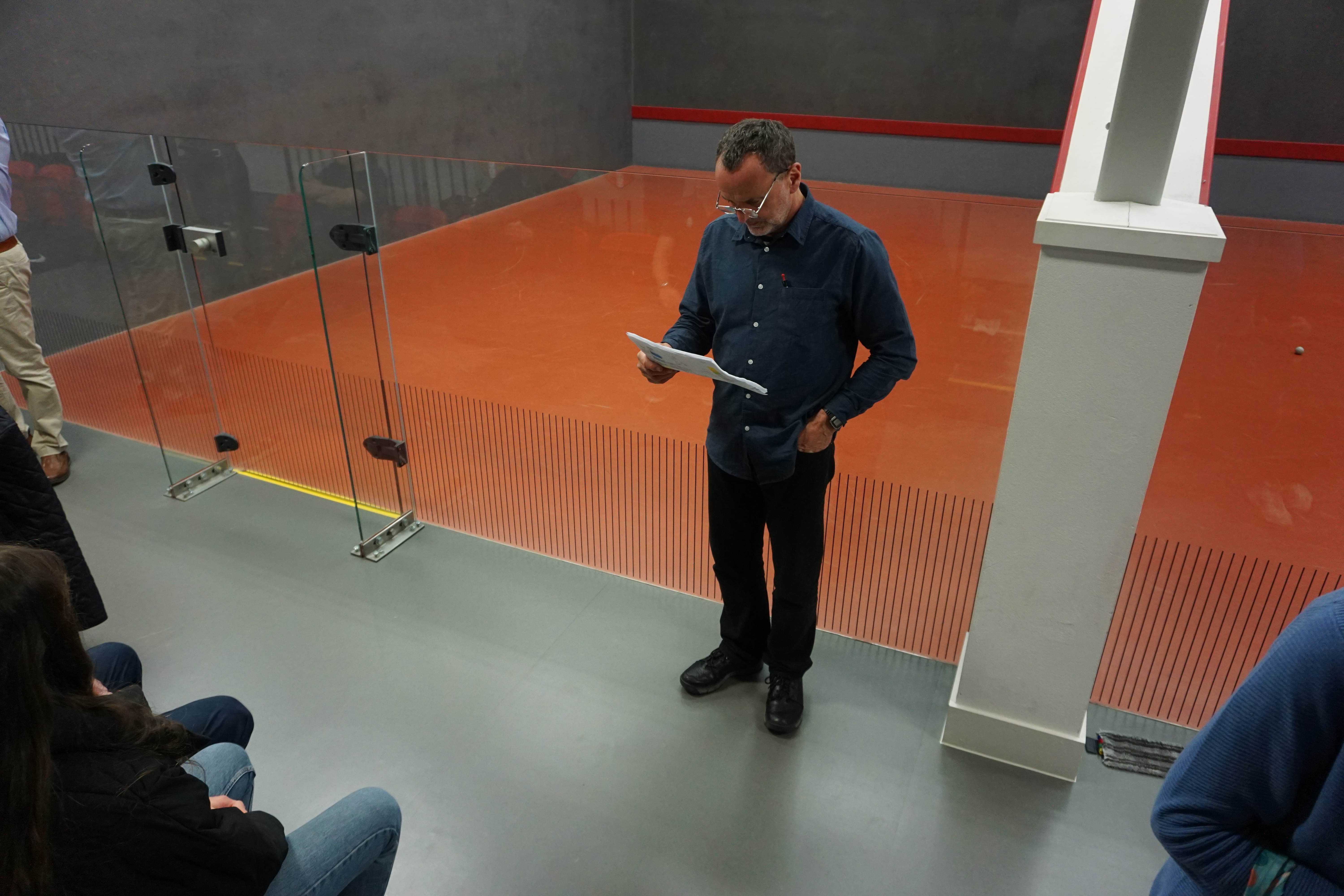 He’d have played if he hadn’t broken his leg! 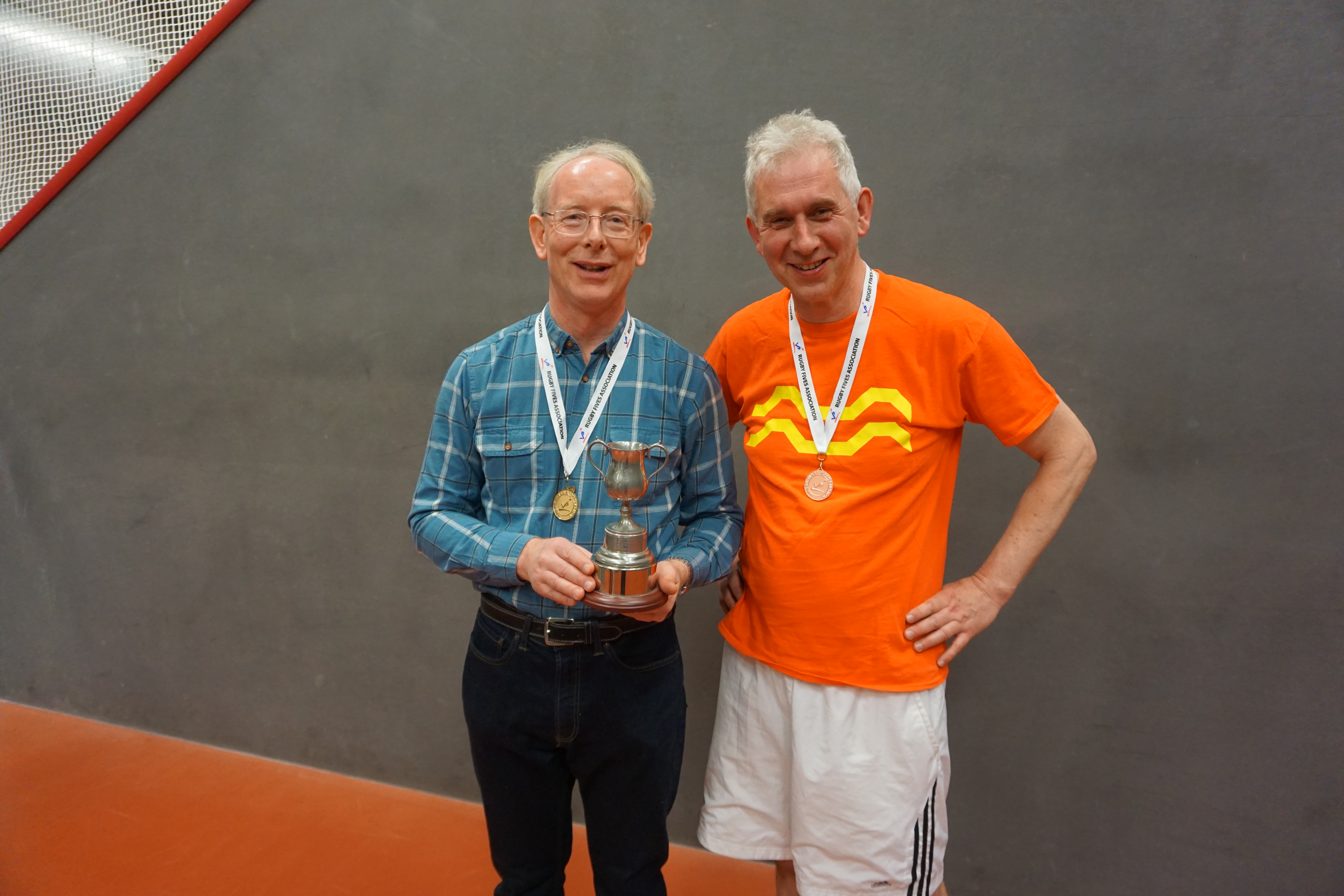 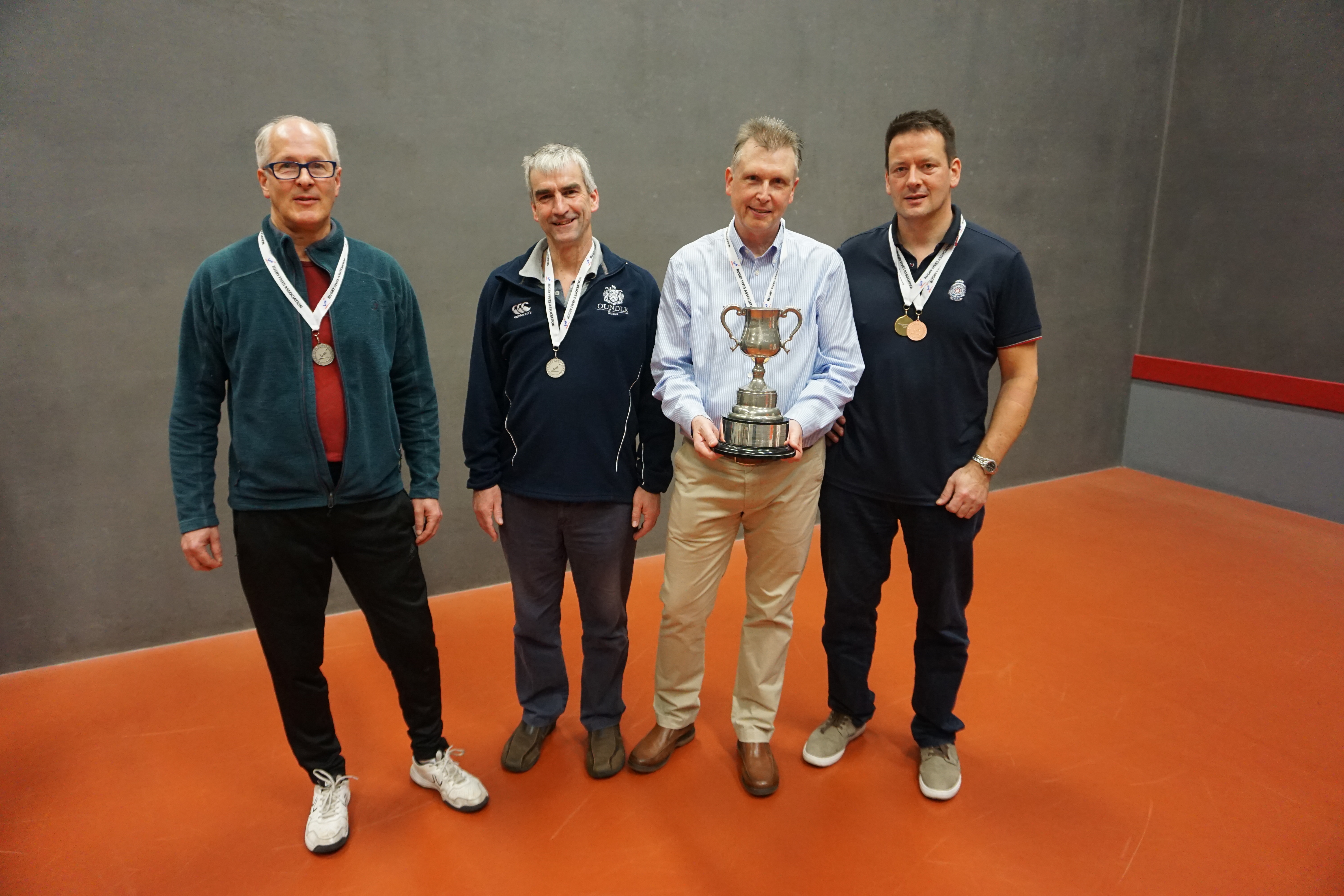 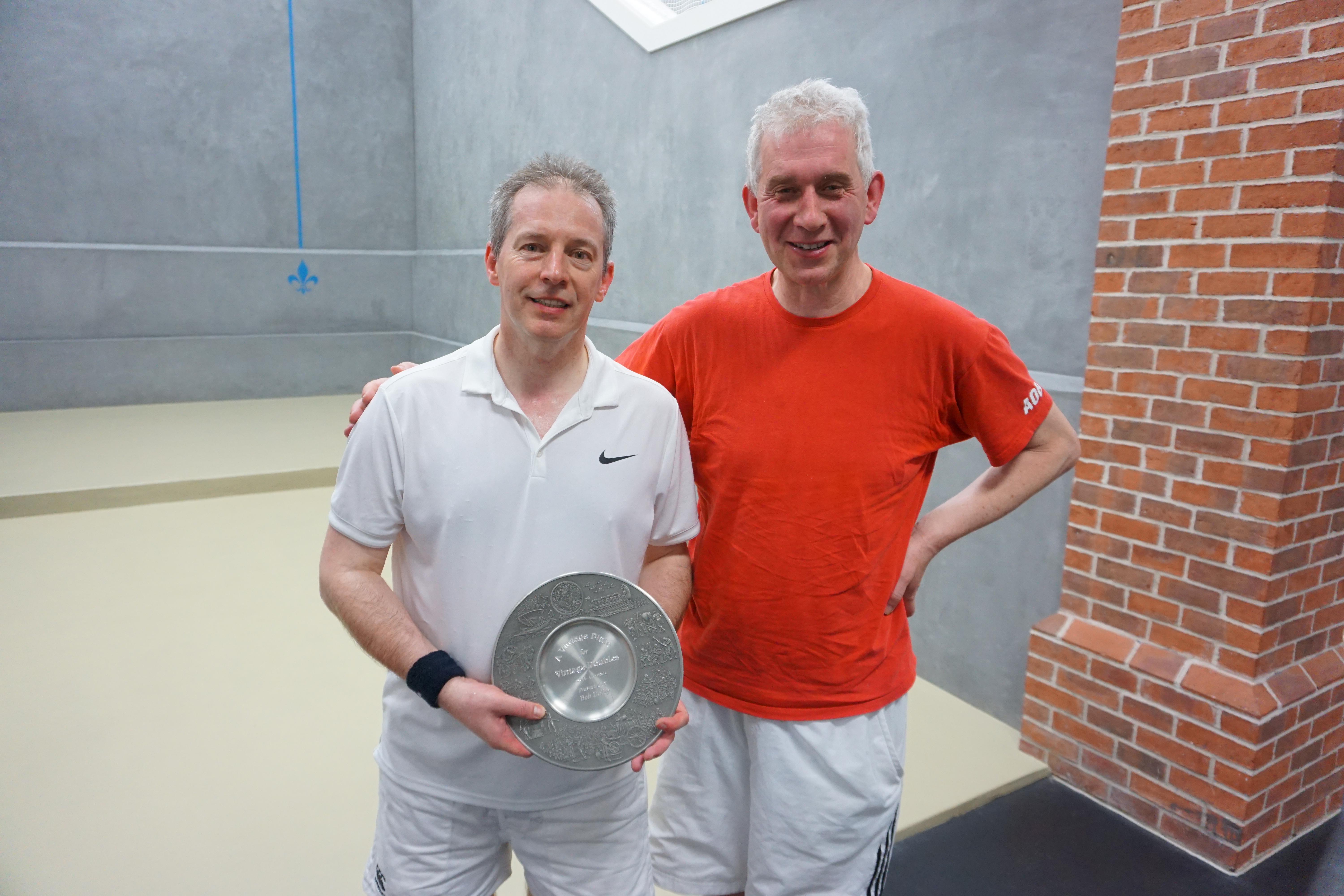