Archie McCreath & Grant Sperling underlined their claim to be the Scottish pair to watch at the upcoming National Schools Championships after defeating the Loretto 1st pair, though the latter must have been tired after an epic semi-final against Merchiston Castle in which they came back from 1-10 to win 16-15. It was Fettes’ first success in this event since 1985.

The U16 Doubles took place on Thursday March 9th and were won by Merchiston Castle’s first pair in an all-Merchiston final. Fettes I won the Plate, beating Edinburgh Academy I.

The Inaugural Scottish Schools U18 Singles took place on Thursday March 16th and the trophy, donated by the father of Andrew Boyd, was won by Archie McCreath from Fettes. Doug T. from Merchiston Castle won the McKeown Plate 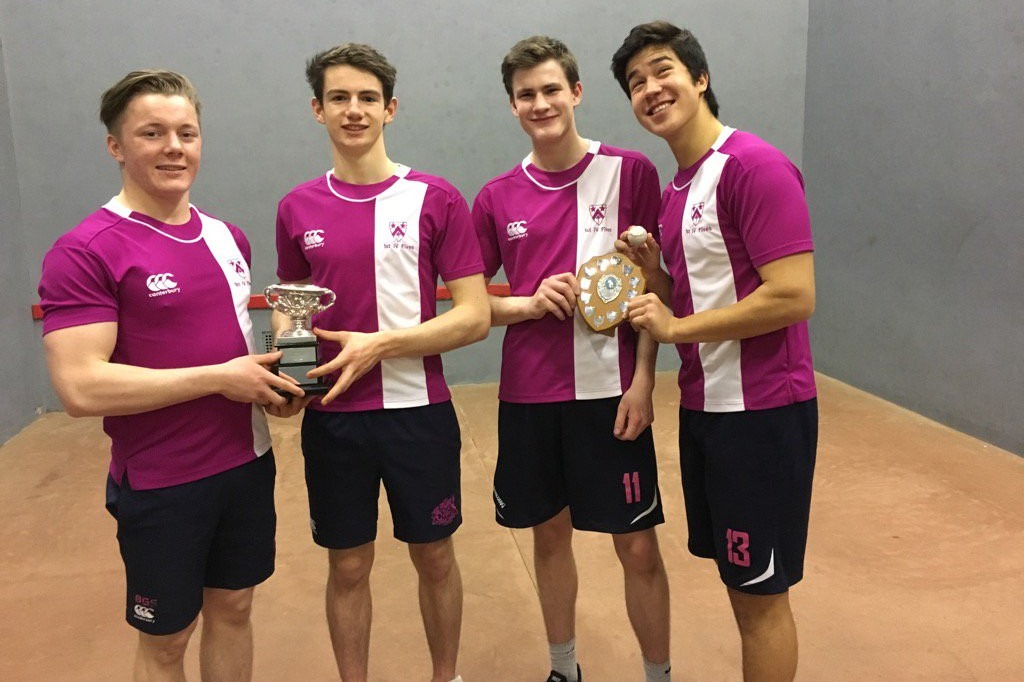 Clean sweep for Fettes in the U18 Doubles; Cup and Plate 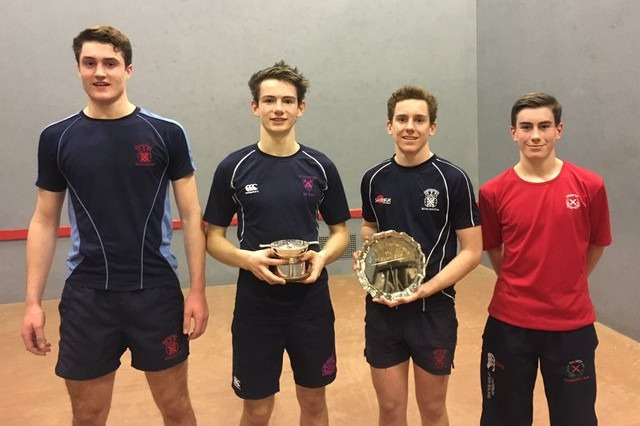 The finalists in the U18 Singles competitions 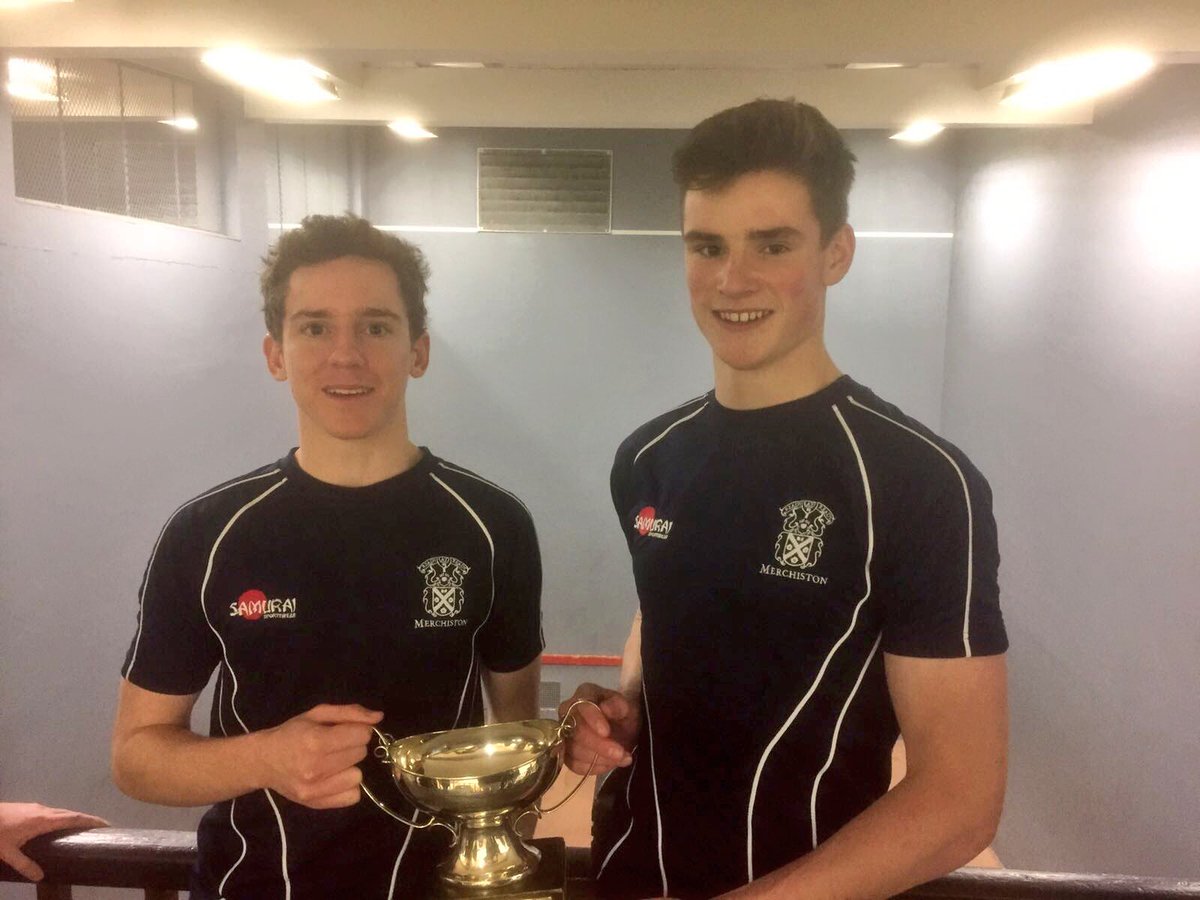