STOP PRESS
It was a weekend of history-making in Manchester, where John Beswick presided over the 50th North West Open Championships and Matt Shaw won his first open title. Mind you, that only came after the rather more seasoned campaigner Will Ellison took the singles crown, with a win over second seed Ed Kay. In a repeat of the 2016 final, this was Will’s 27th singles title and his third NW Open win, but Ed too left Manchester with a gold medal after teaming up with fellow Cambridge student Matt to win the doubles title after defeating Will and Gareth Price in the final.

Organiser John Beswick reports: A smallish but comfortable entry for a 2-court event. Some old faithfuls chose to go on the Jesters Tour to Scotland which, unfortunately, clashed this year.

It was excellent to have a wide range of adult players from Manchester, Bristol, Cambridge, Derby, London, and N. Yorkshire for this anniversary event. Well done to Jon Lidiard for bringing his young players from Sedbergh and to Archie McCreath for coming down from Edinburgh. Great also to see Tim Lewis up from the Deep West, with his daughter, to support.

The Singles was completed in a day, with invariably high quality matches in all rounds. Kay and Ellison looked, predictably, the pick of the players. Yet again , though, Will seemed to find an extra gear in the final against Ed.

In the Singles Plate there were two left-handers in the last four of Hanton, McCreath, Goodwin and Jefferies, but it was Henry and Peter who fought out a close final, won by Henry.

The Doubles pairings contained youth and experience, and matches were all hard-fought. The semi-final, which saw 2nd seeds Arnold & Beltrami confront 3rd seeds Kay & Shaw, was the most tantalising and duly went to 3 games, Kay & Shaw pulling rank in the end. These two then went on to target Gareth Price relentlessly in the Doubles final, taking Will Ellison out of the game as much as possible. It worked.

The Doubles Plate was notable for the presence in the final of a 70 year-old stalwart of Manchester Fives, Peter Woods, playing with Ged Darlington. They came up against young guns Craig Baxter & Aaron Wheatley who, after a tight semi-final against a Sedbergh pair, managed to win what turned out to be Derby Moor’s 50th Plate since the Club was founded in 2004.

What a great tournament! 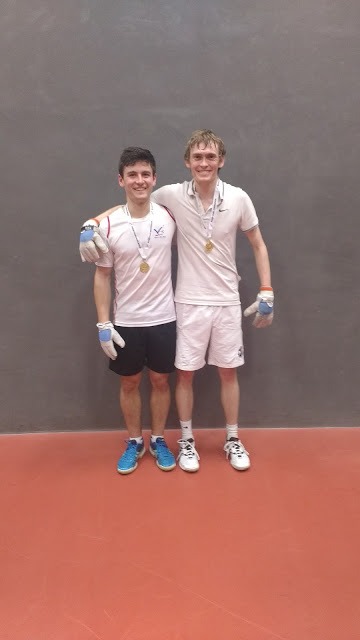 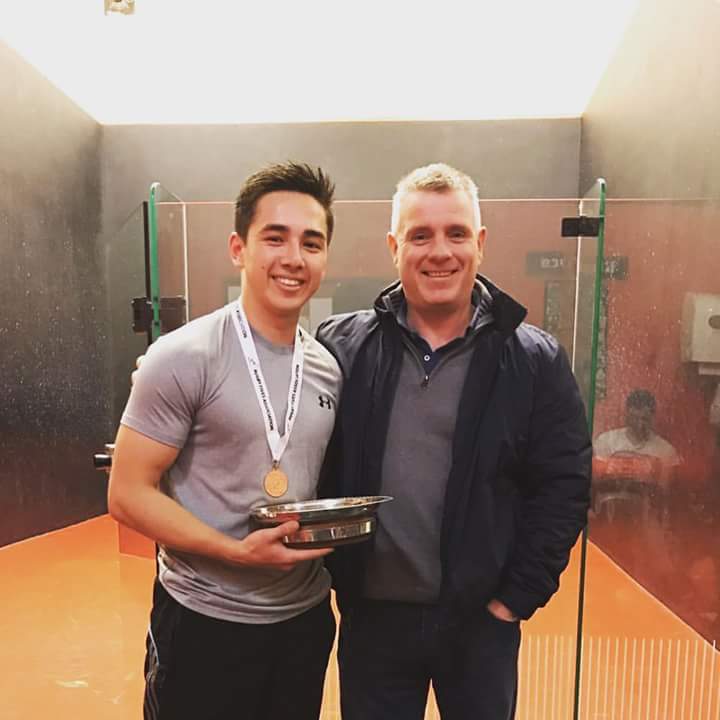 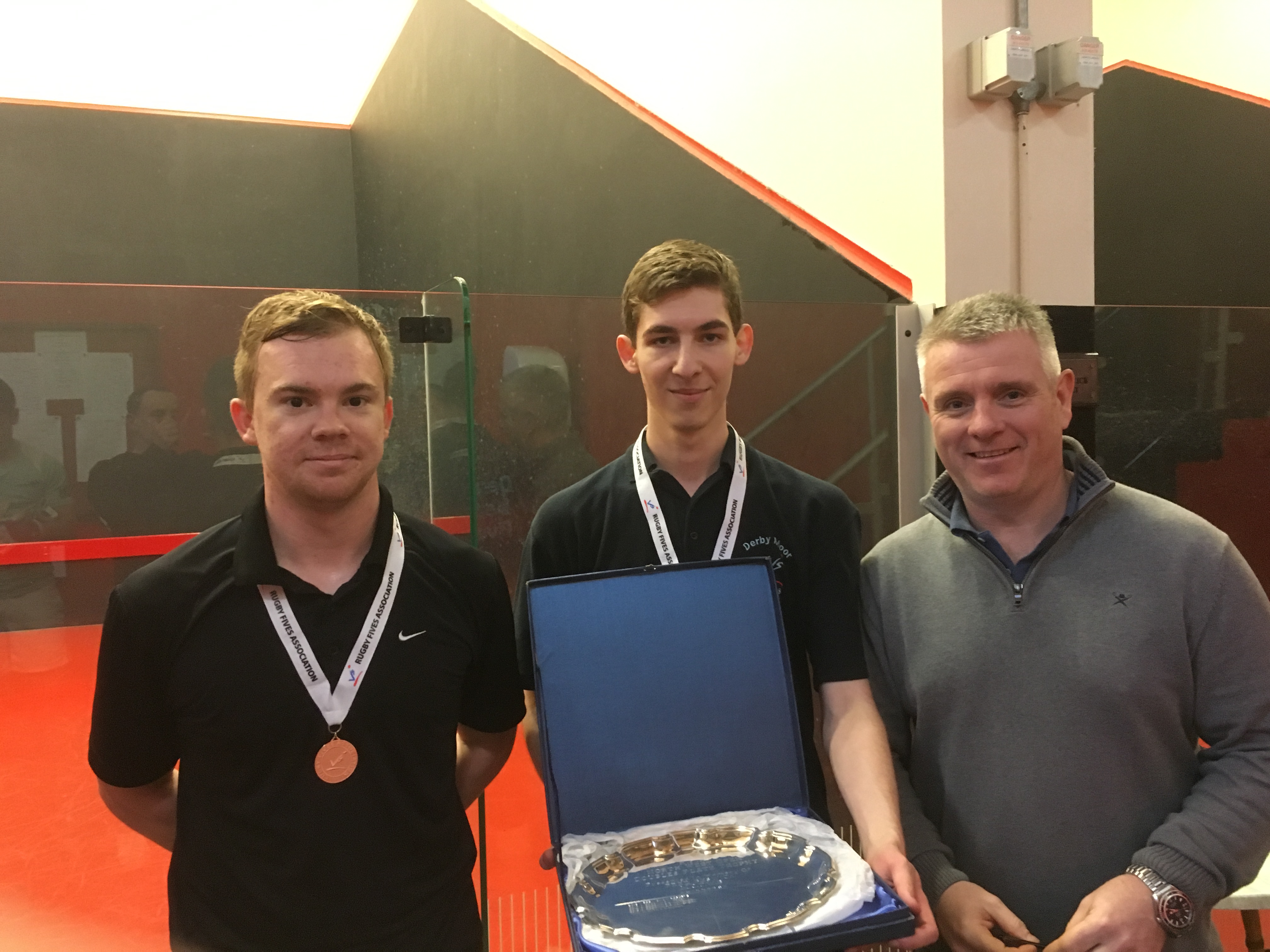