David Barnes reports:  In the closest Varsity Match for more than a decade, Oxford ended Cambridge’s seven-year-long domination of the event with a well-earned 38 point victory.

Despite Cambridge’s expertise at the top, with Kay and Shaw playing in their final Varsity, the Dark Blues had the strength in depth to build a solid lead in the eight singles matches – an innovation requested by both captains this year. As it turned out, this was greatly to Oxford’s advantage, their bottom four singles players (Mills, Owen, Muscat and Petrenco) winning 60 points to their opponents’ 17. There were singles wins, too, by Bhushan, the Oxford captain, and freshman Whitham, while Kirwan, also in his first Varsity Match, fought hard for his 5 points against Shaw, the Cambridge captain. The top singles match was between two former partners for Cambridge, Kay and Brubert, each in their eighth Varsity Match. Kay, with seven consecutive wins for Cambridge behind him, came through relentlessly to win by a distance, making his total points score in Varsity singles 120-22. Brubert, appearing for the first time for Oxford after a distinguished Cambridge career, had despite his loss played a valuable role in strengthening Oxford’s singles line-up. In the process Jacob became the 6th player in the history of the fixture to represent both universities.

In the doubles, the honours were shared, with Cambridge’s first and second pairs winning all their games, and the reverse happening in pairs three and four, where Oxford won all theirs. Kay & Shaw, with less experienced partners, were given stiff opposition by Brubert & Kirwan, but the real stars were the Oxford third and fourth pairs, with Owen & Whitham outstanding at three: they scored 60 points to their opponents’ 9.

There was a good reserves match in which Oxford Beavers defeated Cambridge Sparrows by 139 points to 113. The outstanding performance came from Shardlow (Oxford) who won all his games; his singles win was impressive and he and his partner Kengeter gave little away in the doubles. Cambridge fought hard and won two of the singles and three games of doubles, but Oxford were more consistent and took the ‘Fist of Iron’ back to Oxford for another year.

The Ladies match was won easily by the more experienced Cambridge side, but there was a terrific top singles between Cassi Henderson and Phoebe Thornhill which went all the way to 16-15 and attracted an enthusiastic gallery. As last year, greater experience was a key factor in the result; but the top singles match showed how the confidence and standard of play between two evenly matched athletic players can improve dramatically in the course of just one game. As the great South African golfer Gary Player memorably said when accused of having had a lucky round to win a tournament: ‘The more I practise, the luckier I get!’

My thanks go to the unflappable Peter King, who helped greatly with arrangements for the day; to St Paul’s School, who hosted the event for a remarkable 36th consecutive year; to the magnificent mums of both captains who provided a healthy amount of food to sustain the players and spectators; to all the family members and others who came to support; and to Pol Roger Champagne for their continued and generous support of the Match. 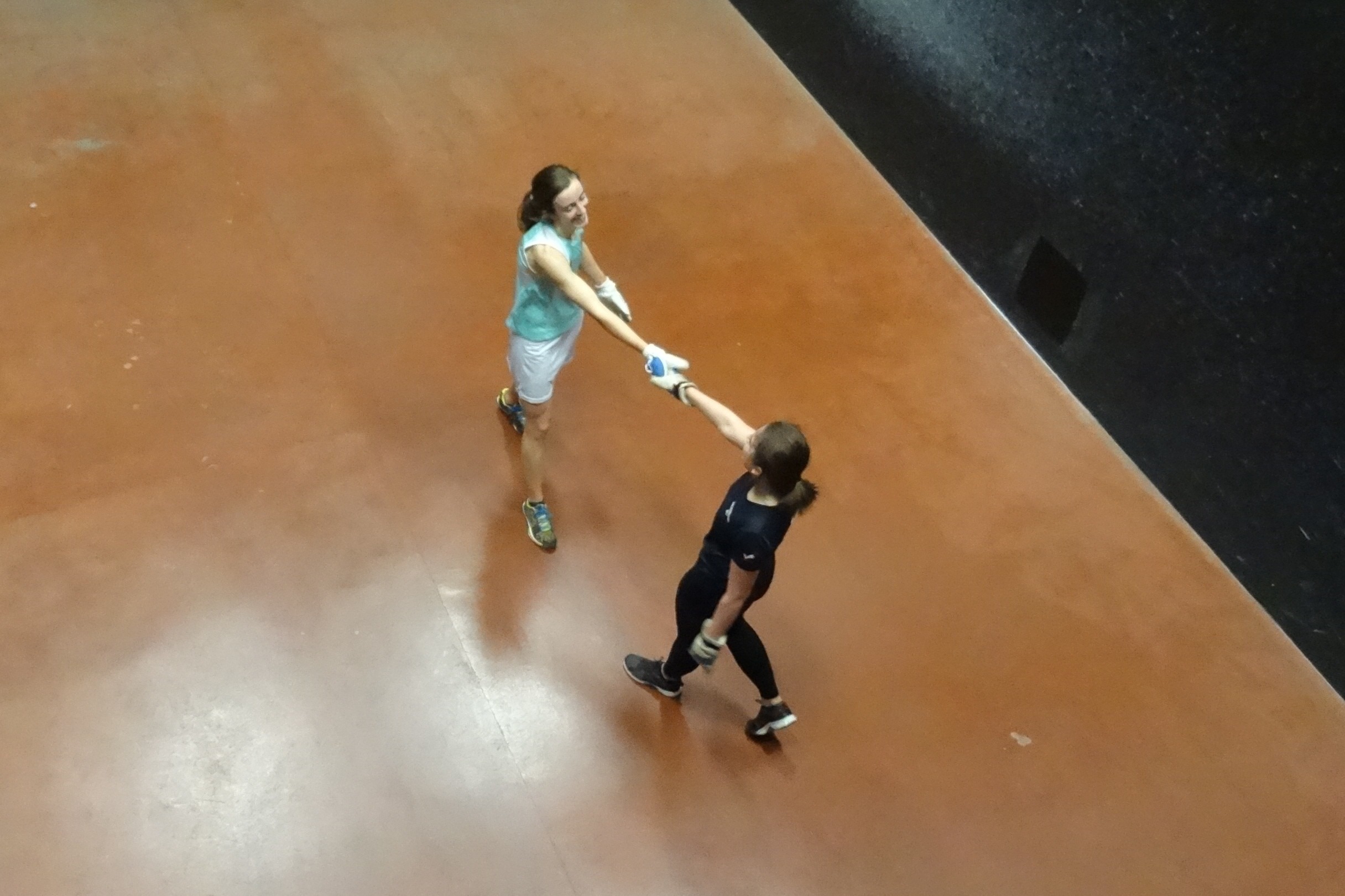 Match of the Day: Cassi and Phoebe 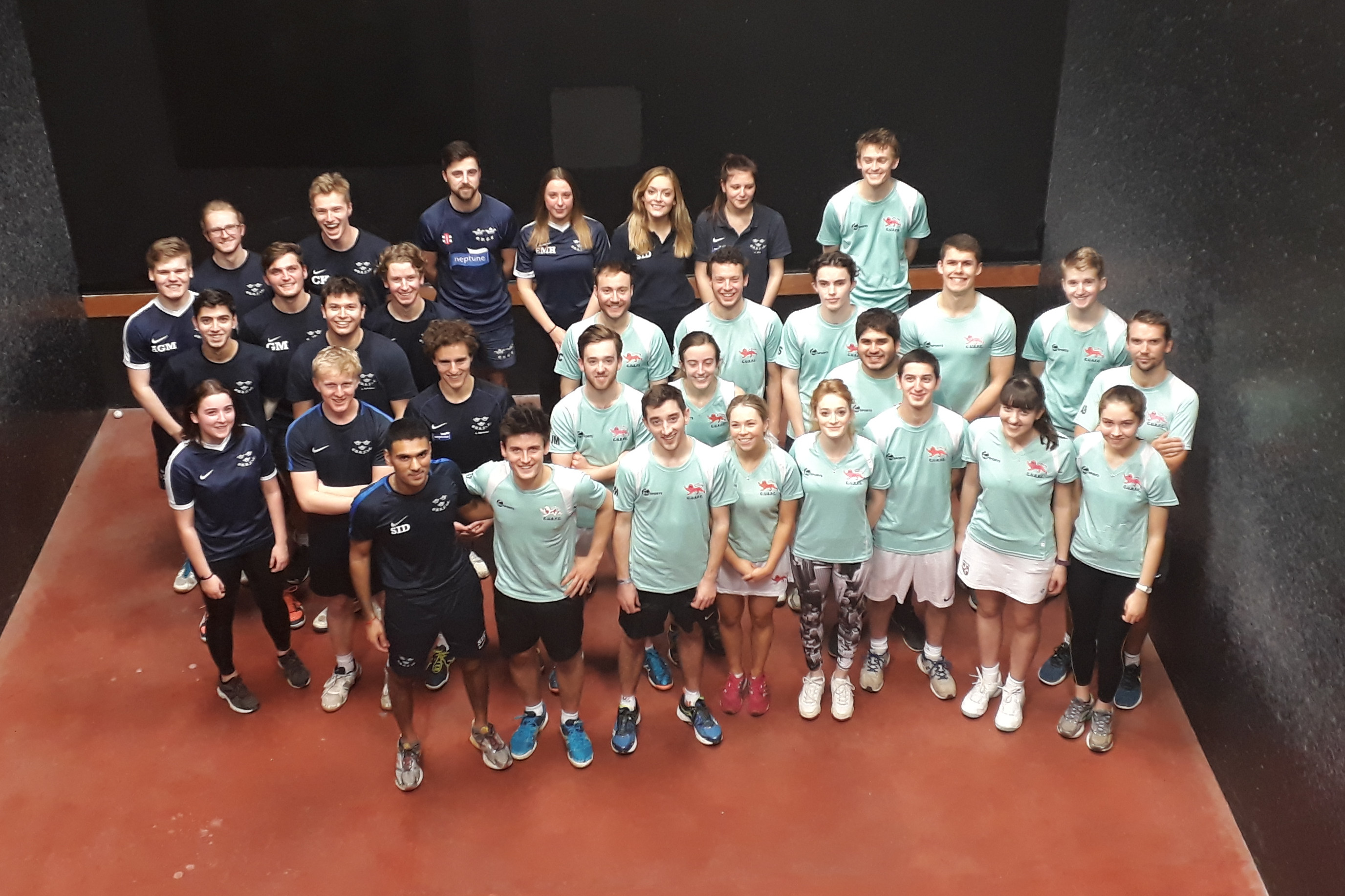 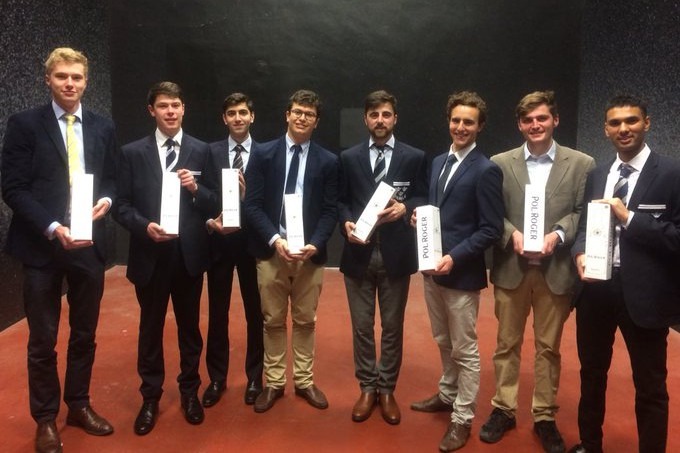 Victors with the Pol Roger champagne