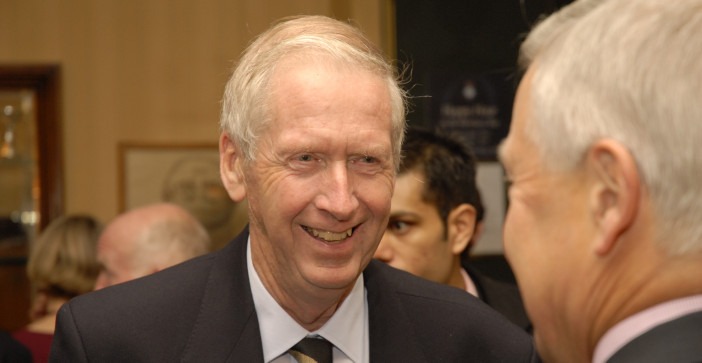 The RFA is sad to report the death, at the age of 82, of Paul Coker, a leading member of that group of Old Merchant Taylors’ players — Graham Prodger, Dick Bulgin, Bob Peters, Geoff Bunting, the Cameron brothers, the Wiles brothers and the young Guy Whiting — who made the OMTs a major force in club Fives in the 1970s, winning the Wood Cup in 1975.

Paul, who sadly died on 13th March, will be remembered by OMTs for his significant contribution to the OMT Society, OMTCC and OMT Fives.

After leaving School, he qualified as a Chartered Accountant, moving from the profession into commerce. He became Finance Director and subsequently Managing Director of the major company Rank Hovis McDougall (RHM).

He used his experience to assist OMT Society very actively in his capacity as a Director of Durrants Club Ltd, the company set up by the Society to oversee the business side of running and maintaining Durrants when it was encountering financial problems in doing both. He was elected a Vice President of The Society.

He played for OMTCC as a top order batsman and occasional bowler and wicketkeeper mainly in its Saturday 2nd X1 which he captained for some years and into which he introduced some talented MTS schoolboys some of whom went on to play for the OMTCC 1st X1 for many seasons. He also was the OMTCC Match Manager and Captain for a number of The Club’s Sunday 1st and 2nd X1 matches. He started the OMTCC Veterans X1 which he captained for several years. He also much enjoyed playing on the OMTCC tours to Kent, The Thames area, and abroad. After Paul stopped playing, he was a regular supporter of OMTCC from the boundary and until recent years when his health deteriorated, he and his wife Delphine were present at nearly every match played by OMT in The Cricketer Cup. They were very strong and generous supporters of OMT Cricketer Cup and The Coker picnics on the boundary were “legendary!” Paul was Chairman of OMTCC for a number of years and steered The Club with much sage wisdom through the period in which he was in office. He was honoured by The Club by being elected an Honorary Life Member. 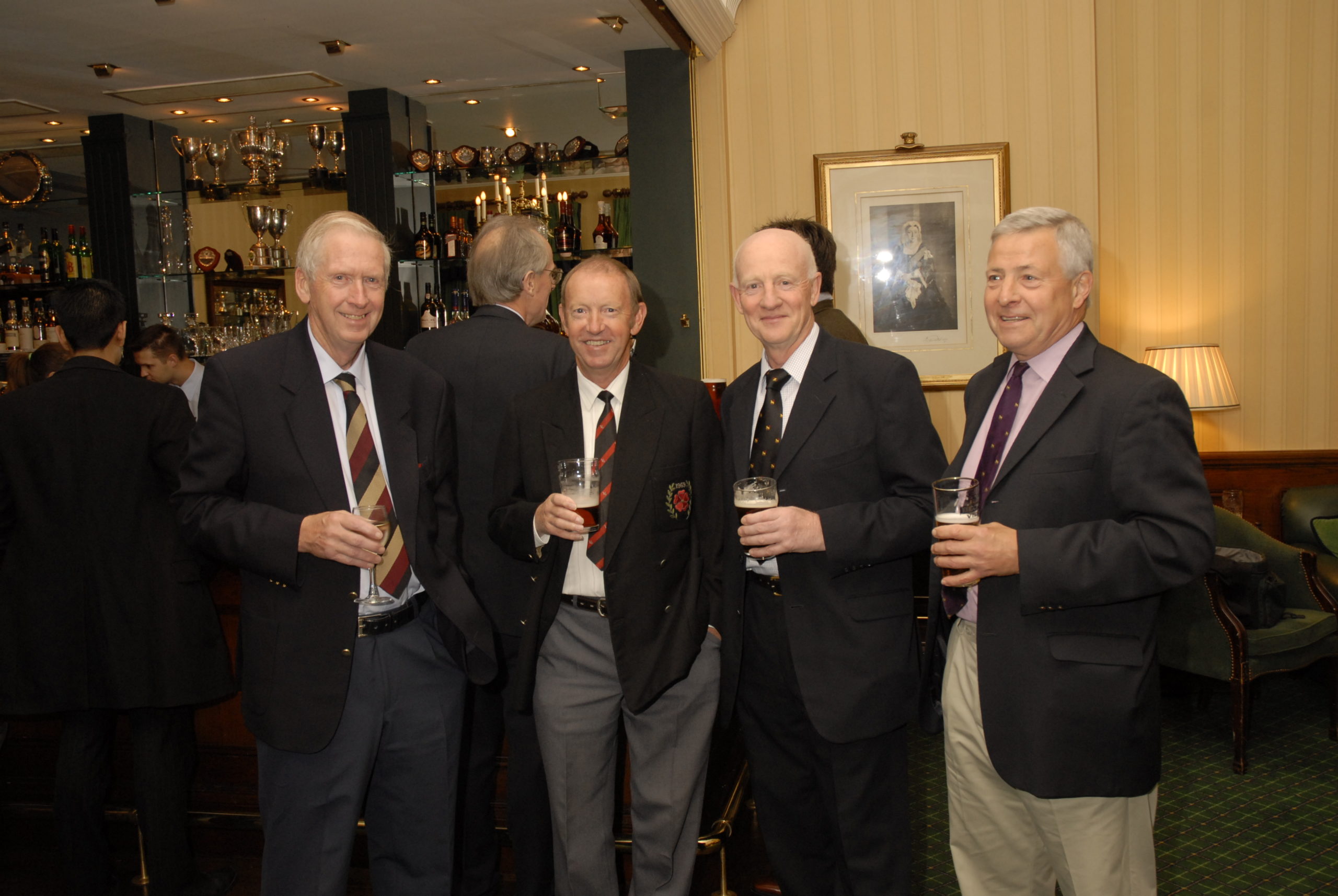 With regards to OMT Fives, Paul was a fine player and had a formidable doubles partnership with Graham Prodger winning many matches against top opposition in England. Graham recalls that he and Paul were complete opposites, and maybe that is why they got on so well. He was an “unconventional” partner for Paul, and they reached the semi-finals of the RFA National Open Doubles competition. He also remembers them playing together against Cambridge University with Richard and Ted Wiles completing a very strong OMT Team. Old Dunstonians were another high-quality opponent against whom he and Paul played together for OMT and much fun was had both in these and other matches, on the court, in the bar afterwards, and on journeys home from them. Paul also played with his OMT Fives colleagues on cricket tours to Corfu and Denmark with a team called The Jaipur Wanderers that was made up of players from OMTCC and West Herts CC that included Graham Prodger, David Cameron, and Richard Bulgin. On the Corfu tour Paul was voted “the palest tourist” – assisted by a large hat and ouzo!!”

He also regularly supported OMTHC from the touchline when both his OMT twin sons Andrew and Christopher (1981-86) played for and captained The Club’s 1st X1 with distinction.

He was a keen golfer and long- term member of Moor Park GC, where he spent years on the Main Board as Financial Director.

Paul will be much missed by OMT Society, OMTCC, OMT Cricketer Cup, OMT Fives, his family, and friends.  He was a true gentleman who was much liked and respected by all who knew him.

(Reproduced by kind permission of The Old Merchant Taylors’ Society)