After a period of some years where one court was used for the storage of theatrical props the College has now restored the two courts to full use. The entrance hall and gallery have been carpeted, display boards and viewing facilities improved and the walls painted black.

See below for a selection of photos 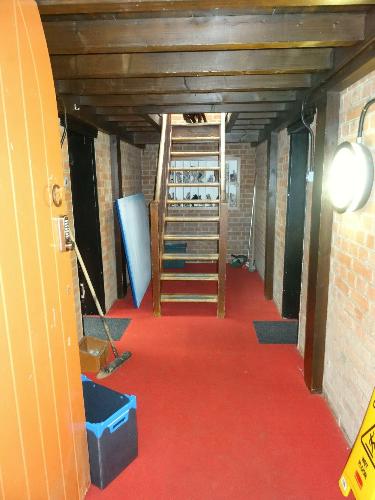 The newly carpeted entrance to the courts at Radley College

A group of Old Radleians, pupils and the master in charge 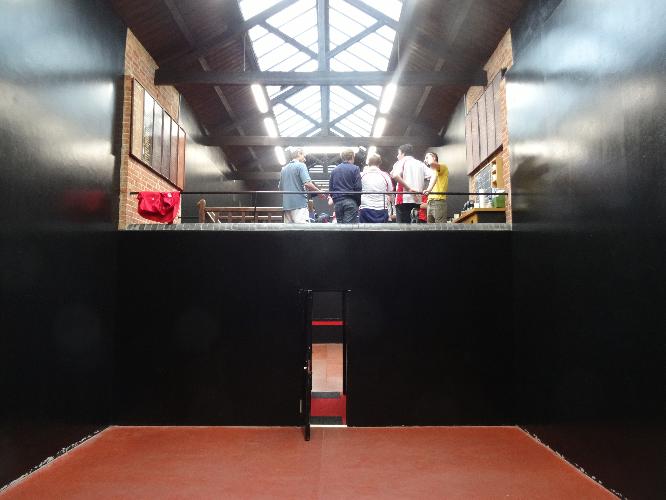