With a late Easter and public examinations looming in England and Scotland there was some worry about potential numbers for this ever more popular event, now in its 10th year, but in the end 9 schools attended, their coaches bringing 63 girls in all. Stamford School competed for the first time with the encouragement of their master-in-charge and the tournament organiser, Alex Smith, and Blundell’s School returned, led by Alexandra Steel. Sadly no Scottish players this year, nor any of the promising contingent from the City of Durham Club. What we wouldn’t give for a suite of 4 or more courts north of London to facilitate a truly national entry!

The U18 competition was small, featuring players from Bedford Modern, Rugby and Marlborough only. The Singles final was an all-BMS affair, with Katie Sumner holding off her partner and good friend Maddie Kent. These two then came up, in the Doubles final, against Lena Barton and Kirsten Bell from Marlborough, who had beaten them in the final of the U16s last year — and history repeated itself. Perhaps these four will meet for a third time next year! The Doubles Plate, donated by Malvern 3 years ago, went to Rugby for the third year in a row; the non-existent Singles Plate went to Lena, whose parents promptly offered to donate one. All 8 players involved will receive Women’s Ranking points for their participation in this event.

The U16s were, not surprisingly, dominated by Alleyn’s, even though the winning Doubles pair, Martha Nugent and Claudia Davey, are actually U15 and U13 respectively. Martha won the Singles against her former partner Katie Innes; then Lucie Arie paired up with Katie for the all-Alleyn’s Doubles final to complete the domination of the South East Londoners. Not to be totally outdone, Marlborough provided both players in the Singles Plate final, while in the Doubles Plate Christ’s Hospital edged past the Eastbourne pair, a first success for newly installed CH coach Bart Callaghan and a disappointment for the Eastbourne duo of Kathleen Briedenhann and Simon Beal.

A large entry in the U14s necessitated some creative thinking to complete play before dark, so games were shortened by the flexible use of ‘American scoring’. At the end of several hours of play, masterminded largely by Chris Thomas, medals of various hues — and their accompanying cups and plates — were won by players from Marlborough, Eastbourne, Malvern and Stamford. Some of these youngsters had been playing for only a very short time but have already reached a commendable standard — we look forward to seeing them back again next year.

The same applies, and more so, to the entrants in the U13 category, though Claudia Davey from Alleyn’s, who successfully defended her Singles title, now almost counts as a veteran. The beginners from Blundell’s, Malvern and Alleyn’s who made up the rest of the entry threw themselves into the competition with gusto.

A demanding day, some lengthy journeys ahead but a general feeling of achievement and success. The RFA’s thanks to Marlborough College and Tom Kiggell as ever, to the providers of Cup Cakes for Charity, and to Alex Smith for ten years of service to schoolgirls’ Fives.

Alex writes: “It has been a fantastic privilege running the National School Girls’ Tournament for the past ten years, with the help of many other enthusiasts. Many of the girls who started competitive Fives in this tournament have gone on to play in adult tournaments at a high level, and I look forward to seeing the tournament continue to grow in strength.

This year was notable for having a very strong field in all age groups, and I think that the younger age groups are now playing at a very competitive level, to match the senior age groups. Each year the strength in depth of players across the draw is improving.

I thought the girls showed impressive tenacity and skill throughout a long day, a testament to their enthusiasm and the dedication of their coaches.

I am very grateful to the coaches and players from all the schools for making the day such great fun to participate in, and to Bob Dolby for supporting us from the start and compiling the scores and report.” 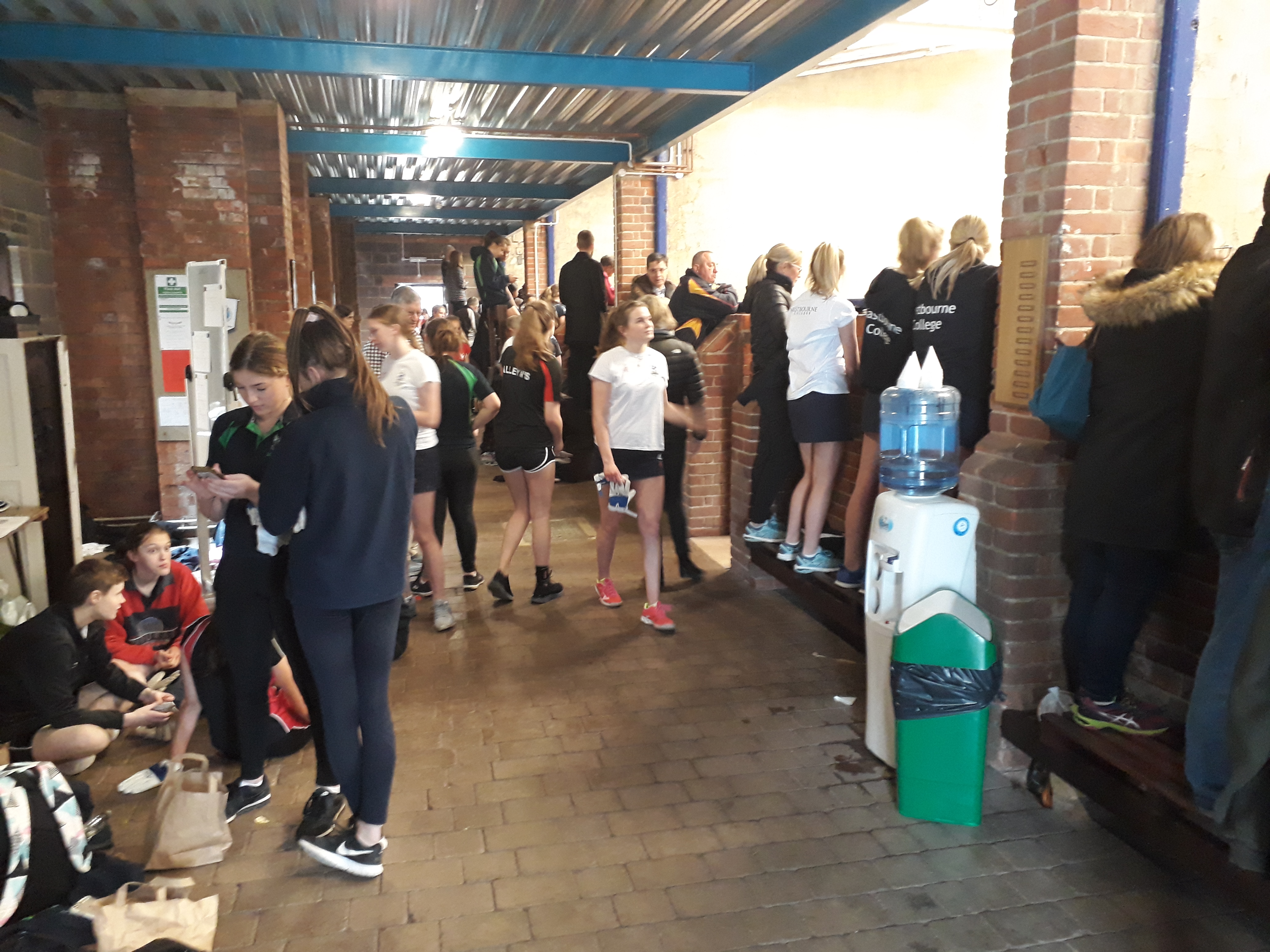 A full house for a full day’s play 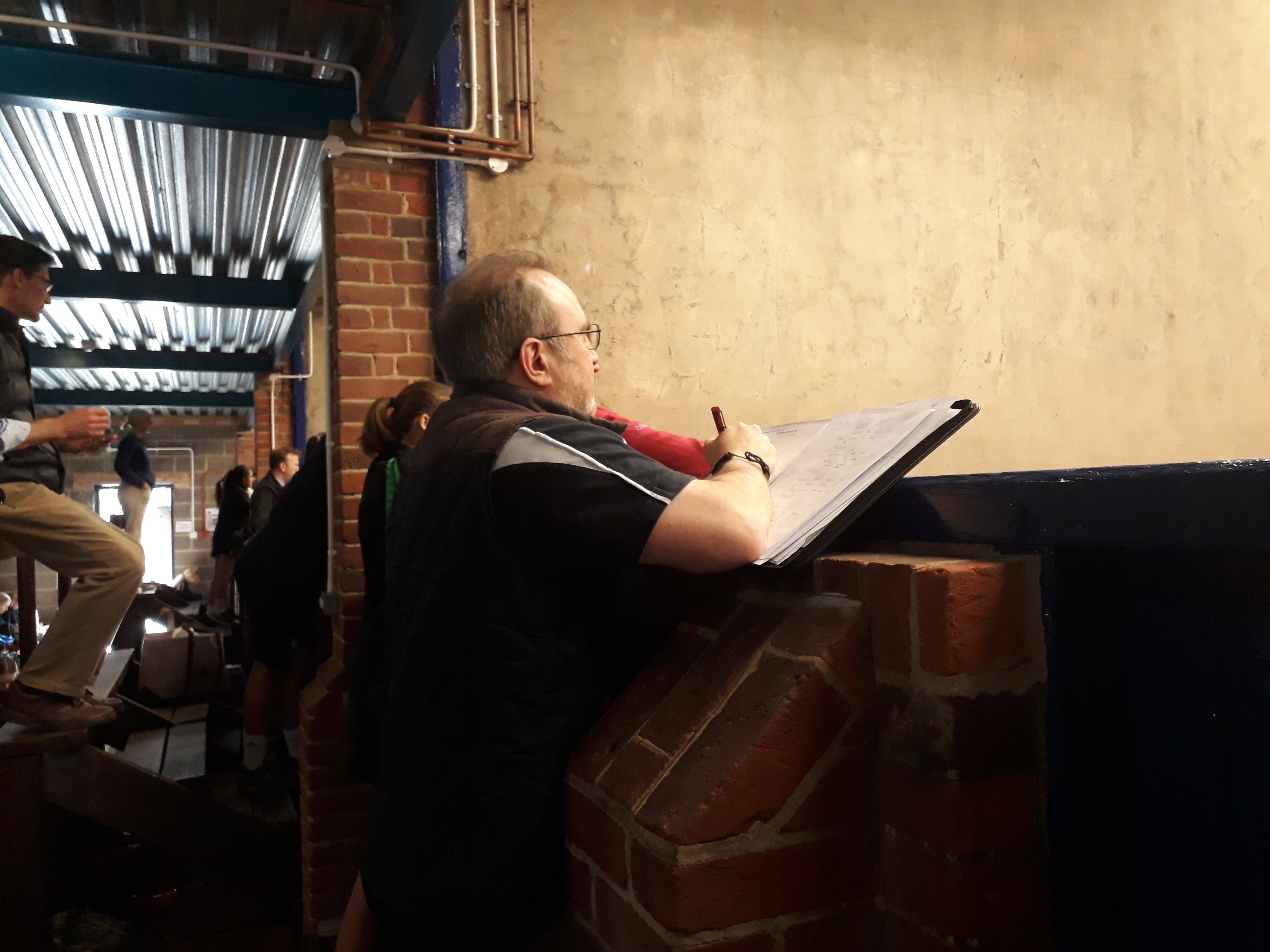 The mastermind at work! 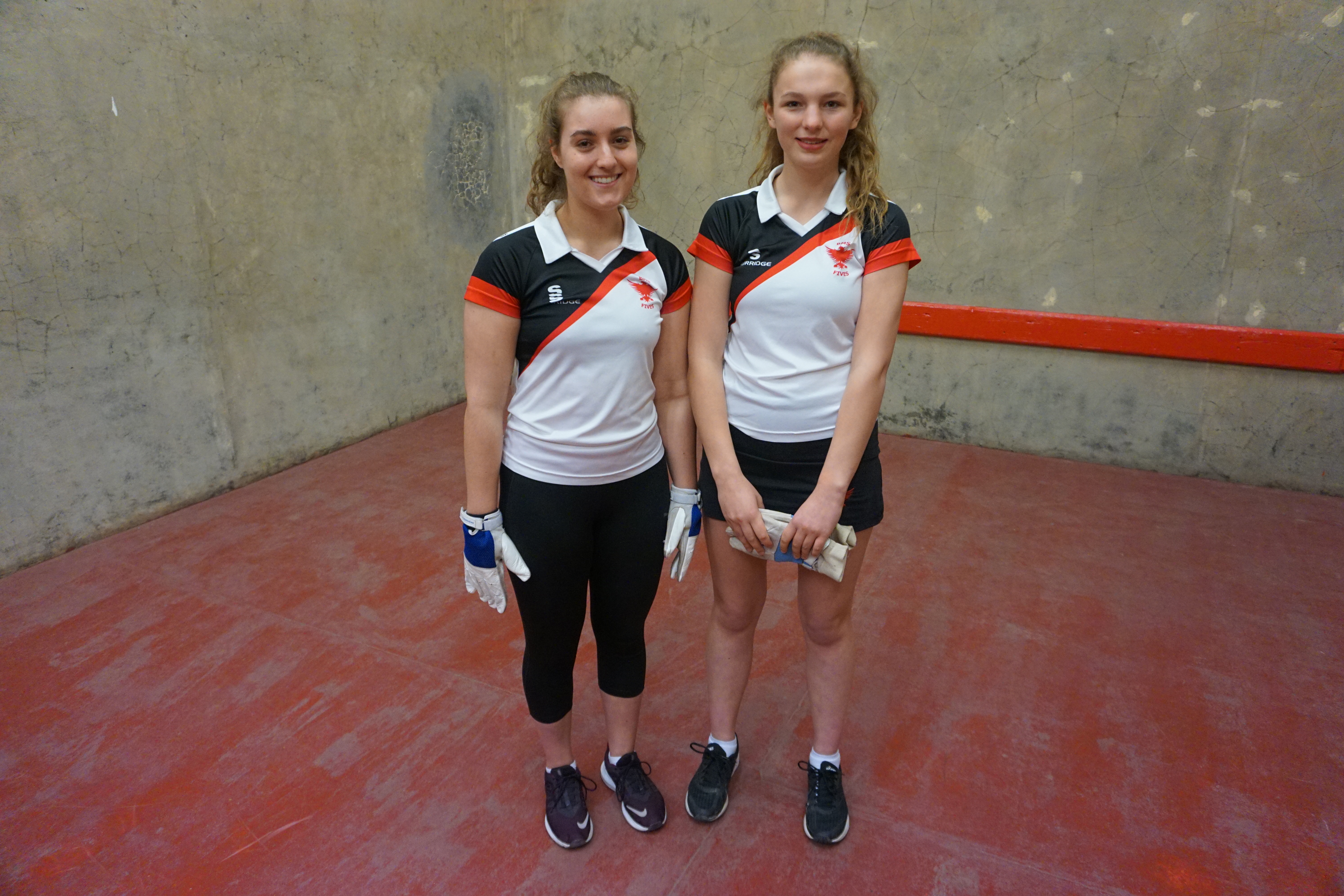 The U18 Singles finalists 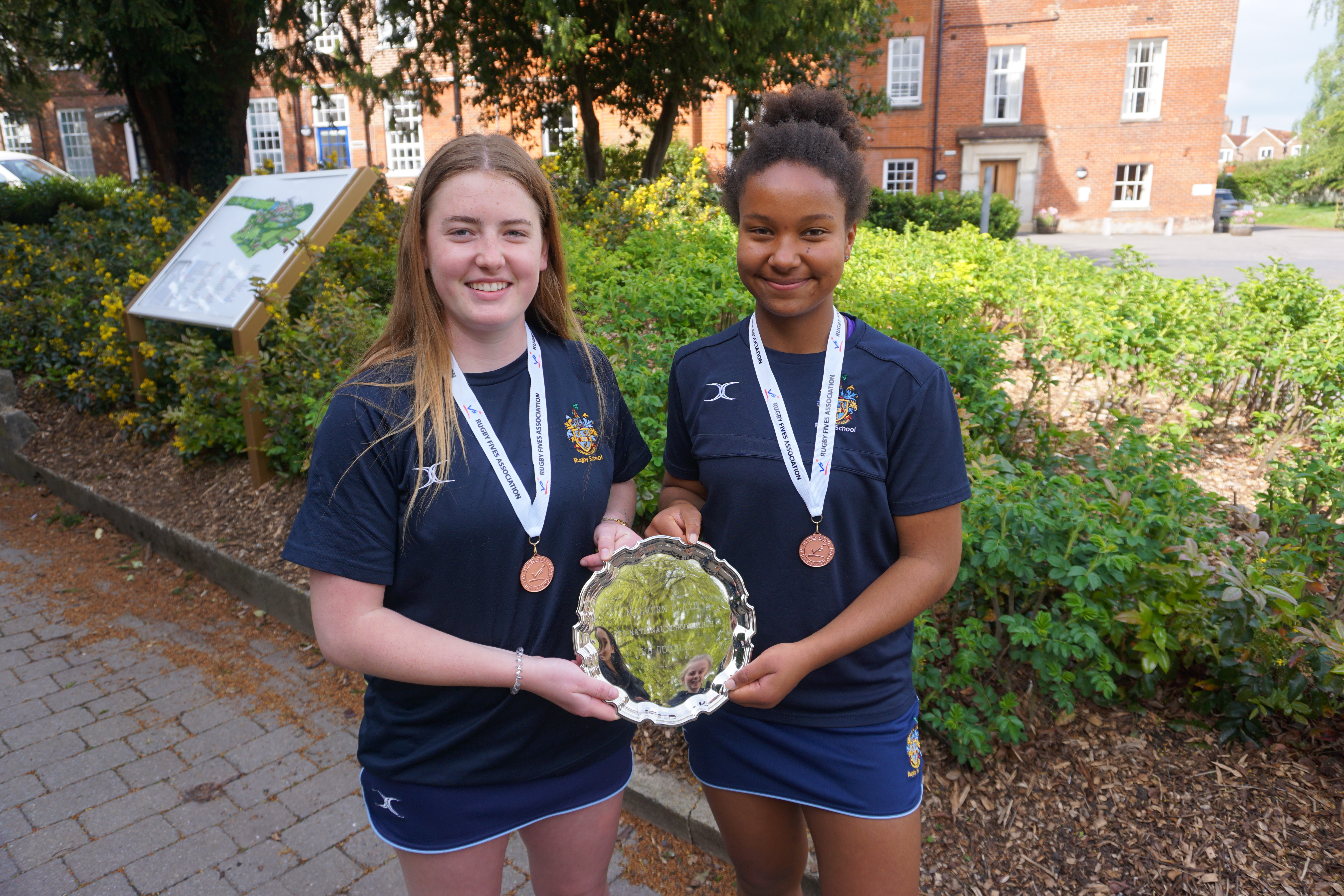 Back to Rugby for the third year in a row! 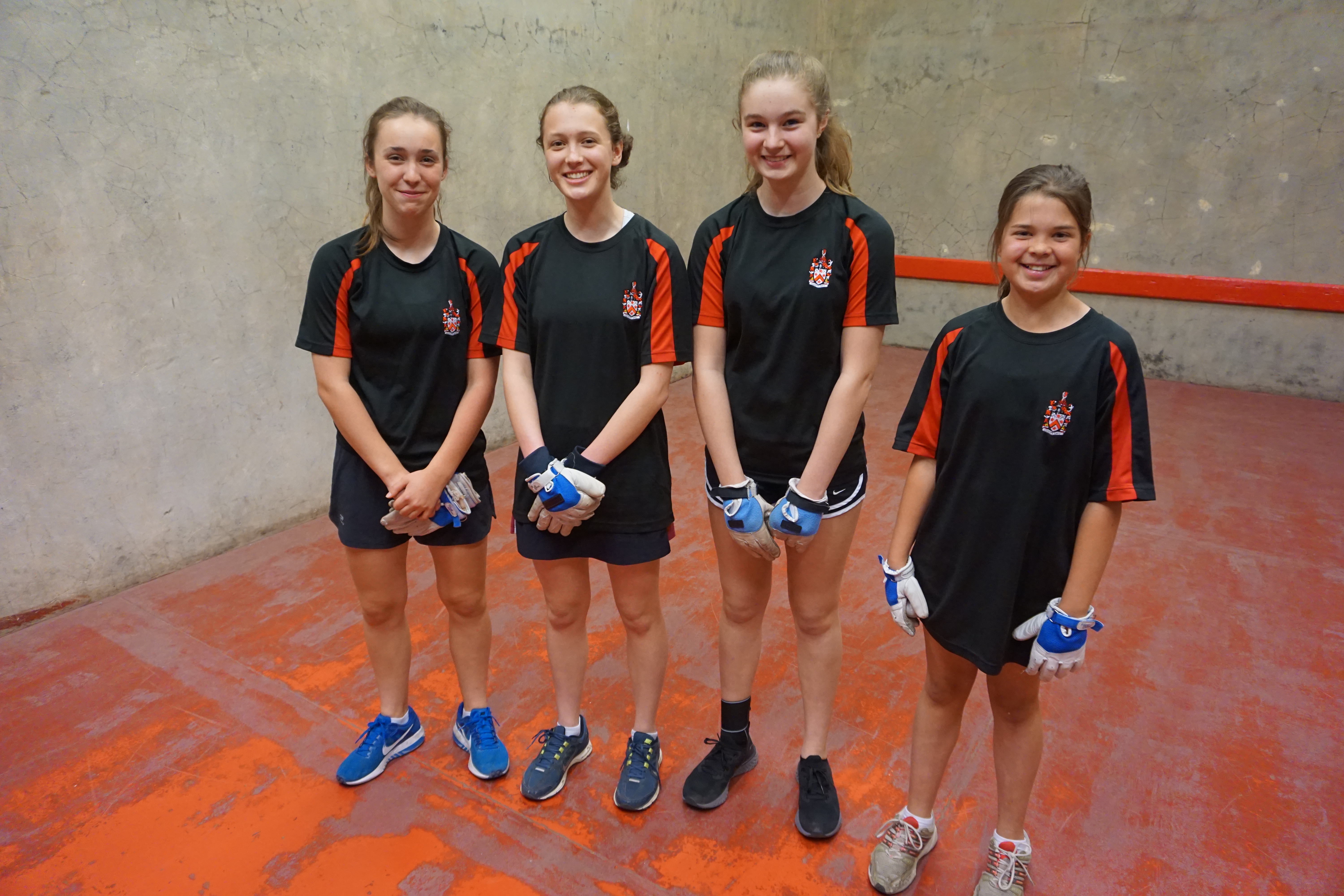 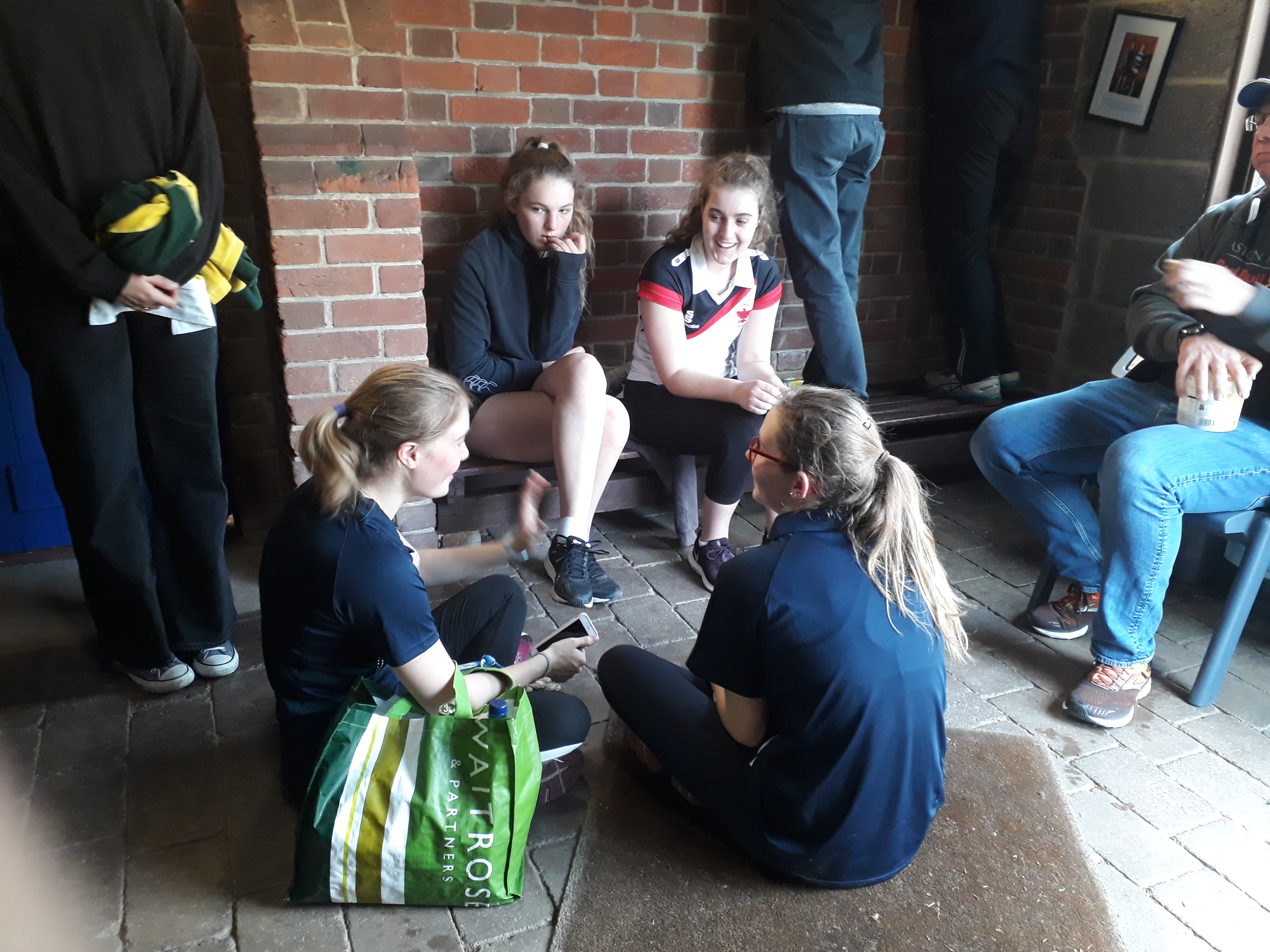 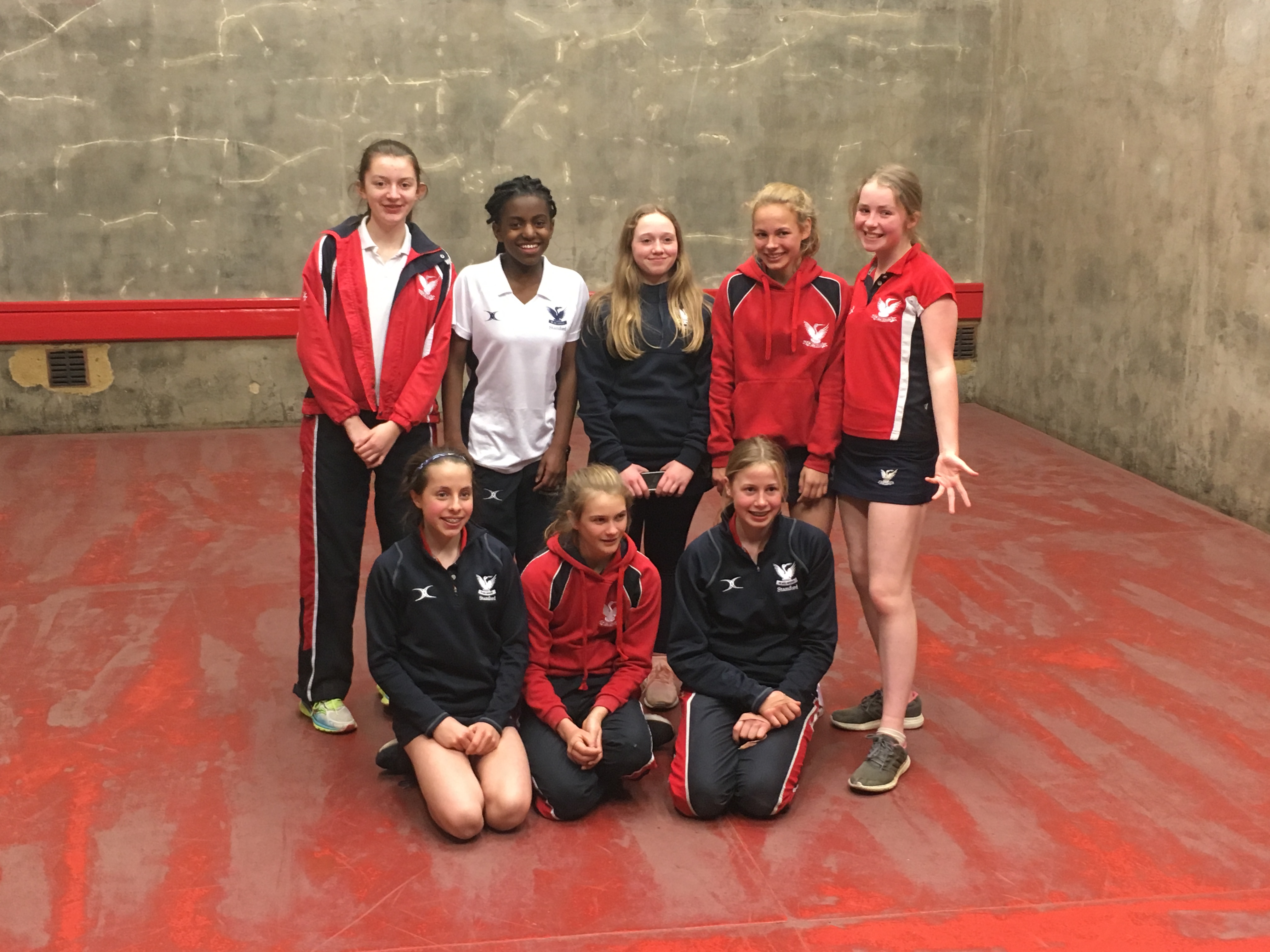 First competition for the Stamford girls 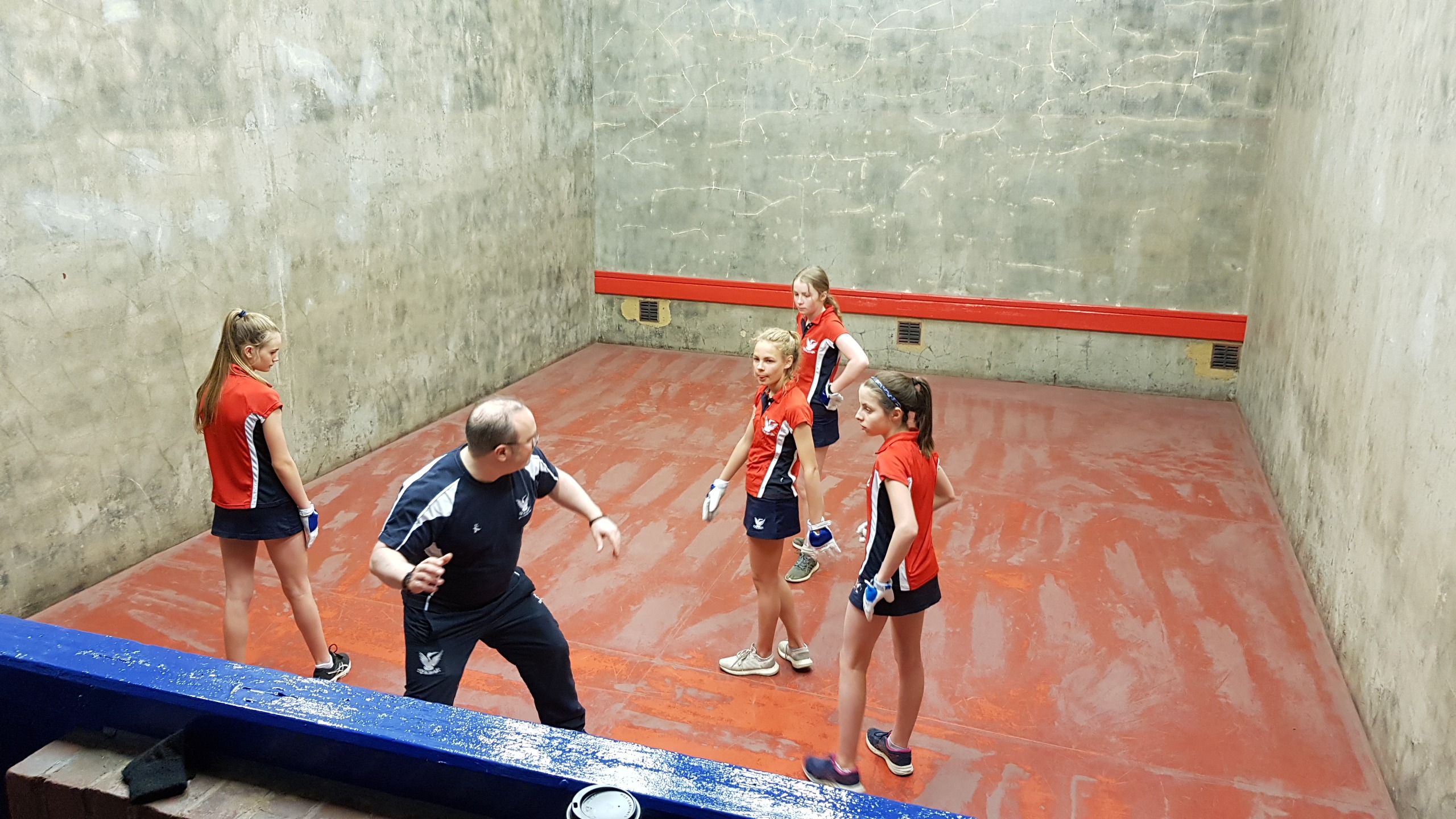 “This is how you do it!” says Mr Smith 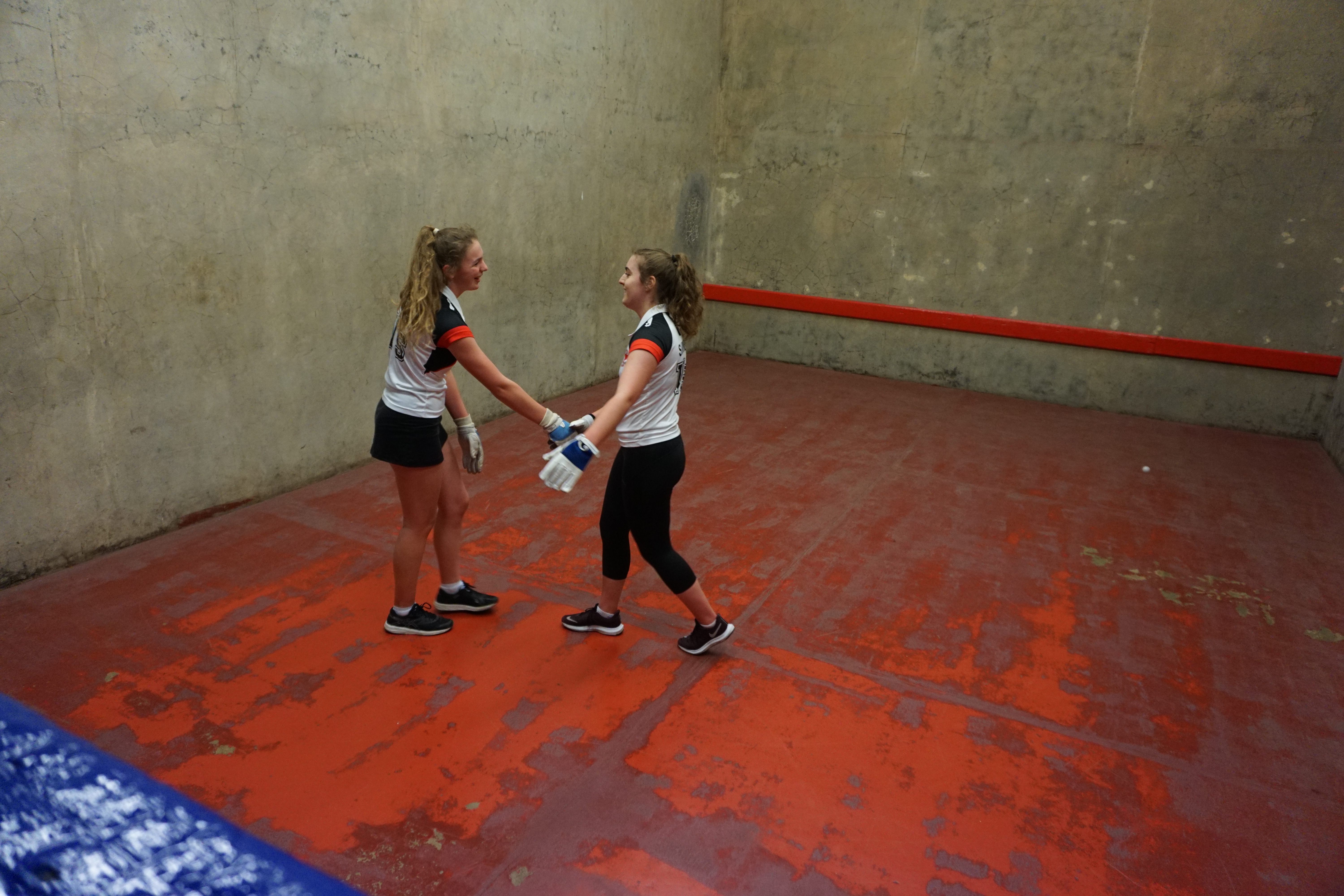 The spirit of Fives