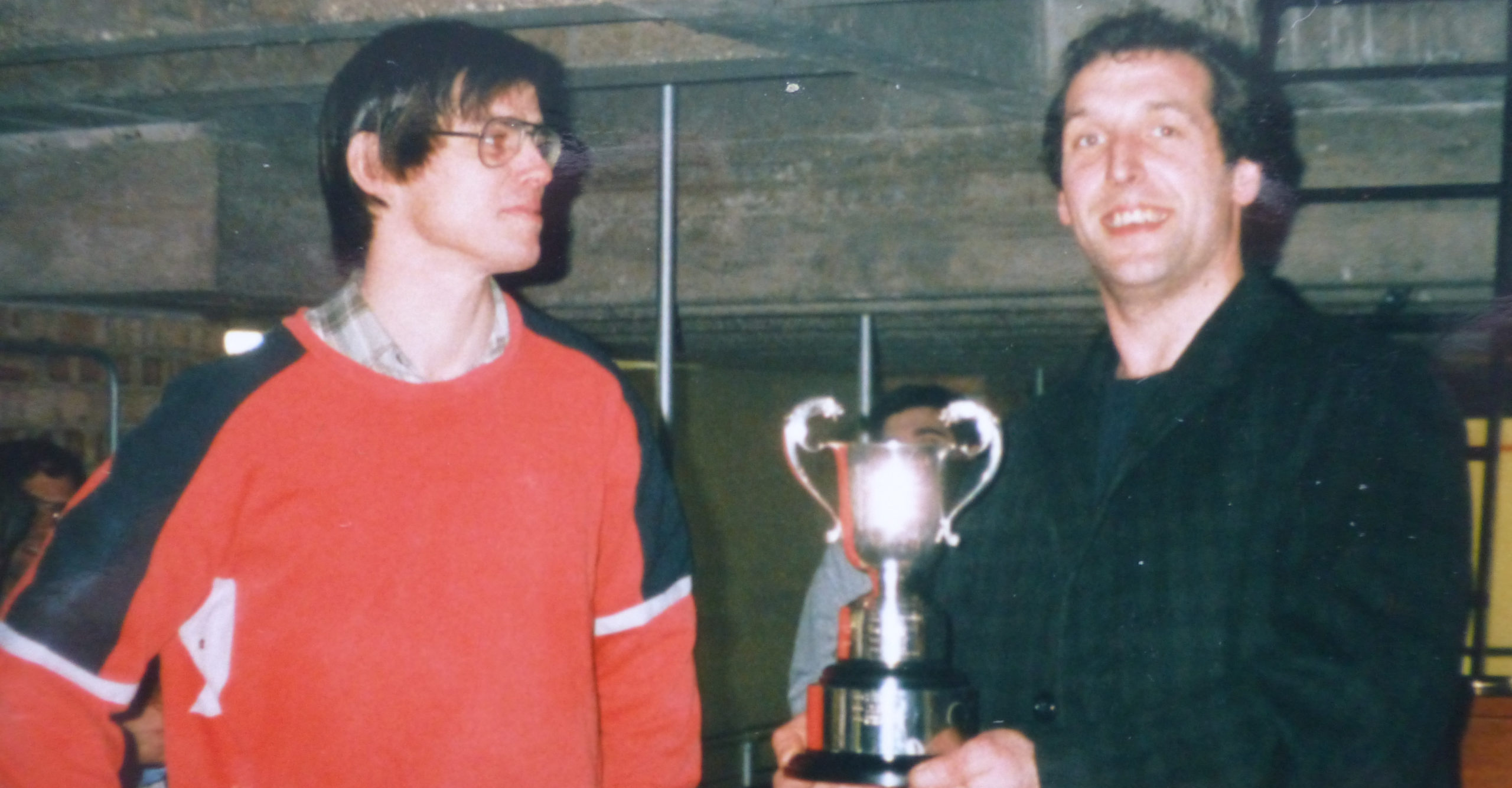 RFA members, particularly those who knew him from his RFA Club days, will be shocked and saddened to hear of the death on January 25th of Reeve Wood, son of Tom and Joan and Honorary Secretary of the RFA Club from 1991-95.

Reeve was only 60 but had been undergoing treatment for a brain tumour diagnosed nearly a year ago. He and his wife Reggie celebrated their 25th wedding anniversary in November and had lived in County Wexford in Ireland for the past sixteen years.

Reeve greatly enjoyed his fives – he was a President’s Cup winner in 1987 with Jeremy Schroeter – and his huge loyalty to his parents was shown by his willingness to go on safari to play fives across Britain and in the USA, and by assuming responsibility for the RFA Club in 1991.

He helped Reggie and his sister Cherry to achieve a good standard of fives, too: they had success in both a National and a Winchester Ladies’ Doubles. Reeve and Reggie won the Winchester Mixed Doubles in 1998, the second husband-and-wife team to do so, following their great friends Keith and Mary Love. 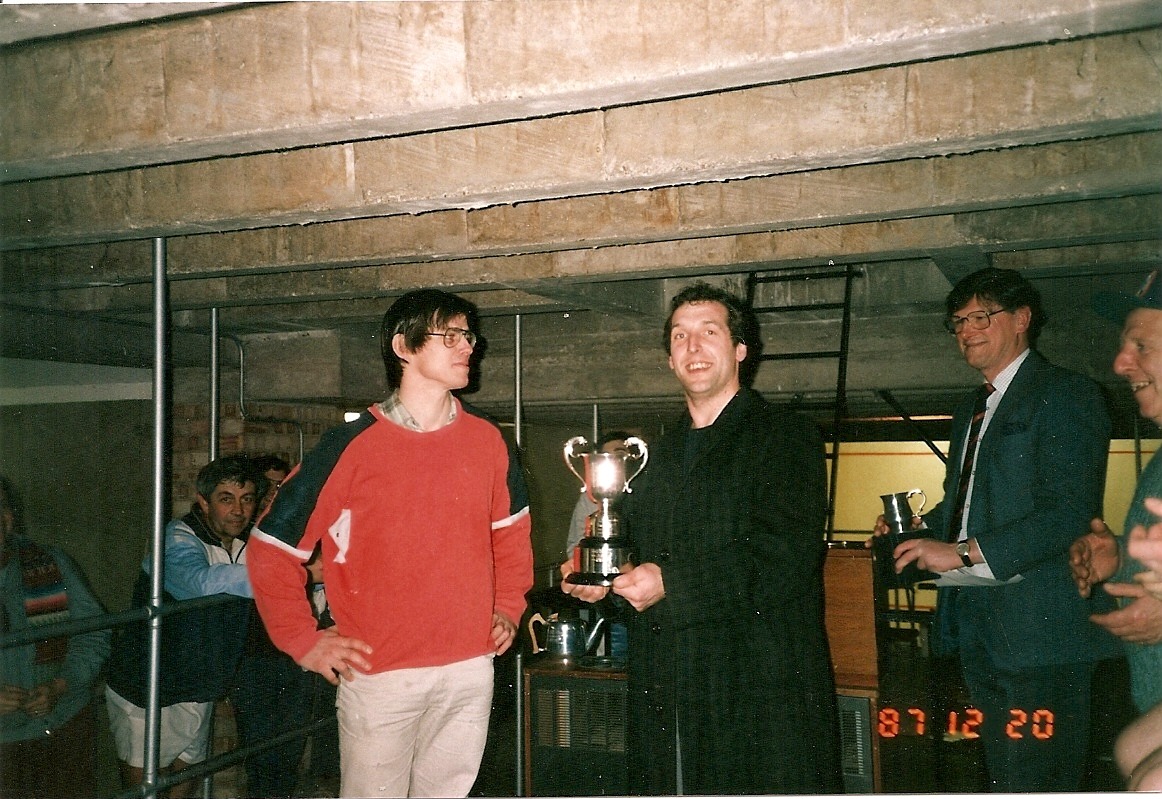 Jeremy Schroeter and Reeve Wood (r) with the President’s Cup in 1987. Rick Wilson, Alastair Mackenzie and Tom Wood look on