We are delighted to report the success of an inaugural Doubles championship for Scottish Schoolgirls. 8 pairs contested the event, which was held on the courts of Fettes College. The competition was won by the 1st Pair from Edinburgh Academy, Meryl Smith & Olivia Tofts, who beat the Fettes top pair in a well fought three-game final.

The first ever playing of this competition saw eight pairs from three schools and one club take part in what proved to be a superb evening of high quality, competitive and entertaining Fives.

Edinburgh Academy and Fettes College each entered three pairs, Loretto School one and a scratch pair represented the Caledonian Club. The semi-finals saw two Academy/Fettes contests, while the Plate competition ended in a match between the Caley Club duo and a young 3rd pair from the Academy

In the final of the main competition the Academy pair of Meryl Smith & Olivia Tofts got off to a slow start in the first game against the Fettes 1st pair but came back to level the match at 1-all. Then with the score at 6-3 to the Academy one of the Fettes players hurt her ankle and was unable to continue. Rather than the game end in a retirement a replacement took her place so as to enable the match to be played to a finish. The Academy pair won 11-3 and thus became the inaugural winners of this new trophy.

Massive thanks to Richie Murby, who helped in organising the competition and continues to spend so much time boosting the popularity of our sport for both girls and boys north of the border! 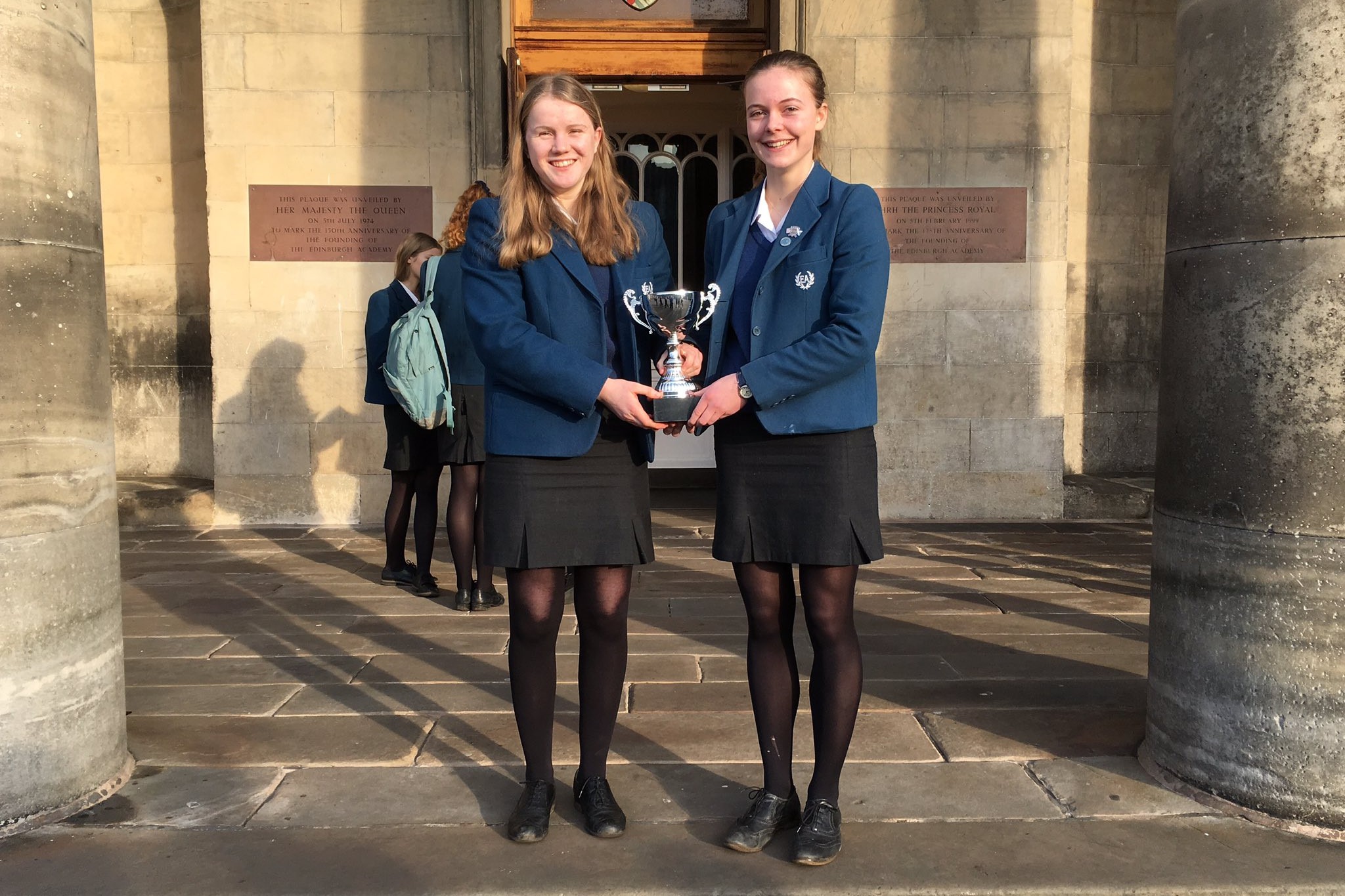 The proud winners with their trophy 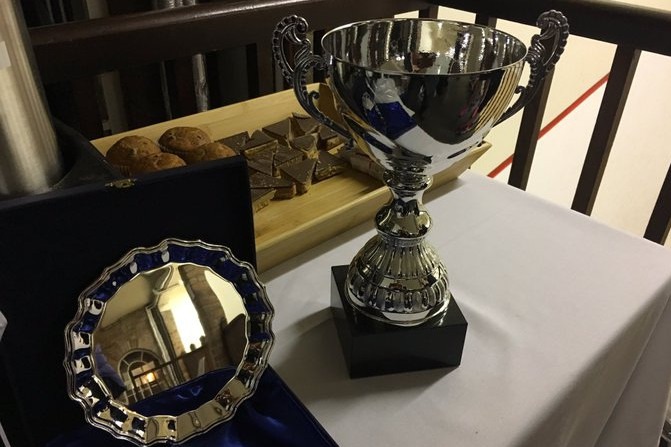 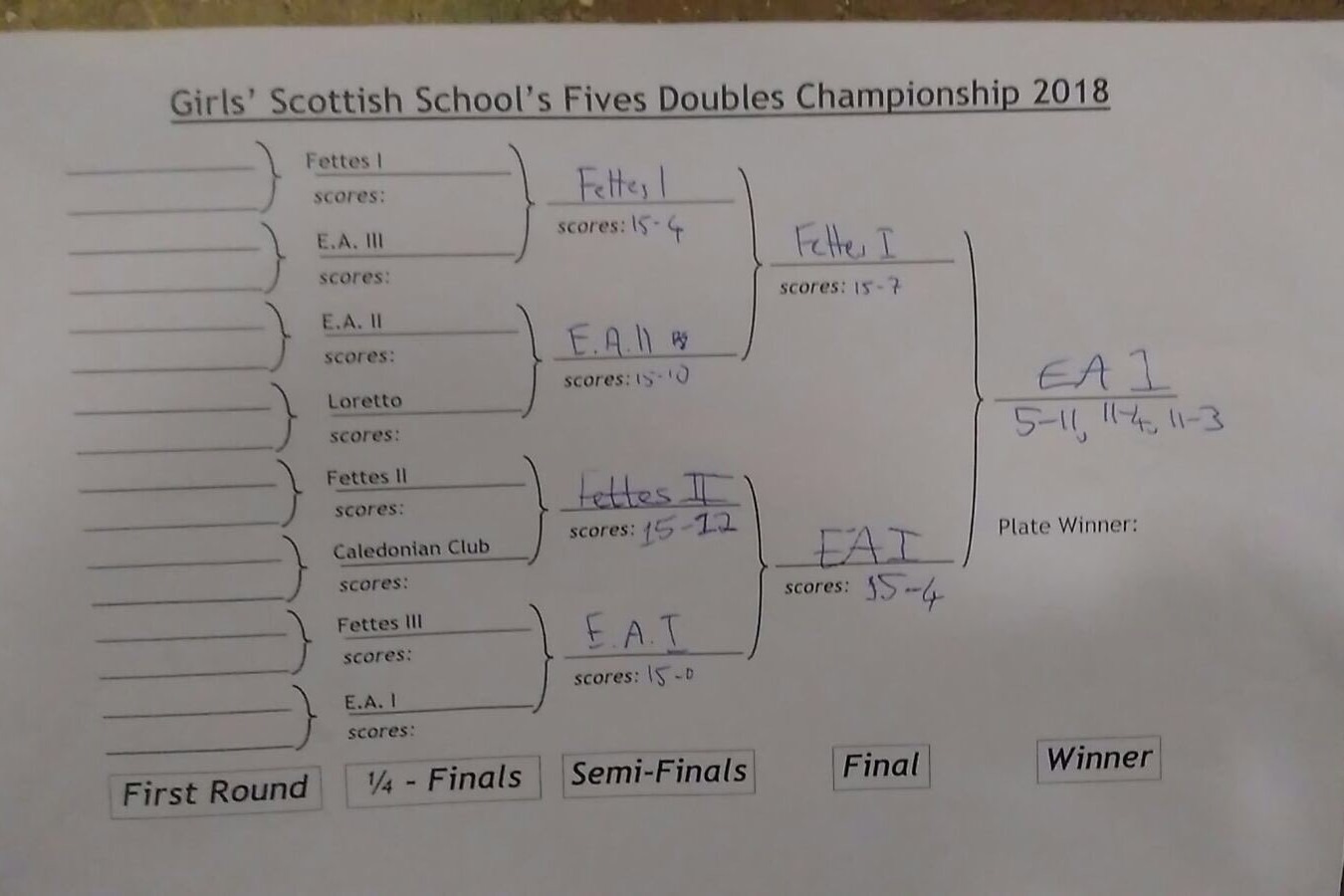 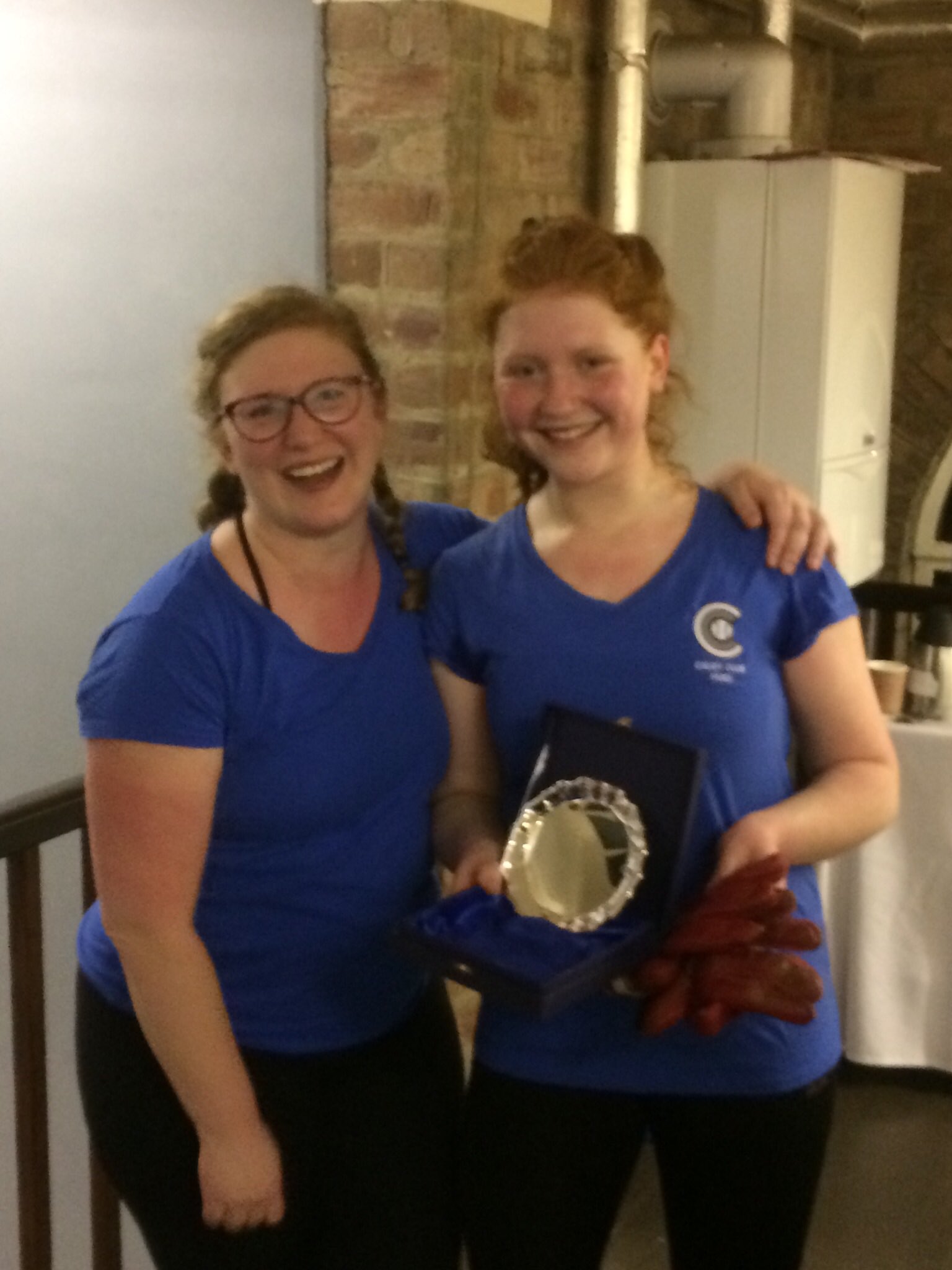 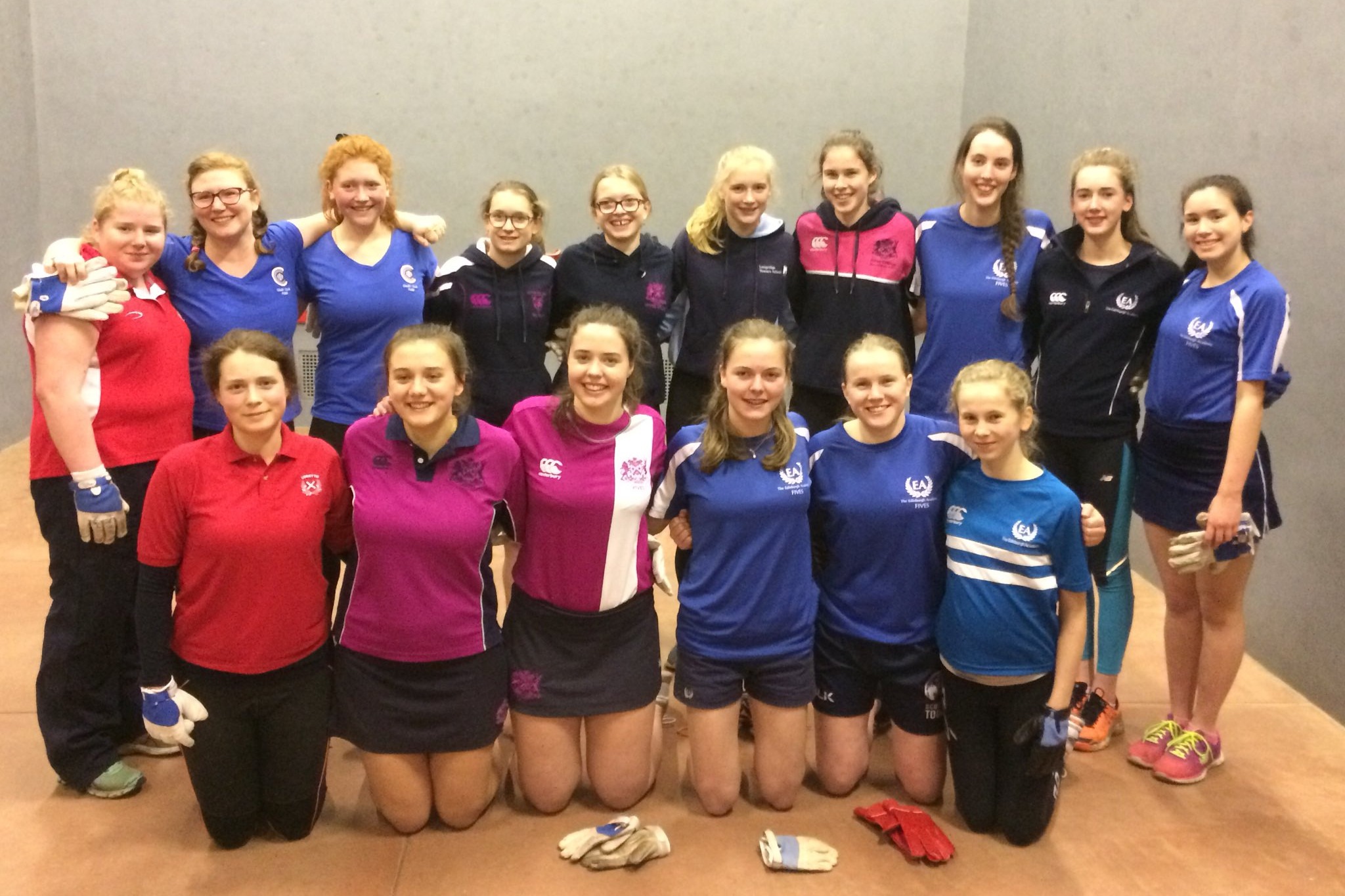