Postponed from the snowy days of February this event coincided with a freezing and windy day in April. However, Messrs Croker, Dolby, Kay, Kirby and White, along with the Sumner parents, are a hardy lot and, quite apart from some excellent fives played out on the two sites, much enjoyed a visit from an ever-smiling Phil Smith who was delighted to see some of his former charges at Bedford Modern School performing so well.

A healthy entry for the U18 section at BMS went largely to plan, with the substantial contingent from the home school dominating proceedings in the Singles and Doubles. Indeed defending champion Joe Sumner carried off the Cooper Cup, defeating his partner Olly Colbert in the final, before the two of them went on to win the Doubles once more, this time in an internal battle with fellow leavers, George Larrington and Nishant Pradhan. The Plates however, both went to Rugby who duly decided to play the all-Rugby Singles final a few days later on their warmer home courts — result to be announced. Derby Moor had just the one player in this category this year, but the competition was graced by Katie Sumner and Maddie Kent from BMS, fresh from success at the Schoolgirls’ championships.

Down at Bedford School a small entry this year for the U15s produced some heartening fives, especially in an exciting Singles final between A.R. from Derby Moor and Archie Gibbs from Rugby. The score 9-11, 12-10, 11-7 to the Derby Moor player gives an idea of the closeness of the contest, which was fought out in impeccable sporting fashion. As indeed were all contests. Archie got his revenge in the Doubles, where he and his partner Jamie Langham beat the Derby Moor pair first pair in another close match, while Derby Moor II picked up the Plate. The joy all these young players showed in winning their first piece of silverware vindicates the local decision to stage an U15 contest rather than an U16 one — doubtless they will all be back for more next year, including one promising player from BMS who was two years young. 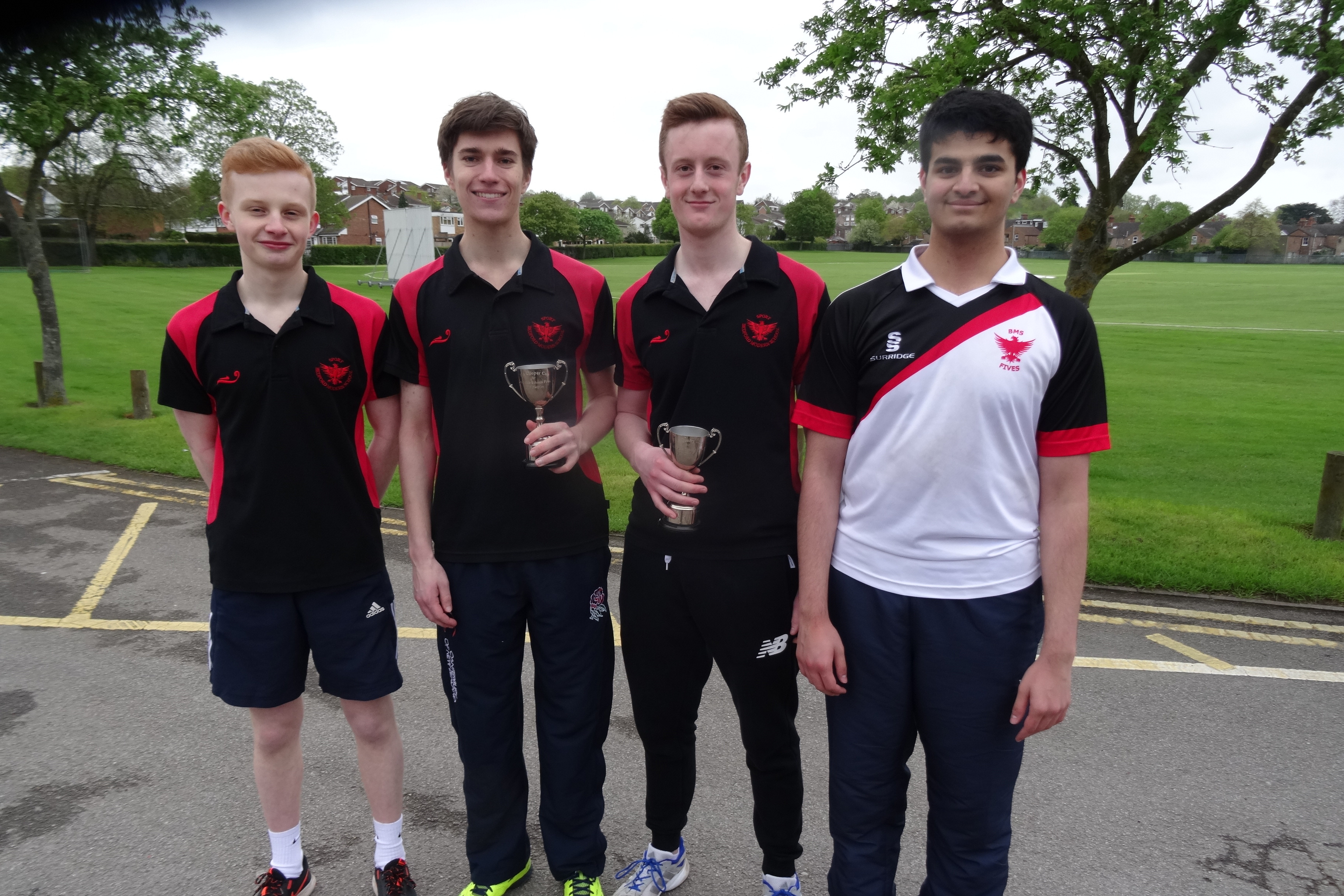 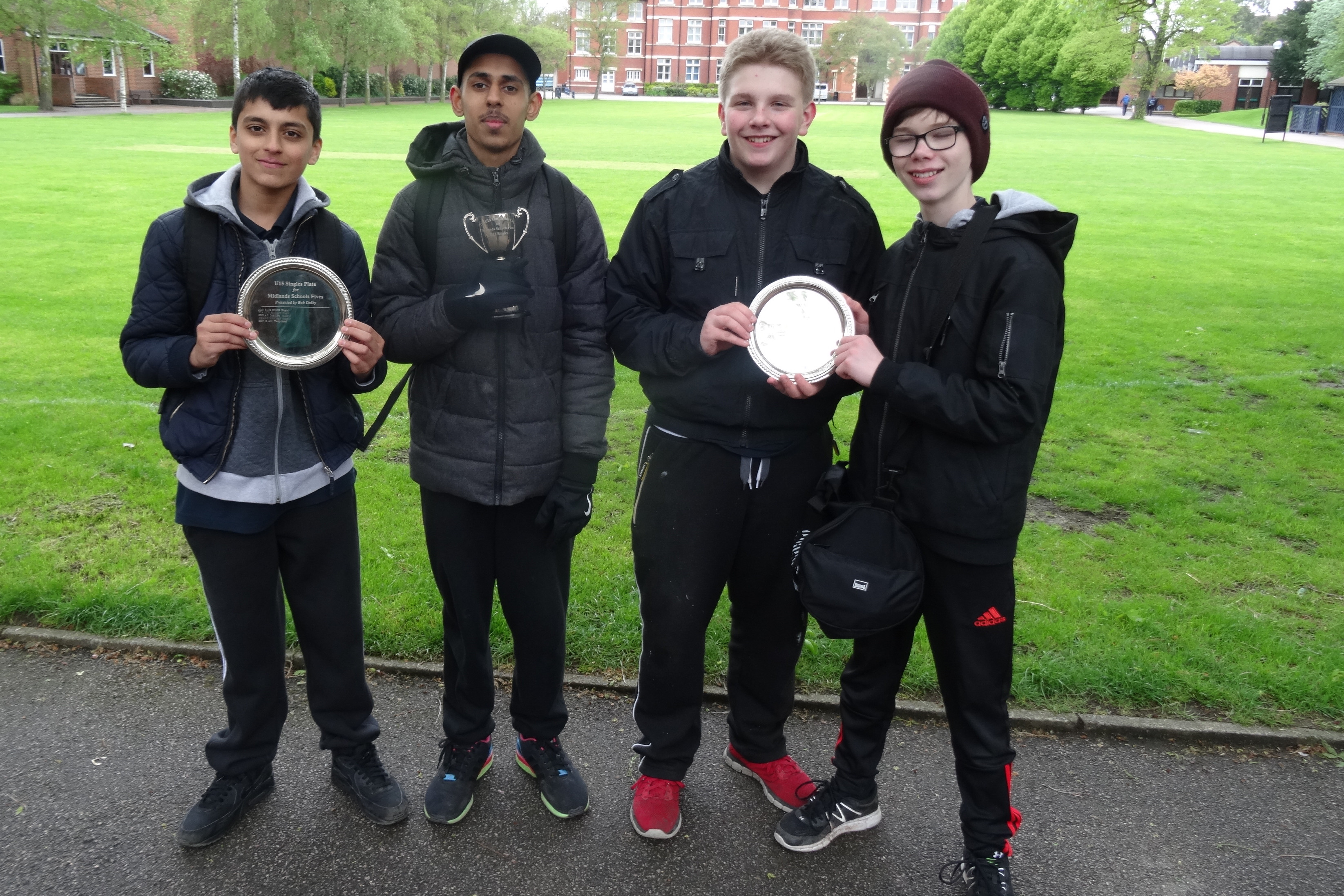 Derby Moor with their silverware