Host Ian Jackson reports:  The South East Regional Schools’ Championships took place at Tonbridge School this year.  Slightly sweating courts at 10.30am soon dried and a full day of Fives followed in some glorious early spring sunshine in the afternoon.  As well as the usual entries from Tonbridge, Christ’s Hospital, Whitgift and Eastbourne, it was great to welcome a first player from St. Olave’s.  Under the new leadership of Mat Francis, we hope to welcome St. Dunstan’s College back again for the 2021 championship. In total 51 singles matches and 18 doubles matches were played.

All groups in the singles went to seeding, leaving three Tonbridgians and Murray Dare from Christ’s Hospital in the senior semi-finals and Tonbridge, St. Olave’s and Christ’s Hospital in the Colts.  Dare gradually saw off the Tonbridge threat in the seniors, returning everything and keeping up the pressure with both hands.  In the Juniors there was a tight semi-final between the two top U15 players, with Freudenheim coming out on top against Nsenga from St. Olave’s.  Freudenheim pushed his doubles partner Hudson hard in the final and, although both players got nervous at the end, it was a very competitive match.  The seven courts at Tonbridge allowed for both a first and second plate and these were well contested at both age groups, with worthy winners in all cases.

The doubles saw some superbly competitive games and five out of the twelve matches at both levels in the main competitions went to three games.  Tonbridge II, having been taken to three games by Whitgift in the first round, then caused the biggest upset of the day in the semi-finals, knocking out number one seeds and defending champions from Christ’s Hospital.  Sadly, they could not quite sustain that form in the final, losing to the top Tonbridge pair.  In the juniors the scratch pair of Nsenga from St. Olave’s and the Tonbridge number five nearly caused an even bigger upset when they took a game off Tonbridge I in the semi-final but then faded in the final game.  The final saw some good resistance from Christ’s Hospital but they could not match Tonbridge’s fire power from both sides of the court. 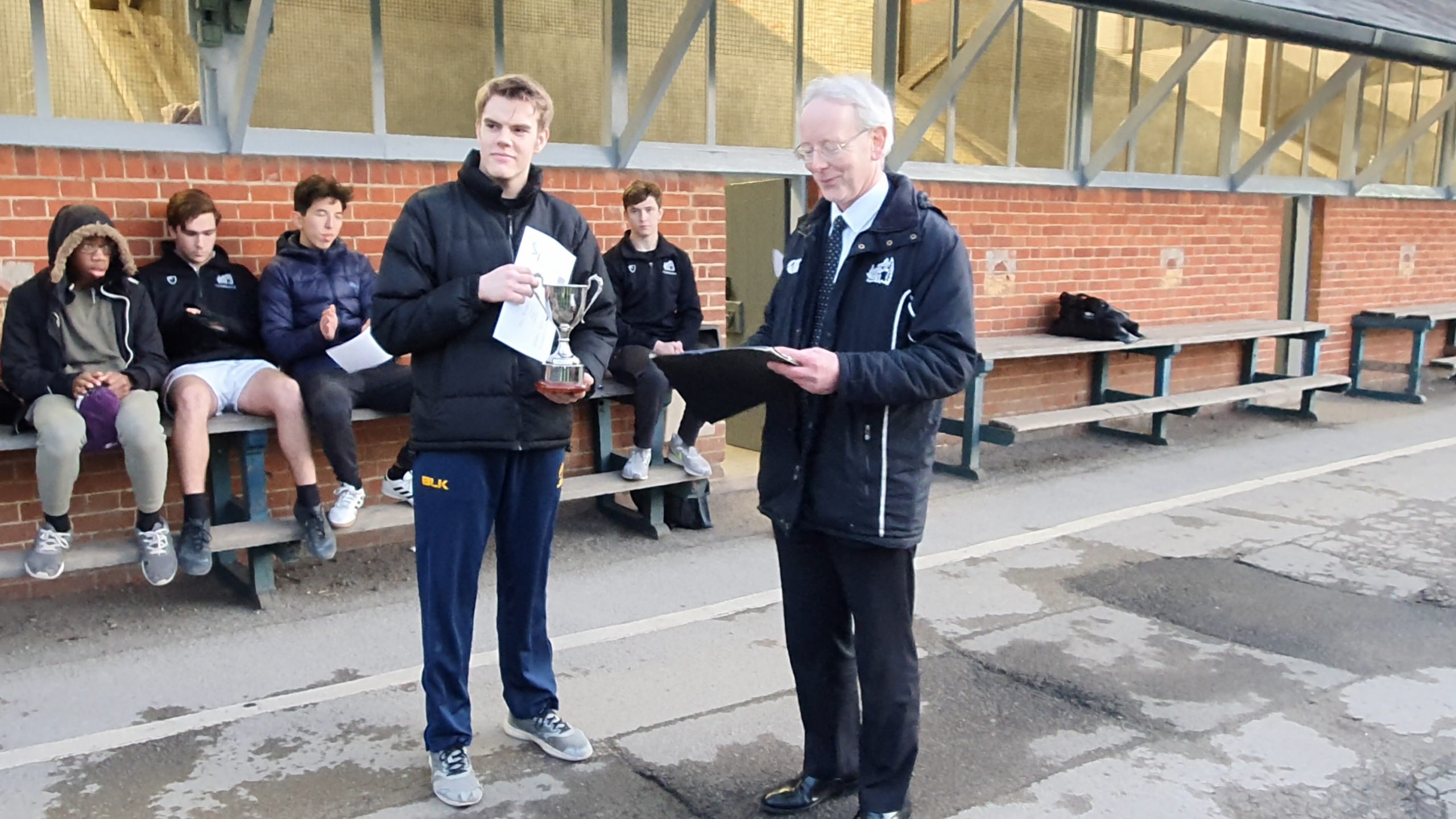 The U18 Singles champion from Christ’s Hospital 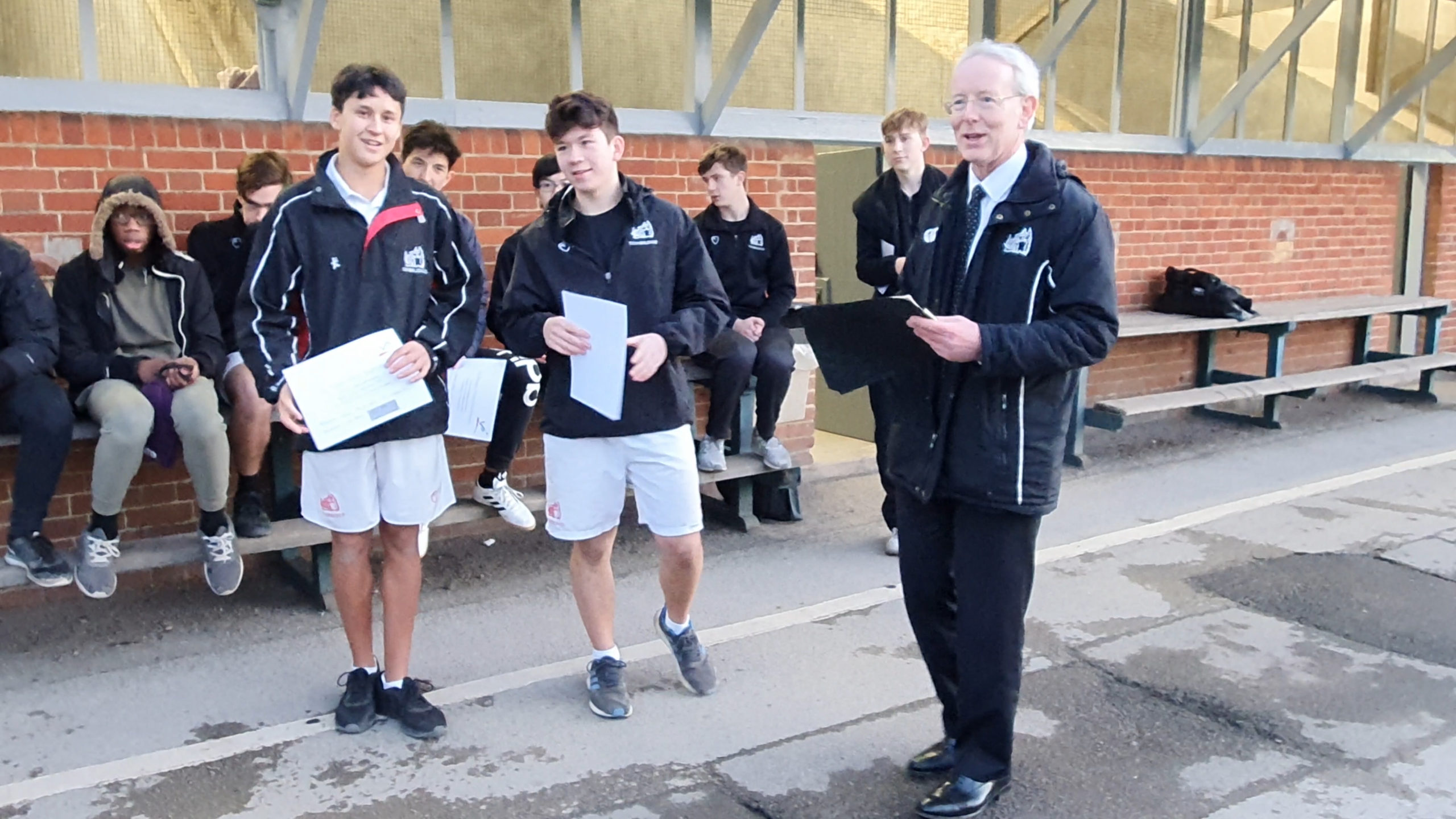 The senior Tonbridge pair pick up the U18 Doubles title 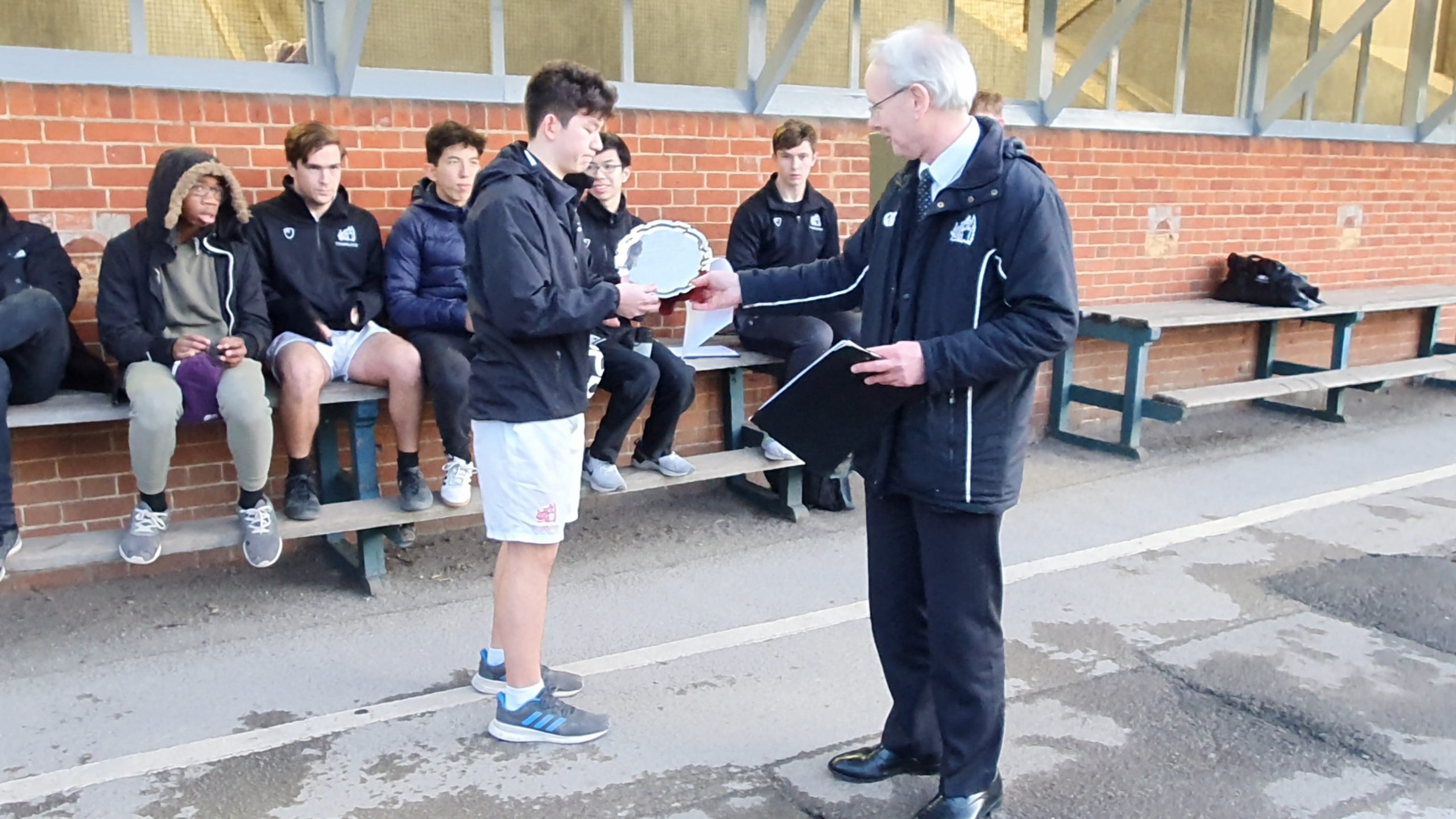 The Stan Holt Plate for U18 Singles goes to Tonbridge 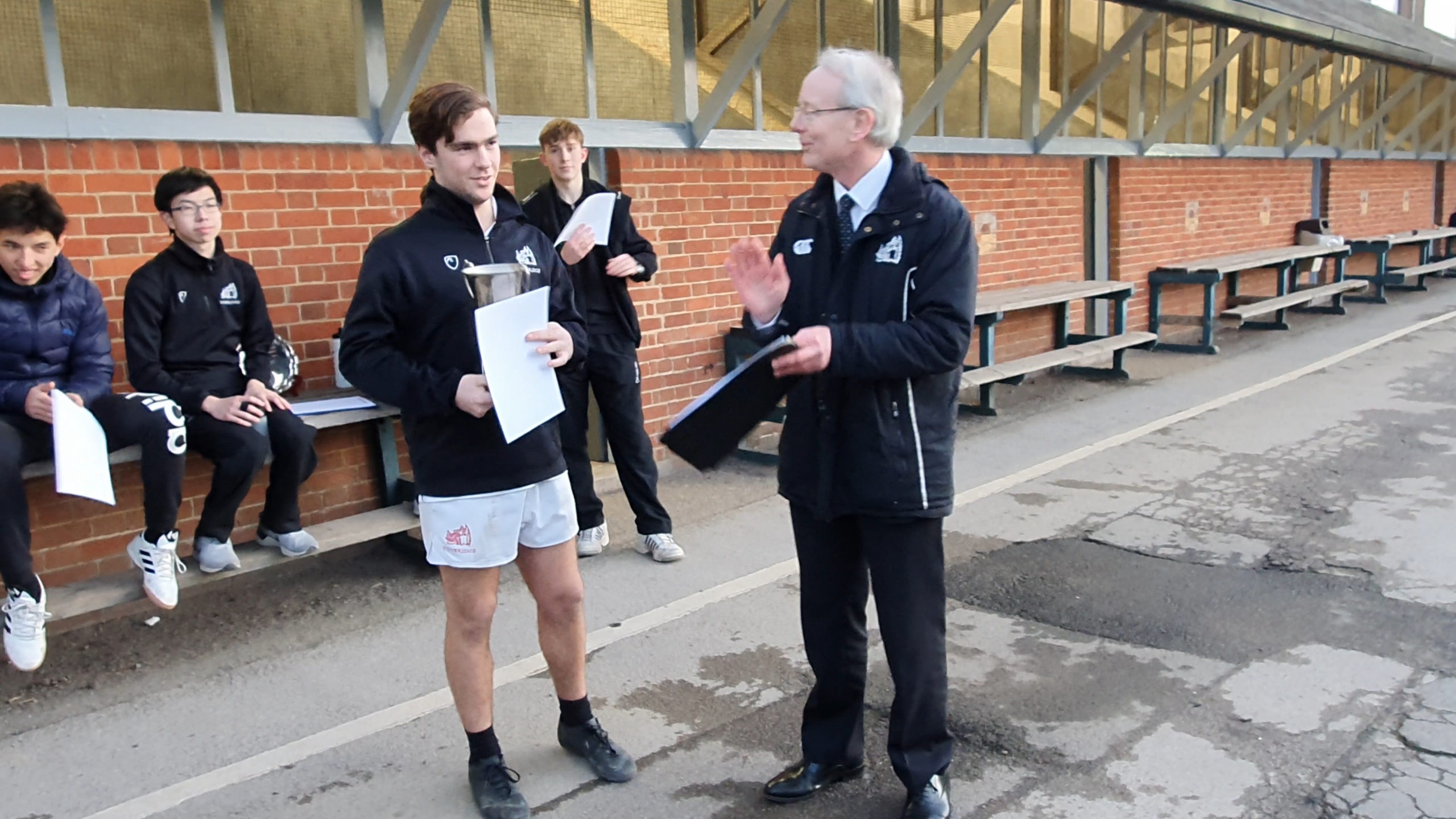 The U16 Singles champion from Tonbridge …. 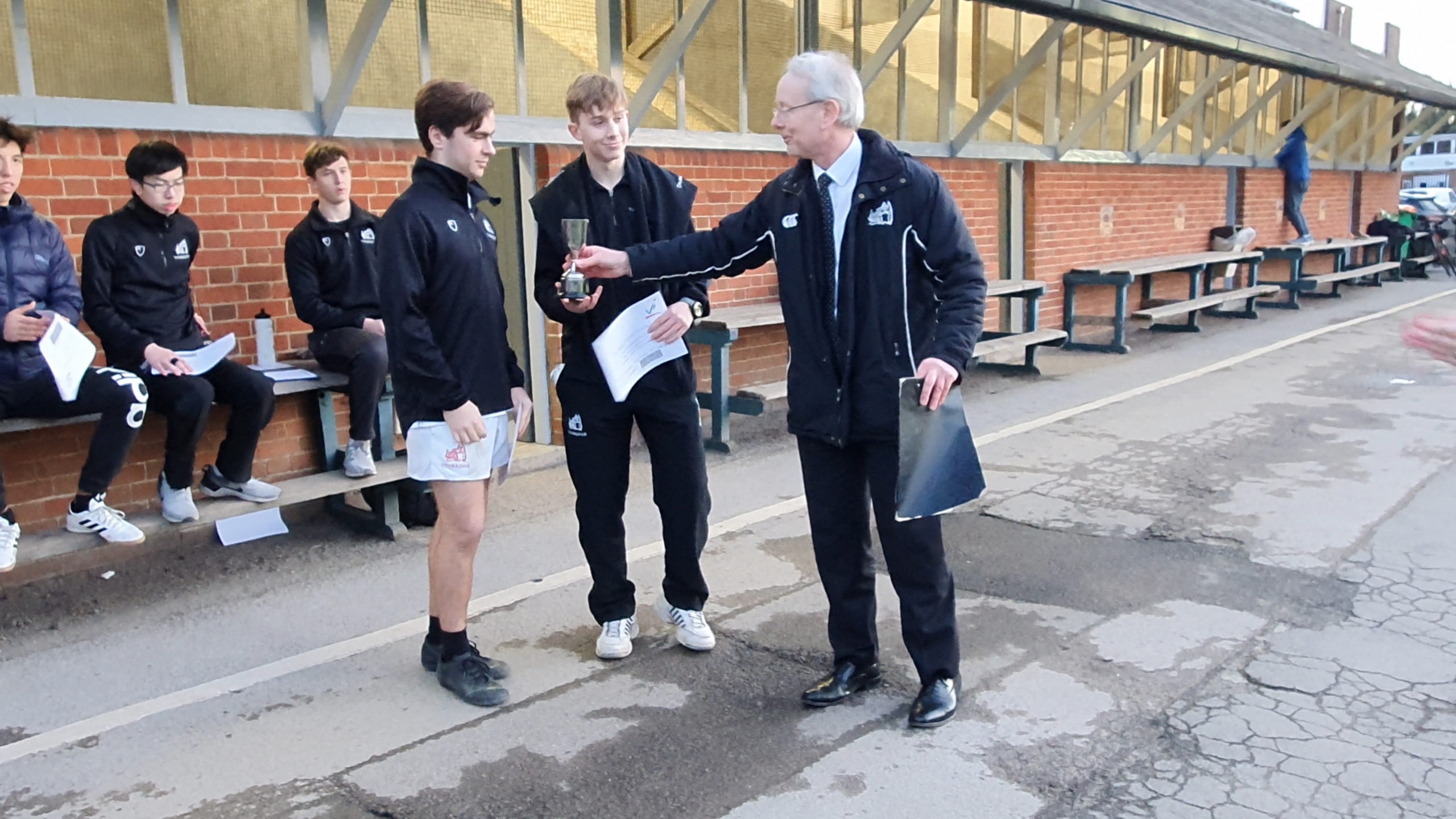 … and his winning partner in the U16 Doubles