Some 75 members of the RFA and their guests gathered at the Queen’s Club in West London yesterday to celebrate the 90th anniversary of the Association at The Alastair Mackenzie Anniversary Dinner.

The guest list included everyone from greats of the game – including David Gardner, Stan Holt, Ian Fuller and David Hebden – to members of the Board, today’s top players and the self-proclaimed ‘Next Generation’. Chief among this latter party – and it certainly was a ‘party’ on their table – were the likes of David Butler, Theo Parker and Ollie Arnold. However, the young man who left the greatest impression was Sam Russell, inspired by the occasion, the company and maybe just the atmosphere to say a few impromptu, but thoroughly heartfelt, words to his fellow diners.

His speech was the final one of four addresses that varied in tone, content and – let’s be honest – coherence, but all of which perfectly suited the occasion. David Bawtree and Bernard Atkinson spoke with passion and eloquence about the game and its history, while Alex Smith gave a wide-ranging crowd-pleaser of a speech that left everyone bemused and amused in equal measure.

In fact, that probably summed up the event better than anything. At various points in the evening, most people lost track of quite what was going on, despite Guy Matthews’ best efforts to marshal the troops. But, everyone had a smile on their face from the moment they arrived to the moment they left. Whether it was the rekindling of old friendships or the establishment of new ones, it was a great evening that was enjoyed by all who attended.

After all, it’s not that often that the Board of the RFA will actively encourage its members to hit the bar. 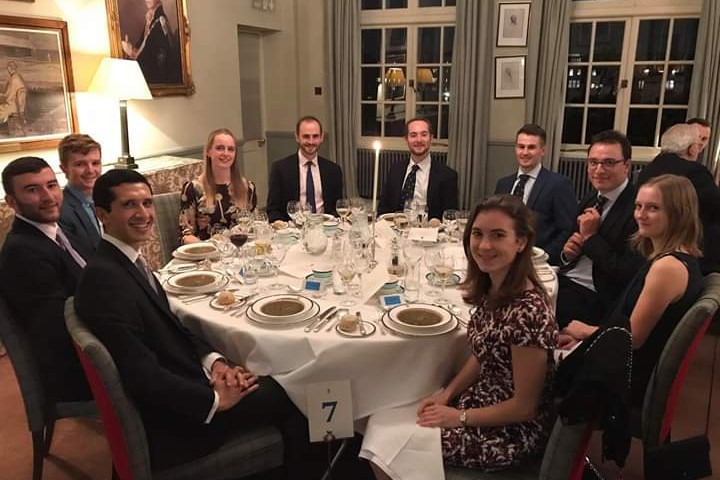