The RFA is sad to report the death at the age of 76 of FRF (‘Rick’) Wilson. Player, coach and stalwart of the Alleyn Old Boys Fives Club, though himself an Old Bedfordian, Rick was President of the RFA 1991-1993.

At Bedford School, where he excelled at  several sports, he was known as ‘Bob’, but adopted ‘Rick’ at university. He studied at Edinburgh University and did teacher training at the University of Leeds, where he played in a strong university IV. He went on to teach Modern Languages at Oswestry School, where he met his wife Beryl, then Dulwich College.

Rick taught at Dulwich College for some 30 years, including a long stint as a housemaster. He was a devoted and successful coach of Rugby and also became a qualified RFU referee. In addition he had a long association with the Old Alleynians Football Club, as a player, coach, supporter and ultimately chairman.

In the 70s and 80s Rick was a regular participant in the President’s Cup, winning the Mate’s Plate and the Love Mug twice each. In 1995 he was runner-up, with David Hebden, in the Veterans’ Doubles. Rick has been described by one of his regular club-mates as “charming, competitive, occasionally cussed, with a warm smile and a weakness for the gentle cross-court shot so beloved of players at Alleyn’s”.

We would also like to record the passing of Peter Grender, runner-up in the National Doubles in 1957, winner of the Scottish Doubles  in 1957 and 1958, and of the North of England Doubles in 1958, all with the same partner, fellow Old Dunstonian David Gardner. 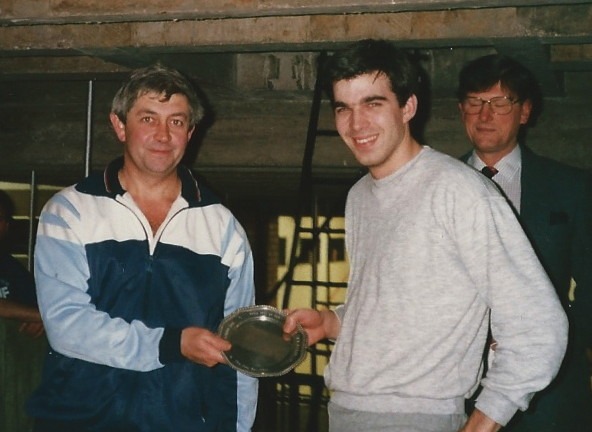 Rick Wilson with Bruce Hanton, winners of the Mate’s Plate 1987 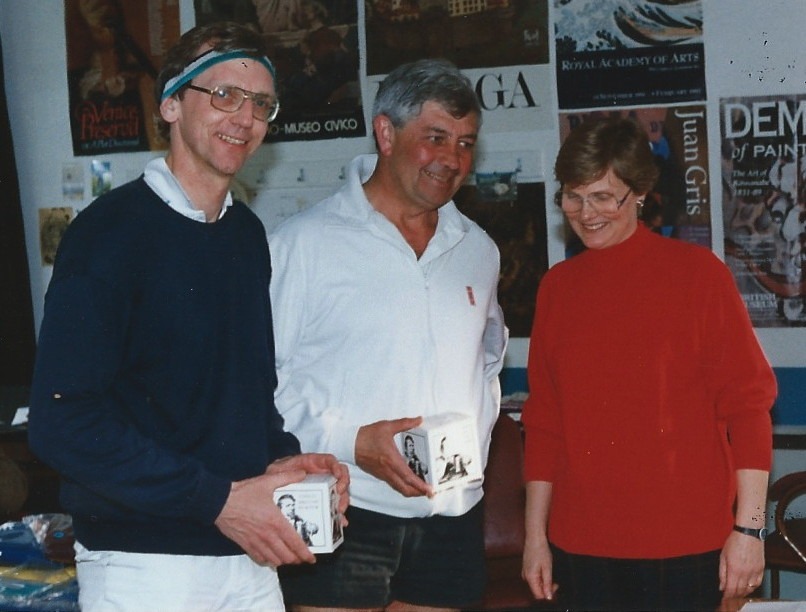 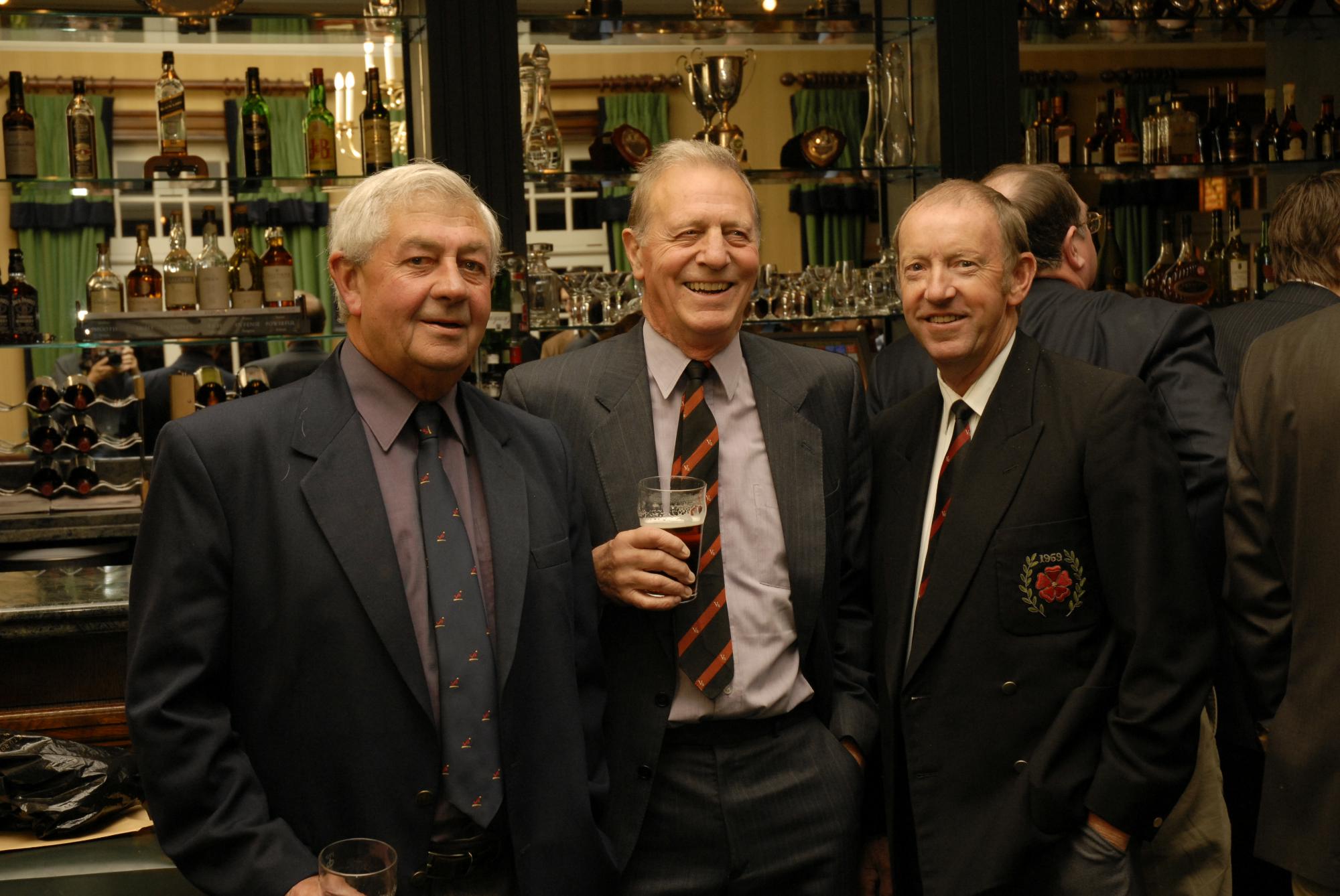