The RFA is sad to report the death this month of Alleyn Old Boy fives player Bob Dorey. Bob (second from the left above) is shown in 1955 as one of the 1st IV at Alleyn’s School. In 1957 he won the Public Schools Singles at Whitgift School.

A left-hander of notable elegance, Bob Dorey went on to be a successful senior player, reaching the final of the National Doubles with his school partner Pat Badmin in 1960. There they lost to Old Dunstonians Stan Holt and David Gardner in the final, having knocked out the 4-time defending champions Pretlove and Silk in the second round. An occasional player thereafter, Bob reached the semi-final in 1967 playing with Cambridge undergraduate Bob Dolby: they lost to previous champions John Pretlove and Bob Smith — all four players were AOBs.

A very talented sportsman, whose pursuit of fives, football and cricket in particular was curtailed at an early stage by heart disease, Bob worked for the London Underground. Like many people of talent and commitment he found many activities in retirement to keep him busy. A full tribute will be published in due course. 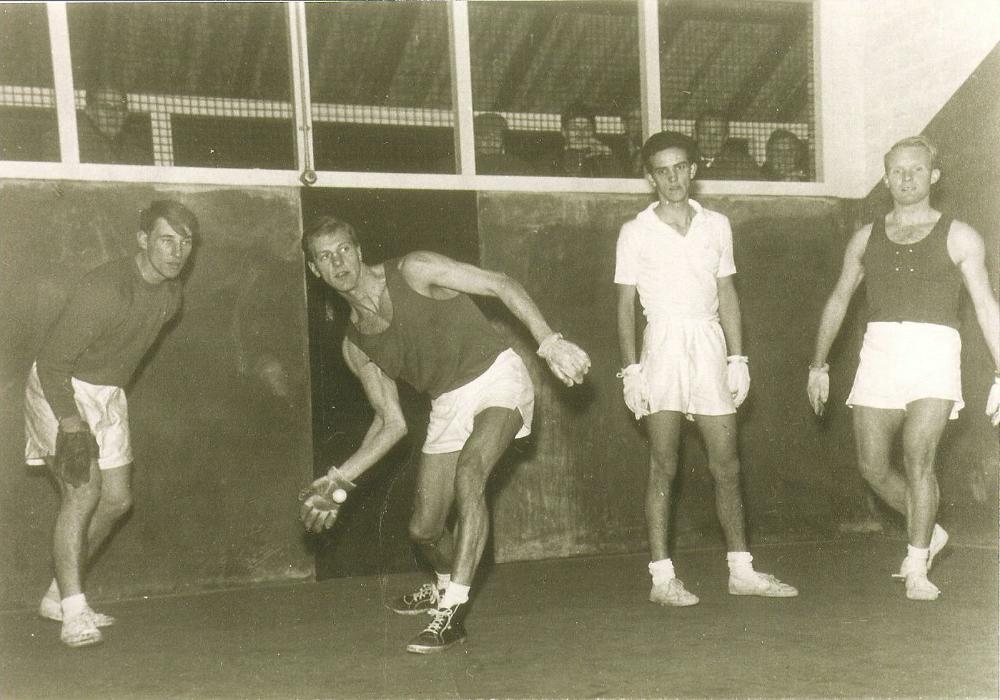